Aston Villa has moved fast this transfer window, with three players already in the books, and Steven Gerrard is far from finished, still keen on adding a few more talents. With Boubacar Kamara, Gerrard has attracted one of the most promising young talents in European football who was also linked with Manchester United and Bayern Munich.

Just over a year later Rudy Garcia handed him his senior debut in the Europa League. Six weeks later, Kamara made his first appearance in Ligue 1 replacing Patrice Evra in the 1:0 win over Lille. An ankle injury cost him most of the season, but the youngster started in the last three games of the season, and he played 70 minutes in the 2018-19 season. Establishing himself as a key member of the first team, receiving just one French cap, Kamara has featured 48 times in various age groups from the U17s to under U21s and has made nearly 150 appearances for his boyhood club Marseille.

In this tactical analysis, we will take a look at how Kamara is deployed in Marseille’s tactics. Also, this scout report will be an analysis of Kamara’s biggest strengths as well as how he will fit into Aston Villa’s side.

Kamara is a defensive midfielder that has played in central defence and even at fullback. He established himself in the first team as a central defender but has mainly played in midfield since 2020. Under Andre Villas-Boas, Kamara was deployed as both a single pivot in a 4-3-3 and in a double pivot. Regardless, Kamara would often split the centre-backs in possession creating a back three and operating as the deepest midfielder. 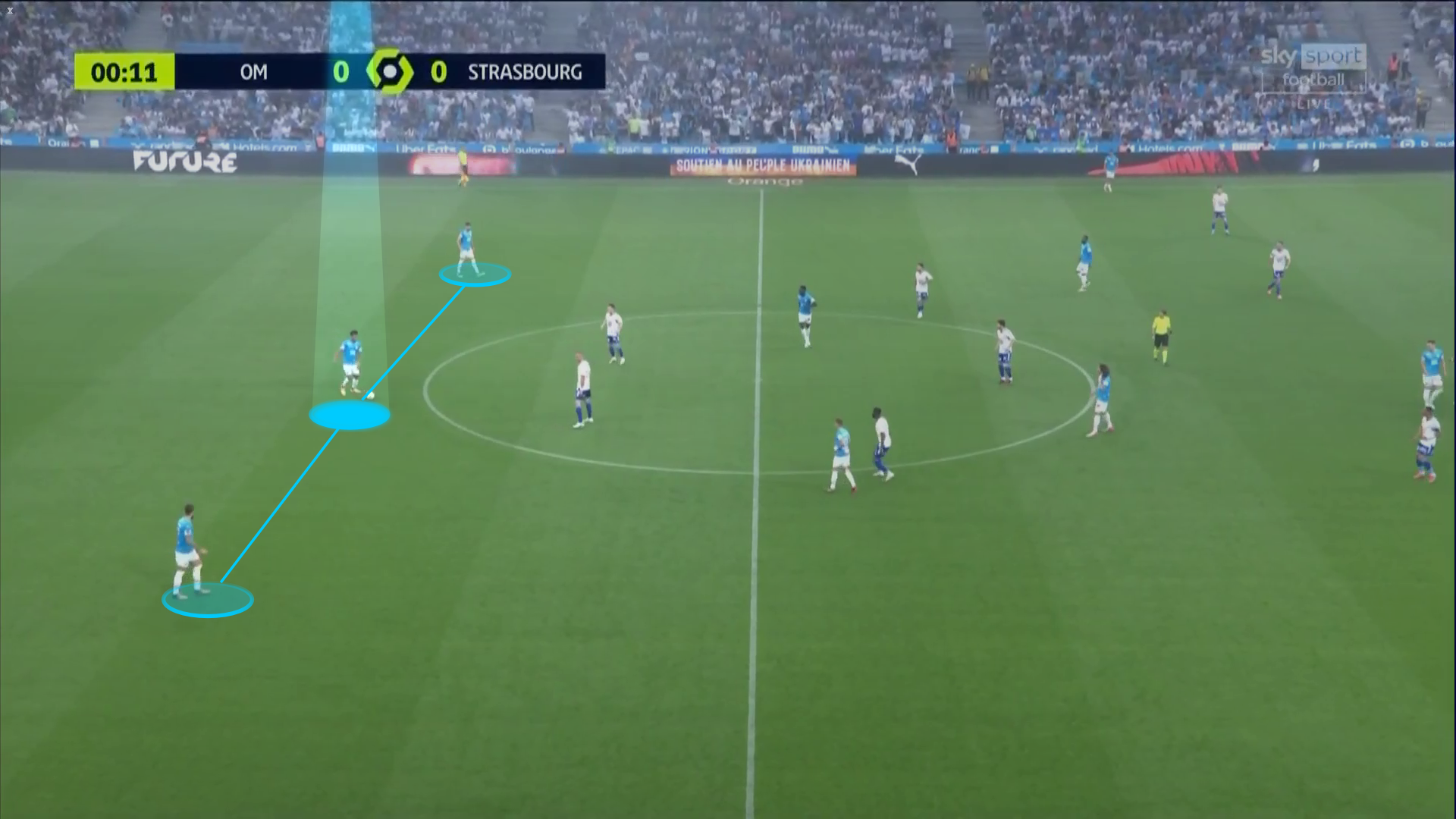 Meanwhile this season under Jorge Sampaoli, Kamara has played largely in a double pivot of a 4-2-3-1 that transitions to a 3-2-4-1 in possession. 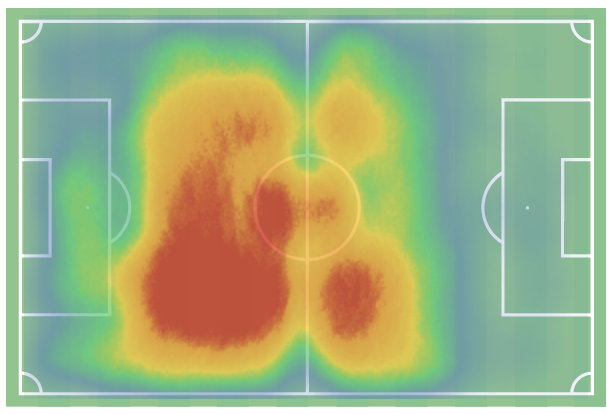 This shape sees Marseille frequently rotate positions to create a sphere man. Kamara spends the majority of his time in defence and midfield but if the structure requires, Kamara has the tactical intelligence to move into the attacking unit.

This shape and system require the full use of Kamara’s skill set: The Frenchman is extremely composed in possession playing the game at his own tempo with the intelligence to know how patiently or how quickly to set the tempo. He’s also a very good passer of the ball with a good first touch whilst without the ball, he’s a tenacious, aggressive defender who’s strong in the tackle with an affinity for sliding tackles.

In Sampaoli’s system, Kamara is used as the pivot point to keep the ball moving with short simple passes to create angles for the centre-backs or central midfield partner Guendouzi to progress the ball through passes and dribbles.

Whilst this can make Kamara look underwhelming, his role is integral to his side’s positional play as he’s always available to receive and act as a short passing out ball to escape pressure and reset often in order to allow Marseille to move into their attacking structure once possession has been won.

On the other hand, Kamara is also able to play exceptional progressive through passes in behind the opposition’s defensive line as we can see in the example below. 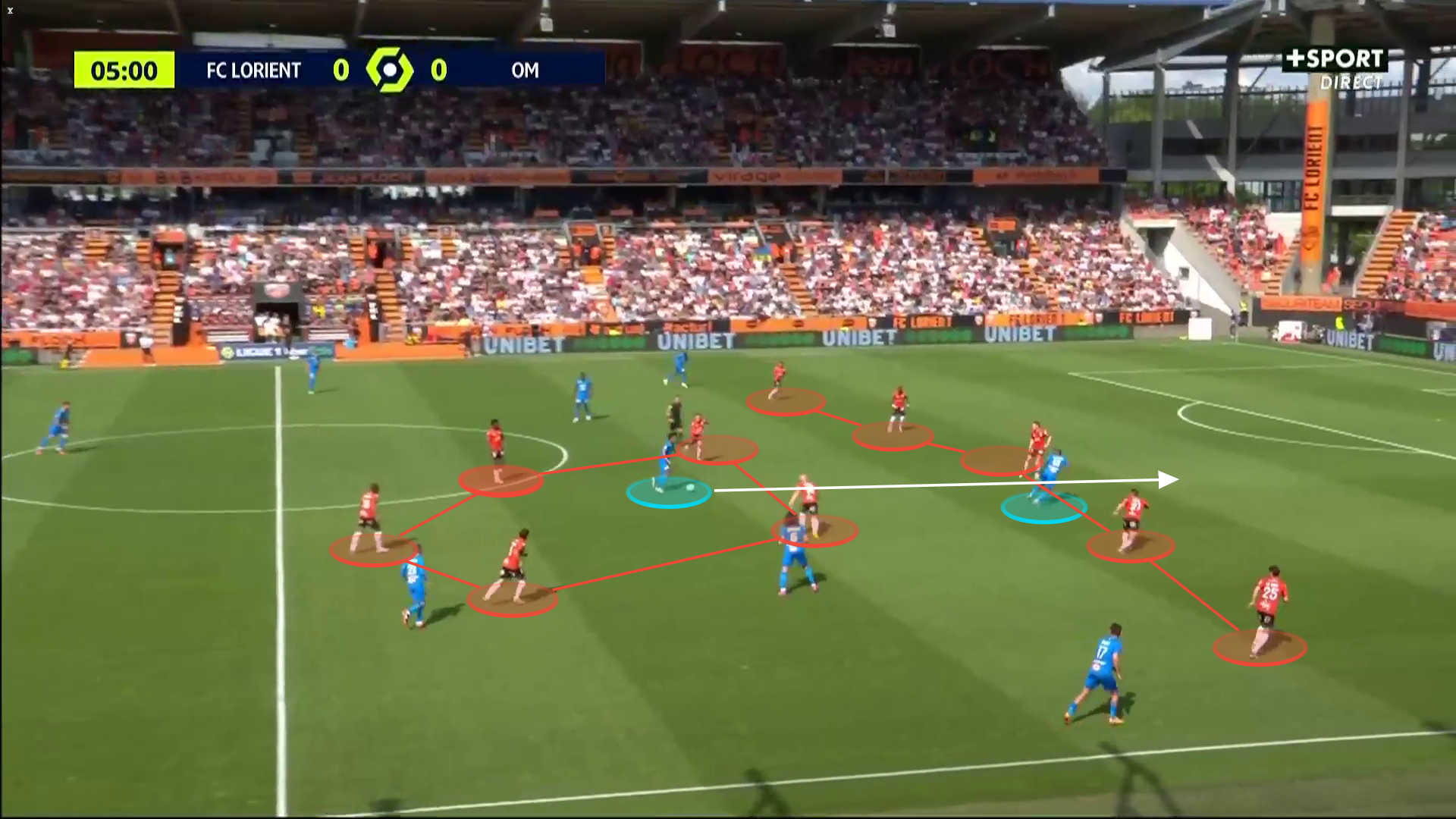 However, when he’s got time and space, he’s got the ability to find the feet of the forwards or play switches of play.

These longer passes highlight his impressive technique with Kamara playing accurate and driven switches that quickly reach their target as opposed to slower passes that can ruin the tempo of an attack. 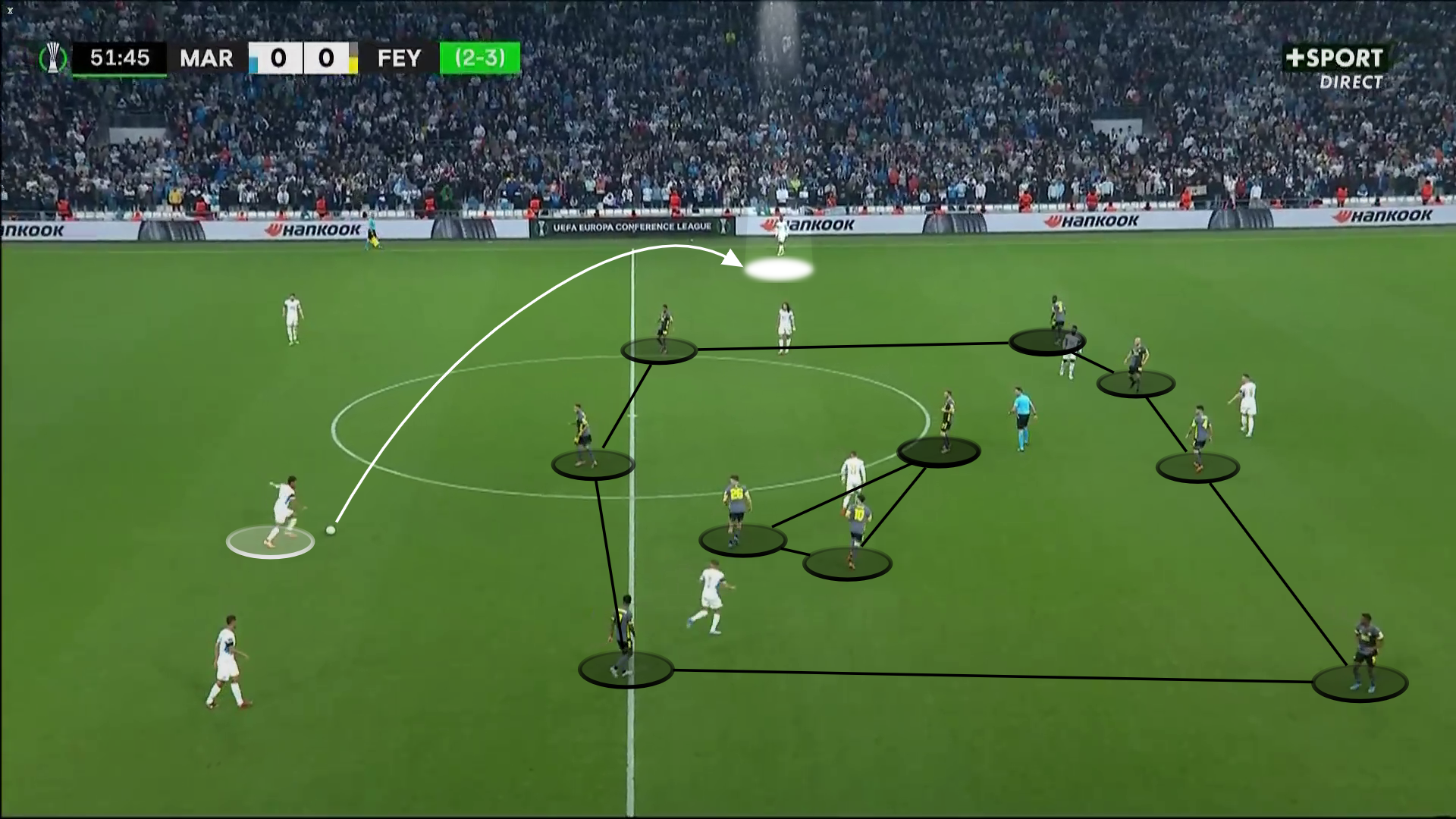 His tactical intelligence also means, he’s always available to receive passes – especially in the final third, where he can work the ball to the other flank, or he loves a reverse pass back to where he’s received it from.

He did this against Lazio in this season’s Europa League: He is receiving in the inside left channel from Payet and able to shape the play centrally off to the other flank. 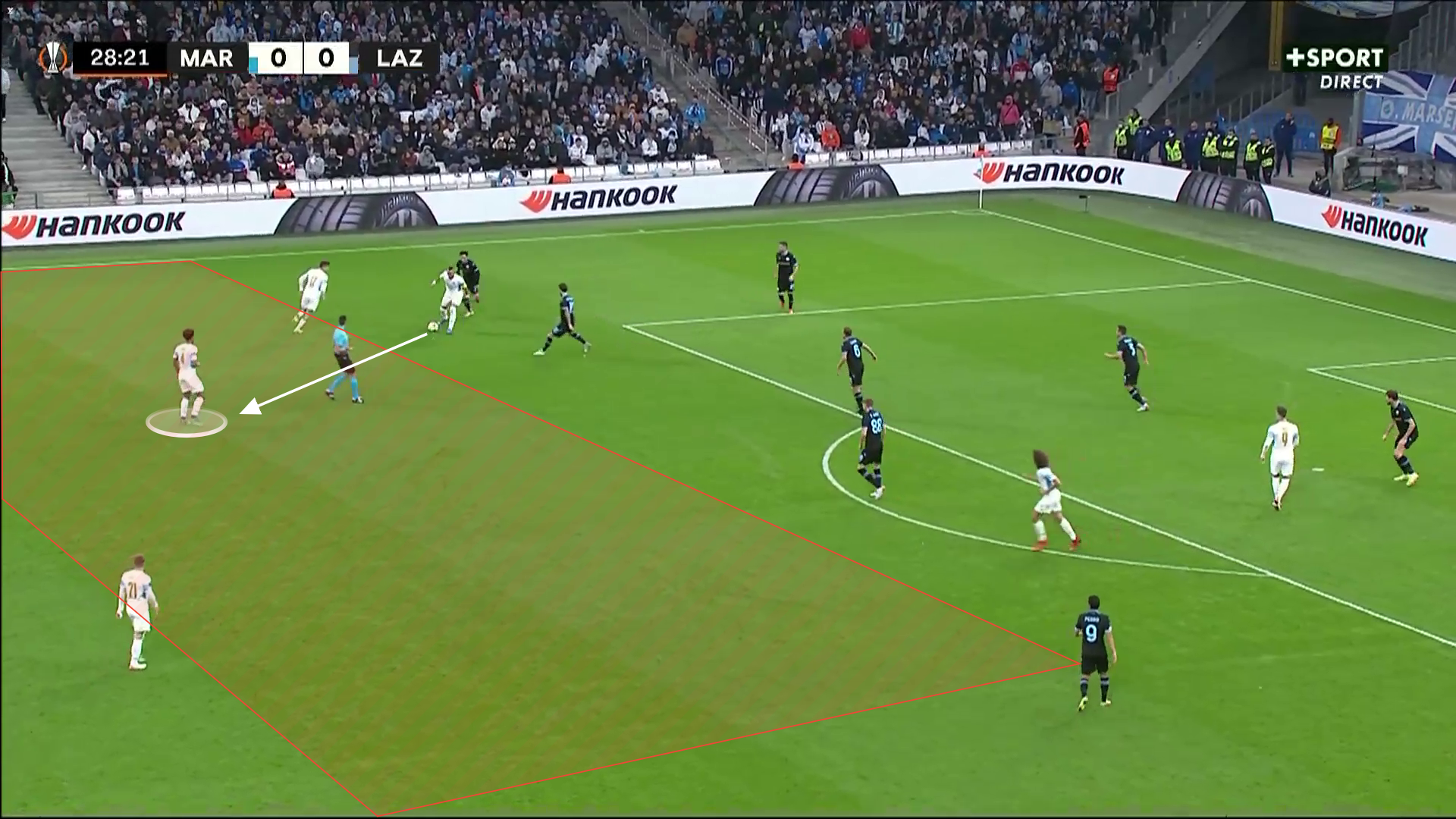 Instead, he plays a reverse pass back to the left flank creating massive space for the fullback as the Lazio defenders are completely caught out by surprise. The left-back then has the time to set himself and whip a cross in which creates a penalty. 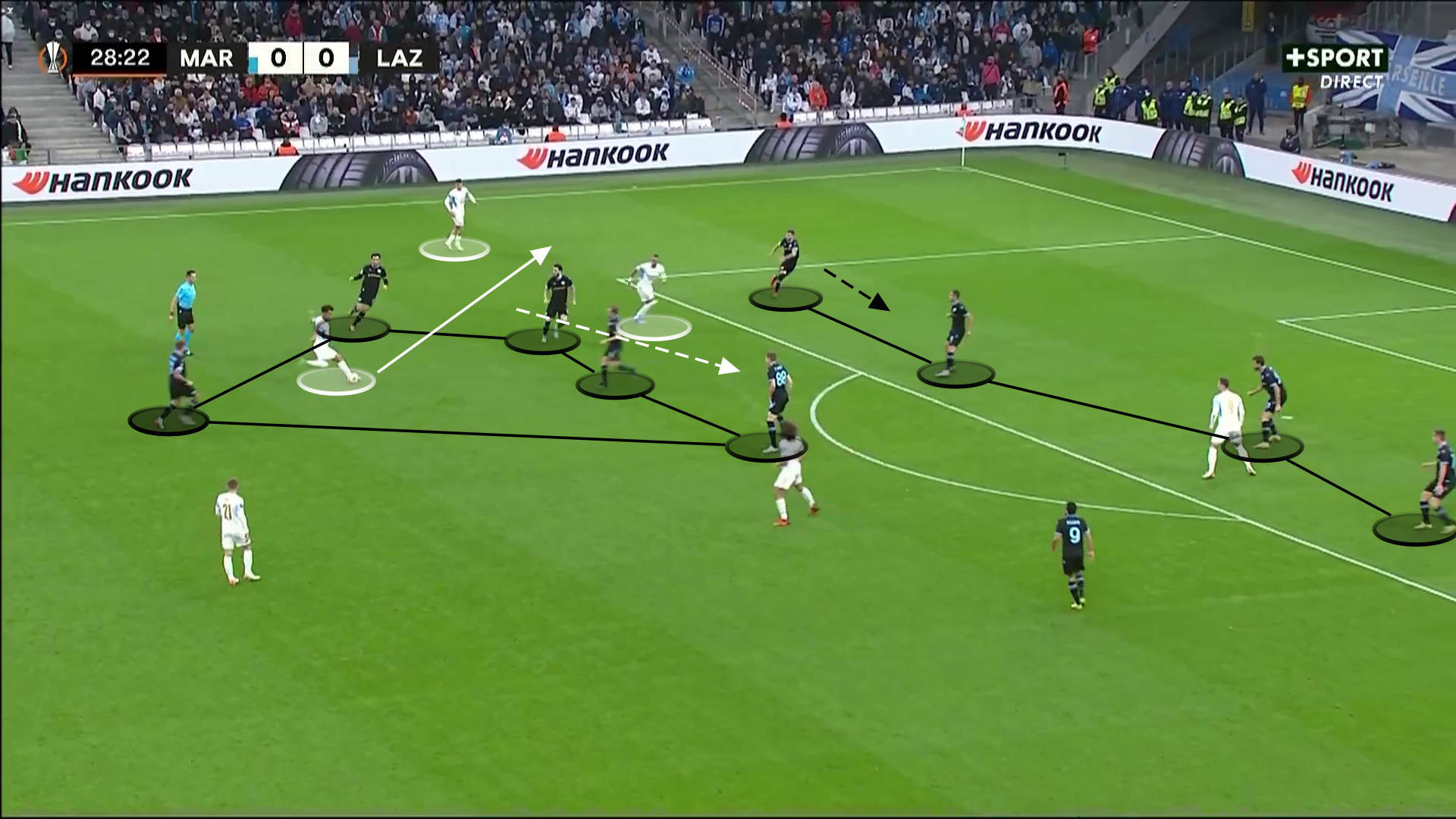 Without the ball, the shape is also fluid – sometimes defending in a back four with Kamara in midfield, whilst at times, Kamara drops into a back five. He reads the game so well and is aggressive in his challenges often winning the ball through strong standing tackles.

Whilst Kamara does drop off, he’s very good in the mid-block situations where he can jump out on a receiver and tackle from behind. 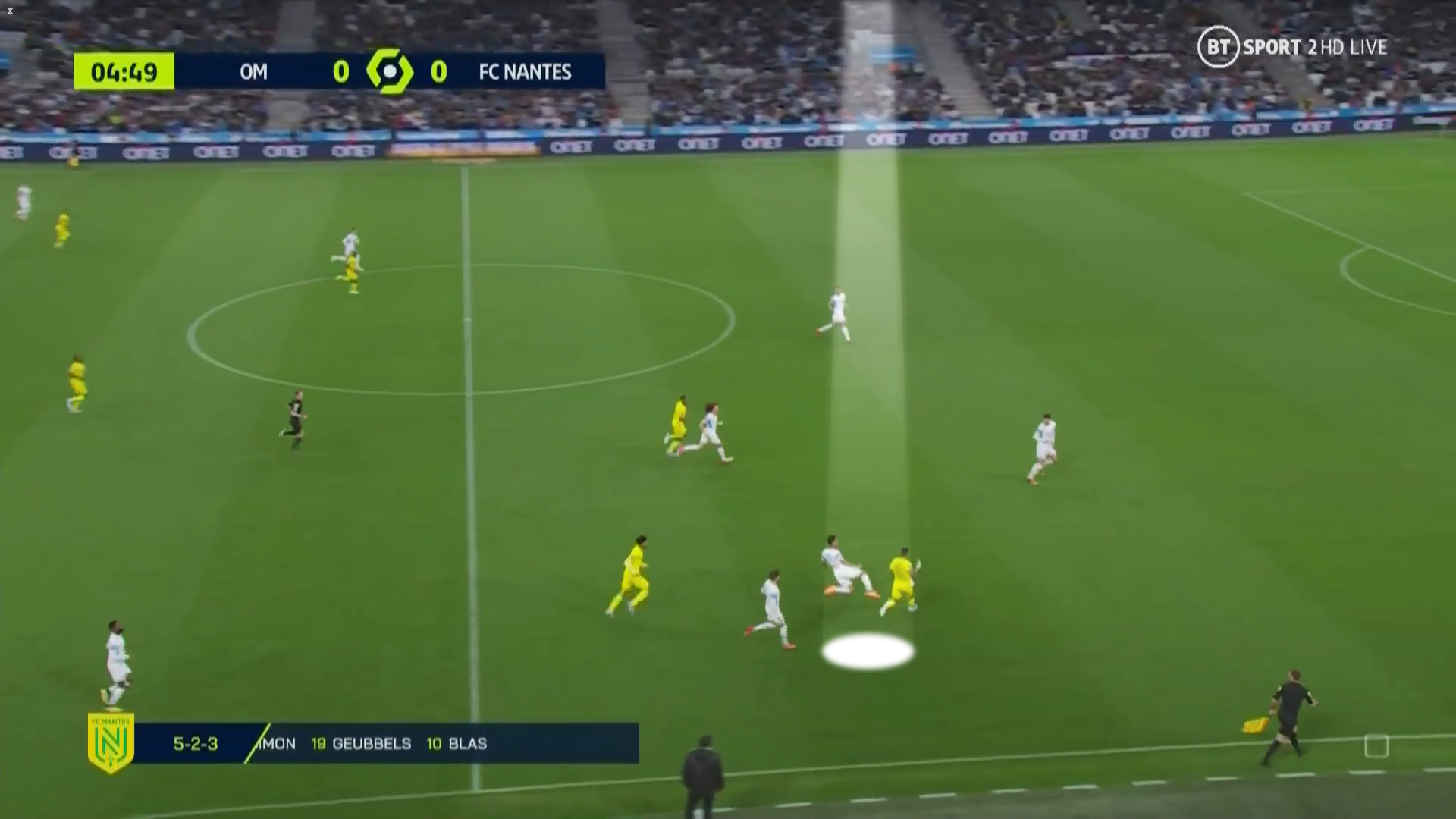 Statistically, Kamara isn’t a volume presser but he’s very efficient. He’s been successful with most of his pressures this season ranking in the top three of central midfielders across Europe’s top five leagues. The Frenchman also ranks in the 87th percentile for tackles one and he wins lots of his tackles against dribblers ranking him in the 91st percentile in Europe’s top five leagues.

He’s also a good aerial defender: Despite standing at 184cm, he wins over 60% of his aerial challenges by reading the flight of the ball well and giving himself space to attack it and generate momentum. 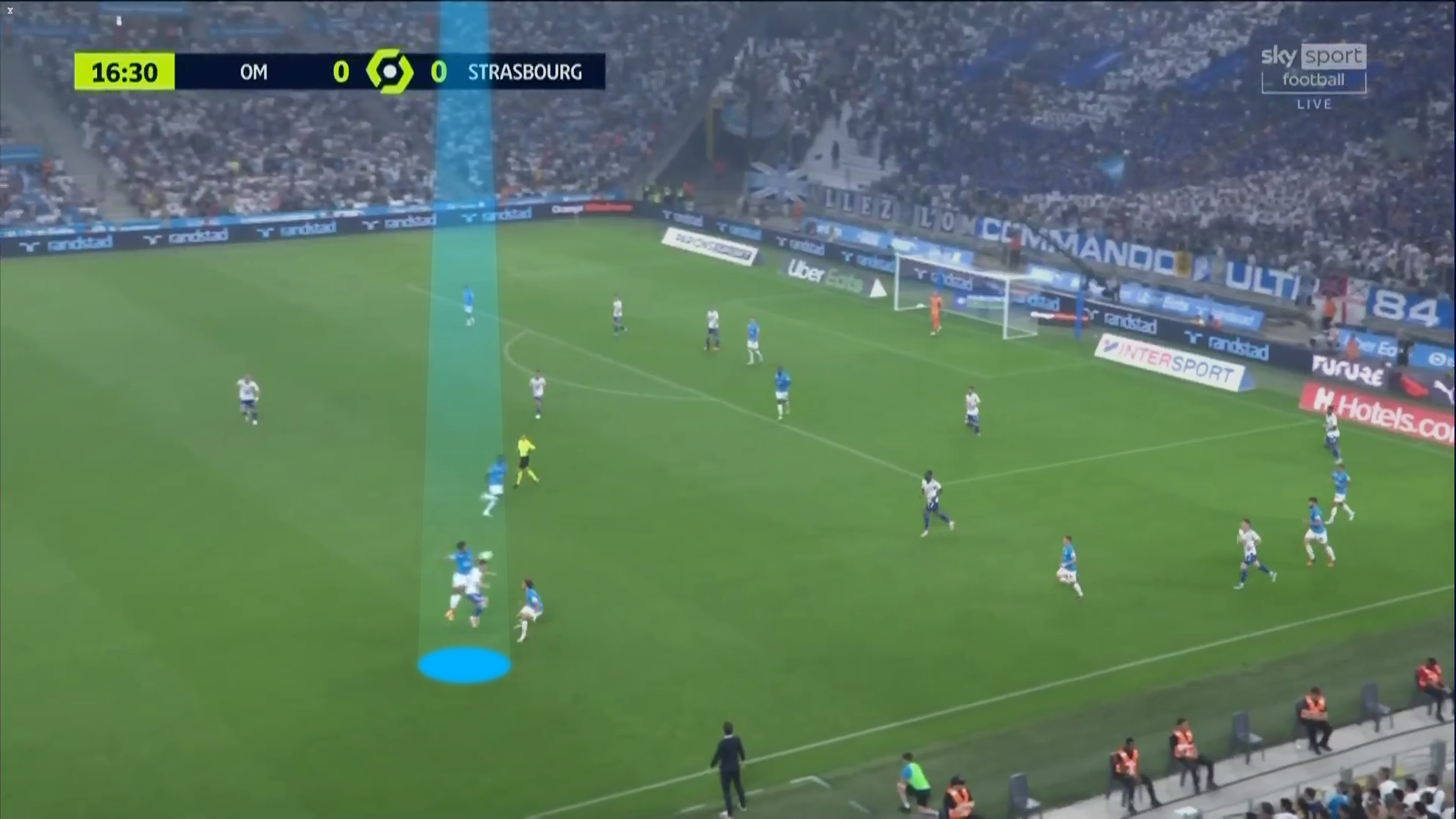 In terms of player comparisons, he is a lot like Leeds United’s Kalvin Phillips: a central midfielder with the technical ability to play further forward, but the tactical intelligence and defensive strength make him very useful at screening defence.

Like Phillips, Kamara also drops in to create a back five when facing two strikers but then returns to defend to midfield to act as a pivot once possession is won.

The slight difference between Phillips and Kamara would be the passing range. Phillips is quite direct. He uses his long passing to hit the channels and hit strikers and wingers out wide, whereas Kamara is more of a possession point moving the ball around for allowing the likes of Guendouzi to progress the play.

With Boubacar Kamara, Steven Gerrard and Aston Villa get an outstanding talent in world football. He has lots of qualities in both offence and defence. Due to his age, he still has the potential to improve in all areas. Since he is a free agent in the summer, this transfer might be one of the biggest bargains in the transfer window.