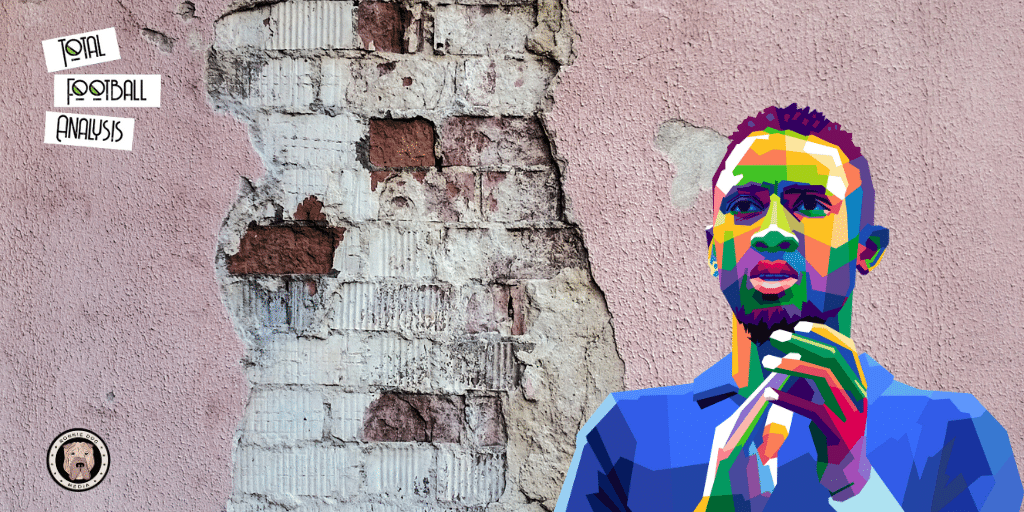 Leicester City have been one of the big shocks of the Premier League this season. While many predicted that they’d improve on their ninth-place finish last season under new manager Brendan Rodgers, no one predicted that they would perform at the high level and consistency that they have been showcasing all season. At the time of writing, they sit third in the table, garnering a point total of 48 points. They are eight points ahead of fourth-place Chelsea and are likely to finish the season with a Champions League spot secured for the 2020/21 season.

Throughout the season, many of Leicester City’s players have garnered attention from the media and fans alike for their performances. Jamie Vardy, who is currently in the lead as the league’s top scorer, has been hailed as one of the major reasons Leicester City are so high in the table, as the former English international seems to score almost every match. Çağlar Söyüncü has been hailed for his performances in central defence, especially after the world record transfer of Harry Maguire left fans wondering if Leicester City had the capabilities to be a strong defensive unit.

James Maddison has continued his form from his debut season with the club and has been able to make a strong case for himself to be called up internationally by Gareth Southgate. Ben Chilwell has also solidified himself as one of the top left-backs in the league this season, and another one that Southgate will have his eyes on come to the Euros. These players have all played a huge part in getting Leicester City, as others have, but it seems like Wilfred Ndidi did not get the same praise as his teammates. That is until he was out injured, and it became clear that Leicester City started to suffer because of his absence.

It can be hard to quantify who is a team’s most important player, but this tactical analysis will showcase the effects of Ndidi’s injury, how crucial a defensive midfielder is in Brendan Rodgers’ system, and how Ndidi’s attributes allow him to excel in the role that his teammates who came in to replace him struggled in.

A defensive midfielder in Rodgers’ system

Before Rodgers’ appointment in February of last season, Leicester City were being managed by Claude Puel. Under Puel, Leicester City relied on a counter-attacking strategy to win matches. This meant that out of possession, Leicester City would sit deep, and stay compact. When Puel was dismissed from the club after a string of bad results, and Rodgers came in, most were aware that the club’s style of play would change massively, based on the tactical approaches Rodgers had taken at previous clubs.

Whilst in possession, regardless of the formation, Leicester City will be on the front foot. Their plan is to stretch the opposition’s defence by utilizing their full-backs and wingers to stay high and wide. This, in turn, makes the opposition’s defence disoriented, which then allows, Leicester City’s central attacking players to occupy dangerous half-spaces in between the lines.

Leicester City’s change in manager has seen them become more of an attacking-minded team. This is a high risk, high reward system because for all their attacking strength, something must give defensively. This is where the importance of a strong defensive midfielder in Rodgers’ system comes in.

Out of possession, Leicester City will implement some sort of press in order to win the ball back quickly, allowing them to stay in the offensive shape that they are in. Only if this press is bypassed, will they go into their defensive formation. Whilst in this defensive shape, it is the defensive midfielders job to do a lot of the extra ‘dirty work’. Each player will have a zone or an area of the pitch in which they are responsible for defending, whether that be the ball carrier on the opposition team, or opposition players looking for a pass. This leaves the defensive midfielder to be responsible for and aware of multiple plays by the opposition.

First, he is responsible for marking the late runs coming from midfield by the opposition players. He has to have the ability to spot the run from early on, and either stay on the player, and ensure he is unable to get the initial pass, or block the pass from getting to the player in a dangerous situation.

Second, he is responsible for tracking the movement of overlapping full-backs. In the modern game, it is rare to find teams that do not utilize their full-backs to support their attack. The defensive midfielder has to be aware of the spaces in which the full-back occupies and the severity of the danger they possess.

What Ndidi excels at

It is obvious that Rodgers tasks his defensive midfielder to do quite a bit of work, especially out of possession. This scout report‘s aim is to show that one of the reasons Ndidi is so important to this Leicester City side is because of his ability to go beyond what Rodgers expects in a defensive midfielder.

Ndidi’s defensive positioning is one of the best in the league for a midfielder, not only because of his ability to spot danger quickly but because he is able to react quickly as well, a somewhat underrated aspect of positioning, as it is somewhat unhelpful to spot the danger, but not be able to do anything to prevent it. Specifically, in Leicester City’s case, the two full-backs enjoy getting high and wide, as mentioned earlier, this is part of Leicester City’s plan in the attacking phase. Ndidi is left to cover the flanks in his own half in case of quick turnovers of possession.

Another aspect of positioning is maintaining focus and staying with a player even when they lay off the ball to their teammate. Ndidi recognizes the danger is still there and will remain to cover the player or block the passing lane.

Ndidi’s height and strength gives him an advantage in 1vs1’s. They become particularly useful when Leicester City are still in transition from attack to defence.

Winning over 10.1 defensive duels per 90, Ndidi is constantly breaking up play and making it difficult for the opposition to get into an attacking rhythm that is sustainable.

What Leicester City were missing in Ndidi’s absence

Due to injury, Ndidi missed two league matches and was not in the squad against both Southampton and Burnley. Leicester City lost both matches. And it was not a coincidence. Without Ndidi in midfield, Leicester City struggled in defence against both teams.

For the Southampton match, Rodgers opted for Hamza Choudhury as Ndidi’s replacement. Choudhury really struggled sitting deeper in midfield than he usually does, and oftentimes, it felt like the happenings of the match simply went by him. He was not as authoritative and commanding as Ndidi usually is, and often times, while he had the right idea in how to stop an attack, he was ineffective in actually doing so.

Choudhury seemed to struggle in this match because he was the last man in front of the defence, not higher up. Only winning 50% of his duels, and losing possession 10 times, it was clear to Rodgers that Choudhury needed some work if he were to fill Ndidi’s shoes as a defensive midfielder.

This correlates with Rodgers deciding to drop Choudhury come the time Leicester City had to play Burnley in the league, eight days after the Southampton defeat. Against Burnley, Rodgers opted for Nampalys Mendy to replace Ndidi. Mendy’s performance was better than Choudhury’s in that he was much more aware of his surroundings.

However, the lack of risk, something Ndidi does incorporate in his game, both in defence and in attack, really stifled Leicester City as a whole. When playing away, especially at grounds like Turf Moor, the away team needs to have authoritative figures. Mendy played it too safe out of possession, by not challenging the ball often enough, allowing Burnely more time in attacking phases of the match. He only committed to six duels (winning two of them), and only got one interception. The analysis shows that both Choudhury and Mendy are great players in their own right, but both were unable to fill the shoes of Ndidi.

Ndidi: Defensive Mid of the Season?

Ndidi has been a huge asset to Leicester City this season, tactics wise, and his ability had gone slightly under the radar until his injury, showing fans how important he is to the side by watching Leicester City play without him. There are still a few months of the season left, but Ndidi has made a strong case for himself to be the standout defensive midfielder of the season in the Premier League. His consistency in his game is a huge reason as to why Leicester City are so high in the table, and everyone will hope that he remains fit for the rest of the season as Leicester City make their push for a Champions League spot.