Jamie Vardy became the oldest player to win the Premier League Golden Boot when he finished top of the chart for goals scored in the 2019/20 season with 23. He may have struggled to score goals since the turn of the year, but his excellent record in the first half of the season during Leicester’s impressive run meant that it was going to be difficult for any player to beat Vardy for the Golden Boot. Harvey Barnes assisted the most for Vardy in the 2019/20 league season and the visualization below shows all goals that were assisted by Barnes for Vardy. 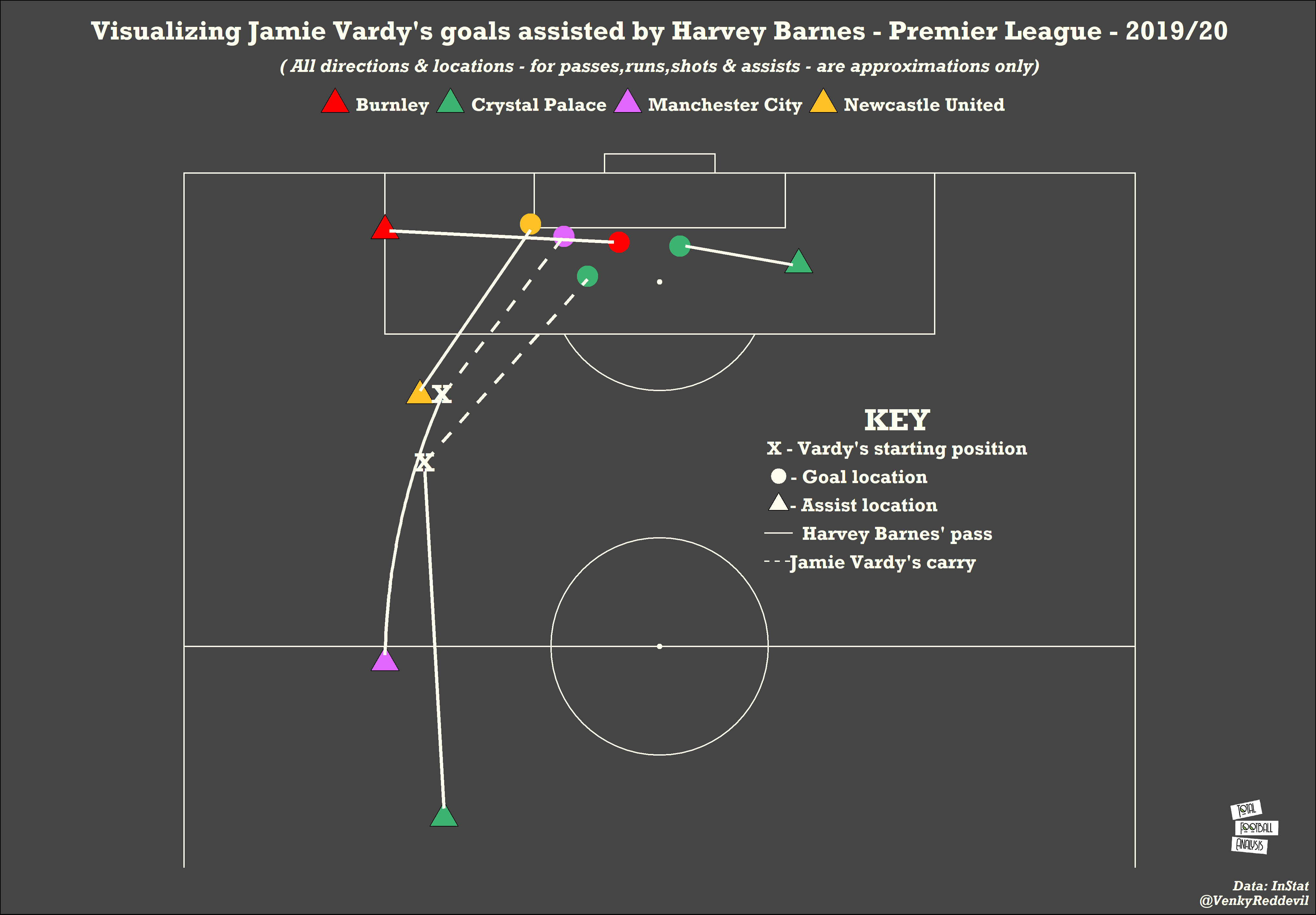 Goal one vs Newcastle United – 53’

In September 2019, Newcastle travelled to Leicester City in search of their second league victory of the season. The two teams had already met earlier in the EFL cup second round with the Foxes clinching that game on penalties. Leicester, meanwhile, fresh from their victory against Spurs and looked to continue their momentum. Three quickfire goals in the second half saw Leicester clinch the tie 5-0 after Newcastle were reduced to 10 men in the first half. Early in the second half, Harvey Barnes collected a long pass from Dennis Praet and chipped it to Vardy, who finished it first time with his left foot from somewhat of an acute angle to put Leicester 2-0 ahead in the game.

After losing to Liverpool through a last-minute penalty in their previous game, Leicester needed to beat Burnley to stay in the race for the title and they did beat the Clarets 2-1 but only after conceding first. Chris Wood put the visitors ahead with a brilliant header in the 26th minute but just as the first half was nearing to a close, Jamie Vardy equalised for the hosts. This equaliser was more about Barnes’ assist than Vardy’s headed finish. After a quick exchange with Ben Chilwell on the left side, Barnes put in a cross with his weak foot from the left side that saw Vardy head it towards the far post.

Leicester City were on a nine-game unbeaten run in the league when they travelled to face Manchester City. The hosts, however, lost their previous home game against Manchester United. Leicester City went on to lose the game 3-1 after initially taking the lead through Jamie Vardy. Vardy’s goal in this game was the most quintessential Jamie Vardy goal. Barnes made an outside foot pass which Vardy received from making the run behind Fernandinho and beat the City defender for pace and finished it past Ederson.

This was Vardy’s first goal post Project Restart and also his 100th Premier League goal. Leicester City secured a 3-0 win, their first win post Project Restart. Jamie Vardy scored a brace, the first of which, a simple tap-in, was assisted by Harvey Barnes.

In the stoppage time of the game against Crystal Palace, Vardy scored his second goal of the game. This goal was similar to the one against Manchester City. After staying just onside to receive a pass from Barnes, Vardy chipped Guaita to secure the three points for his side. 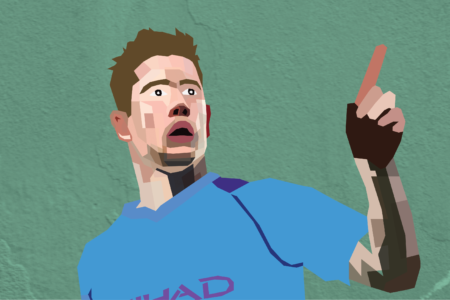