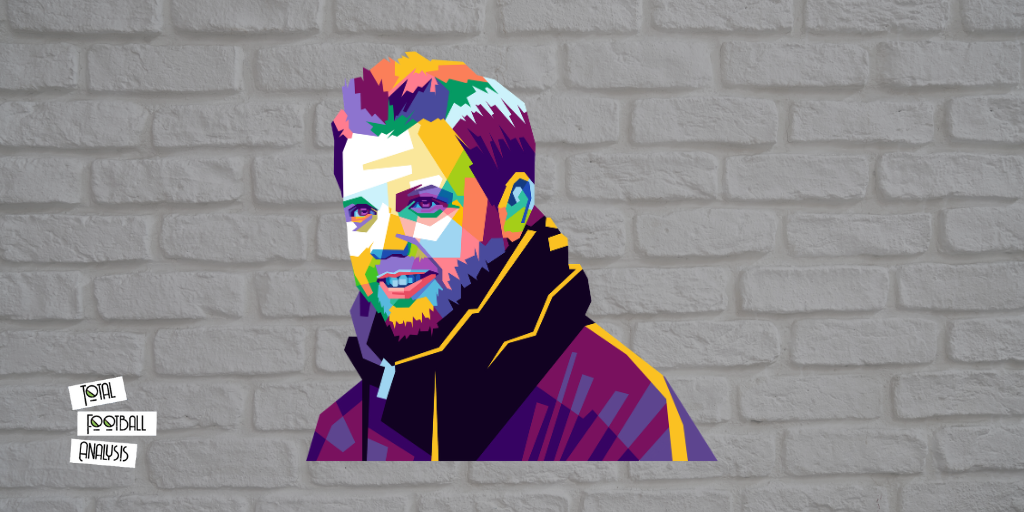 The Bundesliga teams started relying on young coaches more and more and it has transformed the league from head to toe, making it one of the most exciting to watch.

There are a few clubs that confidently appointed some of the youngest and most innovative coaches around. One of them are Werder Bremen, who in 2017 trusted the then 35-year-old Werder Bremen II coach, Florian Kohfeldt.

He has shown a clear vision for the team’s style of play and proved that his approach could be flexible and could adjust to many different opponents. The team has been wandering in the mid-table ever since, unfortunately, not being able to perform on their potential.

Florian Kohfeldt was named Germany’s Coach of the Year for 2018 by the German Football Association (DFB). He managed to improve the team’s performance and get them out of the relegation zone, finishing 11th in the 2017/18 season.

The next season Werder reached the eighth place but saw their top goal scorer Max Kruse (11 goals) leave, which left a lot of questions on whether they would find a good replacement.

They did find a way to replace him, but despite their attack being solid yet again, they allowed some defensive downgrade and they are close to seeing their worst defensive record under the 37-year-old.

This tactical analysis aims to show Kohfeldt’s vision and tactical approach in the Bundesliga and what’s the team’s potential going forward.

Kohfeldt has proven he is very flexible when it comes to his strategies. He is always willing to change the team’s set-up depending on the opposition and frequently makes drastic in-game changes – switching formations and changing the whole approach.

He usually drifts between different formations. His favoured one remains the 4-3-3 though and he often sticks to it as an initial scheme and then makes changes if needed.

Using the 4-3-3 he tends to do rotations upfront and the central forward, in most cases Osako, would have a false nine role and drop deeper to help with the build-up, but also do late runs into the box. The Japanese’s technical abilities and spatial awareness fit Kohfeldt’s vision perfectly, and he turned out to be a good replacement of the team’s ex-star, Max Kruse.

The results might not show it, but the 37-year-old has a rare clear vision of what he wants to see on the pitch. Even though the players do not always fulfil his strategy successfully, his approach could be easily seen in every movement.

Their opponents most frequently use a 4-4-2 or 4-2-3-1 formation, mostly using their midfield to trouble Werder’s build-up.

Werder tend to build-up from the back and play possession football. When in control, they would mostly use the centre-backs as a starting point, who would then spread out to the highly positioned full-backs. The keeper is also regularly involved as an option for retaining possession and forming triangular pass combinations with the central defenders.

They prefer using the left flank for delivering the ball to the more advanced areas, where Rashica would often drop midway to help with the ball distribution.

The centre-midfielders would position in a way to provide more central passing options, often using Şahin’s playmaking abilities to distribute the ball further. Their strength lies in their ability to use both the flanks and the central areas to attack through. The team often overloads the central areas in the opposition half and uses off the ball movement to create opportunities.

When playing against teams that apply high press and their build-up is troubled they tend to use long balls and chipped passes in order to bypass the press. They would send long balls in between the opposition’s midfield and defensive line and use late runs into the box to expose the defence.

In such a case, the whole defensive line would move out from their mid-block and position lower in their own half, bringing the full-backs back. Another pattern seen against teams that apply more pressure is that Werder’s frontline pulls back to the central line in order to pick up the ball and do combinations in an effort to break the opposition’s defensive structure.

The German side likes to play possession football using short-pass combinations. The do 412.4 passes per game with 82.8% accuracy but tend to struggle against teams that match their approach and impose their own pace.

Although Bremen often use the flanks to deliver the ball to the final third, they usually rely on centrally focused attacking play. As already mentioned, the forward players’ positioning is crucial for their attacking ventures. No matter if it would be the centre-forward or the wingers that would drop back. They would often do that no only to pick up the ball and help with finishing the attacks but also would open space for the midfielder to move around the box and provide deep runs, which Kohfeldt has insisted to include in the team’s attacking strategy.

Die Werderaner rely on the high shot frequency and overloading the opposition’s half, forcing them into mistakes. Something that the coach wanted to implement, but it did not work out, is increasing their crossing frequency. Unfortunately, the team’s attempts decreased as well as their accuracy. That is one of the reasons for their slightly lower efficiency in attack. In the 2018/19 season, they performed 17.21 crosses per 90 minutes, whilst in the current season they manage to send only 13.13 crosses on average. It still has not affected their attacking capability a tonne though. They create 13 shots per game.

Another feature of their attacking plan is the use of counter-attacks to expose their opponents. They would use the attackers’ positioning to perform speed counter, as the most active contributor would be Rashica who would stay midway and wait to receive the ball if a possibility for a counter occurs. They perform 3.33 counters per 90 on average.

The team’s defensive performance seems to be the reason for their struggles this season. That’s the thing that takes from their overall straight-forward strategy. It could be seen only from the goals conceded on average this season (2.33) compared to last season (1.44).

Although there could be seen some improvements in them defending during possession phases, there are some other issues that have resulted in that poor-ish results.

They have decreased the number of their back passes and their long passes, which is proof they have found a better way to keep the possession and bypass the press, mostly using lateral passes, although they often get stuck in midfield for too long.

Kohfeldt has also worked on creating a way to stop the team from conceding counters. It all starts with the players’ positioning when still in possession. He prefers committing a few players behind the ball. The centre-backs would stay in position but would also be supported by the defensive midfield.

They have the tendency of losing aerial duels in key areas (mostly around the midfield), which affects their performance during defensive transition and allows the opponents to advance the ball. Although their success record has improved this term.

As already mentioned, they would switch between mid-block and low-block depending on the opposition. They would sometimes commit only one of the full-backs further and stay with a back-three when in possession. They would though drop all four defenders back against attack-minded teams.

They would change their pressing strategy depending on the opposition’s strengths. They would either press up high against teams that tend to build-up from the back using the central back duo or would try to limit the spaces in the midfield and block the passing lanes in order to stop teams that are creative and use a lot of off the ball movement in the central areas. That is not always the case though as they tend to lose the ball exactly midway and concede goal-scoring opportunities afterwards.

They do fail to defend against teams using lots of off the ball movement in and around the box though. The backline’s awareness of their opponent’s movement and positioning is often lacking. Their disturbingly poor performance against Bayern Munich only underlined their main weaknesses. Most of Bayern’s goals came after a creativity boost and off the ball movement in the box, where Werder’s defenders could not react properly and let players sneak behind their back on a few occasions. That is a repeating pattern in their defensive actions that costs them a lot.

Their performance defending in the box is poor overall. They not only struggle to defend against attack-minded teams, but they also show poor decision-making and positioning defending set-pieces.

The team have conceded nine goals from set-pieces this campaign so far. Part of it is their lack of awareness yet again, but they also struggle in winning their aerial duels in the box.

They apply man-to-man marking when covering the flanks too, but they often struggle against teams with higher pace, which causes chaotic movement in Werder’s players and allows their opponents to attack the wings and use crosses to finish the attack. That is not ideal, as already mentioned Bremen lack good positioning and reactions when defending in the box.

As mentioned, Osako was put under immense pressure, as his role was to replace Kruse as one of the leading figures in the attack. Luckily, he did not have to do this on his own, as Werder has quite a few goal scorers this term. The leading scorer is Rashica with seven goals and three assists, followed by Osako with four goals. Davy Klaassen has also contributed with three goals and three assists.

Kohfeldt mainly stuck to last season’s attacking strategy, where he would use a lot of movement. Rashica continues to be a key player, as he contributes to the build-up, but also has strong attacking flair and is clinical when the team counter-attacks.

Davy Klaassen is responsible for retaining possession and distributing the ball to the more advanced areas. He is always among the most frequent passing links and contributes on the left flank, but also tends to cut inside quite often. He increases the creativity levels in the final third, but also contributes with many defensive duels midway, which often allows Werder to gain back possession and attack. His concentration levels and work under pressure are highly valued and the team relies a lot on his movement both upfront and back.

Kohfeldt needs to find a way to improve Werder’s defensive performance, otherwise, it takes off their potential. The team’s overall performance and strategy are not shown in their results, due to the lack of awareness and good reactions under pressure. If the coach manages to minimise these mistakes, his tactical flexibility and ability to adjust to his opponent’s strategy could earn the team a better spot.

The 37-year-old’s approach could fit many teams and there’s no doubt that after gaining some experience he could be among the new shining stars in the Bundesliga.