This week’s set-piece analysis focuses on a trend I have seen unfolding in recent weeks, and that is the use of high positioning against zonal marking. Hoffenheim, Crystal Palace and Arsenal have all scored from using this tactic this season, and this analysis will focus on Crystal Palace’s goal against Everton and the advantages of their positioning.

We can see the play begins with Crystal Palace high in the Everton area and crowding the space around the goalkeeper. They overload the near post and central zone, leaving only the target player Cheikhou Kouyaté at the back post. All players actively attacking apart from one start in the Everton six yard box.

Everton operate in a very zonal orientated defending scheme from corners, with six zonal markers around the six-yard box, with three players covering the near post area, two covering the central zone, and one player on the back post. Palace’s presence in the six yard box hopes to disrupt this structure as much as possible, but with Everton zonally oriented, not much changes.

Just as the ball is kicked, Kouyaté at the back post, who was initially nearly on the goal line, makes a run into a deeper position just behind the back post zonal marker. This initial positioning combined with the movement offers some advantages.

The main advantage seen from this, is that it allows a ‘free run’ at a zonal marker. Zonal markers naturally don’t react to the opposition, and so they defend the same space regardless of opposition structure usually. The advantage of this is that no zone should ever be uncovered, but the disadvantage is that attacking players can sometimes gain a dynamic advantage over a static zonal defender. As a result, man markers are often used with zonal marking, as this allows for players running in to be tracked and slowed down, which reduces the effect of this dynamic advantage.

The advantage of Kouyaté’s initial positioning is that because he is so high up and is in the mix of Everton’s zonal structure, Everton don’t commit a man marker to him. Instead they rely on zonal markers to deal with the space around Kouyaté, and assume that because he is next to the zonal defenders, he can’t gain that advantage. Kouyaté’s blindside run behind the back post defender though means that he is able to gain that advantage, and he is not man marked and followed. If Kouyaté had started his run from the penalty spot, he would be followed by a man marker and Everton would have a chance of adapting.

Instead though, the Palace player gets far side positioning over Richarlison at the back post, and this positioning as well as his speed and height allows him an advantage. As I’ve discussed recently in my analysis of back post corners (which Palace feature in), having far side positioning allows you to attack the ball facing the goal and at a greater speed compared to the defender, who has to jump backwards and shuffle backwards to track the ball. As a result, players at the far side can often jump higher and win headers. Kouyaté does just this here and gets his goal.

A well worked idea by Palace, and something which seems to be used by more and more teams in recent weeks. 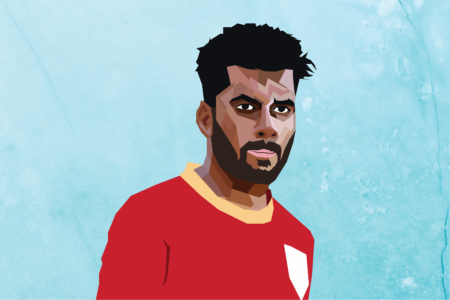 Brandon Fernandes: The rise of an auxiliary midfielder

A coach’s gameplay and tactics rely on the set of players he works with. It is common to see these […]