South American Youth Championship 2019: Players to watch in Group A

The South American Youth Championship begins on 17 January as the best under-20 players in the region converge on Chile. This tournament has thrust youngsters such as Neymar, Barcelona‘s Luis Suarez and most recently Lautaro Martinez into the spotlight, and 2019 should be no different. With that in mind, this tactical analysis will use statistics to highlight one player to watch from each team in Group A.

One of the few Chilean players who is a starter with his club, Nicolas Guerra became a focal point at Universidad de Chile to begin the 2018 season and finished the campaign with 36 appearances in all competitions.

Most of those appearances saw Guerra occupying the number 9 role for Universidad de Chile, although he also started the odd match on the right flank in a 4-3-3.

Guerra’s strengths are his flair, vision and his willingness to defend. He only scored six goals in 2018, yet he constantly created chances with his close control and dribbling. 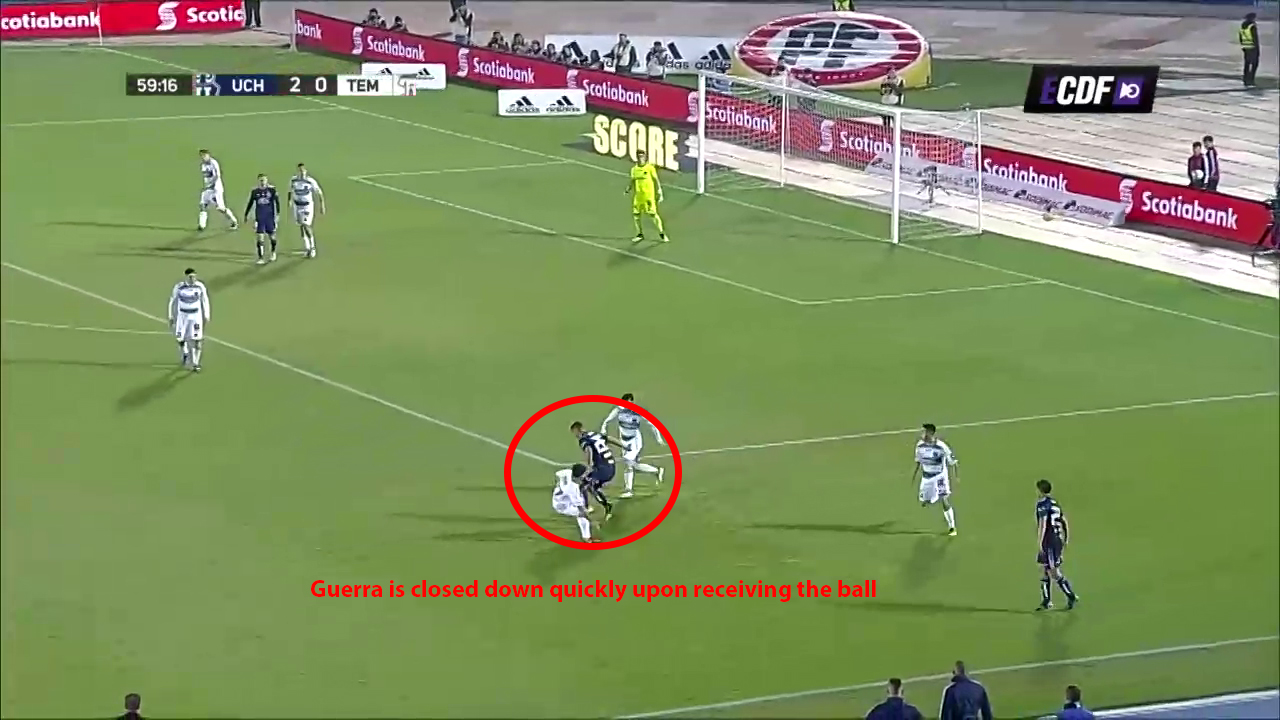 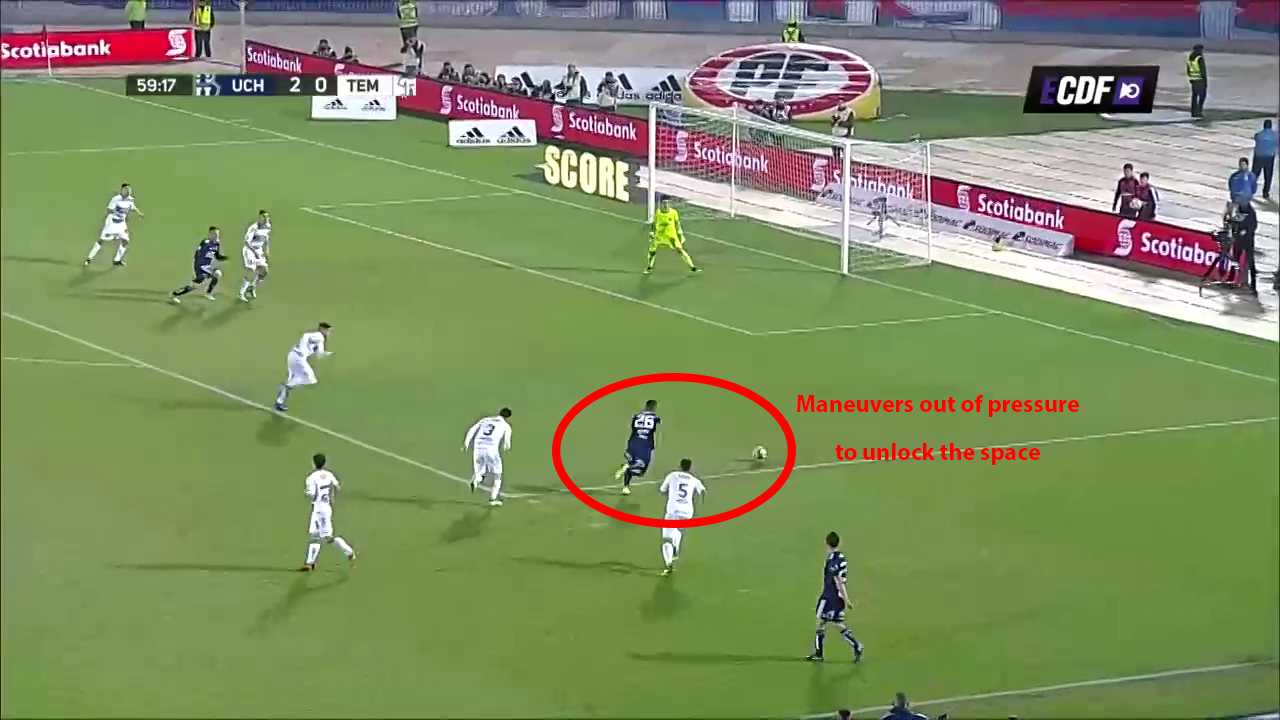 Of course, every striker has to be able to convert his chances, and that is an area where Guerra needs improvement. Therefore, his ideal role in the future might be as a creative number 10 or a winger should a European club pursue the young forward.

Like the other teams, Colombia’s hopes of qualifying for the U-20 World Cup live and die by their midfield. That is why Gustavo Carvajal is so vital for Arturo Reyes’ side.

Predominantly a right-sided central midfielder, Carvajal is a tenacious ball-winner for America de Cali, where he has logged 730 minutes in the Colombian league last season. 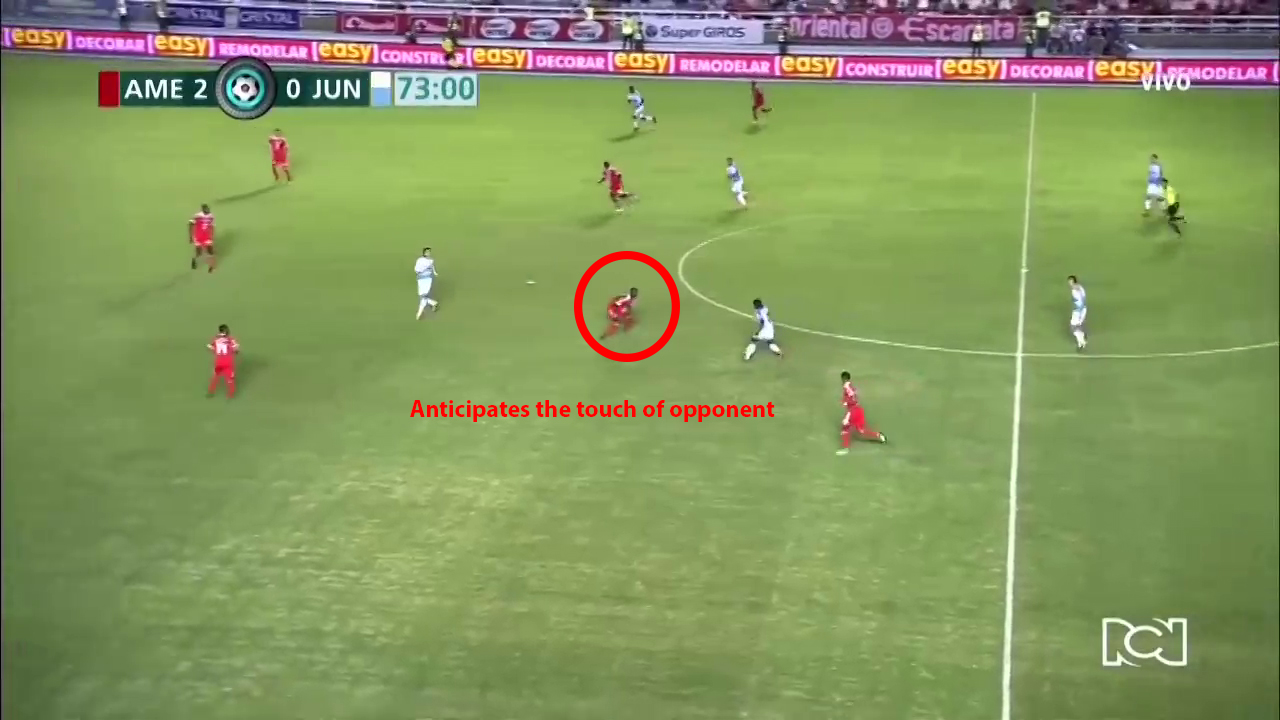 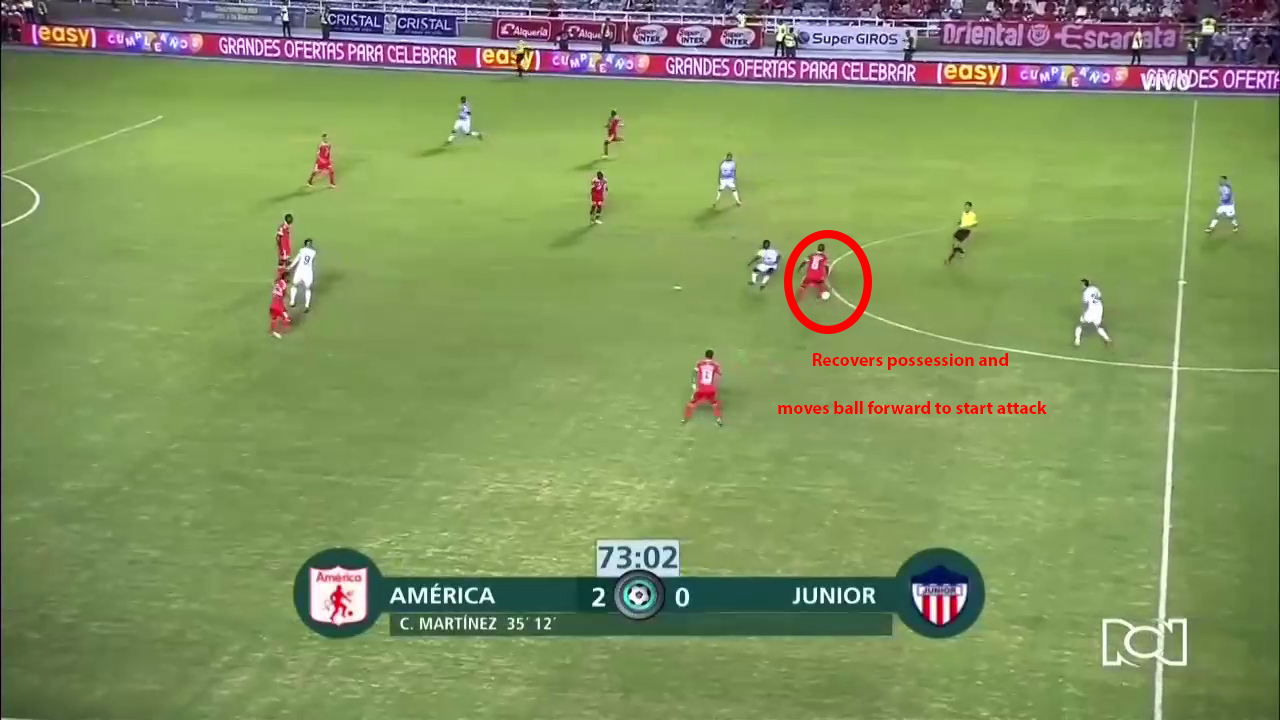 However, as seen above, Carvajal is very comfortable on the ball. He seldom executes the wrong pass and controls the tempo of a match when necessary.

Brazil are always examined closely at the tournament. There are a variety of players who catch the eye of European scouts. One name who could fly under the radar is Alan, Palmeiras’ 18-year-old midfielder. There are reports that Real Madrid already have an agreement to sign him, so there may be extra focus on the Brazilian playmaker.

Alan is still a member of Palmeiras’ under-20 side, although he’s making a case to crack the first team. Capable of playing on the left wing as well as behind the striker, he loves to pick out scintillating through balls into the box and can wreak havoc with his dribbling, too. 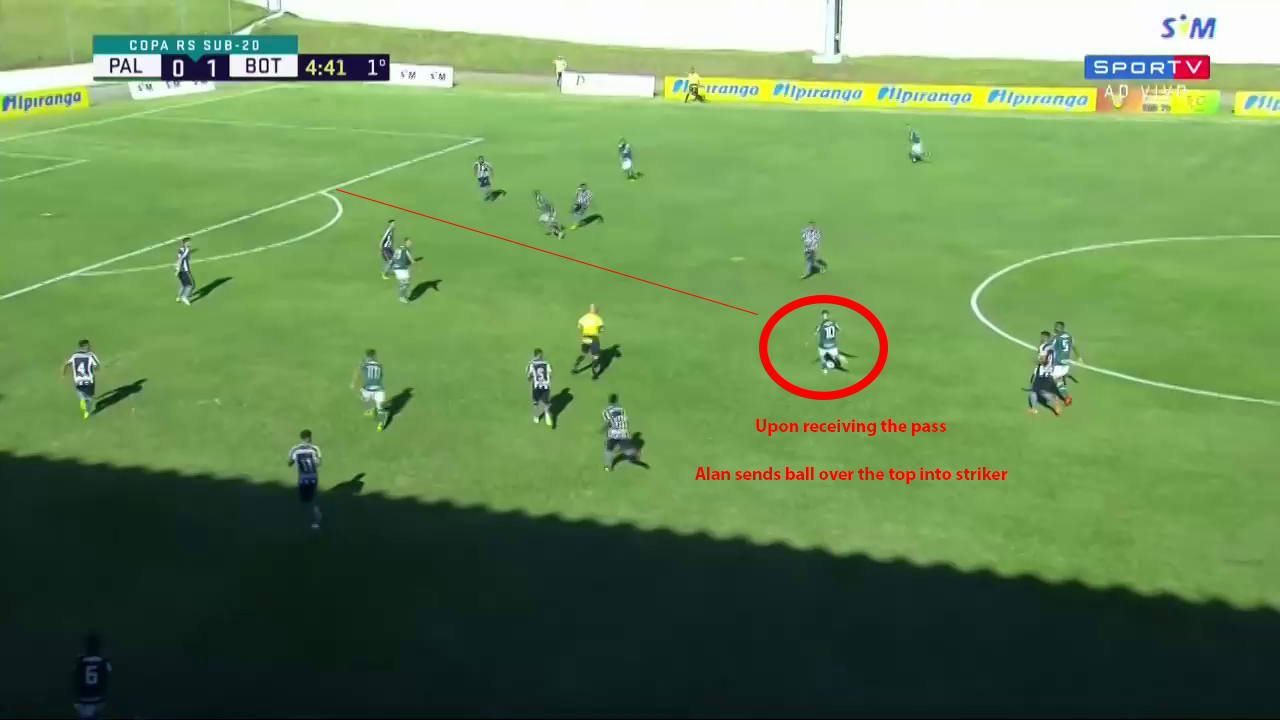 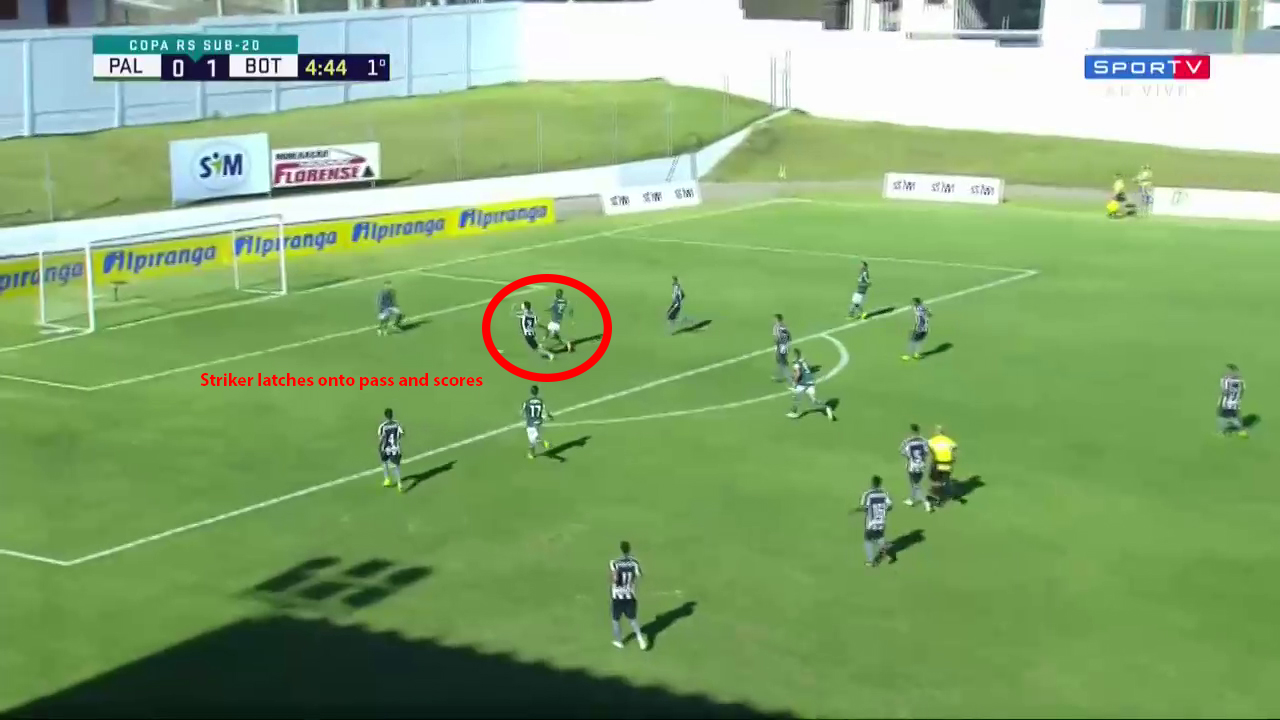 Like most creative playmakers, Alan isn’t too worried about his defensive duties. However, his dynamism and incision around the penalty area makes up for it.

The darlings of the 2017 South American Youth Championship, Venezuela, don’t boast as much talent, but there are a couple of intriguing names. Samuel Sosa is chief among them.

Sosa is one of the few returning members of the squad from the 2017 U-20 World Cup in South Korea. He joined Talleres de Cordoba in Argentina shortly after the tournament, although he’s struggled for minutes since completing the move.

The 19-year-old’s strength is his vision. Sosa isn’t very fast, so he relies on his off-the-ball movement and quick decision-making to combat that lack of pace. 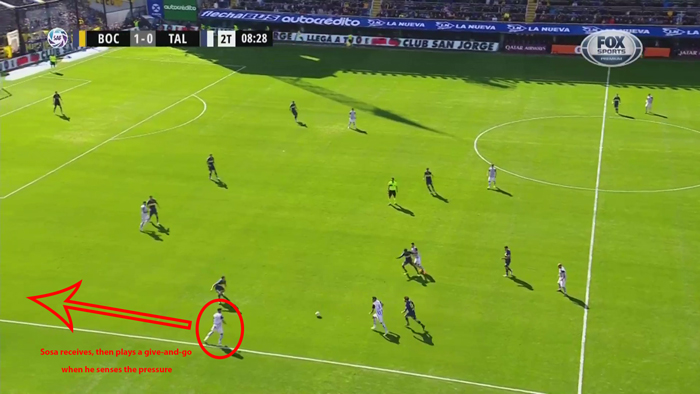 Sosa is quite active defensively, too, engaging in an average of 5.8 defensive duels per match in professional club football since debuting in 2016.

Oriente Petrolero own a large number of Bolivian national team players. Jhon Garcia is one of the latest additions and he might move on to greener pastures if the South American Youth Championship goes his way.

There isn’t a lot of ready-made information on Garcia, which is common for Bolivian youth products. However, the young midfielder represented the under-17 team at the South American Under-17 Championship in 2017 and dominated.

Garcia is typically a number 10 but has spent time as a second striker and on the left wing. He’s best utilised when roaming around the final third and launching through balls, however. Given that he’s not receiving many minutes at Oriente Petrolero, Garcia could be a low-risk signing for any interested party.