Joao Felix has yet to make his debut for Benfica but is already linked with a move to the Premier League. He has been a regular starter for Benfica B in Portugal’s second tier. This player analysis focuses on why the teenager is attracting so much attention without even making his first team debut?

Joao Felix is regularly deployed in one of three roles behind a striker in a 4-2-3-1. He is most comfortable playing as the no 10 but has seen joy playing on the left wing during Benfica’s pre-season friendlies. 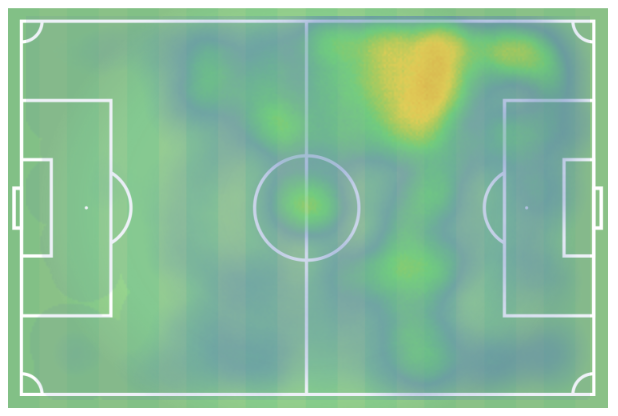 Looking at Joao Felix’s heatmap from last season, it shows even when playing as number 10 he drifts wide onto the left wing. His style is reminiscent of the inside-forwards deployed by Pep Guardiola at Barcelona. For example, looking at his three goals against Famalicao in Benfica B’s 5-0 win. They all came from central areas despite starting on the left wing. 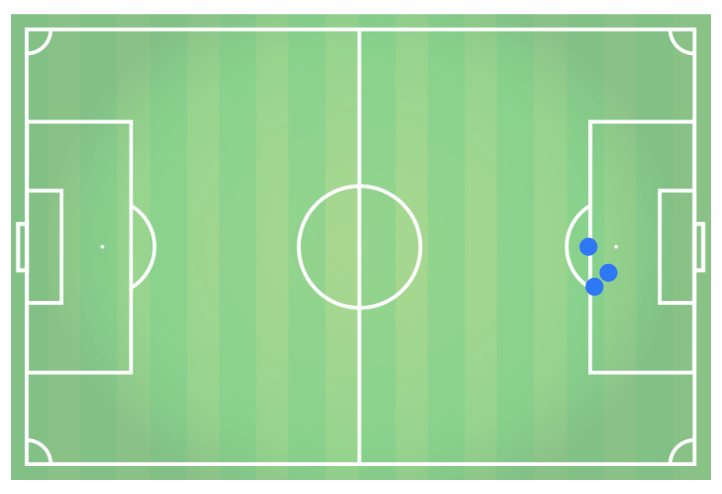 Benfica are known for their fluid passing style and this could provide opportunities for Joao Felix in any 3 of the positions behind the striker.

Another stand out characteristic of Joao Felix is his off-the-ball movement. His maturity and game intelligence enables him to find pockets of space. For his third goal against Famalicao, he uses the run of the central striker to ghost in behind the centre back to finish. 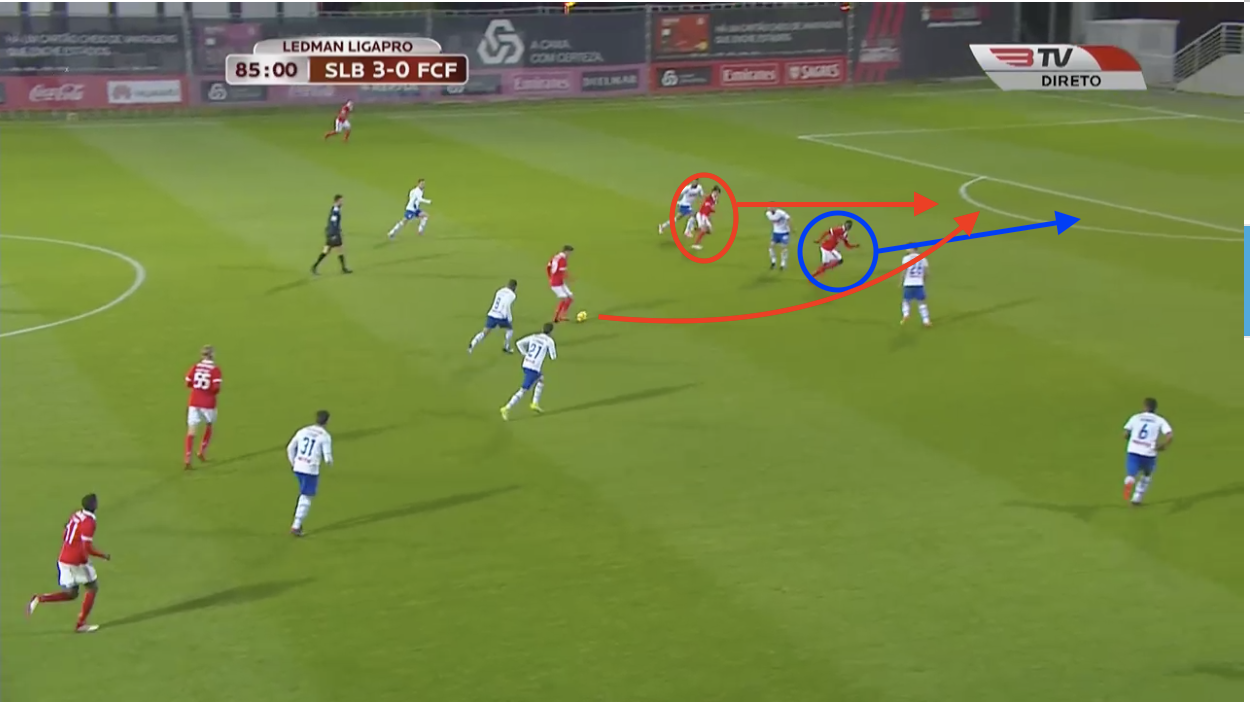 The central striker (highlight in blue) is making a perfect off-the-ball run between the centre-backs with a chance to score. However, Joao Felix (highlighted in red) recognises that the striker will pull the right-hand centre-back away creating more space for himself. As this movement happens it releases Joao Felix on goal with a one on one finish.

Whilst Joao Felix may line up as number 10 or a number 11 the most important aspect of his game is his intelligence. As Benfica play with fluidity throughout the age groups, it is up to Joao Felix to find space and stretch the opposition. This will be key as he reaches the First Team as he finds space will become more of a premium.

A perfect example for Joao Felix is Goncalo Guedes who came through the Benfica Academy. His off-the-ball movement has given Valencia an extra dimension and more direct threat on goal from the inside-forward position.

Joao Felix’s passing style is also important to understand. He was 4th in Portugal’s Segunda Liga for through passes per 90 mins with 2.12. This shows that he isn’t just looking to keep possession but also play penetrative passes in behind the opposition.

In May, against Italy under 21s, Joao Felix achieved a passing accuracy of 94%. Whilst, maintaining possession can help teams control a game, it is important to understand the direction of passing. Penetrative passes will create goal scoring opportunities.

Most importantly, the pass map shows how the majority of Joao Felix’s passes were forward thinking attempting to break opposition lines. He is using his intelligence to drop into pockets of space in between defence and midfield and release passes to the wingers and central striker.

Pep Guardiola hates the phrase ‘tiki-taka’. To him, the phrase is derogatory and focuses on keeping possession for possession’s sake. He is interested in penetrative forward passes. Using this logic to analyse Joao Felix it would appear he fits this mould perfectly. He looks to play forward, where possible and is also capable of retaining possession. 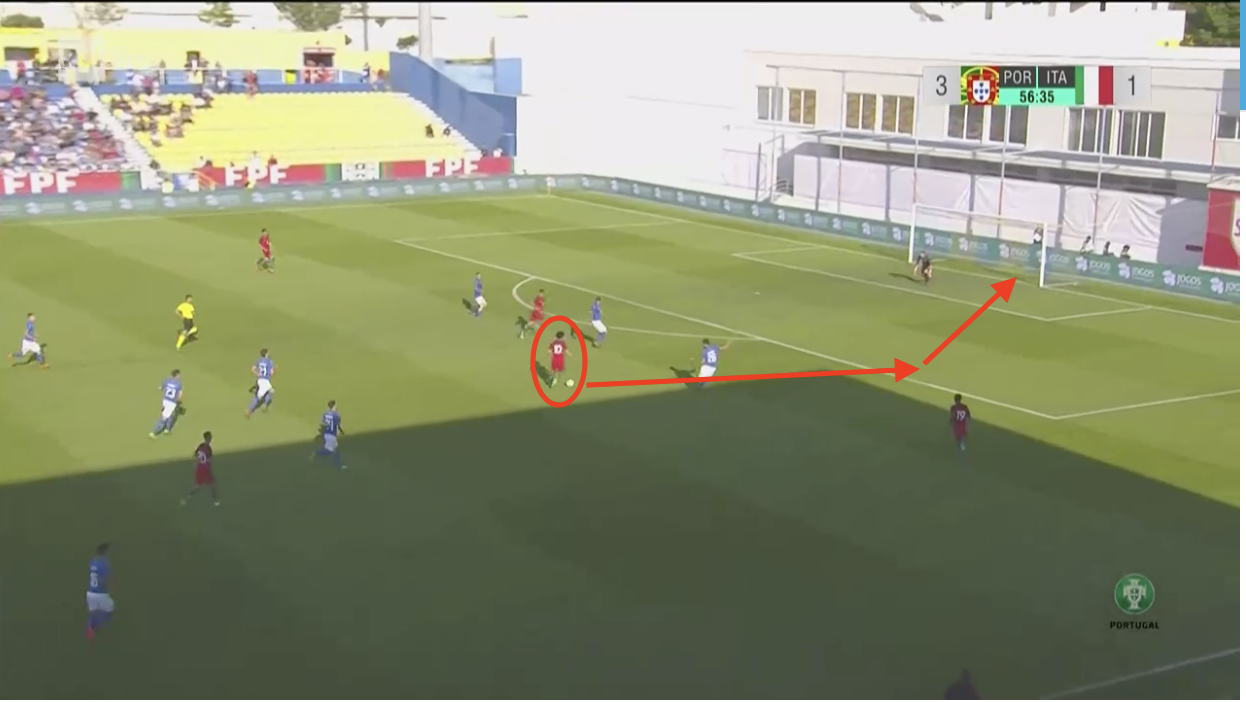 A good measurement of an attacking midfielders contribution is key passes. Key passes can often become assists but the unpredictability of football means it does not always translate. The graphic above shows Joao Felix laying on a key pass for Heriberto Tavares. Importantly, Joao Felix drives inside to drag the left back inside and create space. He then recognises that space and lays on a goal scoring opportunity.

As the modern game develops the finishing ability of attacking midfielders is becoming more important. Teams are no longer reliant on one or two central strikers to provide them with goals. He has 7 goals and 5 assists in 29 Portuguese second tier games. At the age of 18, these are impressive statistics. As he moves into First Team opportunities, it will be important that he can translate this.

His composure is a particular highlight from his goals in Portuguese’s second tier. Numerous times he has found himself one on one with the composure to finish. Many young players have the speed to break away from the defence but struggle with an end product. 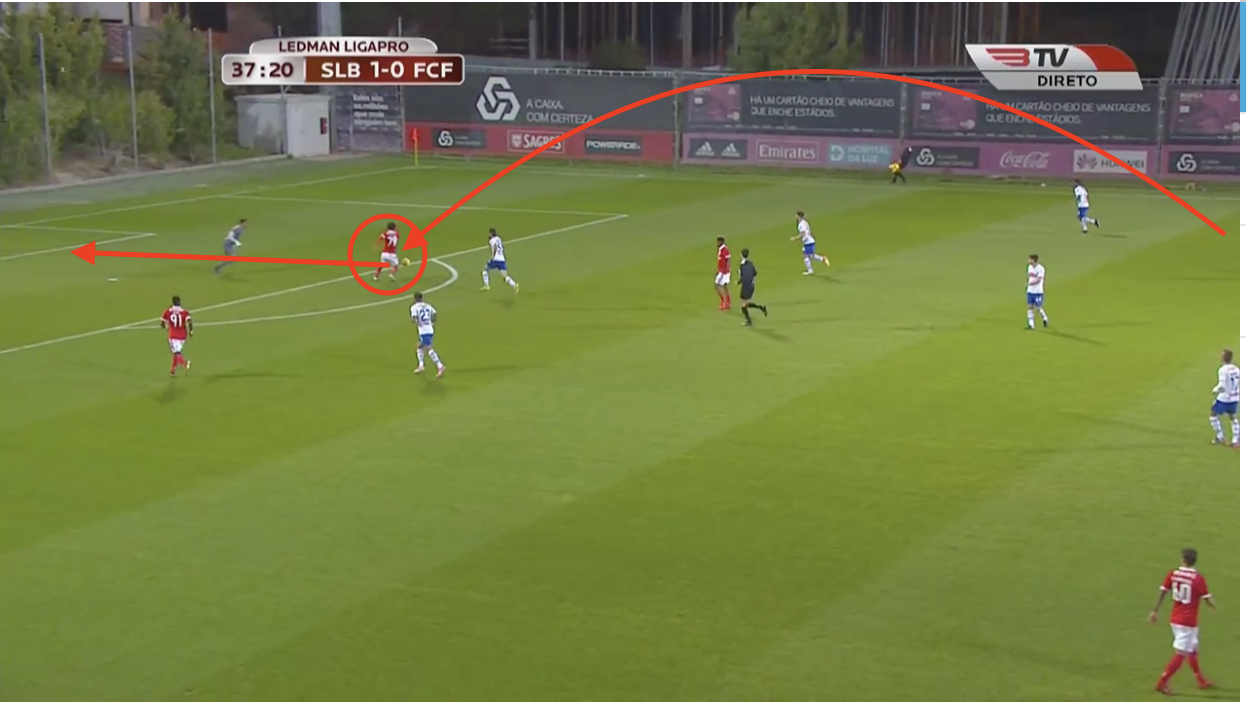 Impressively, Joao Felix had the composure to slot past the keeper after a long ball from the back. His off-the-ball ability created him the space and his composure allowed him to finish. Interestingly his ability to adapt to the long ball game also shows how he can quickly adapt to different playing styles. It would not be a surprise to see Premier League teams taking note on his ability to adapt.

Joao Felix has shown a lot of potential in Benfica B and Portugal youth games. He has shown that his off-the-ball movement enables him to create space and finish with composure. He also understands the need for penetrative passes rather than just looking to retain possession. These traits show the potential of a world-class player but his opportunities in the first team will be paramount to him realising his potential.