Gabriel Jesus: Why the Brazilian will be a key player for Arteta in Arsenal’s juvenile attack – scout report

After reports at the end of last week, Arsenal had come to an agreement to pay Manchester City for Gabriel Jesus. Arsenal, who missed out on qualifying for the Champions League in fifth place last season, beat are set to beat some well-known competition in their courtship for the 25-year-old. City rivals Chelsea and Tottenham Hotspur were also said to be interested in a transfer of the offensive player.

Gabriel Jesus will be Arsenal‘s fourth summer signing. So far, the Londoners have signed Marquinhos (from FC Sao Paulo), goalkeeper Matt Turner (New England) and Fabio Vieira (FC Porto). The Gunners have their first appearance of the new season on August 5 against Crystal Palace. The London derby is also the opening game of the Premier League season.

Arsenal continued to make steady progress under Mikel Arteta and came agonisingly close to Champions League qualification last season. And one of the reasons they may have missed out is the lack of a prolific forward with Saka, Smith-Rowe and Odegaard being their top scorers and none of their recognized forwards going into the double digits. So, it makes sense that the club signed Gabriel Jesus of Manchester City who was on the market. But what exactly would he bring to the side? In this analysis, we take a look at his strengths and weaknesses in this scout report. Furthermore, in this tactical analysis, we will figure out how he fits to Arteta’s tactics at Arsenal.

Mikel Arteta has settled on the 4-2-3-1 as his preferred setup for Arsenal, with an attacking line featuring Bukayo Saka on the right, Martin Odegaard as a ten, one of Emile Smith Rowe and Gabriel Martinelli on the left, and either Alexandre Lacazette or Eddie Nketiah leading the line. The three players behind the striker have thoroughly impressed this season. Saka in particular is fast becoming one of the most exciting players in the Premier League, while Odegaard is a brilliant creative playmaker who complements the pace, trickery, and dynamism of his fellow attackers well. 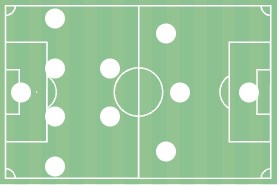 Gabriel Jesus’s Arsenal wages are expected to be in the region of £10m a year (£192kpw). Jesus, who turned 25 in April, signed for Manchester City in January 2017 and Arsenal would be only his third club. With 236 appearances for City, Jesus has scored 95 goals, with 46 assists, picking up 22 yellow cards and no reds. In fact, he’s only had one red card in his career, picked up when he played for Palmeiras, who will receive 5% of the fee (£2.2m) being paid to Manchester City by Arsenal.

At 25 years of age, Jesus is the perfect age profile for Arteta: He’s still young enough to be malleable and develop his game further, but at the same time he has plenty of experience on the biggest stages. A great trade of Jesus is his flexibility. Throughout his Manchester City career, he has had plenty of experience playing on either flank although he has mainly been a solo forward, but at times showed he was able to play in a front two with Sergio Kun Agüero. 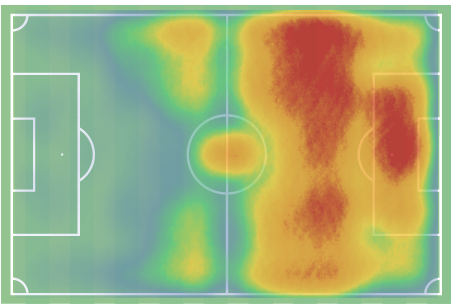 If we have a look at the 19/20 season, which is considered his best season for Manchester City, you can see him playing straight through the middle. So, in terms of play style, he can do both. The point is there’s a big contrast in terms of the areas that he’s getting on the ball. 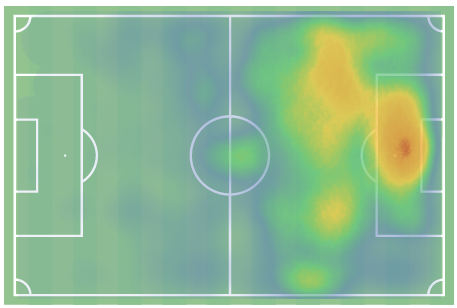 When in possession, Jesus has many of the traits that Arteta loves. This season, Arteta used Lacazette as a facilitator who dropped deep to create space for others. Jesus is also perfectly comfortable dropping deeper into the midfield to be an extra option when necessary. 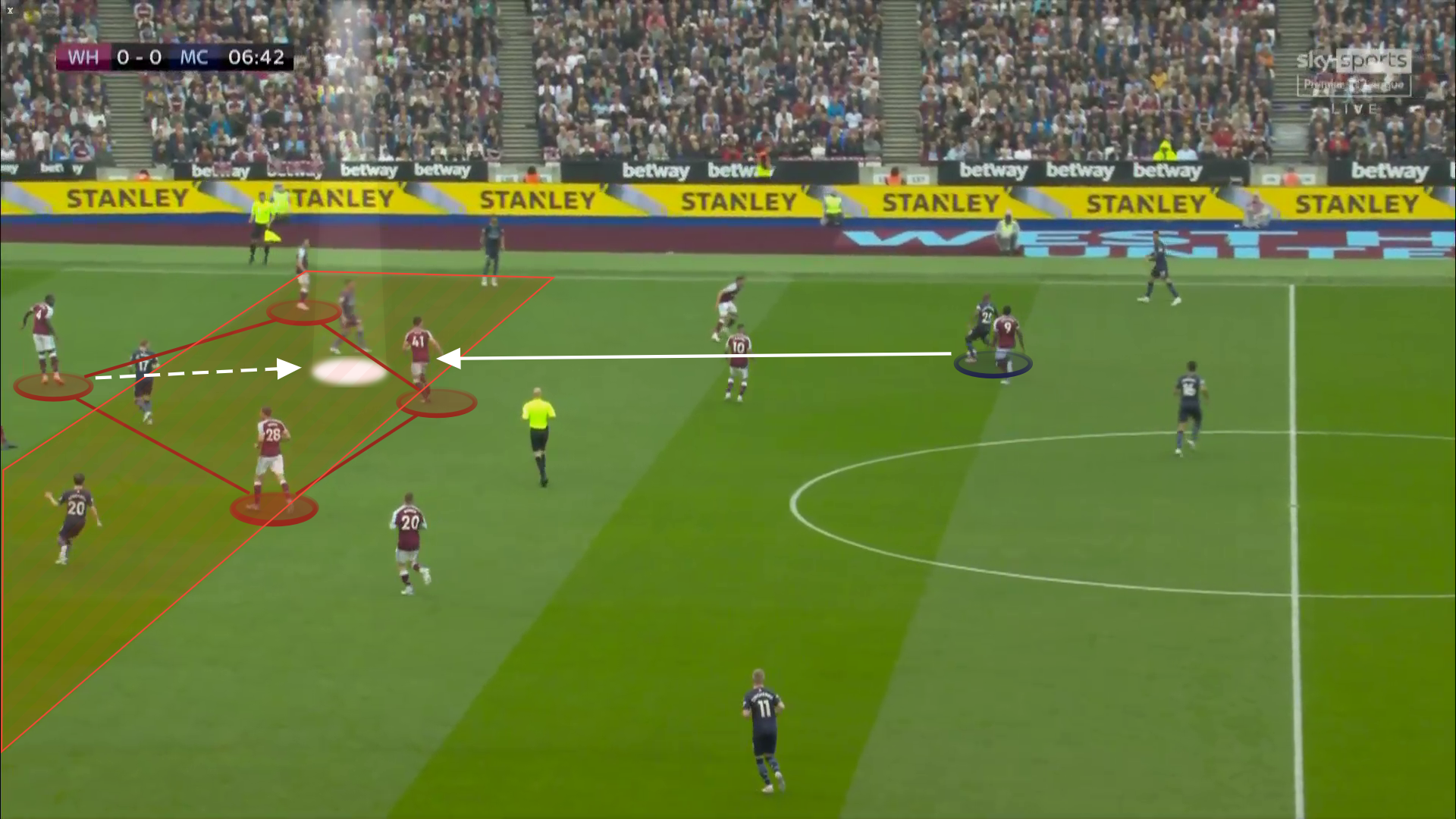 So, he was the target of a pass more often than 86 percent of forwards last season as he always provides an option. But, it should be noted when hearing these stats that City are an extremely high possession side so a forward’s stats can be boosted to be higher than usual.

Nonetheless, Jesus’s link-play is excellent knowing when to lay it off first-time and when he has the time to take a touch to turn and play others in higher up the pitch as he has more progressive passes than most forwards.

But what makes Jesus difficult to deal with in these scenarios is, that he is happy to not only drop deep. If the centre-backs push up high to deal with this, he often looks to make runs in behind, often into the channels leading to many promising situations. 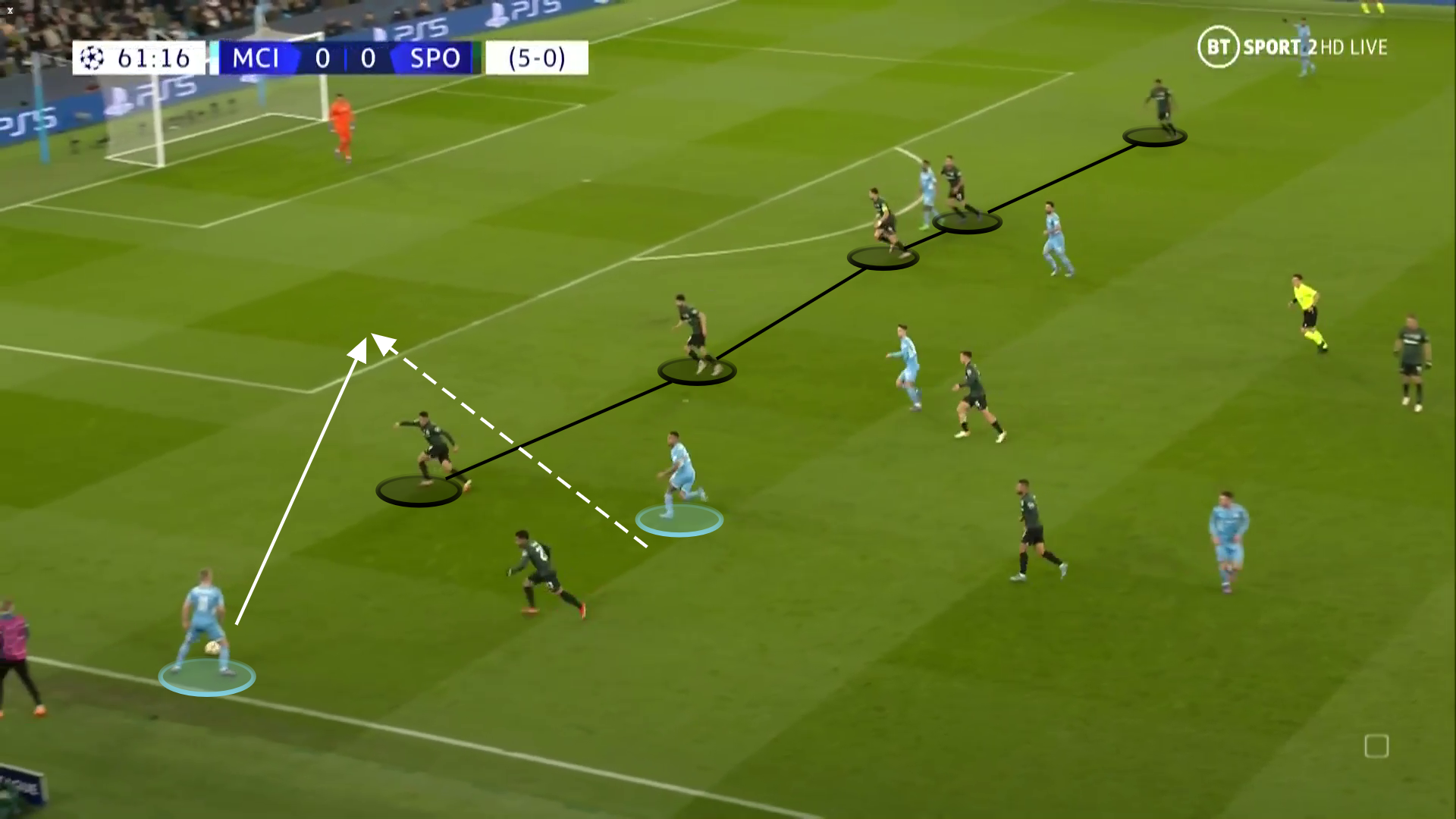 Alternatively, by spending so much time on the defender’s shoulder he can push the back line deeper. While not an especially physically imposing forward, Jesus is robustly built and can ride opposition challenges with ease with his strength. 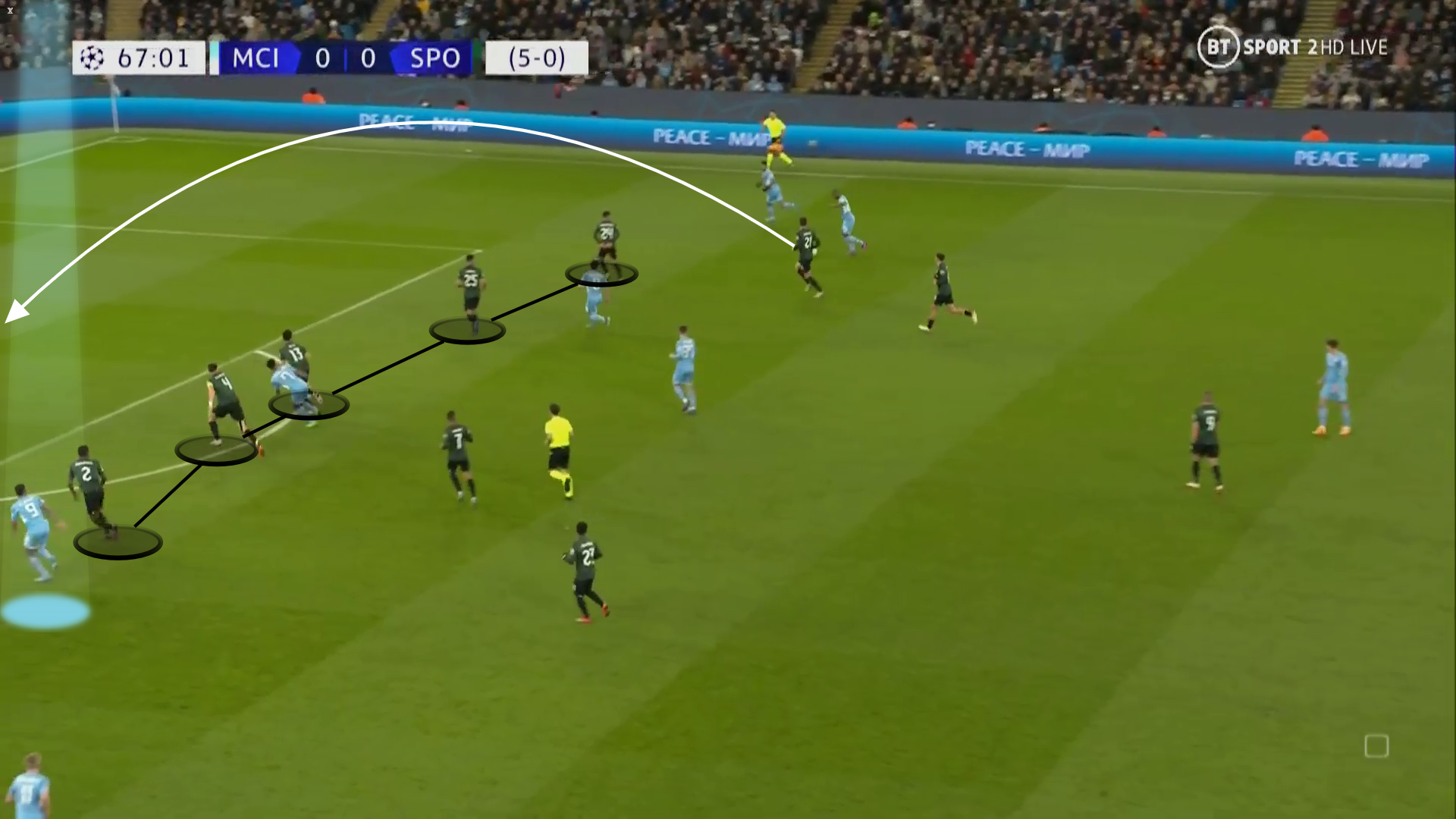 But Jesus is also a great dribbler, and this is usually on display out wide. When he receives deep, he’s able to carry the ball up the pitch effortlessly to move the team higher up with more carries than most forwards. And while he may not have the highest quantity of dribbles, his 68% success rate puts him ahead of 98% of wingers.

His creative passing is still at a great level even for a winger. With his 0.23 expected assists per 90 being more than 75% of wingers, Jesus is an excellent insight forward. He’s also comfortable with both feet, making him harder to predict and defend when feeding teammates. As a result, and Arteta could use him from wide regions alongside Nketiah in the front five attack.

Upfront, he’s accustomed to playing in the front five system that Arteta attacks in and knows what it’s like to come up against deep blocks. Jesus has an incredibly tight first touch meaning he’s great at receiving in these tight spaces and combining with teammates here. As a result, his key passes are more than 89% of forwards and his 3.35 shot-creating actions are more than 91% of forwards. 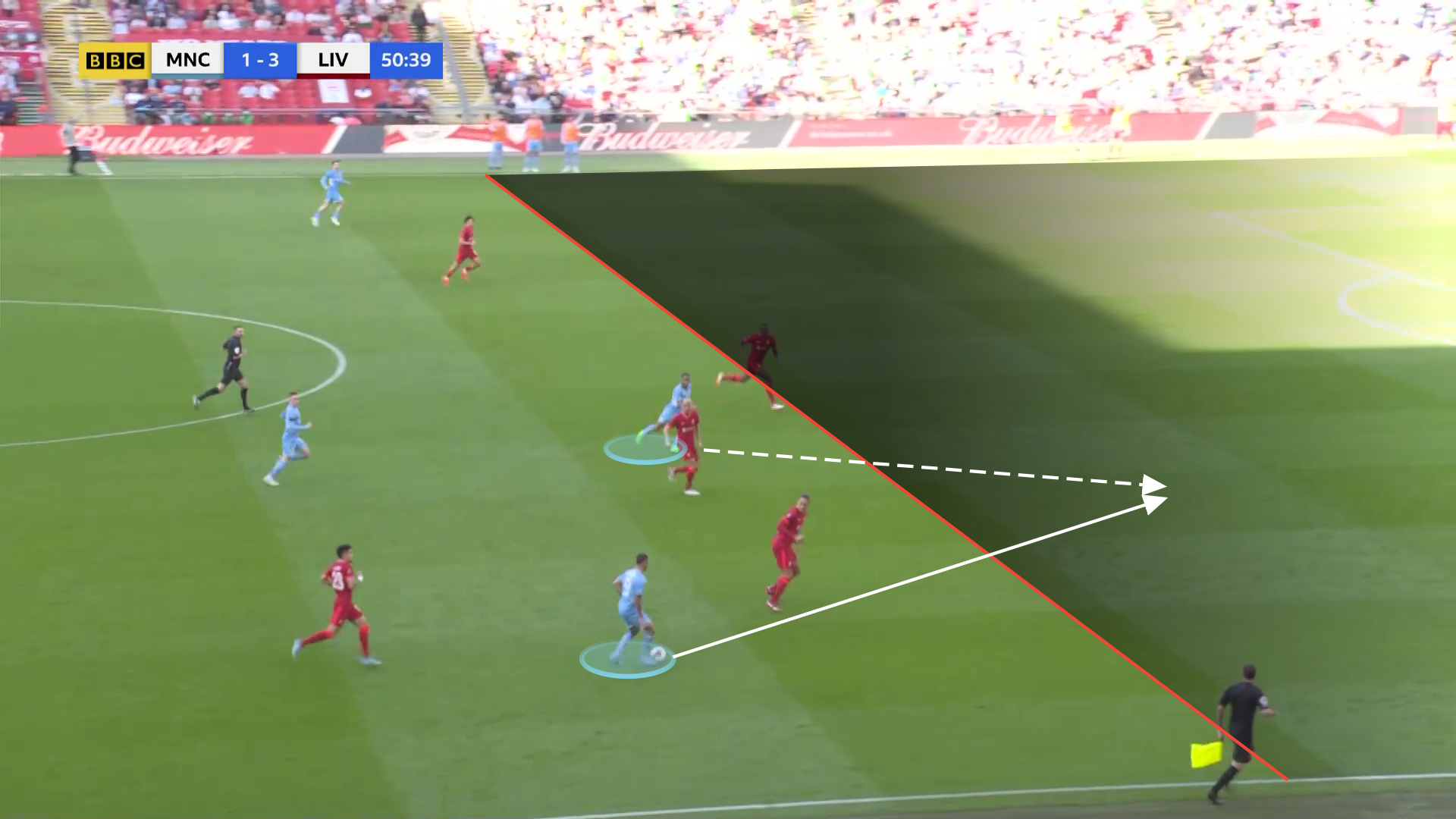 But Jesus is also quick to get into goal-scoring positions in the box able to operate either between the centre-backs or making runs to the far post. Either way by being generally on the blind side of defenders when the ball arrives, he’s usually in a high percentage scoring situation. 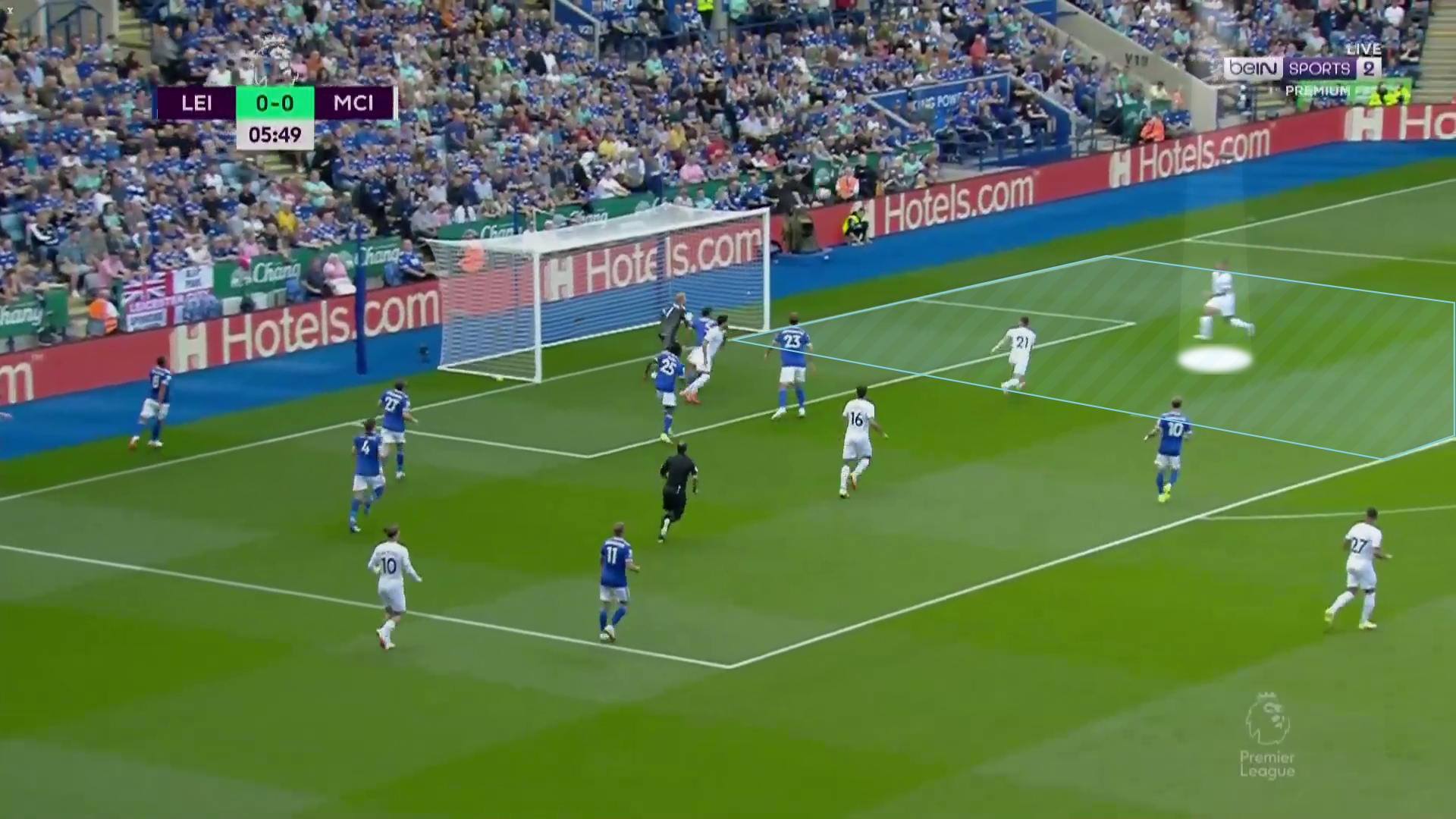 As a result, in general, most of his shots come from inside the box which is ideal but here is where we come to a distinct weakness of Jesus’s game. He’s great at getting into goal-scoring positions with his 0.44 non-penalty expected goals per game being more than 81% of forwards.

However, so far in the Premier League, he has been a below-average finisher. In fact, he has underperformed his expected goals in every single season with the 18/19 and 19/20 seasons being exceptionally poor. So, this is an area that would need major improvement.

Defensively, Jesus is a manager’s dream. Perhaps the most important trait Jesus exhibits is his work rate. Whether his team is in or out of possession, the Brazilian is a relentless force and a hassle for opposition backlines to cope with. His movement is incessant and constant, often making selfless runs to create space for teammates or trying to pose as a progressive passing option for his teammates. He presses with intelligence and intensity, curving his runs to mark passing lanes and harrying opponents when in possession. 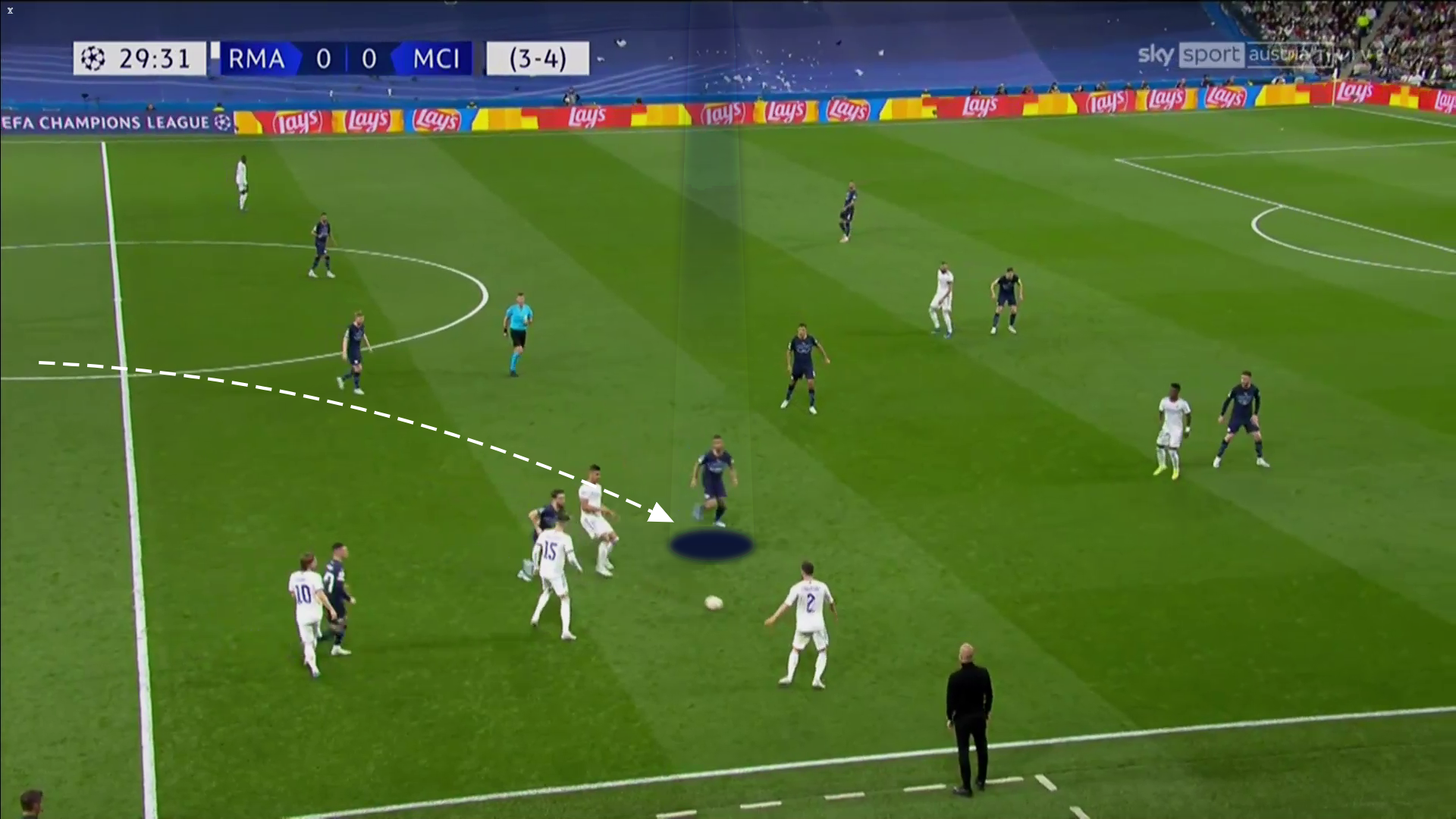 He’s tactically aware in knowing when to sit off, but more importantly, is an incredibly hard worker looking to press at every opportunity in line with Pep’s system. And while on paper his pressing numbers are low this is almost completely because City have so much of the ball. So, they don’t have as many opportunities to press.

The signing of the Brazilian forward will push Arsenal that much closer to being a regular Champions League side yet again.

For Arsenal, there could not be a better fit for the profile of striker Arteta desires than Jesus. He is a better presser and creative presence than Lacazette while also being a better goal-scorer. His established relationship with Arteta and the similarity in his roles at City and the Gunners would also ease him into the squad.

At 25 years old, he provides an inexperienced attacking line with a valuable level of leadership and know-how while still being in his prime. With the arrivals of Julian Alvarez and Erling Haaland, Jesus’ game-time would have been further reduced at City. Arsenal did well to take advantage of his predicament and add Gabriel Jesus to their youthful, exuberant, and exciting attacking options.