When you think of high-quality German strikers, most names that come to mind are Kevin Volland at AS Monaco, Thomas Müller at FC Bayern München, and Timo Werner at Chelsea. However, one German striker that not many football fans have heard of is Deniz Undav, Royale Union Saint-Gilloise’s German marksman. Arguably Germany’s most in-form attacker at the moment, with 16 goals and 9 assists through 21 games this season, Undav’s path to the top is a great success story. Making a name for himself at SV Meppen in Germany’s 3. Liga; Undav left the club in the summer of 2020, joining Union Saint-Gilloise in Belgium’s second tier. After leading the Brussels based side to promotion with 17 goals and 5 assists through 26 games; he has picked up where he left off, helping his side to currently a 7-point lead over back-to-back champions Club Brugge at the top of the Belgian Pro League.

This tactical analysis and scout report will look at the strengths and weaknesses of Undav’s game, as well as illustrate how well he and Dante Vanzeir operate together. 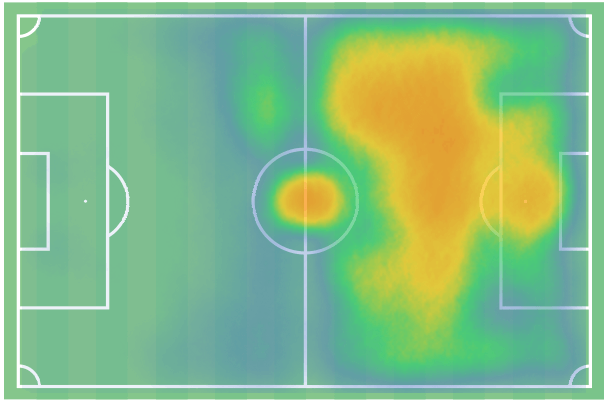 As shown by the heat map above, Undav is much more than just a central striker. He will move to wherever the ball is, always trying to be involved in the build-up. As also shown, moving wide left is commonplace for Undav. Felice Mazzu tends to have the strikers split in order to push midfielders forward centrally. This results in Undav being forced left, and Vanzeir being forced right. In Felice Mazzu’s consistent 3-5-2 formation, Undav is an ever-present up top alongside Dante Vanzeir. Undav has started every game this season for Union Saint-Gilloise in the Belgian Pro League; and he fits perfectly the system and tactics that Felice Mazzu wants to play.

Deniz Undav is not a striker that likes to stay forward on the shoulder of the last defender. He instead prefers to drop into pockets of space between the lines to help the midfielders link-up play. Undav’s 9 assists so far this season show how effective this strategy is. With Undav opting to be more of a deeper-lying playmaker, it allows Dante Vanzeir to keep the opposition defensive line pinned back with his runs in behind the defence. Also, with a pass accuracy of 72% this season with close to 600 passes attempted; Undav is selective when choosing his passing options and often does not make dangerous passes that could leave his side open to counter-attacking opportunities. 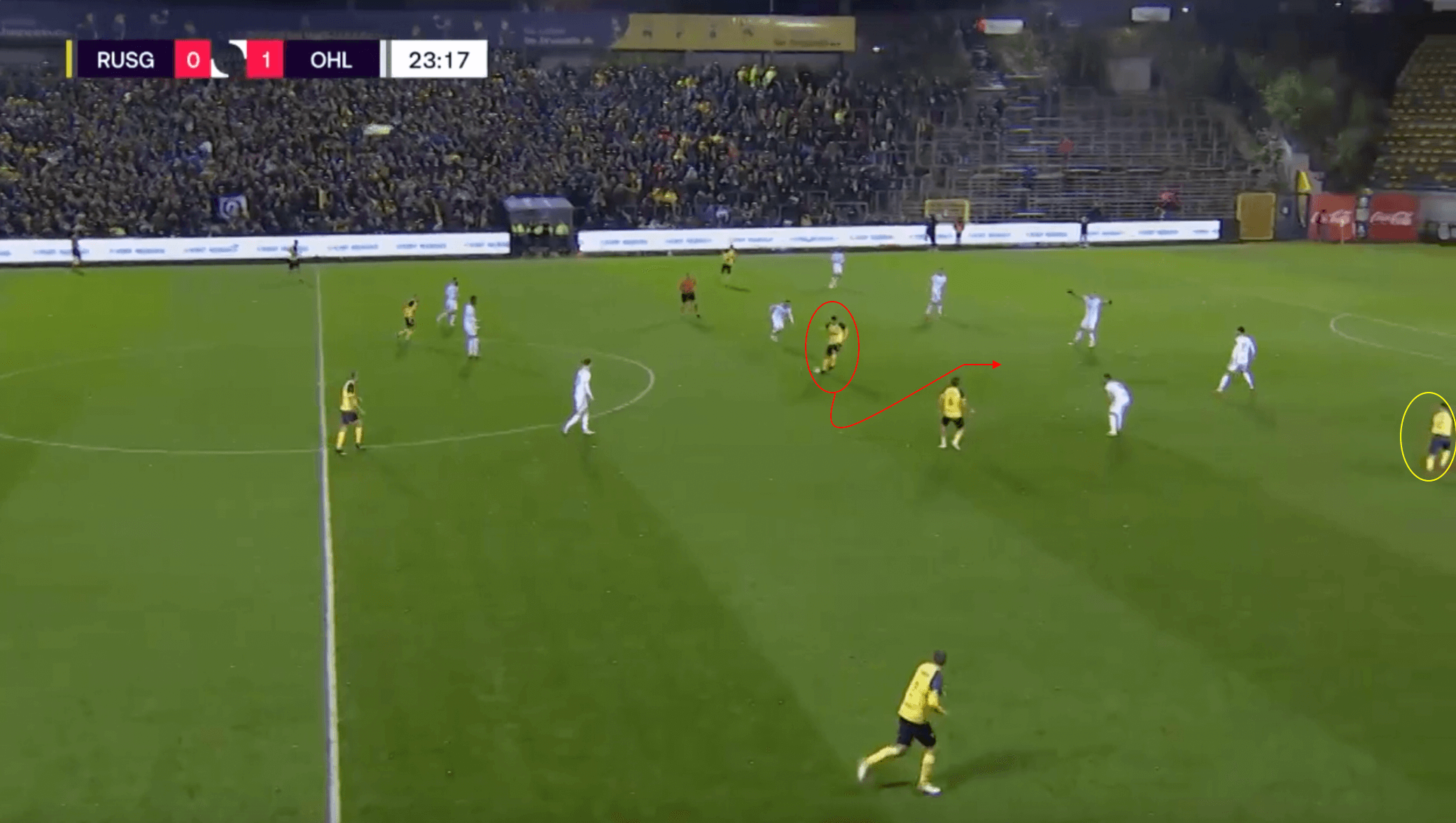 Above shows one prime example. Undav has dropped into midfield between the midfield and defensive lines to receive possession. This frees up Vanzeir, circled in yellow, to make a run behind the opposition defensive line, keeping them pinned back. This allows Undav the space to turn and drive forward into the vacant space, before attempting to play a through ball to Vanzeir. 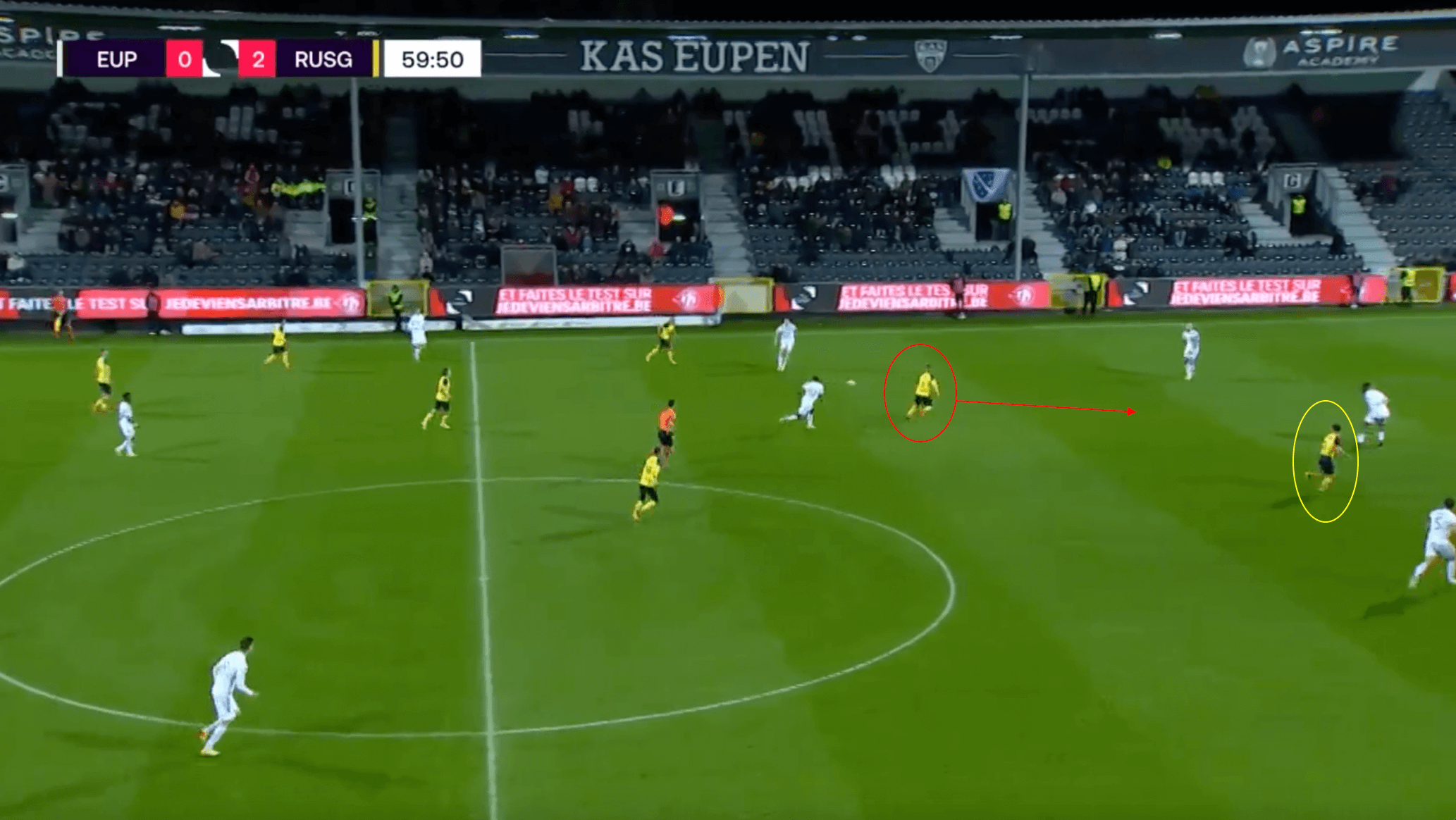 Another example of Undav’s deeper movement is shown above. Union Saint-Gilloise regain possession off of a Eupen turnover and begin a counter-attacking move. Undav is operating between the midfield and defensive line to receive possession. Vanzeir once again stays further forward, pinning back the opposition defensive line and allowing Undav the space to drive forward. 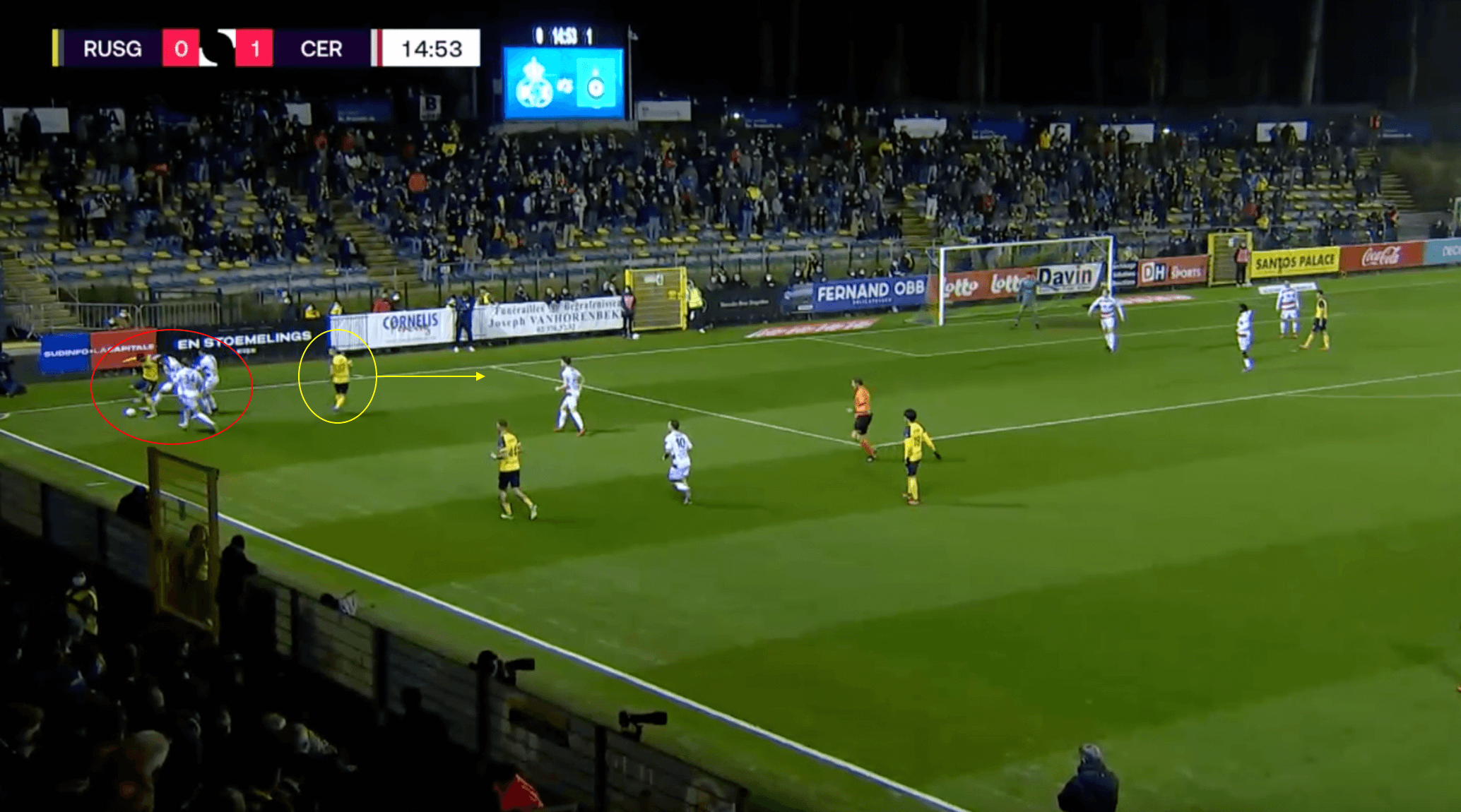 While dropping deep to link-up play is something Undav excels at, his hold-up play is equally as good. Above, Undav is being forced towards the corner flag by three opposition defenders. However, he is able to hold-up the ball and play a neat backheel pass through two defenders’ legs and into the path of his open teammate, which almost results in a goal for USG. What looked like a lost opportunity almost turned into a golden one due to Undav’s exceptional hold-up play.

While Undav’s link-up and hold-up play is stellar in helping Gilloise create goal-scoring opportunities, his off the ball movement in front of goal, as well as his clinical finishing, is what has allowed him to be so prolific this season. The next section goes into this in more detail.

Intelligent and clinical in front of goal

With 25 goal contributions through 21 games so far this season, Deniz Undav not only scores, but assists as well. This comes down to him being able to quickly and accurately determine whether he or one of his teammates is in a better position to score. When finding themselves in relatively favourable positions in the 18-yard box, most #9’s will look to put the chances away themselves. Undav, however, does not always do that. He is able to quickly, and most times accurately, pick whether shooting or passing on to a teammate gives his side the best chance to score.

Though these are mostly last-second decisions, Undav is able to recognize where his teammates are inside the 18-yard box when in possession. If there is a teammate unmarked somewhere in the box, he will attempt to pass rather than shoot. He also has intelligent movement off the ball when in the box, being able to make smart darting runs behind defenders; or be able to break off his marker to find himself free near the 6-yard line. 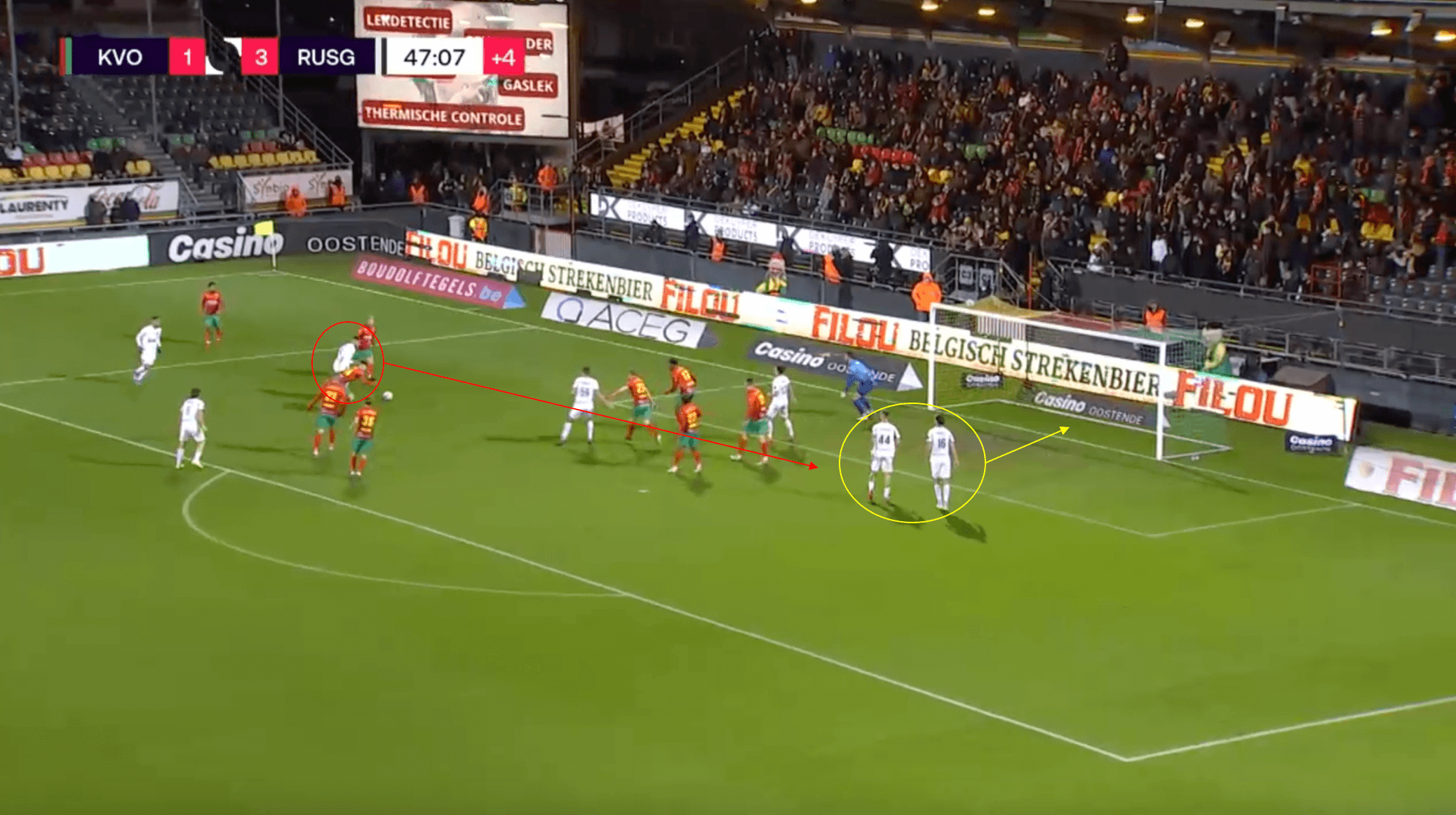 Above shows exactly this intelligence in action. Undav receives possession on the edge of the 18-yard box and is able to drive towards goal. Even though the angle is tight, most strikers would look to score themselves, even with a goal not being of high probability. Instead of just taking the chance himself, Undav is able to look up and see two of his teammates unmarked at the far post. In a split-second decision, Undav sends the ball through a forest of players to the far post where one of his teammates has a tap-in. This shows the selfless nature of Undav, as well as his intelligence to look to see if teammates are in better positions. 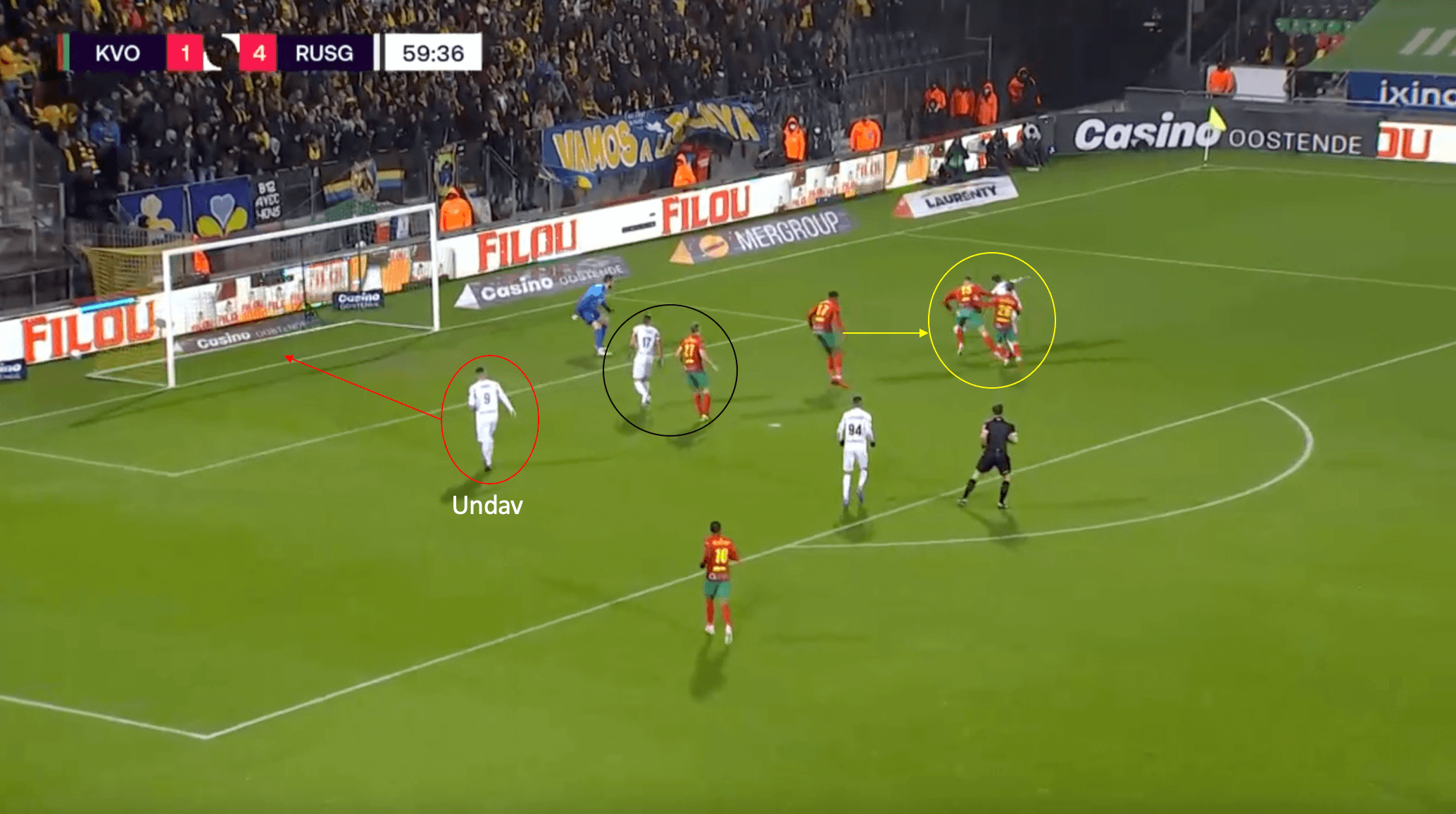 It is not only when he is in possession that Undav is able to make good movements and decisions in front of goal. In this phase of play, Oostende have turned the ball over in midfield, allowing Union Saint-Gilloise to quickly counter. Undav and Vanzeir split, allowing one of the central midfielders to drive into the box in a central position. Even though it is essentially a 4v3 in Oostende’s favour, Undav is able to find himself unmarked at the far post due to his reading of how the play has developed. This allows Vanzeir to play a ball across the box for Undav to tap in to an empty net. 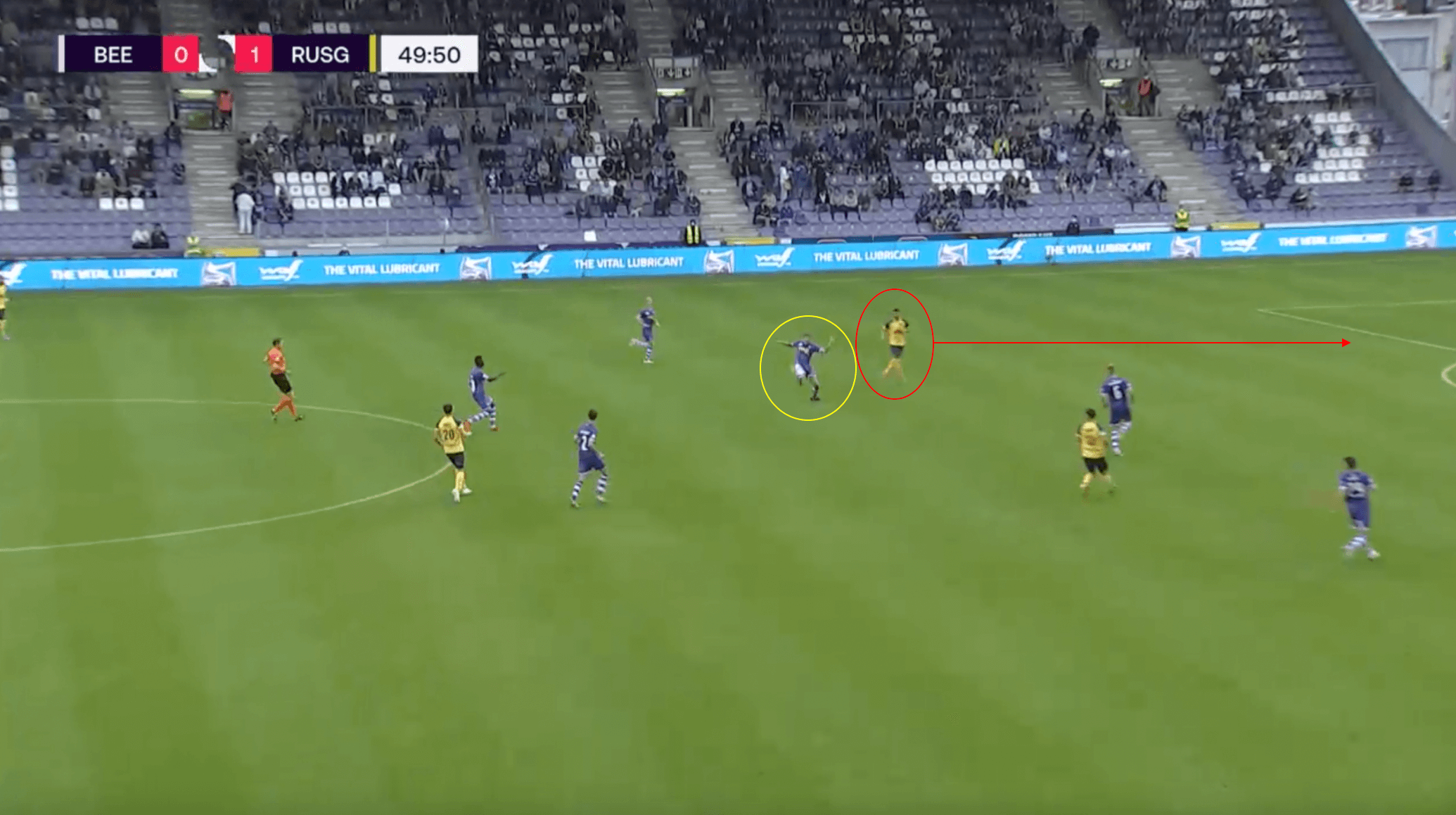 It is not only inside the 18-yard box where Undav is able to make quick second decisions. In this phase of play, Union Saint-Gilloise’s goalkeeper plays a long ball towards Undav. Anticipating any possible mistakes, he is able to position himself in an area where he could run on to a poor clearance. That is exactly what happens, as the opposition defender scuffs his clearance right into the path of Undav. He then bears down on goal and has the composure to slot the ball past the goalkeeper.

This intelligent movement and finishing in front of goal is what makes Deniz Undav such a key player for Felice Mazzu, and what makes him one of the first names on the team sheet for every match.

The defensive side of his game is arguably where Undav could use the most improvement. Being a good defender isn’t necessarily a prerequisite of a world-class striker. On the contrary, being able to contribute defensively impacts the side as a whole in a positive way. In no way is Undav a liability for his side defensively, he could just use a little improvement. 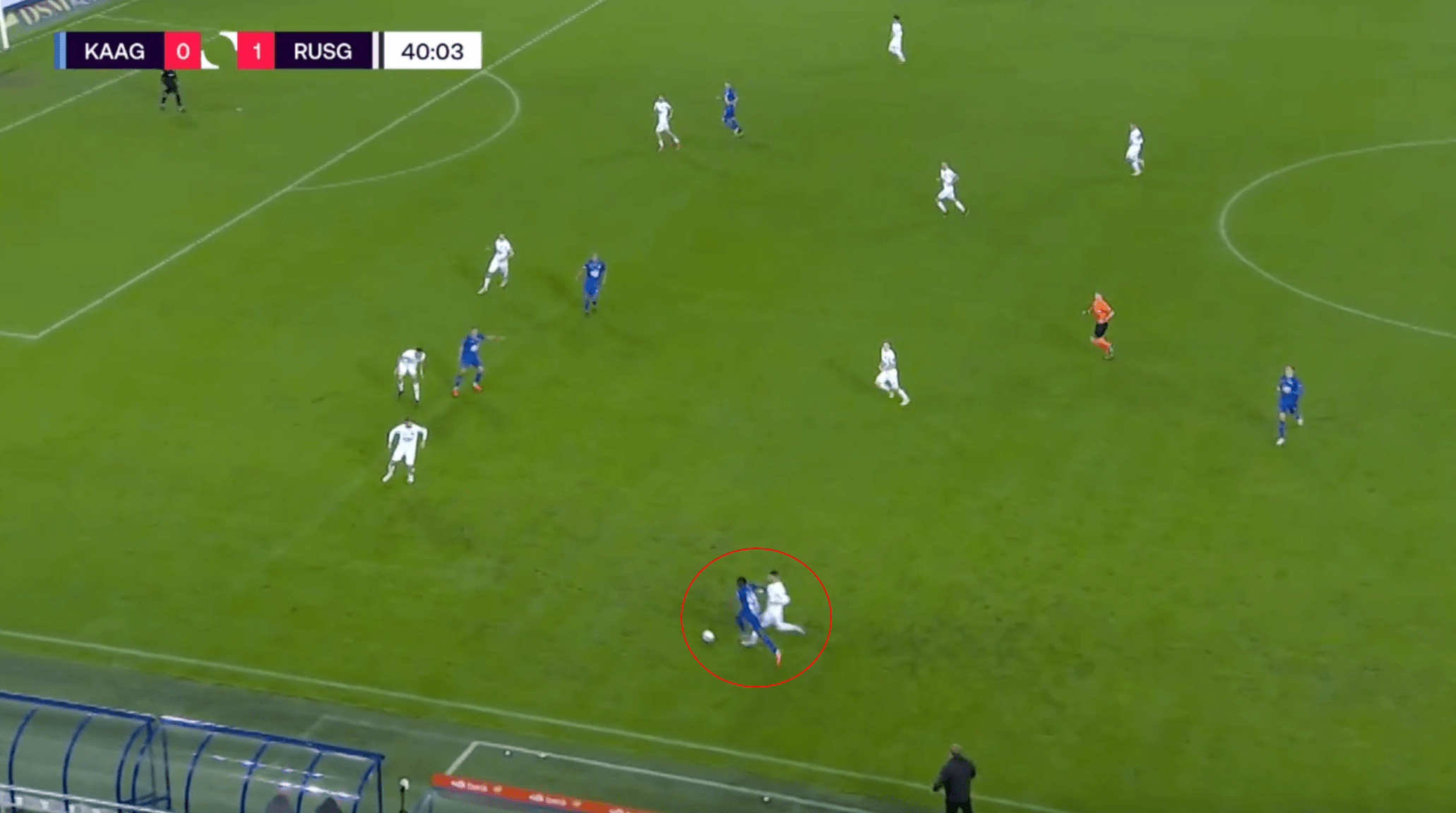 Above, Undav tracks back to try and put a good tackle in on the Gent attacker. He isn’t able to get back quick enough, but still attempts to make the tackle. As a result, he completely misses the ball and only catches the man, resulting in a foul and a yellow card. In this situation, backing off may have been the better option, with USG holding a numerical advantage. 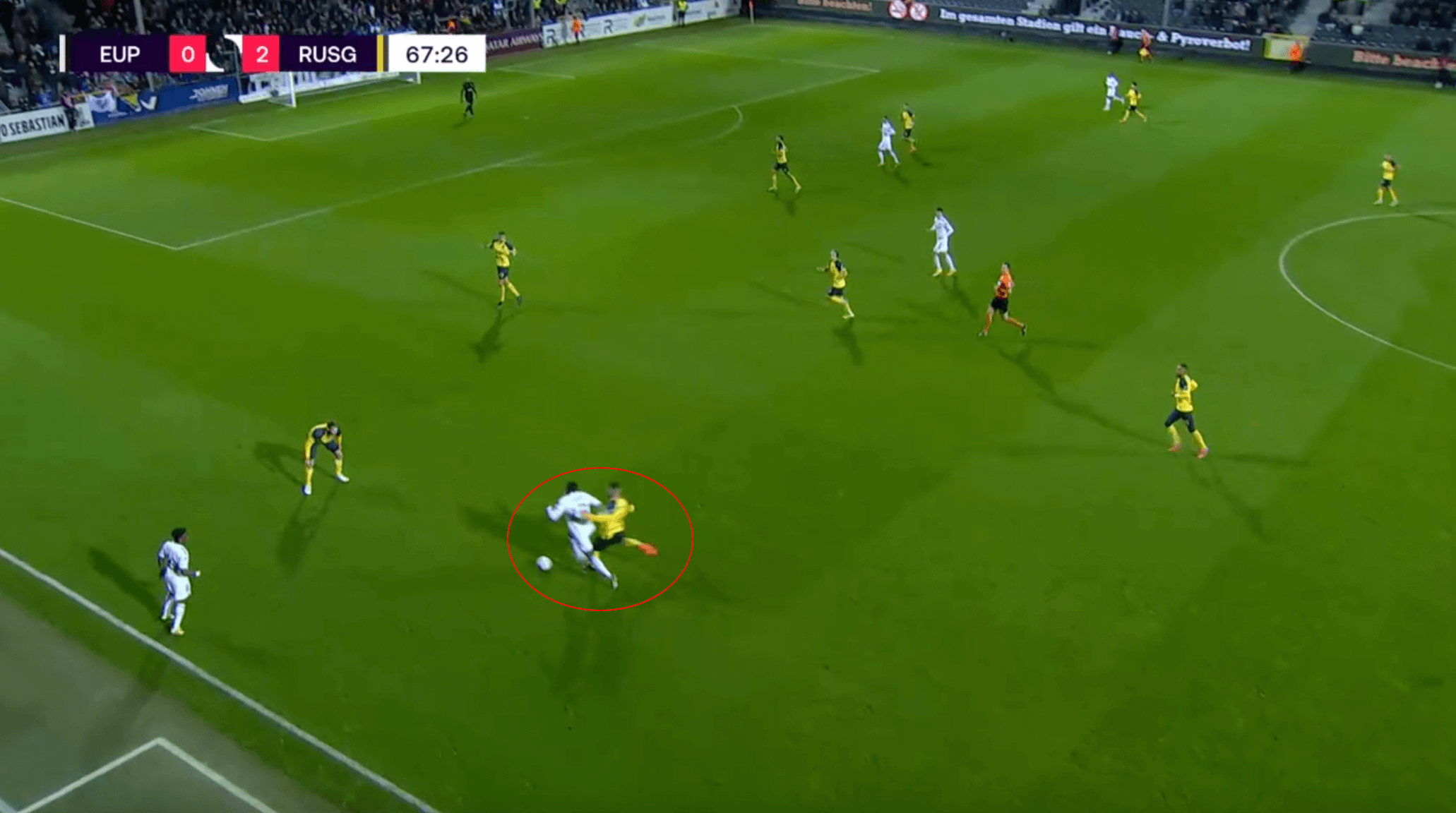 Above is a similar situation that Undav finds himself in. He once again is slow to get back and makes a lazy challenge, resulting in a foul and yellow card.

The defensive side of Undav’s game does not have to be perfect. However, any improvements would help him to become a more complete forward.

An argument could be made that Deniz Undav is currently one of the most in-form strikers in all of Europe. He is well on pace to win Belgium’s golden boot, as well as possibly win the Jupiler Pro League with his Royale Union Saint-Gilloise side. It would not be a surprise if elite European clubs have taken notice of Deniz Undav’s talents, and a possible move to the Premier League or the Bundesliga cannot be ruled out; with him stating a move to Bayern Munich would be a dream. 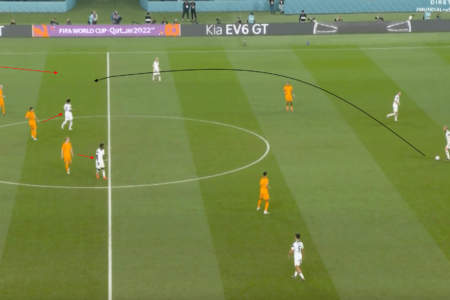 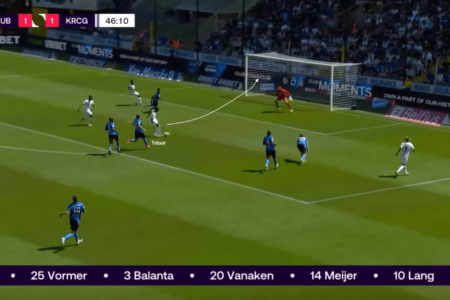