At odds of 12/5 Japan are the longest odds to qualify from Group H, but I have a feeling their squad may very well surprise a few people as Japan has long been a hunting ground for Bundesliga clubs which shows as 7 of the Japanese squad play in Germany, with a few dotted around the other top leagues in Europe. It’s this pedigree combined with the organisation and technical skills of the side that makes me think Japan doesn’t necessarily deserve to be underdogs in a very equally balanced group. 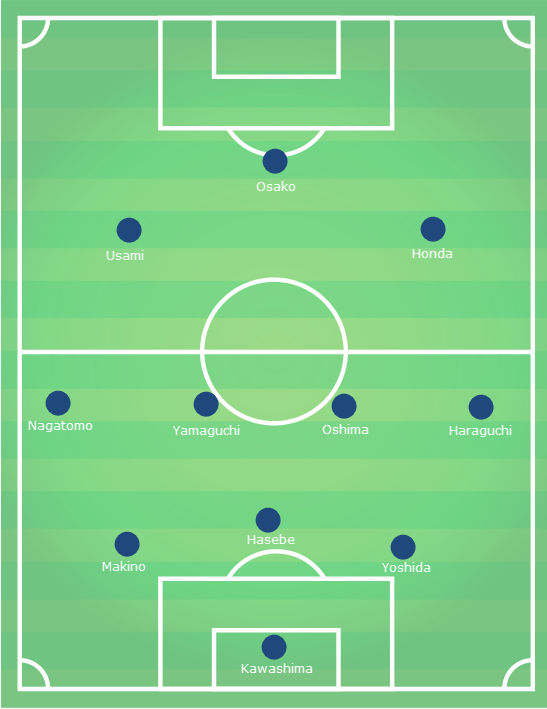 Japan will be somewhat of an unknown entity at the World Cup after manager Vahid Halilhodzic was sacked just 2 months before the start of the World Cup, with Akira Nishino was named as his replacement. Since then Japan have only played 1 friendly (at the time of writing) which was a 2-0 loss to Ghana, which may give us a glimpse into what we could expect to see in Russia. Nishino lined Japan up in a 3-4-3 formation with a backline of Makino, Yoshida with midfielder Hasebe dropped back into defence. Nagatomo and Haraguchi were deployed as wing-backs with Yamaguchi and Oshima playing in central midfield whilst Honda and Usami played just behind Osako.

I’ve really liked Japan for a number of years, and they showed glimpses of why they won my admiration. They played plenty of short passes when building from the back in a patient manner and showed some fantastic link-up play in their midfield and defence at times – working their way up the pitch, eventually playing in the more attacking players for a chance at goal. 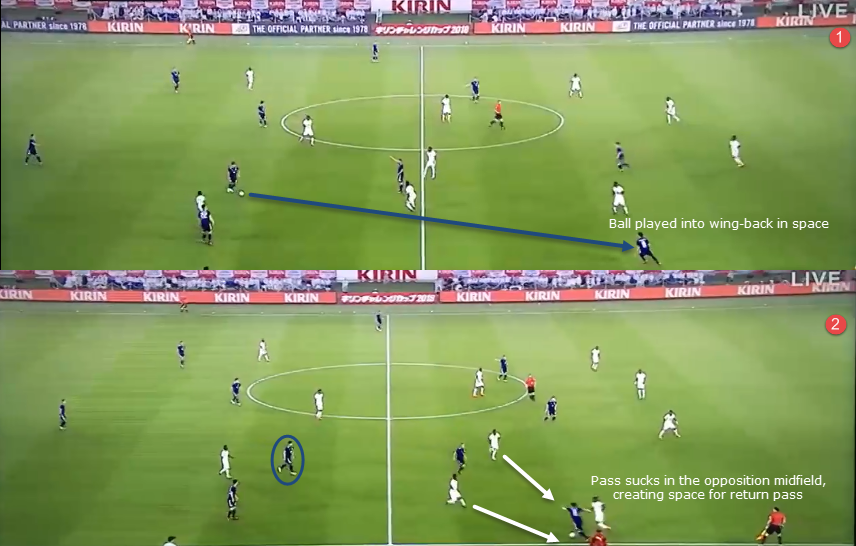 This was helped by their formation, packing the midfield to ensure plenty of passing options.

Japan didn’t press high up the pitch instead letting Ghana work the ball into midfield, before swarming them with an overload of players. Japan were very organised defensively and looked impressive. 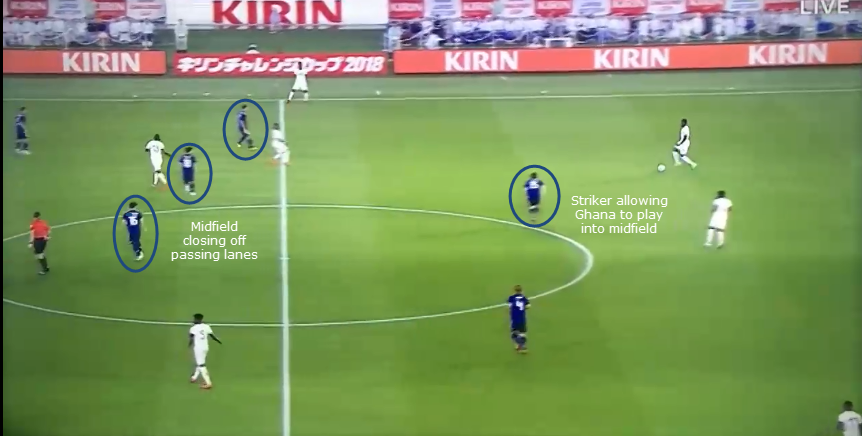 Despite this however, they lost 2-0 due to a penalty and a wonderful Thomas Partey free-kick which also highlighted some potential weaknesses in the Japan set-up. Their backline isn’t the quickest and looked vulnerable when hit on the counter (which lead to the free-kick from which they conceded) – which is a concern with the quick attacking threat that Senegal and Colombia both pose.

Keisuke Honda: The experienced playmaker took the bold move of switching from Serie A to Liga MX after his contract at Milan expired, joining Mexican side Pachuca on a free transfer. Honda has been in fantastic form, scoring 10 goals and grabbing 4 assists in his 23 starts for Pachuca this season. Honda has fantastic vision, good dribbling ability and is fantastic at striking the ball – particularly from dead-ball situations and will certainly fancy a shot if Japan get a free-kick in a dangerous area…

Takashi Inui: The diminutive winger had a great season for Eibar, netting 5 goals and grabbing 2 assists (with an xG rating of 4.61 and an xA rating of 2.33), earning himself a move to Real Betis – where he’ll be playing Europa League football next season. Inui has all the attributes you’d expect from a tricky winger – he has incredible pace and acceleration (as demonstrated in his goal against Deportivo below. Despite playing on the left, Inui is primarily right footed, often cutting inside and unleashing a powerful shot. Despite his technical prowess and speed, his height and strength are somewhat lacking as his 5’6 frame is easily outmuscled.

Japan’s team is a lot better than people give them credit for and they go into the World Cup somewhat an unknown entity with a new manager with little time to trial things with the squad – which may prove both an advantage and disadvantage. Their chance of winning the tournament is very very slim, but I do think they could certainly make the first or second knockout round – provided of course they get out the very tough group they’ve found themselves.