I did team previews of both Colombia and Japan before the tournament started, so I knew this would be a fascinating match. Colombia are full of pacey, flair minded attacking players whilst Japan pride themselves on technical ability and organisation – normally a match like this could either be pretty uninspiring with each team cancelling each other out or be a thriller – but with the talent on show I knew it had the characteristics of a good game. 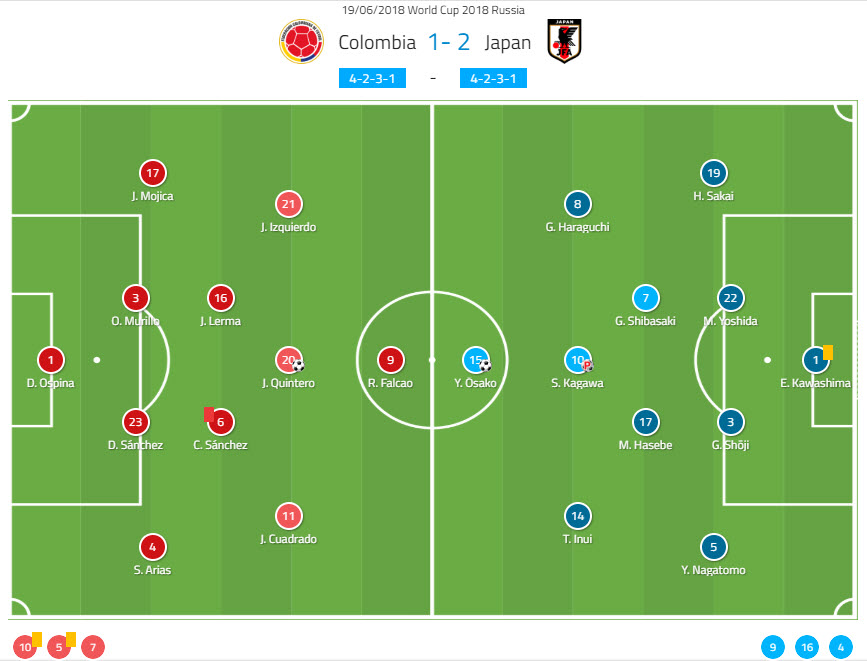 The main news was the omission of James Rodriguez who was replaced by Juan Quintero in the. Colombia, as expected, lined up with a lot of attacking threat, with wingers Izquierdo and Cuadrado offering plenty of pace. Also an unexpected start for Jefferson Lerma who was chosen to partner Carlos Sanchez in the heart of the Colombian midfield. Santiago Arias comes off the back of a fantastic season with PSV and will be one to watch with Cuadrado.

Japan line up in a 4-2-3-1 with plenty of quality. Shinji Kagawa starting over Keisuke Honda and Yuya Osaka over Shinji Okazaki were the main tough decisions for manager Akira Nishino – who takes control for only his 4th game since getting hired back in April.

Adapting to the red card

The main talking point of the match was obviously Carlos Sanchez’s handball – which resulted in a red card and a Japan penalty after just 3 minutes played. This obviously put Colombia on the back foot and it was interesting to see how they’d adapt to the decision. Interestingly Pekerman decided not to immediately take off an attacking player to reinforce the central midfield (probably to the frustration of Aguilar!) – instead dropping Quintero back alongside Lerma when Japan had the ball. 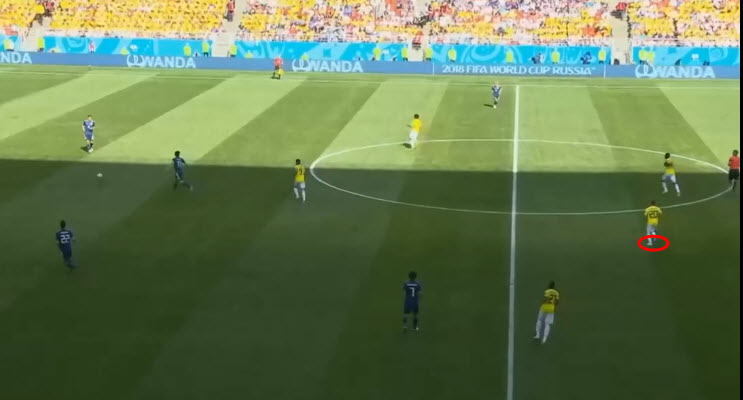 This formed a 4-4-1 when out of possession, with Quintero then pushing up and roaming when Colombia where in possession. You can see from Quinteros touches on the ball that he was played much deeper than you’d normally expect. 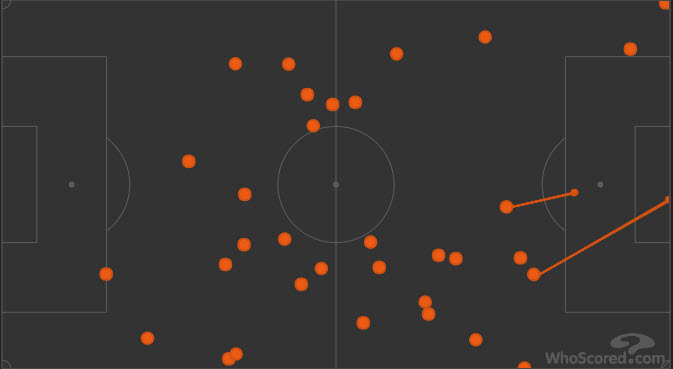 This obviously required every player to contribute defensively when out of possession, getting back quickly to defend. Juan Cuadrado was obviously not doing this to Pekermans standards and was hauled off after half an hour – being replaced by Barrios. It’s obvious to see from the heatmaps below that Barrios was more defensive than Cuadrado – giving Pekerman the defensive stability and balance he wanted.

The World Cup so far has seen an incredible amount of set-piece goals and this match was no exception – with all 3 goals coming from set-pieces (a penalty, free kick and corner). I have a feeling that teams have looked at set-pieces and decided that they are one aspect of the game that could give a huge short-term boost – ideal for tournaments like the World Cup.

It’s obvious to see that Colombia had researched this area for their game against Japan – the Japanese wall tends to leap very high when defending free kicks as you can see from the below examples from recent friendlies – which Quintero exploited superbly by slotting his free-kick underneath the wall.

Japan looked threatening from corners throughout and the warning signs were there for Colombia to adapt. You can see from the below picture that Japan exploit Colombia’s defensive set-up by getting their 2 players in the 6-yard area to make a run short – this forced the Colombian players to follow them (helped by Japan sometimes playing that short ball). The 3 Japanese players circled would then attack the 6-yard box – forcing a 3 vs 3 situation in a dangerous area.

The winning goal, however, came from a slight change in strategy that was helped by the introduction of Honda with his fantastic delivery. Throughout the game, Ospina looked to come off his line quickly to try and claim the ball – Japan reacted by holding the runs of the players in the 6-yard box shown above  – instead crowding the 6-yard area hoping that Ospina wouldn’t be able to come and claim like he had for a couple of the Japanese corners. This tactic, combined with Hondas fantastic delivery and the Japanese having the height advantage over the Colombian defence allowed for Osako to head home – with Ospina caught in no-mans land. You can see below Ospinas advanced starting position as the corner comes in, followed by him unable to claim the ball – whilst unable to get back into a decent position when the header is met. 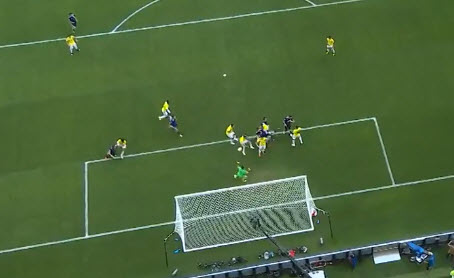 Before the game, Colombia were the bookie’s favourites to qualify from the group with Japan the longest odds the qualify so that result (combined with the toughness of the group) has meant the group has now been blown wide open. Sanchez will be a big miss in the Colombian midfield for their next game against Poland and Japan could potentially get a result against Senegal which would make the group very interesting – although that may well end Colombia’s hopes of qualifying.