I have one foot in the analyst’s camp and one foot planted firmly outside! Does that make sense?

The reality is that for the past 40 years I have worked as a professional football coach, ranging from club football through to national team coach – including winning national leagues and cups and coaching in the World Cup qualifiers.

My foot in the analyst’s camp is that as far back as 1998 I was sitting in front of a VHS (remember them?) with a pencil and paper (remember them?) spending hours trying to analyse games to help me make my training sessions more realistic and applicable to the game.

It started out with goalkeeping sessions. I decided that a lot of goalkeeping work I had seen (and in fact was doing myself) was not relevant to the realities of a game at the weekend.

So, I analysed firstly where were goals coming from and how were they being scored.

I found that at whatever level the same principles were applying, goals were coming from approximately 80% inside the penalty area and were mostly scored from one or two touches by the opposition player.

When I started devising practices for my goalkeeper to involve shots from these parameters, it suddenly morphed into realistic and relevant practices for the striker.

Even then I was horrified by the long queues practices where the players laid the ball into the coach who laid them off for a 1-2. Sadly, I still see these practices happening at international level today!

All I felt was that the coach was getting better at laying off the ball. I even watched one international team do these practices in training and it was six minutes between each strike on goal for the player. Even longer if he missed the target! (he had to go and get the ball).

So, I strongly believe my early forays into basic analysis helped me become a better coach in that my players were getting better quality sessions based on applied research and hopefully were improving as players, whether it be as strikers or keepers.

The results of the analysis work got me thinking – and remember this was the middle-to-late 90s. There were very few books on the market and amazingly there was basically no internet! A few younger analysts may not realise that world ever existed!

It got me thinking that if goals were mostly being scored in the box then how do you get the ball into the box as often as possible? And, the more players in the box the greater the chance of scoring!

Obviously, as football is a game of opposites, it made me then realise my team had to work really hard on stopping crosses and any passes into the box. Also, if set pieces were responsible for 35% of goals, we had better improve ours!

This wasn’t rocket science! Wing Commander Reep had initially done groundbreaking analysis, even using a miner’s helmet to supplement his pen and paper. Also, the much (and wrongly) maligned Charles Hughes at the FA had developed his coaching theory on analysis, particularly the use of direct play.

I wrote a document for a coaching lecture in 1998 based on my basic and raw research.

NEW PRINCIPLES OF THE GAME

All research shows that up to 85% of goals are scored within the penalty box.

All research shows that up to 85% of goals are scored within the penalty box.

35% of goals come from set pieces.

#4 PRACTICE DEFENDING AT SET PIECES IN THE CORRECT MANNER

35% of goals come from set pieces.

#7 DO THE BORING THINGS WELL

Systems of play are only as useful as the quality of your players. If your striker misses from two meters or your keeper lets shots through their legs, then systems don’t apply.

If you apply the above principles you will win with any team shape.

There is no substitute for hard work/running and concentrating when playing.

So that was my early foot in the analyst’s camp!

However, as time went on and the internet created a wonderful vehicle for knowledge sharing, I found that I was being bombarded and inundated with research from analysts.

Most of this was well-meaning, though a great deal was mercenary in essence “buy my program or my research”. A whole industry seemed to emerge. Maybe ‘Moneyball’ has a lot to answer for!

Sadly, a lot of the analysis I have been sent is, to be blunt, rubbish! Often it has been written by someone who has never coached or even played the game. Whilst that may not be an insurmountable barrier to analysis, it certainly helps to understand what you are watching on the screen. I emphasise on the screen as watching a game live, especially at ground level makes you appreciate speed, space and the physical capabilities of players. And don’t forget emotion – a tough thing to analyse.

I had one company send me an analysis of one of my international games in the 2018 World Cup Qualifying program. It was fascinating!

The analyst told me how I had trained, what I had planned and how our detailed “game plan” had not worked.

What the expert did not realise was that we had no “game plan” in that we had travelled, had four changes due to injuries, had not been able to train properly due to weather and then went and played the game.

In essence, they had analysed the game and the objective facts were fine – eg number of passes, distances ran etc – but the subjective analysis was like a fairy tale!

It was obvious that the analyst had no idea of our real preparation and had actually no idea of the reality of football.

Sometimes the “game plan” is imposed on you by the opposition. In simple terms, you may not get the ball for long periods of time! Or if a team are fitter than you then you cannot compete, especially in the last 20 minutes of a game.

A sad further reality is I have seen analysis of games that I know were “fixed” (eg goal spread or under/over Asian bet). The analysis of the game did not understand this was happening. I do feel however that analysis can assist in eradicating this cancer of fixing of games.

I have read more recent analyses of teams in Europe and again, being honest, I do not understand the language used (and I have an M.Ed!) Some of the analysts actually believe players have all these thought processes happening during a game. Most of a game a player is automatic, it “happens’. When a player is near exhaustion or being simply kicked it is impossible to process some of the things that the analyst is saying the player is processing.

So, my foot outside the camp says be objective – unless I know the analyst and trust their football experience and knowledge – do not try to be subjective and give opinions which are not realistic in football terms.

There is some top-class work being done in this field, as exemplified in this magazine. Another an example would be the work of Dr Ron Smith a highly qualified coach who did his Ph.D. in “How goals are scored!” – reviewing thousands of goals from worldwide football.

So, keep analysing – but make it real and relevant to the person who needs it most: the coach. It may even keep them their job, or even get you a job! 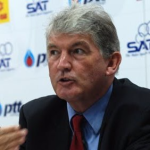 Steve Darby is a FIFA Instructor for Oceania and an Asian Football Confederation Coaching Instructor. He has played/Coached professionally in England, USA, Bahrain, Australia and Fiji. He has coached in the Malaysian National League with Johor F.A, winning the League and the Malaysian F.A Cup. He has also won a SEA Games Gold medal with Vietnam. After a spell with Sheffield Wednesday in England, he coached Home Utd in Singapore winning the FA Cup twice, the League and reaching the AFC Cup semi-finals. In a later spell in Malaysia with Perak, he won the Super Cup and AFC Qualification. He has worked as Thailand National Team Coach firstly working with Peter Reid and then Bryan Robson as the Managers. He has also had successful stints in India including coaching in the inaugural Indian Super League with Mumbai City FC. He was recently Technical Director and National Coach of the Laos Football Federation for the 2018 World Cup Qualifiers.

He also holds an Honours degree in Education Psychology and Post Grad qualifications in Administration. He has authored five Coaching Books.