Defending champions Liverpool signed Diogo Jota from Wolves for a deal worth up to £45m. The Portugese attacker will take the shirt number 20 and is likely to play an important role in his new team’s push for their, guess what, 20th league title.

Diogo Jota can play anywhere in the front three and is a much needed squad addition for the Reds, for whom Salah, Mane and Firmino have been playing a lot of football recently. The below visualisation shows where Jota ranked last season for some of the key attacking metrics. 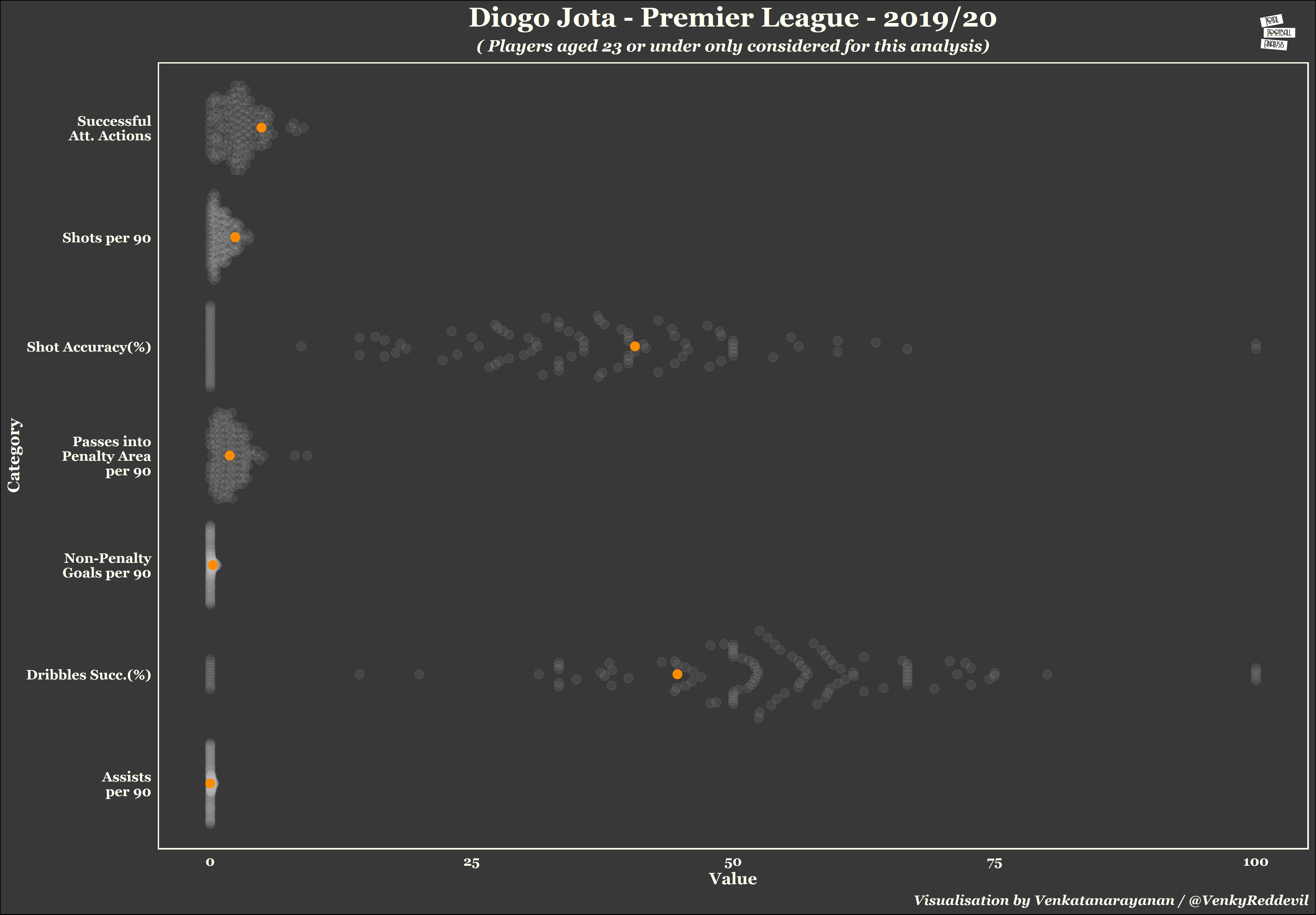 Diogo Jota had 0.26 non-penalty goals per 90 minutes. Only a few other u23 players had a bigger number than Jota for that metric. Jota also attempts a large volume of shots per 90 minutes (2.38), only slightly behind Mason Greenwood. When it comes to shooting accuracy, Diogo Jota is far behind many other u23 players with only 40.63% of his shots hitting the target. The versatile forward also ranks among the best u23 players for successful attacking actions per 90 (4.91), more than Emi Buendia, David Brooks, Jared Bowen, etc.

Liverpool fans have been crying out for some squad depth over the last few years and the addition of Jota is really a sensible one considering his age and what he can offer. However, the best of Jota might come a year or two later for the Reds.