With around three weeks to go until the start of Euro 2020, you’ll find plenty of pundits giving their opinion on how England should line up. It’s genuinely a difficult task, and you wonder whether Gareth Southgate knows his best team right now. That’s not a criticism, rather a compliment on the strength and depth of England’s options. Who, beyond Harry Kane, is guaranteed a starting place? Harry Maguire at centre-back, maybe. But beyond the two Harrys, you get the sense that every other place is up for grabs – that should be viewed as a good thing by England fans and something of a dilemma for Southgate.

Southgate has, however, been given less of a headache by way of UEFA’s announcement that squads can be increased from 23 players to 26. It provides the manager with an opportunity, perhaps to bring in some exciting talent that might otherwise have been deemed unready at this stage in their careers. Jude Bellingham, Mason Greenwood and Jadon Sancho are three of the exciting names that tend to be on the margins of the squads predicted by pundits at the moment.

You could make a case for all three. Sancho, in particular, might be aggrieved to be left out given he has already amassed 18 caps. But it is Greenwood that could prove the most logical choice – and most beneficial to England.

England should saunter through the group stages

Southgate should have little to fear from the group stage. In their analysis of Euro 2020 Group D, MansionBet writers Liam Flin and Aidan Perkins highlighted the weaknesses and waning quality of Croatia and the Czech Republic. Scotland will be tough, given the sense of occasion, but England have lofty ambitions. They are, after all, the bookies’ favourites for Euro 2020. Greenwood is the sort of wildcard you could see growing into the tournament.

Southgate has always talked about picking players on form, and Greenwood, after an uninspiring first half of the season, has started to show his qualities again. He has scored a flurry of goals in United’s last ten Premier League matches, and recently became Manchester United’s highest-scoring teenager – overtaking the record set by Wayne Rooney.

From a tactical standpoint, there are arguments for and against Greenwood. He is rightly deemed one of the most exciting young prospects in England. In particular, his ferocious shot and ability to use either foot are his most potent weapons. Troy Deeney recently called him “world class” and claimed that Greenwood was the Premier League’s best finisher outside of Harry Kane.

While England have lots of attacking options, you can argue that it lacks depth when it comes to what Deeney calls finishers. The likes of Marcus Rashford and Raheem Sterling have their merits, but neither is what you would call clinical. Dominic Calvert-Lewin looks likely to get the call as Kane’s back-up, but Greenwood offers something different to the Everton man. His ability to check inside defenders, bamboozling them by switching feet and then unleashing a shot from a tight angle or outside the box, creates goals from nothing for United – and you could see him do the same for England.

Greenwood needs to work on his general play

The problem, however, is that Greenwood remains a raw talent, but not in the traditional sense. Give him the ball in the box, and there are few others you’d want to back on scoring a goal. However, he is not always able to affect games for long stretches. The fact he can suddenly burst into life is a boon, of course, but his all-round play needs to become more effective. Just two assists all season in the Premier League tells a story, as does his 949 touches (analysis after 34 games) – around half of what Marcus Rashford (1,719) has managed.

But if England need someone to provide crosses and assists for Kane, they could bring on Sancho or Grealish. If they need a crucial goal when things are not going their way, then Greenwood can be that man. He has not quite mastered the right-wing position he is asked to play for United, and he should not be asked to do it for England. But as a substitute given a free reign when the team is desperate for a goal? It’s hard to think of anyone better. 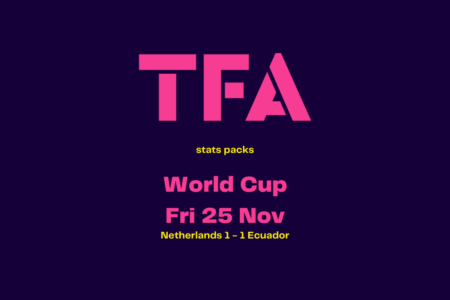 Friday saw Netherlands vs Ecuador in the FIFA World Cup 2022. We’ve broken down all the key stats for you to […] 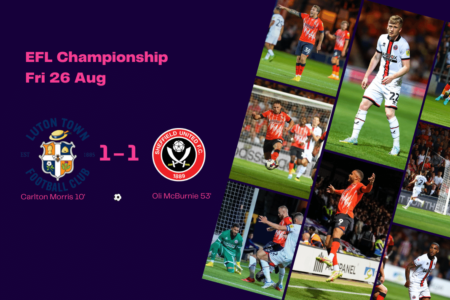 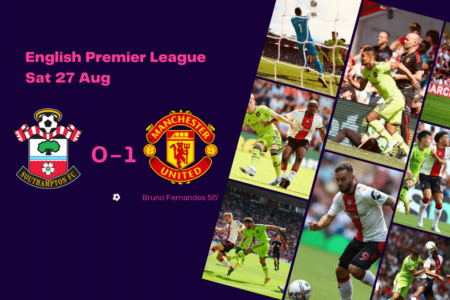