Manchester City are one of the richest clubs in the world. The club owner Sheikh Mansour has been committed to the projects since 2014, when the City Football Group (CFG) was founded as a holding company to administrate clubs under the ownership of Abu Dhabi United Group (ADUG). As the most symbolic Flagship club, Manchester City have achieved remarkable results in the past decade. Recruitment was a huge part of all these as football is about players, and finding good players need strategies.

Recently, City won the appeal of the UEFA ban from the Court of Arbitration of Sport (CAS). This means Pep Guardiola’s men already guaranteed a spot in the UEFA Champions League 2020/21, which was an attractive factor for players to consider. In addition, the unsatisfactory results in the Premier League this season have reflected the fact that the team need a rebuild.

In this retrospective recruitment analysis, we are investigating the recruitment history of City in the past five years, including the trends, patterns, and targeted leagues.

In the past five seasons, City have added 32 players to the squad. This number was calculated after gathering the data and statistics from Transfermarkt, which are the basis of this analysis. Only players that joined the first team are counted to eliminate the buying for the academy or other CFG teams. For example, Douglas Luiz and Jack Harrison were signed in 2017 with a price of €12m and €4m, but they are excluded as they were not in the first-team squad for different reasons.

The below image summarised all players that were added to the first-team squad in the past five years. Mainly there were four ways to recruit – permanent transfer and promoting from the second team were the most common transactions, accounting for 93.75% of players’ recruitment. Another two methods were applicable to two players – Eliaquim Mangala, who returned from Valencia as a backup centre-back and Scott Carson, the third goalkeeper and a loan player from Derby County.

Summarising the transfer fee and the age at arrival, we can know more about the targeted age groups of players and an estimated budget of the team. Although City are rich, investing a huge amount on one individual was not likely to happen. None of the City signings have made it into the top 20 recorded transfer fees. Spending €80m on a goalkeeper or over €100m on a field player was not the practice of the club. Currently, the most expensive signing is Kevin De Bruyne from Wolfsburg, City paid €76m for the Belgian international and this has proved to be a good deal.

However, spending around €50m to €70m to strengthen the squad is an acceptable range for City. Many key players in the current squad such as Aymeric Laporte, Raheem Sterling, and Riyad Mahrez were purchased with a price in this range. Note that only Mahrez and Kyle Walker in this range has exceeded 25 years old when joining the team. City were carefully building a young squad and the players with this price tag are expected to stay for a long time.

Although the average age when arriving the team is 22.84 in these five seasons (24.375 if excluding the youth promotions), two signings were made on relatively experienced players in 2016. They were Nolito from Celta Vigo and Claudio Bravo from Barcelona, but both required €18m only. If the player was too old, hit or even over the peak, City were not willing to spend too high. 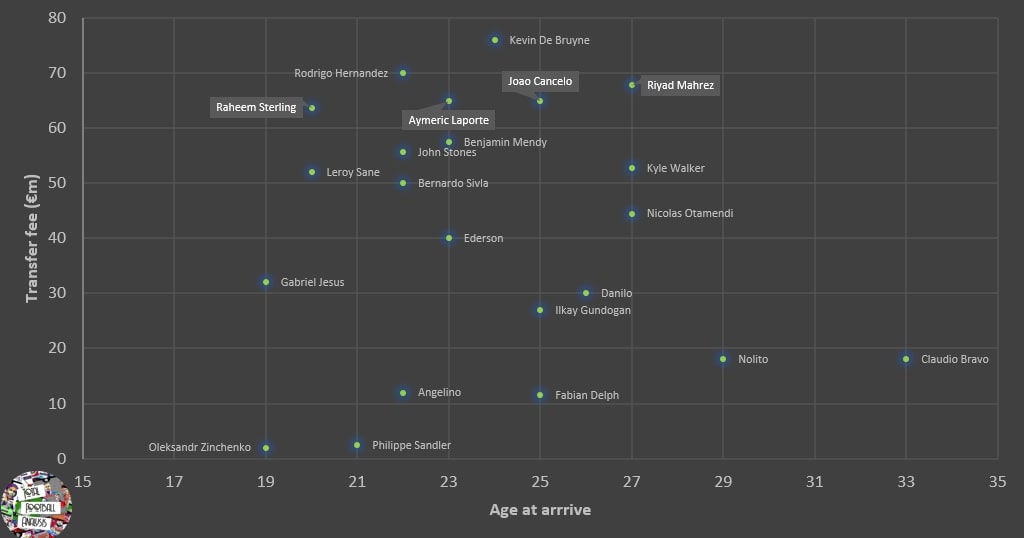 To summarise, the recruitments from the last 10 windows were quite fine. Among those 32 players, 20 of them were still a part of Guardiola’s team, achieving the “Centurion” and the “Fourmidable”. Meanwhile, four players were loaned out currently and their future has yet to be confirmed.

Only nine players left permanently, and this includes Leroy Sané who insisted to join Bayern Munich despite all the efforts City have made. Four players of this category were from the second team, while another one was Mangala. This suggested the signings could mingle as a part of the team. Apart from Sané, the three players that left were Danilo, Nolito, and Fabian Delph, who arrived at relatively cheaper prices. In other words, City were quite clear on who they needed for player required more than €50m.

After understanding the background information of City’s recruitment performances, we analyse the trends and changes in the past five seasons. This was related to the results of the team and the positions in the Premier League as a key indicator.

The historical positions are summarised in this table. The 2015/16 campaign was coached by the current Real Betis manager – Manuel Pellegrini, only having 66 points in the league which was the lowest in the past decade, ranking 4th on the table. When Guardiola took over, the first season merely ranked third, behind Chelsea and Tottenham. After that, we know what happened – the troops of Pep dominated in England and won everything in 2018/19. This season, they will be ending second in the league despite two games remaining.

The differences were huge. It was understandable as City were spending big before reaching the top of the league. In the recent two years, the squad was very fine and there were no reasons to rebuild the team. Txiki Begiristain only upgraded the squad slightly – replacing Danilo by João Cancelo and finding a replacement for Fernandinho, who was Rodrigo Hernández.

Although City were rich, they were clear on who they needed and refusing some unreasonable deals. For example, Jorginho would have join City in 2018, but the extra €2.5m demanded by Napoli was unacceptable to the club. Consequently, the Italian midfielder went to Chelsea and the Citizens had a “Fourmidable” season by playing Fernandinho and İlkay Gündoğan in that position. 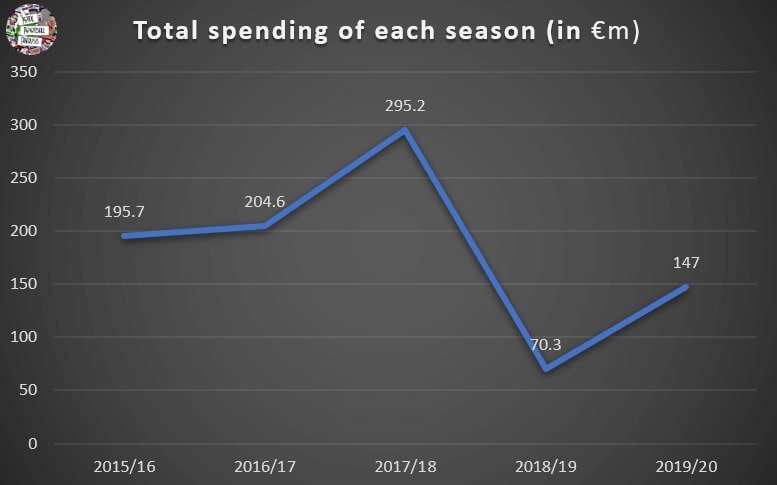 The below bar chart has reflected the average age of players added to the first team per season. In recent windows, City always tried to build a young squad and purchase players who could stay at the club for many years. Therefore, the average ages of arrivals per season were within the margin of 22 and 23 from 2015 to 2018.

The number of this season was slightly higher – 24.2, but this number escalated because of the 33-year-old Carson. In general, City seldom purchase players over 29, only goalkeepers are considered for this range. Therefore, it was intriguing to see whether City are investing on the 29-year-old Kalidou Koulibaly, who was 29 years old already and carrying an expensive price tag.

We believe City would be continuing this practice, searching for young players on the market. The rumours about City’s interests on the 20-year-old Ferran Torres seems quite true. 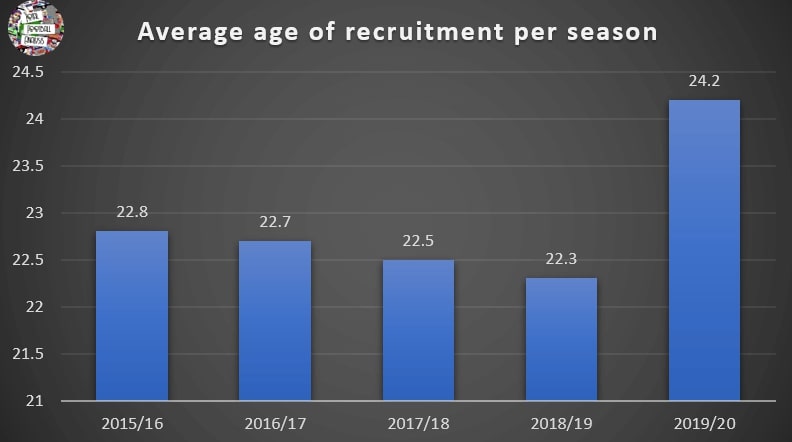 In the last part of this retrospective recruitment analysis, we are investigating where the targeted leagues are for the potential targets.

The past results are concluded in this tree diagram. Apart from youth players, City always recruit players from La Liga, as seven of them were coming from Spain. The Premier League came second, but almost not many of them came from direct rivals except Walker.

Only three signings were from the Bundesliga, but the quality of players was very high – Gündoğan, Sané, and De Bruyne all had some great years at City. The Benjamin Mendy and Bernardo Silva duo came from Ligue 1, purely because of the unstoppable Monaco 2016/17 campaign. Note that City tended not to sign from Serie A, as only Cancelo was from this league. Maybe it was because Maicon, Matija Nastasić, and Stevan Jovetić were not successful bargains in the previous decade. 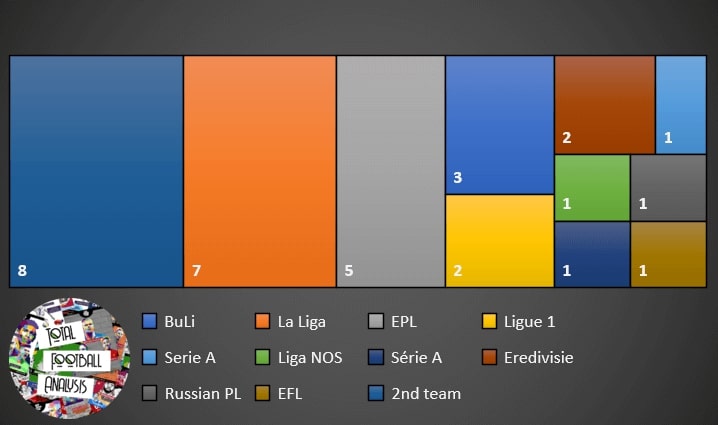 The second tree diagram is a summary of all nationalities. No specific pattern is observed. It reflects how City were purchasing the players mainly because of the abilities, not other factors. Five English players were signed to fulfil the minimum of registered local players in the Premier League. 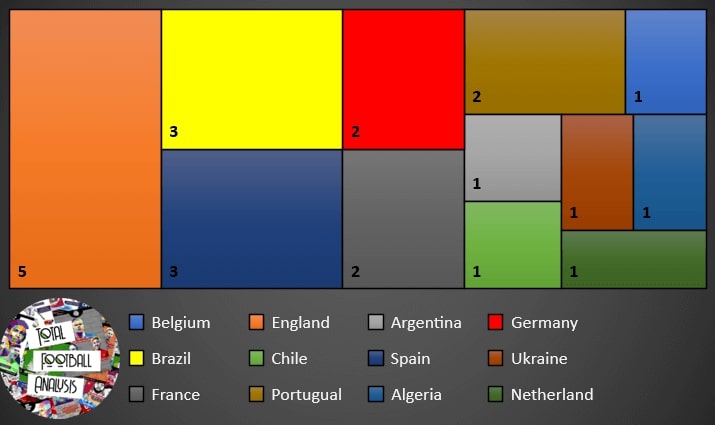 In this retrospective recruitment analysis of City, we have shown you the patterns of transactions. Building a young squad is always the objective of the team, and the number of investments was related to the performance of the team. Given the unsatisfactory results in this season and the successful appeal, it is very likely we will get to see City spend big to rebuild the team this summer. 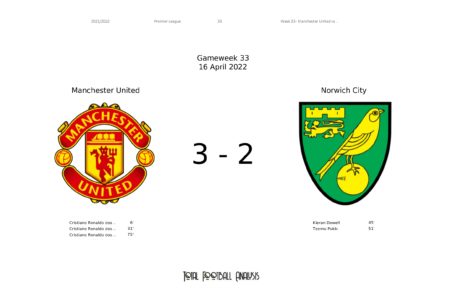 Saturday lunchtime saw Manchester United welcome Norwich City in the Premier League. We’ve broken down all the key stats for […] 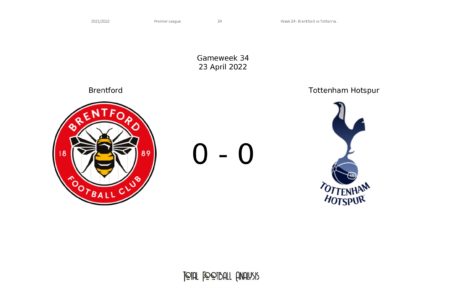 Saturday evening saw Brentford welcome Tottenham in the Premier League. We’ve broken down all the key stats for you to […] 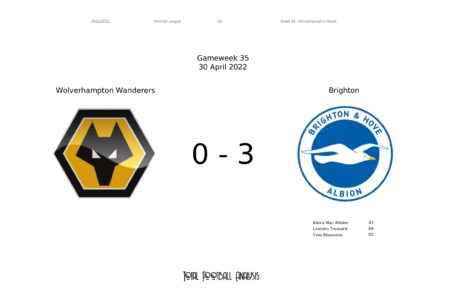 Saturday afternoon saw Wolverhampton Wanderers welcome Brighton in the Premier League. We’ve broken down all the key stats for you to […]