There’s yet another cracking weekend of UEFA Nations League action to ease the gap between domestic football seasons’ coming up. Last week the group stage got underway, with the third round of matches taking place across the next week before the newest international tournament breaks until September.

The unique format of grouping teams together based on world rankings means lots of big hitters across the continent will be facing each other. This also gives nations with lesser footballing sides the chance to make it to the latter stages – something which they would struggle to do in a traditional Euros or World Cup-style tournament.

Without further ado, here’s our pick of games happening this Saturday and Sunday, with previews and expert betting tips for each…

We kick off with League A Group 4 as the Netherlands take on Poland in a battle between two nations who have arguably underachieved in the last few years. This is true for the Netherlands in particular, who boast world-class talents like Virgil Van Dijk and Frenkie De Jong among their ranks. However, in last summer’s Euros, they were dispatched in the round of 16 by the Czech Republic. A humiliating exit for the Oranje and their passionate fans.

Poland has significantly less pressure on them to perform on the big stage, but with Bayern Munich superstar Robert Lewandowski up front, they always have a chance of beating anyone on their day. But they finished bottom of their group last summer, picking up just one point after facing arguably one of the weaker groups.

Unsurprisingly it’s the Netherlands who are favourites for this one at 8/15, while a Poland win returns 19/4. We fancy the home side here, but don’t think it will be straightforward with Lewandowski to deal with, therefore a bet of Netherlands win and BTTS at 5/2 is our pick.

Fresh from beating England last weekend, Hungary faces another huge task on Saturday, this time in the form of Germany in League A Group 3. They will be looking to build upon an impressive start to proceedings and progress into the latter stages of the competition.

Germany on the other hand were held to a 1-1 draw by European Championship winners Italy which isn’t the worst result for Hansi Flick’s side, who are in something of a rebuilding phase after the consistent underachievement after 2014’s World Cup triumph.

They are of course favourites for this clash at odds of 9/20, while Hungary come in as 6/1 outsiders which could be worth a few quid if you fancy a repeat of last weekend’s events. We think they will hold Germany off, but only until half-time, so we are going with a Draw-Germany bet in the Half-Time/Full-Time market, priced at 3/1.

On to League A Group 2 now where Switzerland take on Portugal, who currently top the table. The Seiss will have to turn around their bad form which has seen them concede five (four of which came last week against the Portuguese) and sit bottom of the group.

Ronaldo and co will be looking to repeat last Sunday’s antics as they romped to a three-goal lead before half-time, adding a fourth after the break to complete the Swiss humiliation. However, you’d expect a response from the home side, who do boast several quality players in their ranks such as Shaqiri and Xhaka.

Naturally, Portugal are favourites at 21/20, with the Swiss getting you odds of 5/2. We strongly fancy Portugal to perform like they did last week, and you can get odds of 12/5 on a Portugal-Portugal Half-Time/Full-time bet, which is what we are backing here.

Staying in the same group, Spain takes on the Czech Republic with the two sides also facing off against each other last weekend, playing out an entertaining 2-2 draw as Inigo Martinez equalised for the Spaniards in the dying moments of the game.

The Czechs have carried on from last summer’s respectable showing at the Euros, where they were knocked out by a spirited Danish side in the Quarterfinals. Spain also gave a good account of themselves in the tournament, making it to the Semi-Finals before losing to eventual winners Italy in a shootout. That was considered a successful tournament, given the fact their young side is still developing and eventually hoping to be the next golden generation of players they had 10 or so years ago.

Spain are strong favourites for this at odds of 2/ 5 while the Czechs come in at 13/2 outsiders. With the home advantage, we are backing Spain to go one better than last weekend and win, with a result and BTTS bet on the home side getting you healthy odds of 5/2.

Fancy a bet on the UEFA Nations League action? Sign up with Bet365, stake £10 and get £50 in free bets when it settles.

What is the best position for Cristiano Ronaldo play in the FIFA 2022 World Cup? 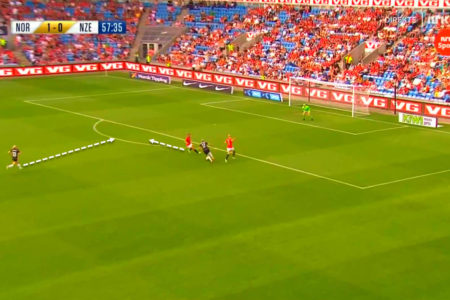 As the 2022/23 Premier League season begins to slowly creep in from the horizon, many punters are beginning to make […] 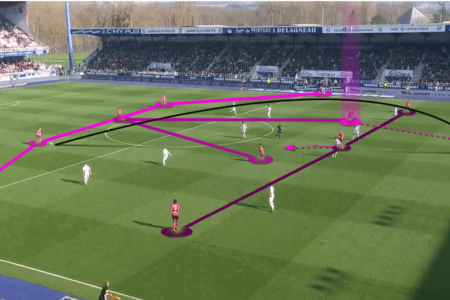 Understanding Sports Betting Odds Ahead of the New Season

Incredibly, the new EPL season is now less than one month away, with Crystal Palace scheduled to take on Arsenal […]