With a blistering 2021/22 Premier League season now firmly behind us, it’s time to turn our attention to the next campaign, which promises to be just as enthralling. Liverpool ran Man City extremely close last season – missing out on the League title by a hair’s breadth – and you can bet Klopp’s men have the bit between their teeth for the trophy this time around. City have strengthened significantly though in the form of Erling Haaland, who is likely to provide the answer to their striker ‘problem’ since Aguero left.

Elsewhere, Erik Ten Hag will take charge of the huge rebuilding job at Old Trafford. He must improve upon a dismal campaign last year that saw United finish a lowly sixth. They will be aiming to get back in the Champions League, but face stiff competition from Chelsea and Spurs, who will both be looking to keep elite European Football at their respective clubs after qualifying last year. Arsenal came desperately close to the top four and early indications are they will strengthen significantly in another bid for it in 2022/23.

With all that in mind, we’ve taken a look at the early odds for who is in the running to finish top scorer at the end of the season and contenders for PFA Player of the Year. Without further ado, here are Total Football Analysis’ early odds previews…

Erling Haaland may be a complete newcomer to the Premier League, but he has instantly become the bookies’ favourite to win the domestic golden boot next season at odds of 7/2 following his move from Dortmund to Manchester City.

The usual suspects of Mo Salah (9/2) and Harry Kane (5/1) are second and third favourites respectively. Salah of course finished joint top scorer last season alongside Son-Heung Min, who is the fourth favourite at 9/1. The pair enjoyed a prolific season scoring 23 league goals each for Liverpool and Spurs.

Cristiano Ronaldo also enjoyed a good campaign in terms of goals last year with 18, and will be hoping Erik Ten Hag will improve the supply line so he can better that total next season. He gets you the same 9/1 odds as Son to finish top scorer. Liverpool’s £85 million new boy, Darwin Nunez is the sixth favourite, getting you odds of 11/1.

Manchester City’s talisman Kevin De Bruyne is the bookies’ initial favourite to reclaim his PFA Player of the Year crown at 8/1 after winning the award two years in a row from 2019/20 to 2020/21. He was beaten by Mo Salah last season, who had a blistering campaign for the Red. Salah is second favourite to win it again in 2022/23, just behind the Belgium playmaker priced at 9/1.

The bookies’ are tipping Erling Haaland to hit the ground running next season under Pep’s tutelage. As mentioned above, he’s the favourite for top scorer, but he’s also the third favourite to win the PFA Player of the Year at 10/1. That could look like a very good price come the end of the campaign if he continues his Dortmund form in City colours.

Next is the man who the Citizens tried to sign last summer to fill their striking void, Harry Kane. The England hitman looks set for another season at Spurs, but under a World Class manager like Antonio Conte and Champions League football to look forward to, it could be a good year for him and Tottenham. He is priced at 12/1 to win the award.

Last season’s PFA Young Player of the Year Phil Foden is next, with the youngster getting odds of 14/1. He has thrived over the last few seasons as City have dominated domestically. Although he is an outsider for the award, at those odds it’s definitely worth considering.

Cristiano Ronaldo is behind Foden at 16/1, with his return to Old Trafford being a high point in an otherwise dismal season for the Red Devils. He will be hoping Ten Hag improves the team this season so they can at least challenge for a top-four place during 2022/23. Despite his age, Ronaldo’s outrageous fitness levels and natural footballing ability will always give him a chance of winning an award such as this.

Also priced at 16/1 is Son-Heung Min, who was arguably Tottenham’s best player last season, scoring 24 goals in all competitions. Since arriving in North London seven years ago, he has become a crucial part of the club, forming a formidable partnership with Kane that fired them back to the Champions League last season. A repeat of that would see him well in the frame for PFA player of the year.

Manchester United duo Bruno Fernandes and Jaden Sancho, along with Liverpool’s Diogo Jota all place next with odds of 18/1. Fernandes didn’t hit the heights of previous years for United last year but did manage 10 goals and 14 assists in all competitions. If all goes well with the new manager, no doubt those figures will increase.

Sancho on the other hand had an extremely underwhelming debut season at Old Trafford, notching just five goals and three assists in all competitions. Again, his fate will be decided by how Ten Hag improves the style and the personnel of the team.

Diogo Jota enjoyed a fantastic campaign last season and has really thrived since arriving at Liverpool, silencing the many doubters who questioned the move from Wolves at the time. The Portuguese striker managed an impressive 21 goals and eight assists in all competitions last year and with Mane leaving, he should get even more opportunities next season. 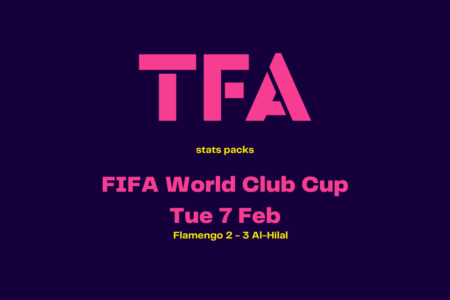 Tuesday saw Flamengo vs Al-Hilal in the Club World Cup. We’ve broken down all the key stats for you to digest […]

TFA Today: The importance of sleep, another RB Salzburg gem and Villarreal under Setien – and more!

Saturday’s Total Football Analysis Today brings you… In this week’s podcast, Adam Scully sat down with Michael Brown of FK […] 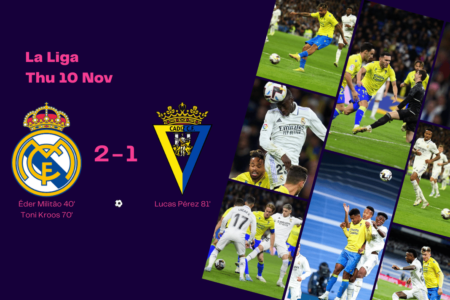 Thursday night saw Real Madrid vs Cadiz in La Liga. We’ve broken down all the key stats for you to digest […]