Venezuelan football has grown exponentially during the last decade. A country that was used to participating but not being competitive in World Cup qualifiers and Copa América has lately had a much more relevant role in those tournaments, recording a historic fourth place in the 2011 Copa América held in Argentina. Although for the qualifiers for the FIFA World Cup held in Russia in 2018 they showed poor performance, 2017 saw their U-20 National Team lose the World Cup final against England, in what has been their best historical result at the national level, in any category.

A solid youth development plan along with very talented players being discovered has allowed the Llaneros to be more competitive than ever before. What started several years ago with Juan Arango or Salomón Rondón, has continued with good players showing up in European and American leagues as Rómulo Otero, Yangel Herrera or Adalberto Peñaranda.

Rondón was only 18 years old when he arrived in 2008 as a free transfer to UD Las Palmas, in Spain, and he has stayed in Europe since then. After two good seasons at Málaga in La Liga, under Manuel Pellegrini’s lead, the club’s economic troubles took him to Russia where he played for three seasons in Rubin Kazan and Zenit. He was transferred in the 2015/2016 season to West Bromwich Albion and has stayed since then in the Premier League.

Last season he was loaned to Newcastle United where he was, according to Rafa Benítez, an “important player” and also won the club’s official player of the season award. Although the club’s performance was not stellar, at St James’ Park they are already doing the numbers to keep the Venezuelan on a permanent basis. This tactical analysis will show strengths and weaknesses of the Venezuelan player, after teams like Wolves have also been reportedly interested in his services, in what should one of the engaging histories during the transfer window.

What numbers say about Rondón

Goals, goal chances, assists, duels, etc. are statistics that have something in common. They all usually show how players perform with or in relation to the ball, but they hardly evaluate how a player performs without it. This is especially unfair to Rondon because probably his biggest strength is without the ball. Strikers face sometimes unfair judgement; they can barely be in contact with the ball for a long time during a game, and suddenly they may face clear chance, that if missed, will not be easily forgotten.

With a height and weight of 186cm and 85kg respectively, Rondón’s physical toughness is a key strength as a striker. This physical condition also means he is less agile and therefore his strength is not 1v1 duels with the ball under his control. He averaged 2.49 dribbles last season at Newcastle with only a 62.1% success rate, compared to other strikers in the Premier League as Harry Kane, Sergio Agüero or Liverpool’s Roberto Firmino, all of them averaging at least 3.33 dribbles and 66.3% success in those.

Although it may sound unfair to compare Rondón to the top strikers in the Premier League, on teams that usually facilitate the job of a striker, it is useful to understand where he stands compared to what top players produce during a season. His physical characteristics result in a player that usually plays in the final fourth of the pitch to receive goal kicks or long balls, as he is able to hold possession while receiving those passes, or he is able to win aerial duels against the defenders. After that, he is usually closer to the goal area through the middle of the pitch, as a pure striker waiting for his opportunity to score or to assist his teammates. 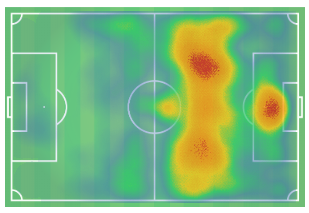 His success ratio in offensive duels is also low, 34% for last season, compared to 42% of Firmino, the lowest among the three players mentioned before, but higher than the 28.9% of Giroud at Chelsea, another strong but less agile player. The reduced agility also results in more possession lost, with 15.62 average lost possession last season versus the 7-to-11 range of Firmino, Agüero, Kane and Giroud.

In terms of efficacy, Rondón averaged 0.46 goals per game, in line with Kane, Firmino, Giroud and even Lukaku, that are in the 0.43-0.53 range, not considering Agüero here that is totally out of the normal with a 0.82 figure. But considering Goals minus xG, if a player outperforms his chances or not, Rondón totals 0.03, in line with Agüero’s 0.02, below Kane’s 0.10 and Firmino’s 0.07, but above Giroud’s -0.05. As the image below shows, Rondón’s efficacy in front of the goal area is good, but not outstanding. 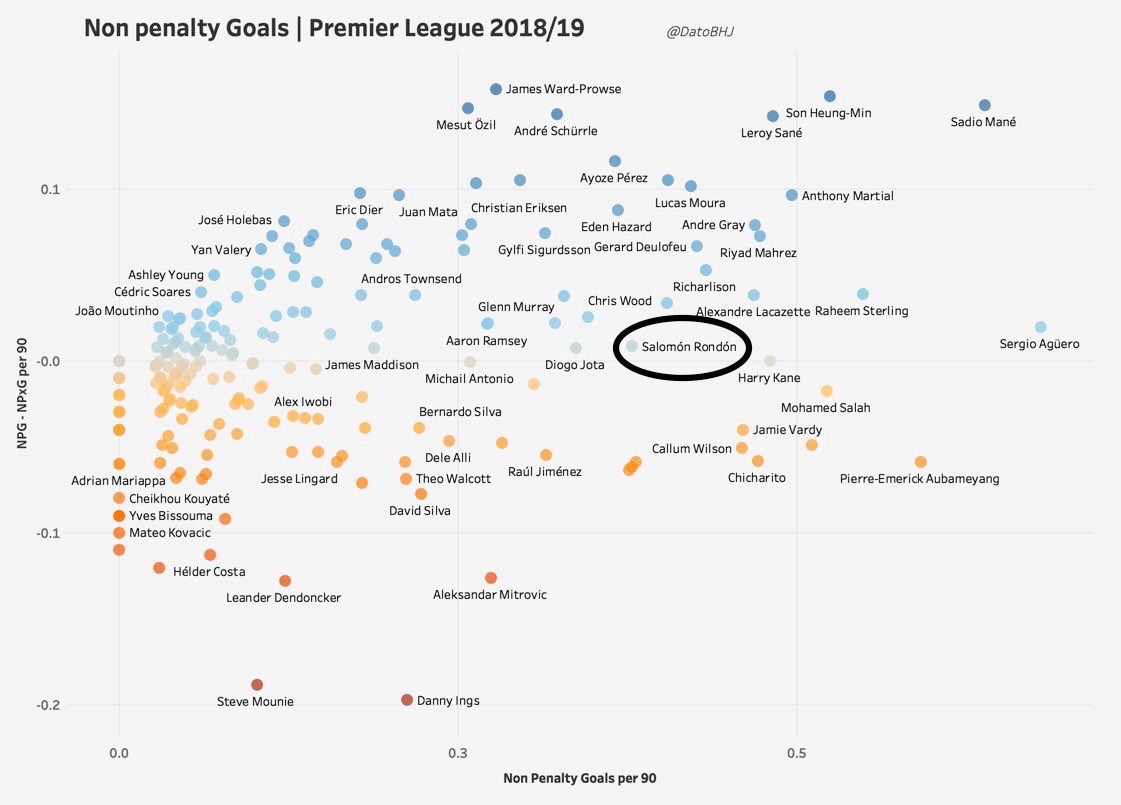 Where does Rondón really stand out? His good positioning and excellent movements off the ball generate goal chances for him and his teammates. According to Squawka, he created 1.67 open play chances every 90 minutes, higher than Kane, Firmino, Giroud and Agüero.

Also, according to Wyscout, he averaged 0.20 assists during last season, at the top of the range of 0.07-0.21 of Kane, Agüero, Firmino, Lukaku and Giroud. Doing the same math of Assists minus xA, Rondón is top of the list with 0.11. He is technically very good, and that allows him to receive the ball while under pressure and execute good passes while being marked, increasing his offensive contributions through more assists. The Venezuelan may not stand out individually, but he is a true team player helping his teammates flourish.

His physical strength also means he is strong in the aerial game. According to Squawka, he won 8.48 aerial duels every 90 minutes during last season, way higher than the 4.36 of Giroud, second in the list. This is relevant offensively but also defensively, where he also plays an important role, especially in set-plays.

Numbers show he is a good striker, with decent chances to conversion ratios but also a very good team player. Let’s see now with some images how smart and unpredictable he is while off the ball, another big strength that numbers don’t capture.

Rondón is very smart when moving around the attacking front. With or without the ball he is very good at timing the movement to the perfect moment to gain enough space to receive the ball and be able to either pass to a teammate or try to score.

As mentioned before he is not extremely agile, so 1v1 duels are not his strength. Therefore the ability to lose his marker is even more relevant to receive with enough space and time to avoid those duels. The sequence below shows how he is moving close to his marker, but he does a small movement at the perfect time, taking advantage of the blind spot of the defender, to receive with enough space to continue the attacking play. Notice how in both cases the defenders looked at him, and when they turn to look at the ball, Rondón starts his movement to lose his marker. In one of the situations, he assists his teammate and the other one he scores. 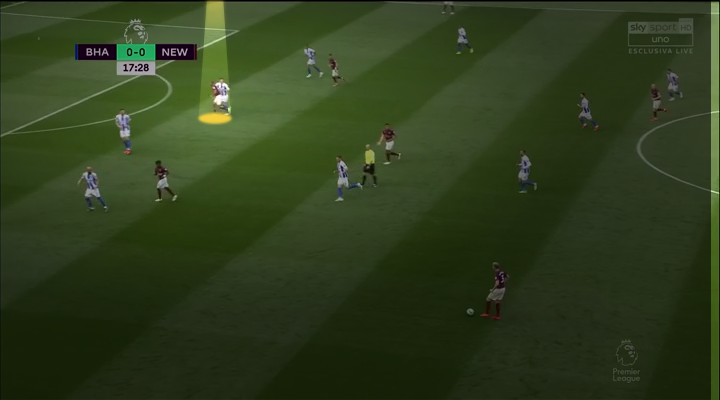 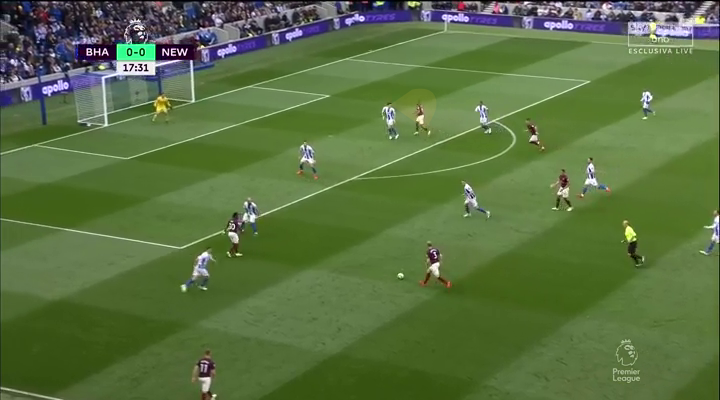 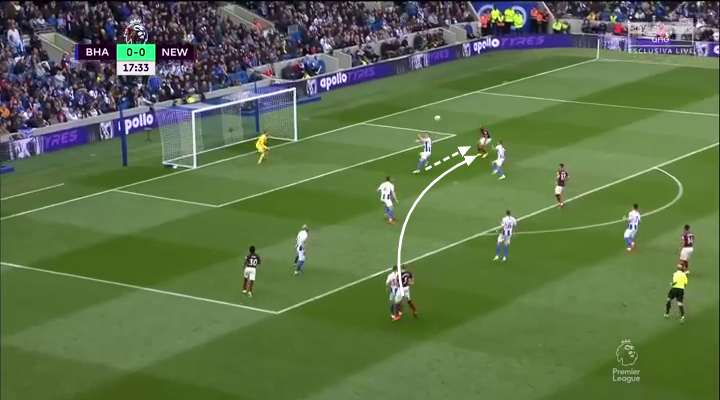 Now the second sequence when he is able to lose his marker and score. 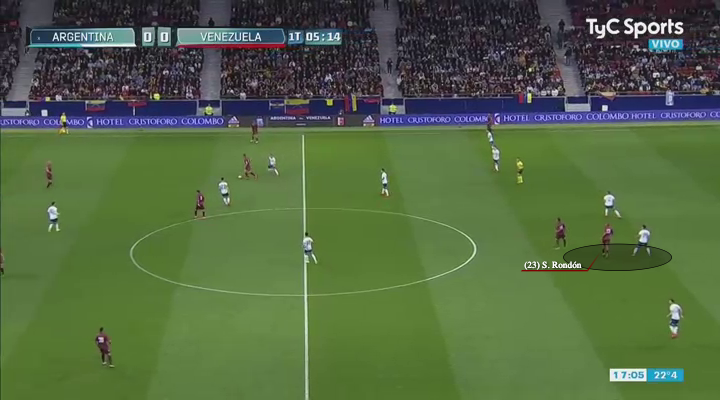 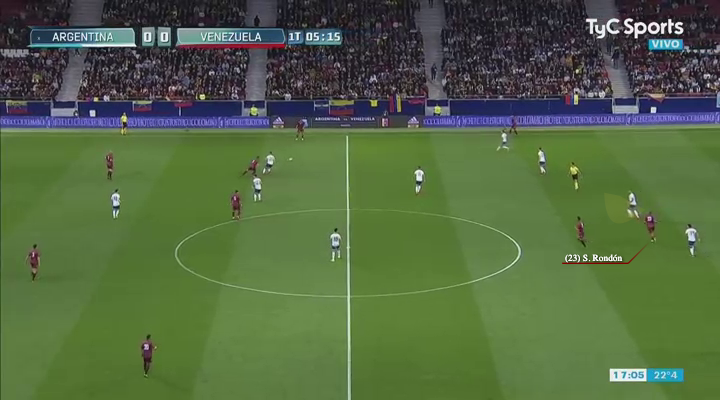 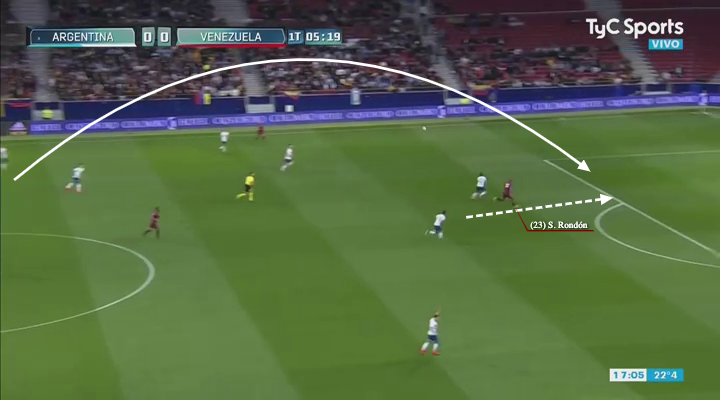 Similarly, he has very interesting movements without the ball. He doesn’t have good acceleration, but he is not slow at all once he has gained speed. He understands very well when his role is to free up spaces for his teammates when the play demands to take the ball to a different place from where he is. He is very good at dragging defenders out of their position, something that has proven to be very useful especially for counterattacks. In the sequence below we see how a counterattack that starts on his side, is successfully directed to the other wing while he keeps his marker closer to his position. 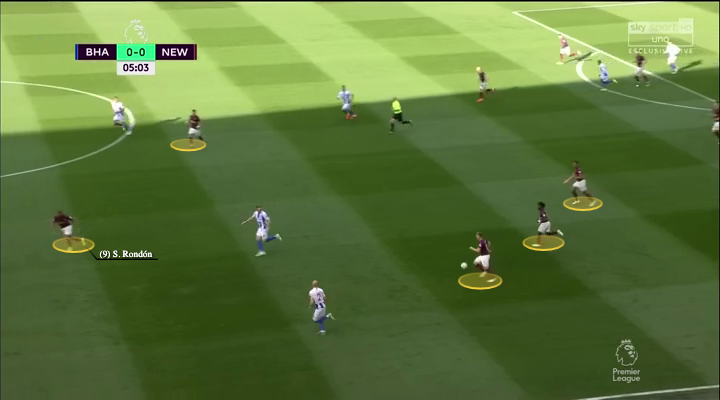 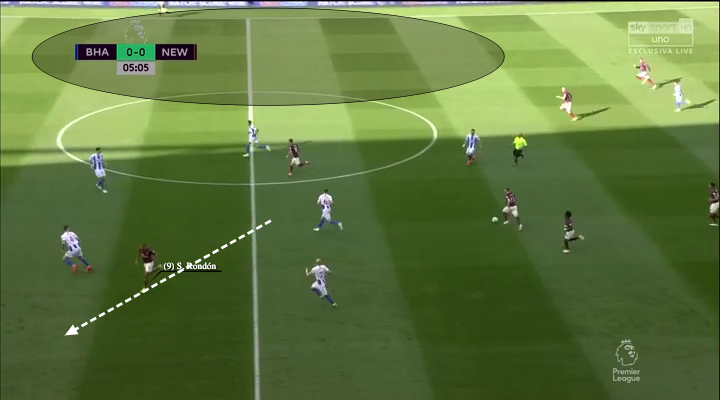 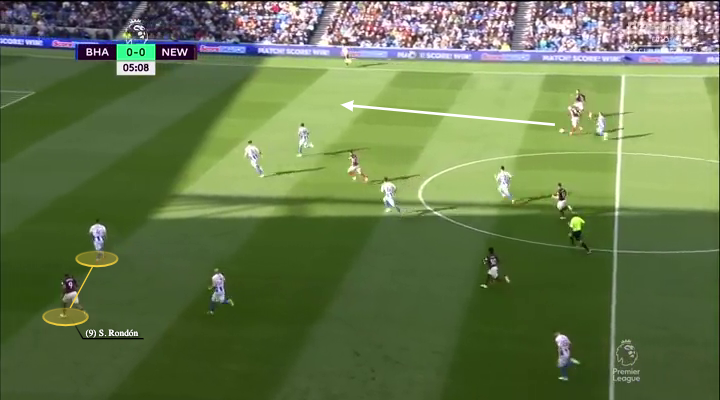 Conclusion: a smart player with great vision to play with and without the ball

He probably won’t be the lethal striker you see in Sergio Agüero. But Rondón has a very interesting combination of physical strength, decent technical skills and a team-play oriented player. He has scored almost every season a decent number of goals and he also participates in the offensive phase of his teams through assists and great movements that help his teams progress.

Rondón is being followed by several teams in the Premier League and he has proven through the years to be a useful and tactically smart player. Moreover, he has been very consistent in his performances, adapting to the different teams and coaches he has had. That is a key ability as football is every day more immediate and urgent, and therefore adaptation is a key virtue that the Venezuelan has and whoever manages to sign him will be happy to know that.