What is the potential impact of Jean Michael Seri at Fulham?

Jean Michael Seri was wanted by Barcelona last season and Chelsea this transfer window but his chosen club was Fulham FC. Last season he made 30 Ligue 1 appearances for OGC Nice contributing 2 goals and 5 assists. Fresh from a summer with no World Cup and with his reputation for intelligent play, technical quality and range of passing, how will he fit into the newly promoted side’s line up?

Jean Michael Seri most attractive proposition to Fulham is his passing accuracy, which averaged at 91% in the 2017/18 season. It also proves he just doesn’t perform against the lesser sides. For example, in OGC Nice’s 2-1 loss to PSG, he still maintained a 90% pass accuracy. 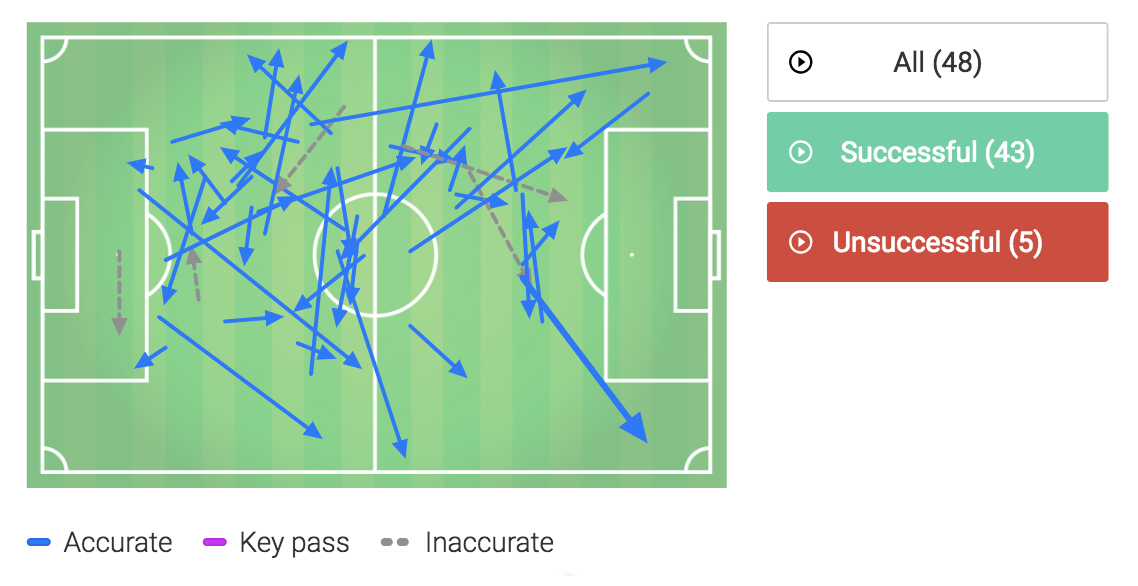 Looking at his pass map, he will bring a range of passing to Fulham’s midfield. He understands the need to retain possession against the bigger sides but also looks to penetrate the opposition by playing searching through balls. Importantly, to really thrive at Fulham, he may need to adapt his game. Whilst his passing accuracy is impressive he did not break into the top 30 in Ligue 1 for key passes or assists. How will he fit into the Fulham side?

During their Championship season, Fulham looked to control games through possession. Fulham’s attacking style of play enabled them to top the rankings for goals scored, with 82, alongside Wolverhampton Wanderers. They were second in possession statistics with an average of 56.2% and topped expected goals with 82.37. These statistics fit in perfectly with Jean Michael Seri’s style of play as they look to control the tempo of the game and create chances from midfield.

Fulham also topped key passes with 151 (average of 2.84 per match)as opposed to league champions Wolverhampton Wanderers with 132. Key passes have been crucial to Fulham’s possession-based game looking to penetrate the opposition from deep, to create chances for the onrushing Ryan Sessegnon and Tom Cairney. The Championship Play-Off Final illustrates this perfectly. 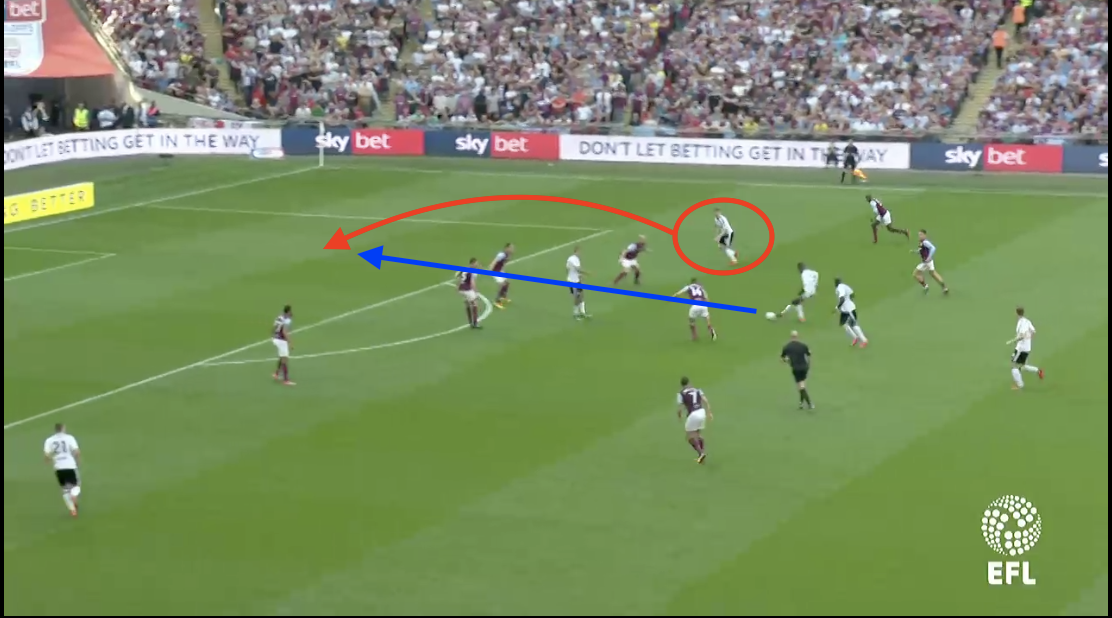 Ryan Sessegnon plays a low through ball (illustrated in blue) through the Aston Villa back four. Tom Cairney runs from deep on the outside of the fullback (illustrated in red) to then finish to put Fulham 1-0 up. Whilst retaining possession is part of their playing model for Fulham FC, their expected goals are so high due to their penetrative passing. If Jean Michael Serri is to be a success at Craven Cottage he will need to adapt his game to include more penetrative passes to feed the likes of Ryan Sessegnon. 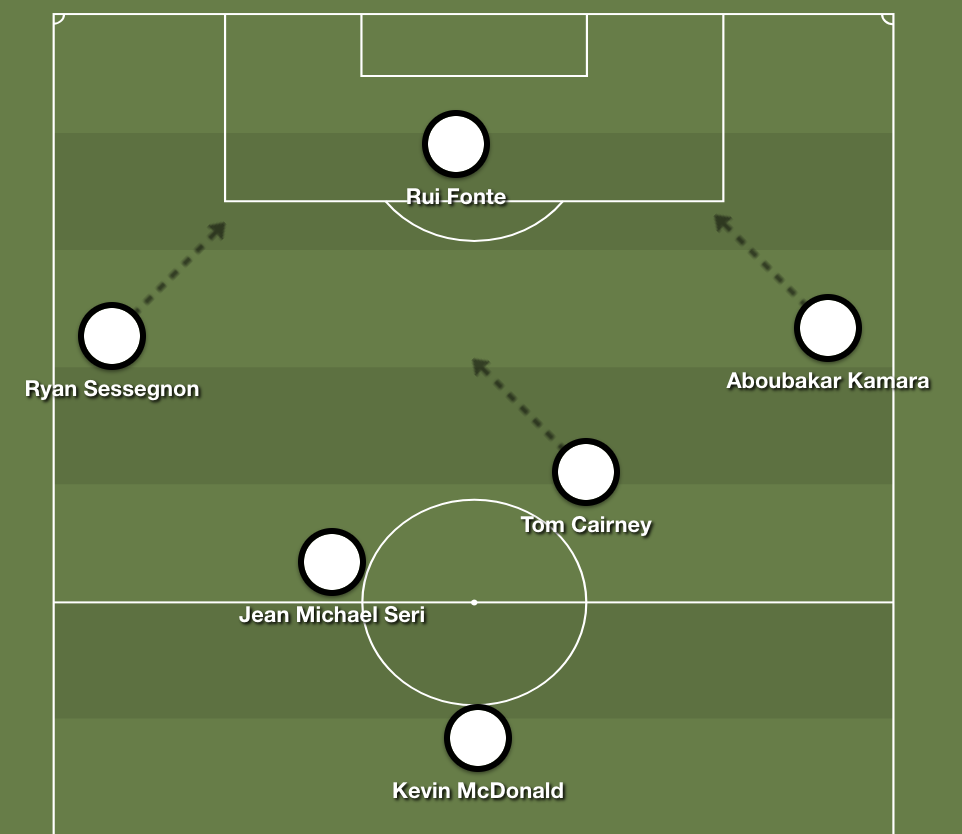 As you can see Jean Michael Seri will benefit from the off the ball runs being made by Fulham’s front three and Tom Cairney. We’ve already learnt from his pass map that he has a wide range of passing and that will suit Fulham’s style while trying to control the game. 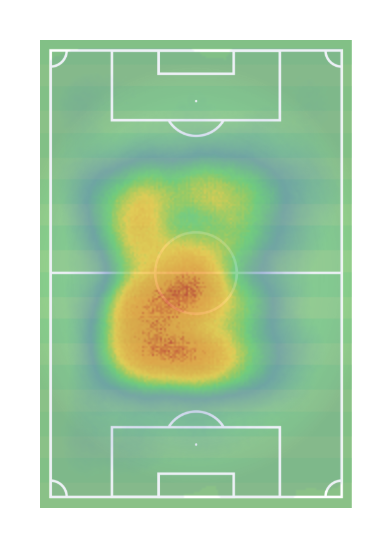 Furthermore, looking at Jean Michael Seri’s heat map it shows his favoured positioning as a deep-lying playmaker in a three. Whilst he doesn’t quite sit in front of the back four a lot of his work is completed in the centre of the field with the occasional break forward. Although, in a team looking to dominate position this will be vital. His positioning in the three will be vital to recycling possession and also quickly changing flanks to attempt to catch the opposition unbalanced and potentially create goal scoring opportunities.

The other option this heat map reveals is that Jean Michael Seri could equally play alongside a holding midfielder. That would result in a change of shape for Fulham to a 4-2-3-1 but maybe against a higher level opposition, they may choose for that added protection. Whilst his strengths are in his passing ability he also makes on average three interceptions per match and also wins 40% of his duels. Whilst that isn’t the same level as an anchoring holding midfielder it could provide additional protection if Slavisa Jokanovic decides to play with two midfielders in front of the back four. As seen below, his smart intricate passing will help unlock opposition defences. 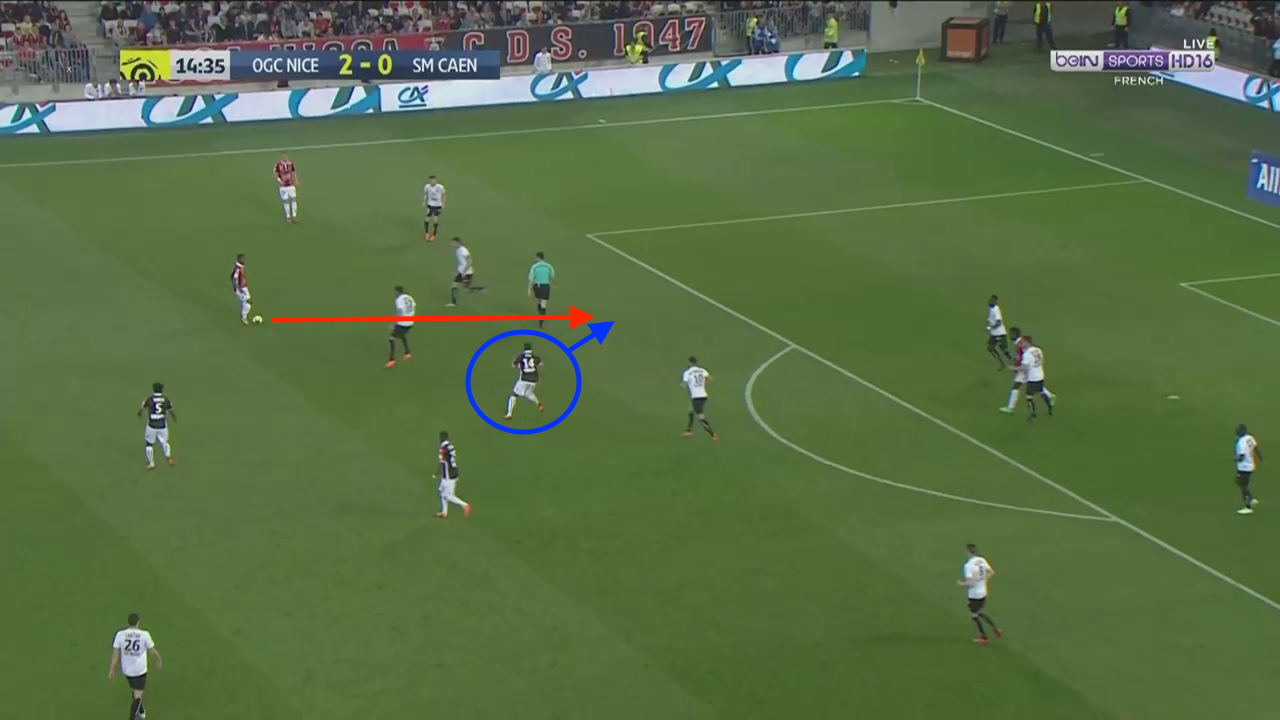 OGC Nice are looking to control the game creating an arc with their midfield to quickly move the ball from each flank. However, Jean Michael Seri has found space in between the defensive and midfield line that can be exploited. This will be key to Fulham’s game model if they continue to look to control matches through possession in the Premier League. They will find that spaces become tighter and opportunities less frequent. Therefore, having someone with a diverse range of passing will be crucial to creating goalscoring opportunities and also to Fulham surviving in the Premier League.

On the face of it, he fits perfectly with Fulham’s style of play. Drilling down into the detail, Slavisa Jokanovic will need to encourage him to be more forward thinking. At the age of 26, he is still learning and will need to adapt to the pace of the Premier League. His best position will be as a deep-lying playmaker in a midfield trio, where he can impact the game from deep. Playing him alongside a combative midfielder will provide him with protection to let his creativity shine and playing another midfielder further forward in a 4-3-3 or 4-2-3-1 will provide him with a target to break the midfield and defensive lines.

For an analysis piece on another new midfielder coming to London, check out this on Lucas Torreira.