Both teams went into the match knowing a win would put them in contention for topping the group and making it to the semi-finals in the newly formed UEFA Nations League. Spain tore Croatia apart in the first group game between the two teams with an emphatic 6-0 victory, putting behind them the painful memories of their World Cup campaign. At the opposite end of the spectrum, Croatia were keen to build on their historic world cup campaign, whilst avoiding relegation from group A of the Nations League. 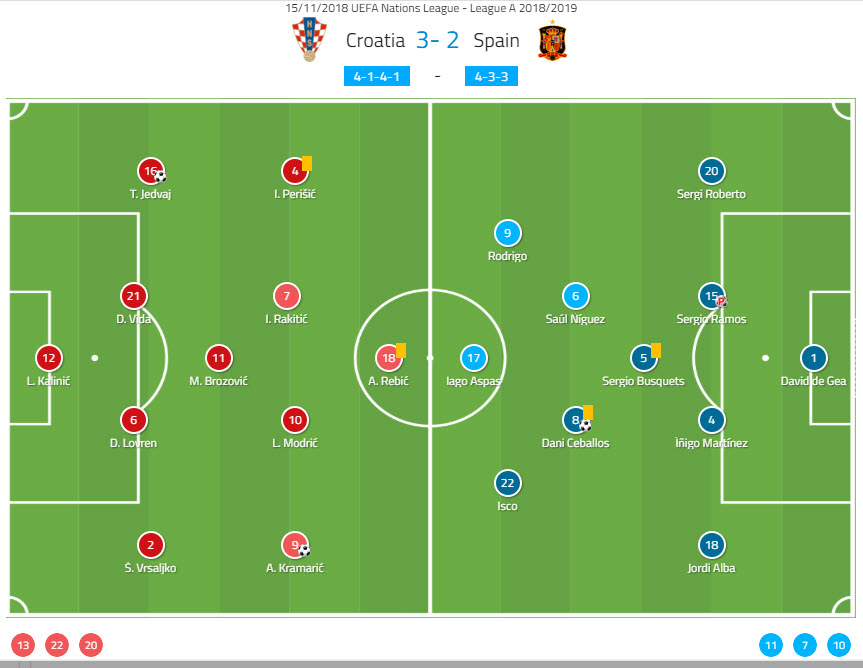 Both teams lined up in a 4-3-3 formation with no real surprises. Croatia’s defence was made up of Kalinic in goal, with the ever-impressive Vrsaljko at right-back, Lovren and Vida (who had an impressive World Cup and was linked to several Premier League clubs) in the middle and Tin Jedvaj at left-back. The trio of Rakitic, Modric and Brozovic offered a superb range of passing and vision, to feed the forwards Rebic, Peresic and Kramaric.

Spain’s defence saw the return of Jordi Alba at left-back, alongside Ramos, Inigo Martinez (for only his 8th cap) and Sergio Roberto. The midfield saw a mix of youth and experience with veteran Sergio Busquets partnered by Saul and Dani Ceballos, whilst in attack, Rodrigo was moved to the right-wing, with Iago Aspas moving central with Isco at left-wing.

The first half consisted of Spain having a lot of the ball. And I mean a lot: they went in at half-time having 63% possession, but all it did was contain Croatia rather than generate any chances for themselves. Spain struggled to move the ball to their forwards, instead happily keeping the ball in midfield and defence. It was telling that despite all the possession, Spain’s first shot came in the 43rd minute, with forward Aspas making just 21 touches in the first half – with only one anywhere near the Croatian penalty area. 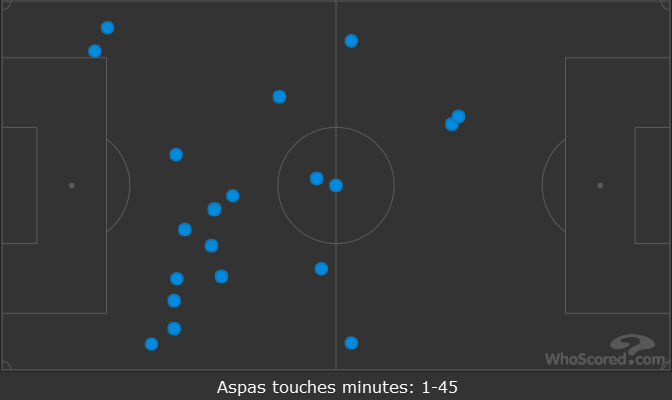 The Spanish passing was slow and predictable which combined with limited movement up front meant it was relatively easy for Croatia to form a low block, man-marking the forwards and restricting Spain’s play.

Whilst Spain’s central midfield are obviously elite technical players and fantastic at retaining possession, I felt they lacked someone to force a break-through, someone to play between the lines behind the Croatian midfield such as in the area shown below. This would have helped draw defenders out, allowing for more passages of pass and move, which were rarely shown on the night. With Isco on the pitch but out wide and Asensio on the bench, Spain lacked that creativity in central areas that is sometimes required to unlock tough defences which ultimately cost them the match.

As mentioned above, Croatia used their shape to force Spain into certain situations, not only to win the ball back – but also to help launch their own attacks. Numerous times during the match Croatia played the ball into the channels, often catching Sergio Roberto or Jordi Alba high up the pitch, with the pace and power of Ivan Perisic, in particular, causing the Spanish defence problems. 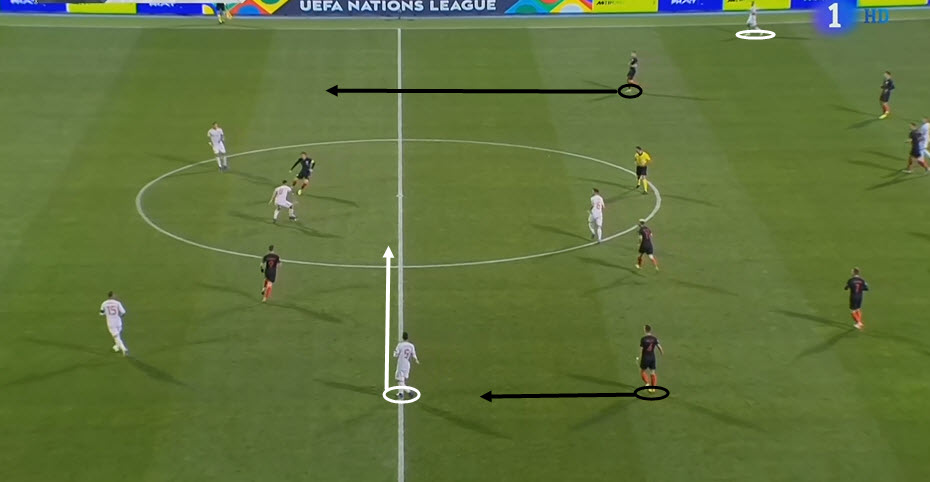 In the above picture you get an example of how high the Spanish full-backs were pressing and the space afforded to the Croatian attack, Spain have the ball in the centre-circle, but you can see Alba (circled at the top of the screen) ridiculously high up the pitch, leaving Rebic nearest to him plenty of space to maraude into if there’s a turnover in possession. I’ve also circled Busquets at the bottom of the screen when he returns into the centre, the same space will be afforded to Perisic next to him. 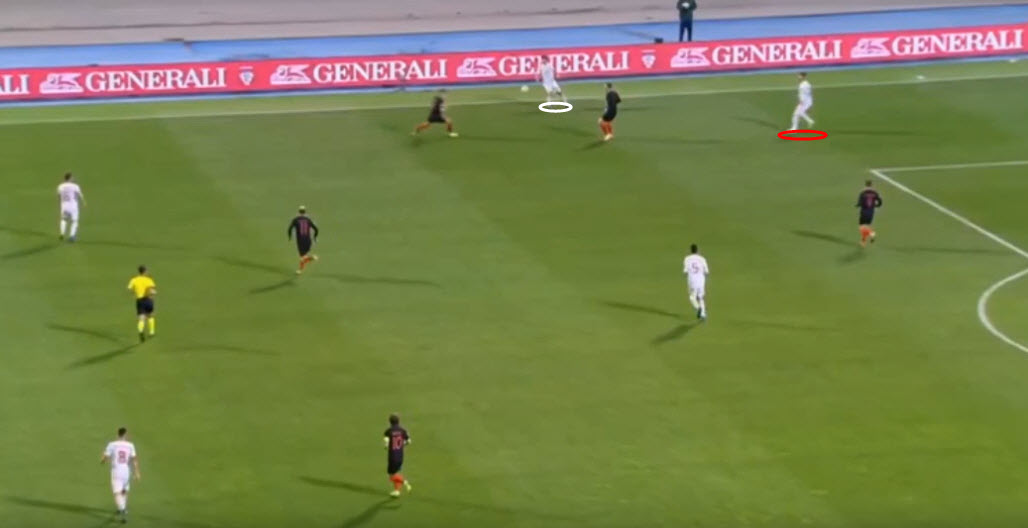 It was in this space that Croatia created their first goal – Sergio Ramos (circled above in red) had taken the ball out wide, forcing Sergio Roberto (circled in white) to drop back to receive the ball, Croatia then pressed, intercepting the ball from Roberto. With Ramos so far out of position, it meant a one on one for Kramaric with De Gea, with a good finish to put Croatia in the lead.

The first half of football was definitely one to forget, with little impact from both teams (bar Perisic hitting the post after a great move), but the second half saw both teams really step it up a notch with some great passages of play and an incredible 5 goals scored, which was highly entertaining and tactically interesting.