January friendlies are not normally the type of matches that get a lot of attention, especially in terms of Concacaf teams. Sunday’s matchup featured the first United States Men’s National Team (USMNT) game under Gregg Berhalter against Panama. The majority of each squad’s top players were still honouring their European club commitments, so the level of talent was not on full display. Despite these situations, there was a lot of intrigue surrounding the match due to the arrival of Berhalter.

The United States set up in a 4-2-3-1, which looked much more like a 3-5-2 in possession. Panama lined up in a 4-5-1 defensively and did not look eager to press much throughout the game. Panama’s lack of ambition to press forced Berhalter to try and break down an extremely low block.

As with most January friendlies the game was extremely choppy with very few passes being strung together. The first 20 minutes could be categorised by players on both squads being extremely uncertain of positioning and movement. Panama were actually able to find some spaces going forward due the positioning miscues of the USMNT. As can be shown below they found some spaces out wide for crosses throughout the first half, but never created any real threatening opportunities.

The beginning of the match saw Berhalter’s team showing similar characteristics to his Columbus Crew outfit, but they just weren’t as sharp. The wingers tried to find space cutting inside. Although this lead to a narrow shape, it allowed for some attempted combination play. It also saw Michael Bradley a little bit higher up the field instead of dropping purely as the deep pivot.

The USMNT were able to breakthrough in the 40th minute due to some impressive individual efforts. Although the buildup was not pretty initially, Real Salt Lake star Corey Baird was able to play a perfectly weighted ball back to Chicago Fire rising star Djorjde Mihailovic who scored from the edge of the box. This seemed to settle the US down and set a precedent of the United States being on the front foot the rest of the match.

The second half started with Berhalter making no changes. The USMNT continued to apply a controlled press, forcing turnovers in the middle of the pitch. The highlight had to be Walker Zimmerman’s goal, which could have been absolute disaster for Berhalter’s side. Panama were set to start their counter-attack off of a corner, but Nick Lima made a great challenge and even better cross. This lead to Zimmerman beating the Panama goalkeeper to extend their lead in the second half.

The second half also saw the United States continue to try and attack the final third. They ended the night off of a Christian Ramirez finish after a one-on-one opportunity and cross, the type of goal that was a staple of Berhalter at Columbus Crew.

One part of Berhalter’s system that was evident throughout the game was the focus on pushing at least one, if not both, of his wingers into the attack. From the start Real Salt Lake product Corey Baird was extremely direct in trying to get behind the Panamanian defence. This included his off-the-ball movement, diagonal runs and tucking inside to create overloads with Gyasi Zardes.

Baird’s ability to tuck inside created his own best scoring chance of the game, while also setting up the first goal. He shift was defining as it is what Berhalter expects out of his wingers.

This was also noticeable in the second half by the USMNT, even in the latter stages when Paul Arriola and Jonathan Lewis used their speed to create scoring chances. Lewis was a key figure in breaking down the Panamanian defence for the third goal by Christian Ramirez.

Wrinkle in the system

Berhalter showed that the USMNT is not going to be a carbon copy of his Columbus Crew side with his introduction of Nick Lima’s role. The right-back was tucked inside the attack the whole game in possession to help add another midfielder in breaking down the low block. This is a staple of Pep Guardiola’s scheme at Manchester City, and not something one would expect in a friendly against Panama.

Lima’s role was essential in helping build up play and finding himself in dangerous parts of the pitch. His tackle and influence in the centre of the pitch were evident for the first goal, as the ball would have never made it to Baird to grab an assist without them.

In possession you could also find Lima in the attacking third, getting extremely high up the pitch. This basically forced the US defence to play three at the back while in possession. The positive is that it added the extra numbers in the attack. However, Panama would have capitalised had it not been for a strong Zach Steffen save. It will be interesting to see if this is a long term strategy for Berhalther, but one must put in perspective this was a January friendly.

Ask most USMNT fans about Bradley and you will most likely receive an emotional answer that he should not be a part of the plan going forward. This is obviously not something Berhalter believes as he handed Bradley a start ahead of Columbus Crew star Wil Trapp.

Bradley did not play the deep pivot role that we saw under Bruce Arena in World Cup qualifying. Instead, he was more of a defensive central midfielder who was the focal point in breaking up possession. He only had one obvious tackle to make, but had several key passes.

While this was a friendly against Panama, Bradley was a focal point in breaking down their low block. Bradley often found either Zardes, Roldon or Mihailovic with his passing, as opposed to just playing a simple square ball to his defenders. 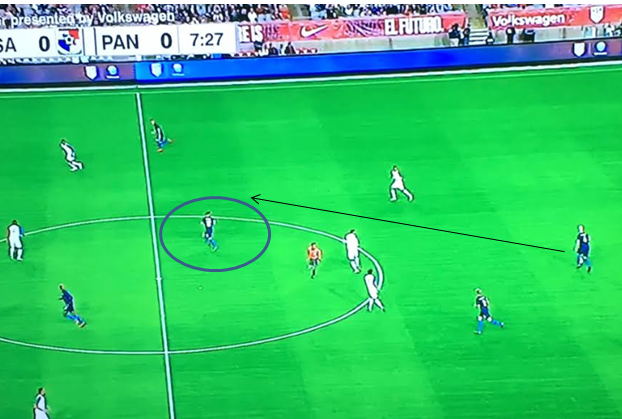 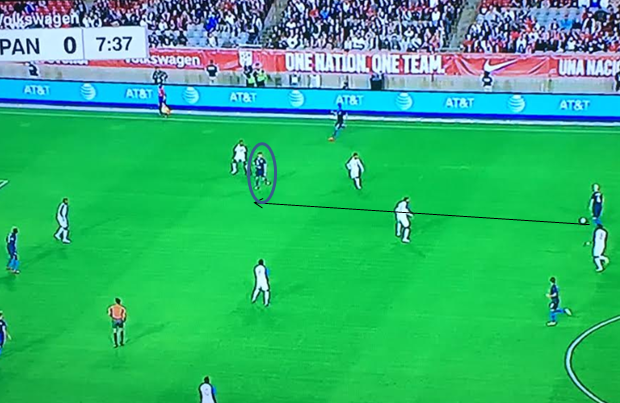 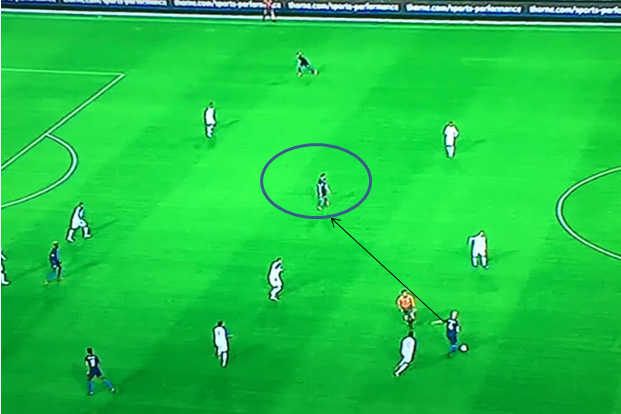 Simply put, everything about this match needs to be kept in perspective. Panama did not have many real regulars in their squad, nor did they plan to threaten all the much. We can’t take too much away from their performance as they were just trying out their young talent in a deep unchallenging low block.

On the other hand, the USMNT looked to have a clear plan of how they wanted to play, which is not something they have had in a long time. Berhalter also gave some glimpses of the different roles he may have for future players. One should keep an eye how his system will evolve with new players being brought in, especially the European based players, as well how he lines up against more quality opponents.