How Arsenal snatched victory from the jaws of defeat

Relegation contenders Huddersfield fell to a 2-1 loss at home to Arsenal in the Premier League on Saturday. Unai Emery’s Arsenal went to John Smith’s Stadium knowing only a win would be sufficient to keep them in contention for a top-four spot. Goals from Alex Iwobi and Alexandre Lacazette meant Arsenal walked away with all three points despite another scruffy, unconvincing win. Jan Siewert’s Huddersfield deserved much more from a game which they arguably dominated. 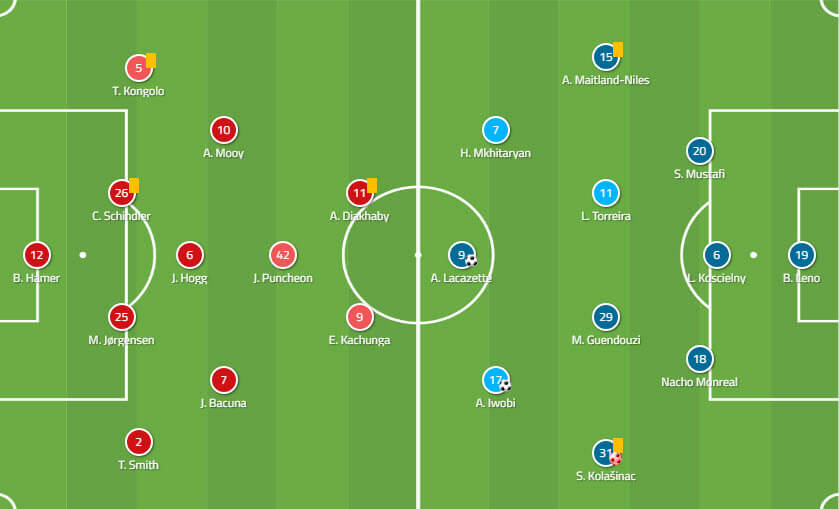 Team selection has brought Unai Emery in the firing line all throughout this season and the Spaniard did himself no favours by opting for a three-man defence against the lowest scoring side in the division. Lining up in a 3-4-3, a significant aspect was the return of Henrikh Mkhitaryan to the starting XI following a period on the sidelines.

A bout of illness in the Arsenal camp meant that Ozil, Aubameyang and Ramsey didn’t even travel with the squad. Lacazette led the attack in Aubameyang’s absence. Ainsley Maitland-Niles continued at right wing-back in Bellerin’s absence. This lineup had a greater element of width to it than we have seen from Arsenal over the past few weeks.

Huddersfield opted for a 4-3-3 with Elias Kachunga leading the line. Adama Diakhaby and Jason Puncheon operated as the wide men on either side of the forward. Regular creative outlet Aaron Mooy played in a free role in midfield with support from Jonathan Hogg and Juninho Bacuna. In defence, Siewert opted to play Terence Kongolo at left-back over Erik Durm.

The team put out by Unai Emery had a significant element of width to it. In the past few games, Aubameyang has usually started on the right wing for Arsenal before drifting inside to goalscoring positions. However, his forced absence and Mkhitaryan’s return meant that the visitors were able to utilise the spaces behind Huddersfield’s full-backs more efficiently, especially on the right flank.

Siewert’s decision to play Kongolo instead of Durm really backfired as the Dutchman was all over the place defensively. Trying to win the ball, his rash tackling and positioning meant that it was easy for Mkhitaryan and Maitland-Niles to operate in the space vacated by him. This was key in both the Arsenal goals. For the first, Iwobi was unmarked in the penalty box and was allowed to take a shot, while for the second Maitland-Niles had space and time to cross and find Lacazette on the far post.

Regrettably, it seems a surety that Arsenal will concede a goal every match, even against the weakest of sides. Against Huddersfield, Arsenal were arguably second best, even statistically. Huddersfield enjoyed 55% of the possession while registering six more shots and making 74 more passes than Arsenal. They were all damning stats for the Gunners and indicate how lucky they were to come away with the win.

Better finishing on Huddersfield’s part and the result could have been much different. Arsenal conceded the goal in injury time but the warning signs were impossible to ignore. Mustafi, unsurprisingly, was at the heart of the nervy defending, especially in the first half. Poor clearances, misplaced passes and a lack of aggression summarised the Arsenal defence, barring Koscielny.

Arsenal’s captain, once again, led by example putting his body on the line for his side. The Frenchman made three tackles, two blocks, two interceptions and an exceptional 10 clearances. Despite his heroics, throughout the game Arsenal struggled to deal with Huddersfield’s wingers. 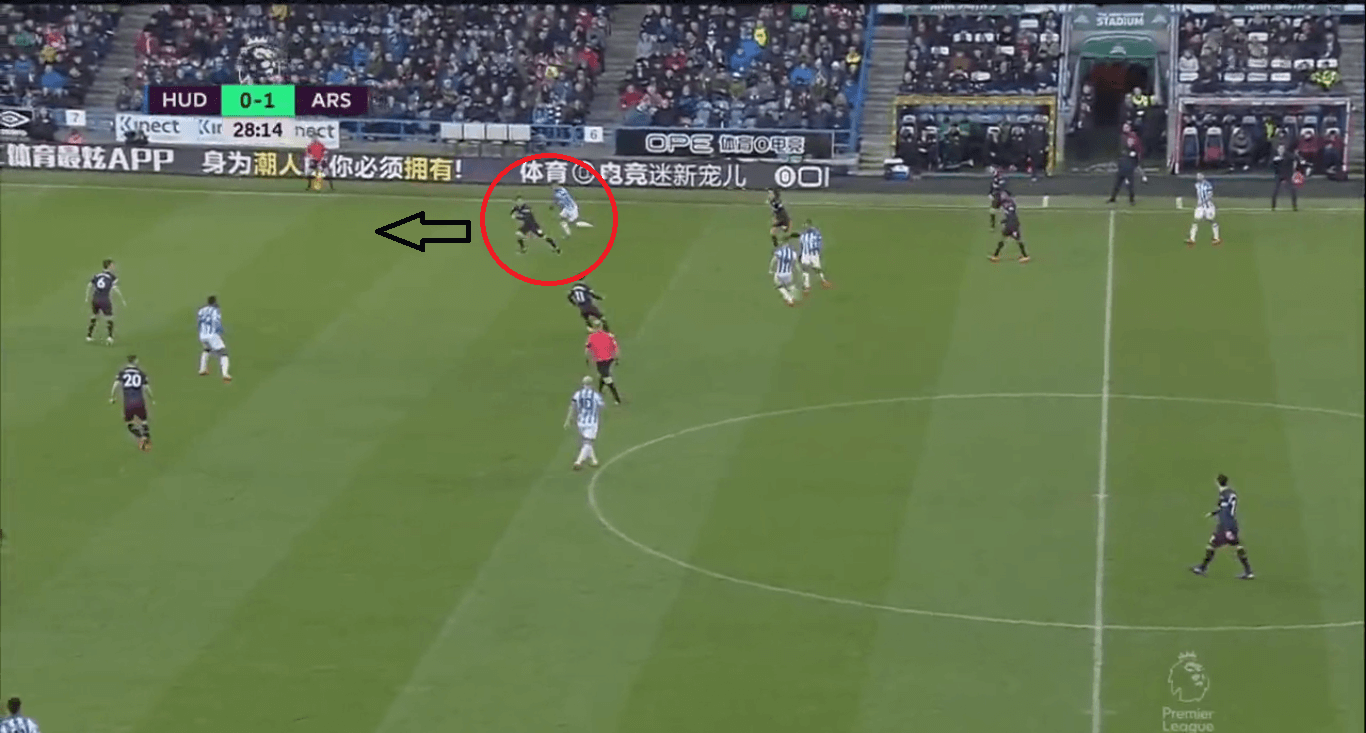 The visitors were largely poor but there were a few bright spots. Iwobi and Maitland-Niles were especially difficult to judge. Iwobi divides opinion. While considered a winger, he isn’t one in the traditional sense. His statistical output is poor but his ball progression and influence in the xGChain is great.

The Nigerian’s performance against Huddersfield followed in this vein. His goal was slightly lucky as it was deflected but Iwobi really should have scored another when he shot straight at the keeper. Overall he had a good game but it is justified to expect more clinical finishing from him.

Maitland-Niles registered an assist, made seven dribbles and eight tackles. In terms of numbers it wasn’t bad at all, but the youngster seems prone to lose his concentration from time to time. In this game, he gave the ball away sloppily on many occasions, in very dangerous areas. The Englishman could develop into a fine wide midfielder but for now seems resigned to a position at right-back.

Elegant or not, a win is a win and such was the case for Arsenal as they edged Huddersfield. The result did nothing to answer the underlying questions about Arsenal’s identity under Emery, any sort of defensive improvement or a more cohesive side but it remains an important result nonetheless if they are to keep up with United and Chelsea.

Huddersfield will be disappointed that they could not manage at least a point from a game they dominated but should take heart from their performance. Survival remains a mammoth task and Jan Siewert needs to oversee a miracle if the Terriers are to be playing in the Premier League next season.