Few teams could have the summer window that Inter are having after winning the title the previous season. After winning the Scudetto for the first time since their treble-winning season in 2010, Inter were unable to hold onto manager Antonio Conte. Inter then had to sell Achraf Hakimi to PSG to raise capital to manage the financial situation as a result of the pandemic. Most people expected there would be no further notable sales until Romelu Lukaku, after tweeting he was going to stay at Inter, decided to re-sign for Chelsea for a record fee. Lukaku, who finished the league season with 24 goals will be a huge loss for new manager Simone Inzaghi. Inzaghi has been allowed to replace Lukaku with another experienced striker in Edin Džeko from Roma and Inter have also signed Denzel Dumfires and Hakan Calhanoglu. There is no shortage of quality but the Nerazzurri will surely find it difficult to replace the void left by Romelu Lukaku and Achraf Hakimi.

The following visualisation compares  Džeko’s 2020/21 season and Lukaku’s 2020/21 season. It must be mentioned that Džeko missed a fair chunk of games because of injuries and testing positive for COVID.

Note: All stats in the visual are per 90 unless otherwise specified. 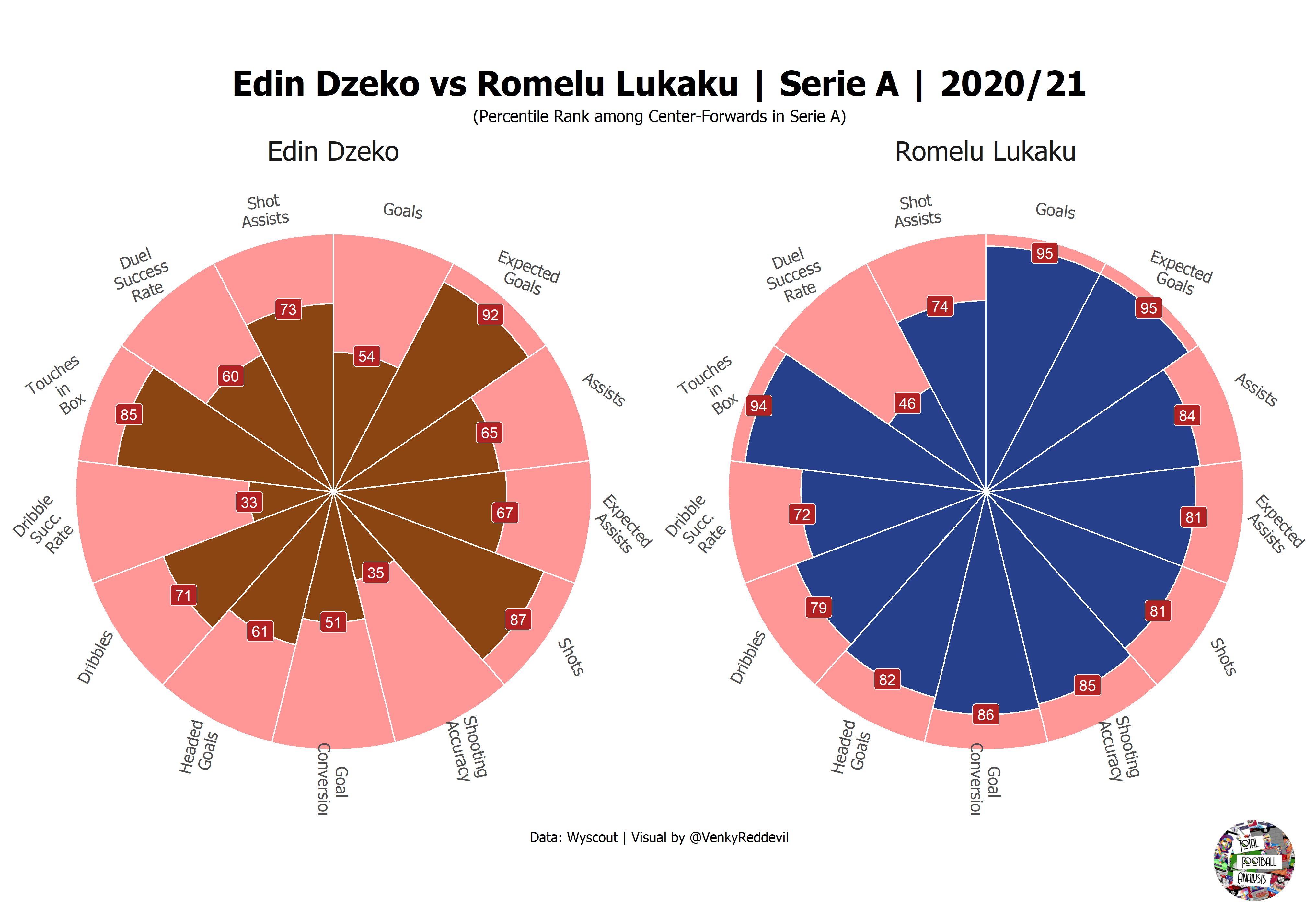 Romelu Lukaku was not just a goal scorer for Inter, his allround play along with his link up with Lautaro Martinez is something that will be expected of Edin Džeko in the upcoming season. There is not much difference in the fact that both are strong finishers with their head, playing in and around the box, with very good hold up play. Džeko brings valuable Serie A experience as well. Having signed for AS Roma from Manchester City initially on loan and then permanently, Džeko has been in Serie A for the last six seasons. In his second season at Roma, Džeko finished as the league’s topscorer with 29 goals. He has also finished as the top scorer in three of his six seasons at Roma. Džeko is 35 years old and cannot be expected to play all the games. That being said, he still brings a wealth of valuable experience that can prove vital if Inter are to continue challenging for trophies in 2021/22.