With 40 points after 20 games in the Serie A this season Roma are one point above defending champions Juventus who have a game in hand. A key player in Roma’s successful journey so far this season has been Henrikh Mkhitaryan. The Armenian who was on loan last season at Roma from Arsenal, made his move to the Giallorossi permanent this summer. Mkhitaryan has started all but one league game this season and has already overtaken his minutes tally from 2019/20. No player has played more minutes for Roma than Henrikh Mkhitaryan this season. The Armenian has netted nine goals and has eight assists, which is more than any other player in the league. 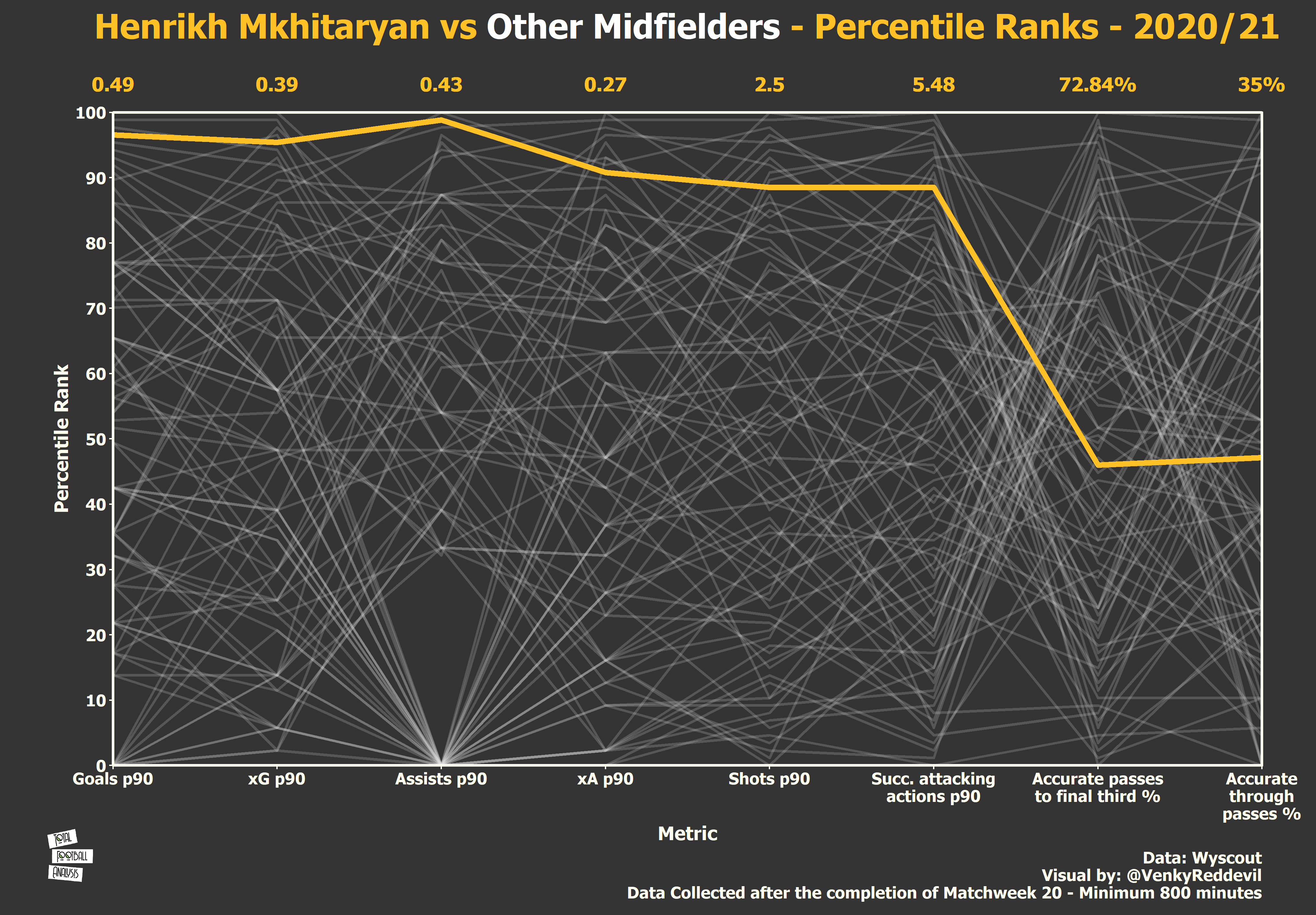 It is evident from the numbers that Mkhitaryan has been very important to Roma’s season so far and it is even more important that Mkhitaryan keeps his form going if the Giallorossi are to continue their good form in the coming months.