The below visualisation highlights the leaders for expected goal contributions among U23 players. 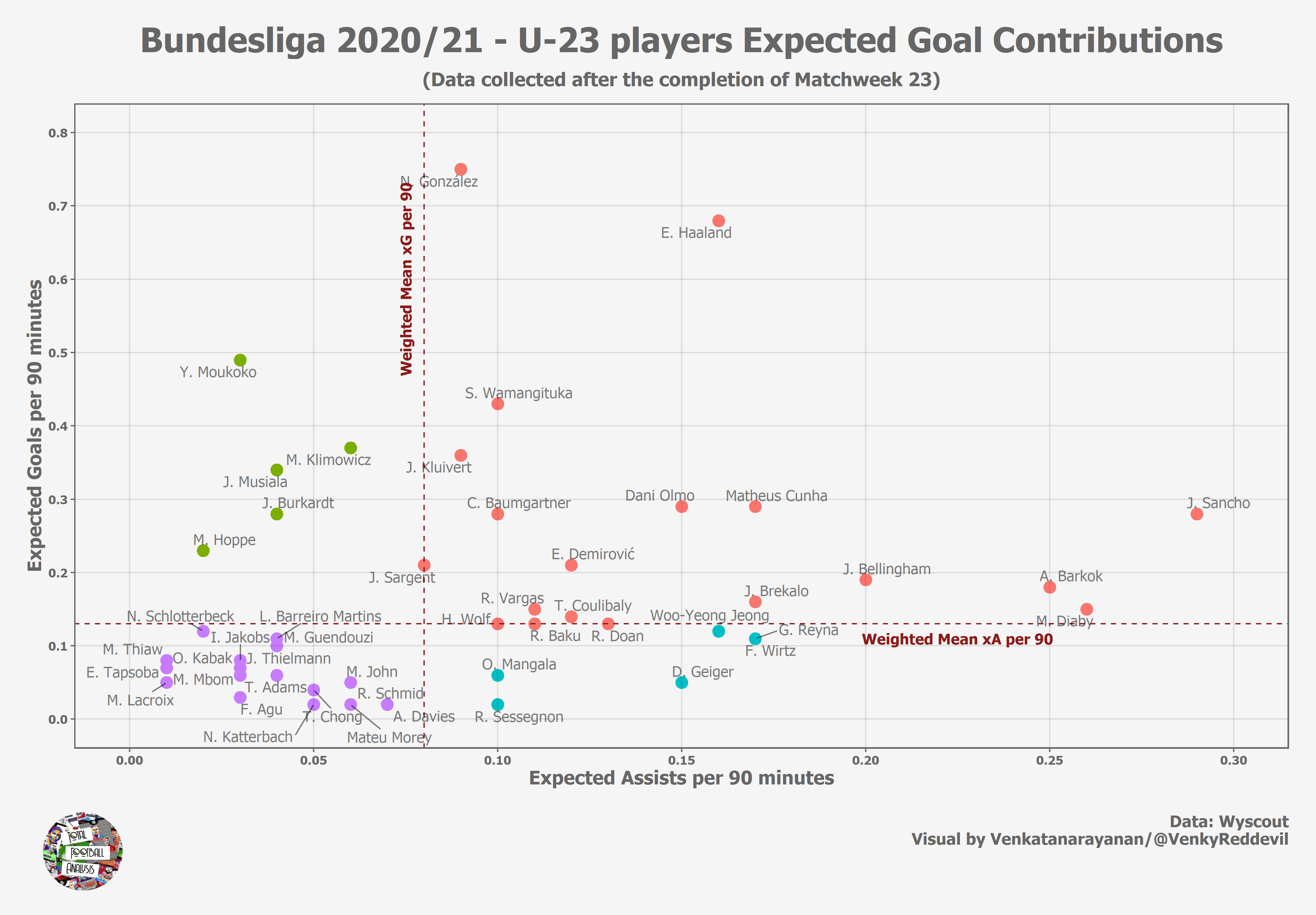 Jadon Sancho, who has eight assists to his name after a poor start to the season is comfortably ahead of all other U23 players for xA per 90. Sancho also ranks third in the league for xA.

Surprisingly, Haaland ranks second and not first for xG per 90 among U23 players. Nicolás González of VFB Stuttgart, with 0.75 xG per 90, ranks first. However, González has played fewer minutes when compared to Haaland.