The title challenge in the Scottish Premiership is at its peak seeing the new year knocking on the door. The Rangers are trying to take the crown out of Celtic‘s “hands” who have been on top in the past seven years. And it looks even more real now after the team won the derby 1-0 and tied with their rivals on top of the table.

The new manager Steven Gerrard turned out to be the right person on charge and helped Rangers dream for the title again.

And that’s not his only achievement so far. He discovered the youngster Glenn Middleton. He is a promising young winger with great flair in front of the goal and managed to help the team on a few occasions since the start of the season. It looks like Gerrard has a special plan for the youngster as he is trying to pick suitable games for him and give him some playing time.

Middleton has already scored five goals and assisted five times in three different competitions this season. And he just turned 19.

But what is his future and what makes him so important for the team?

The youngster was released by Norwich but then got the chance to join the Rangers and this was a crucial step for his career. He is a Scotland Under-21 international and suits perfectly to The Light Blues style of play. He is helping on the wing and his teammates often spread out wide to him in hope for his crossing abilities to show off. 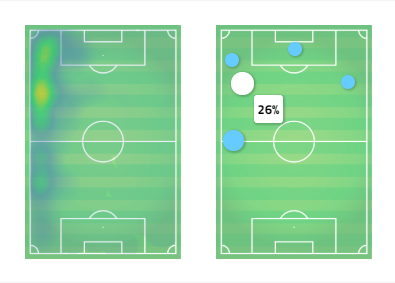 His most common position is on the left wing as he sometimes needs to go deeper or drop back to provide better support to his teammates. His link-up play abilities are often used as the tool to connect the midfield and the central-attack.

The youngster is extremely motivated to prove that he deserves a starting XI spot and that he is ready to take advantage of the chances he’s been given. He is a great team player and thinks that the connection between the players and the teamwork are the key to success.

The 19-year-old has the right attitude for playing for such a big club and wants nothing but the best for his team:

“Hopefully I keep impressing the gaffer and he continues to have trust in me. I need to keep it going and can’t get too carried away. I need to be realistic with the targets I set myself.”

His style of play is pretty direct but still with rays of creativity. He has a great football vision and his intelligent positioning is one of his most valued qualities. The Ibrox boss praised the winger:

“He’s been an impact player for us of late and done terrifically,” the Ibrox boss told Rangers TV. He’s doing everything he can to force his way in. He’s a terrific finisher and you always get judged as an attacking player on goals and assists.”

On his first start, Middleton scored two of his side’s four goals in Wednesday’s League Cup quarter-final trouncing of Ayr United. He was also involved in all four goals as the hosts set up a semi-final against Aberdeen. The teenager seized the chance presented by Ryan Kent’s injury after setting up a goal, scoring another and creating some great chances in the 4-3 Europa League defeat by Spartak Moscow. 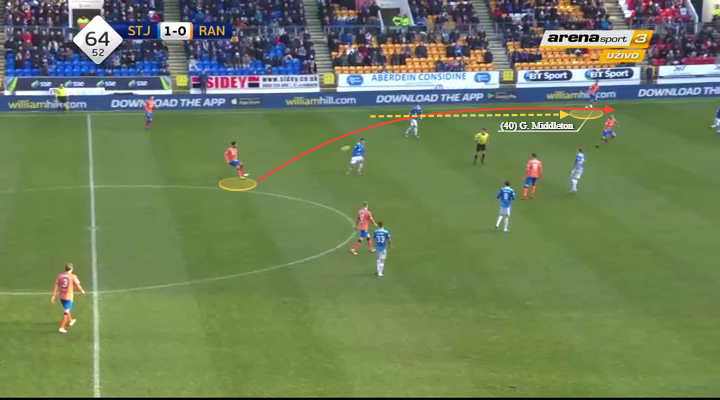 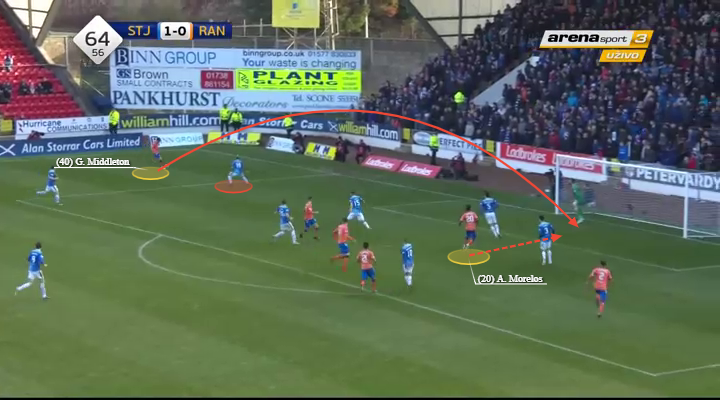 His movements up and down the pitch are crucial for providing support to his teammates. He is always ready to receive the ball after moving perfectly off the ball. As in the picture he often uses his pace to outrun his opponents and reach the edge of the box. Just in time to deliver a cross to his fellow attackers. 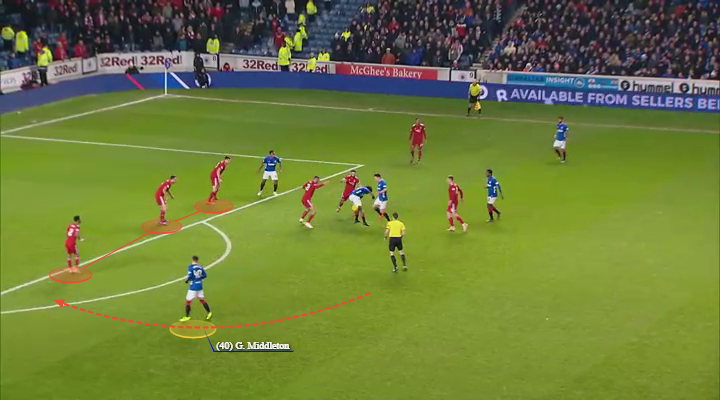 He would also position himself in the central areas, again moving off the ball and providing another option for a pass. His perfectly timed movements often catch the opponents’ defence unprepared as he exploits the freed-up spaces to receive the ball. His decision making in the final-third is impressive for a 19-year-old and he does not hesitate to shoot right after he has received the ball. 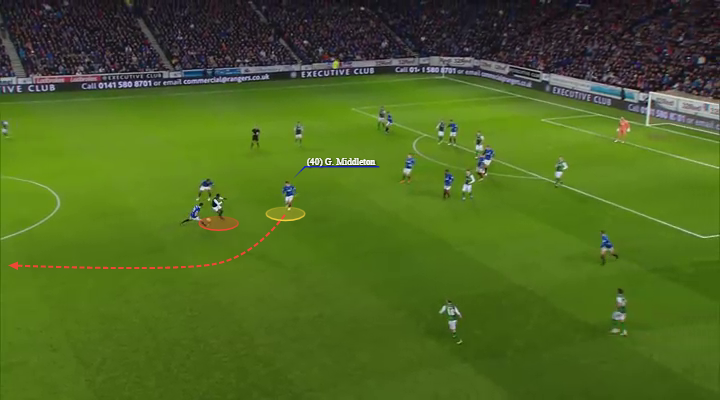 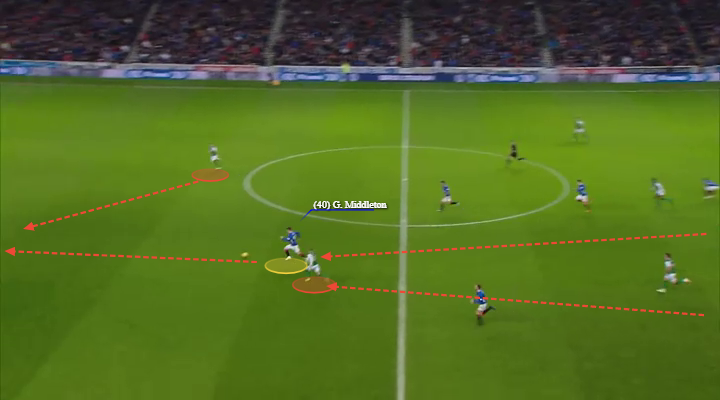 He is doing the same in the opposition’s half.

Middleton averages 5.68 crosses and 70,1% pass accuracy per 90 minutes. Although he needs some improvement on these indicators, his overall contribution is important for the team’s performance.

He feels confident in his actions once he’s entered an uncovered area but one of his weaknesses is his work under pressure. He wins 40,1% of his offensive and 17,6% of his defensive duels. That is definitely something he could work on, although it might be just a result of his inexperience.

The low success percentage doesn’t mean he is not trying. The youngster positions defensively quite often, although most of the times his support is not needed as his teammates are taking control over things. 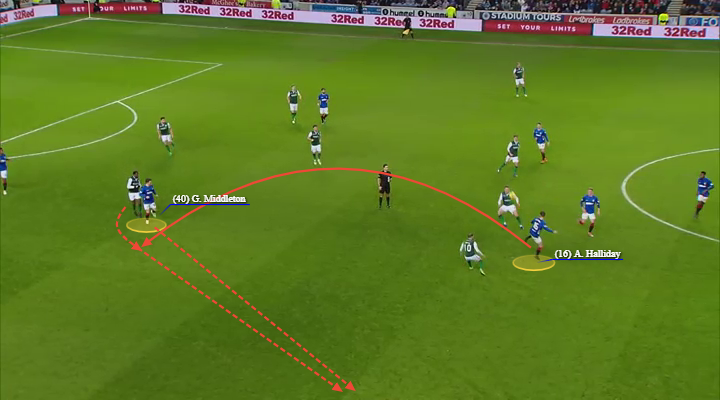 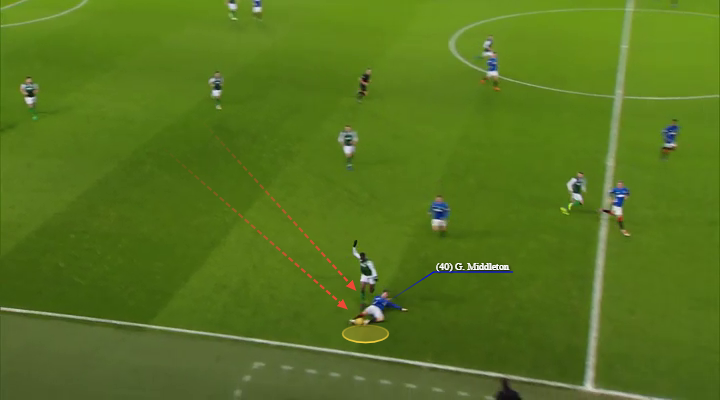 Once he has lost a duel, he always tries to recover the ball with a tackle or an interception.

Middleton is a treasure when it comes to taking set-pieces. He provides great key passes when taking corner-kicks. And is often involved in the team’s goals on way or another. He also loves to do a dribble here and there, averaging 5,82 dribbles per 90 minutes with 58,9% of them being successful. 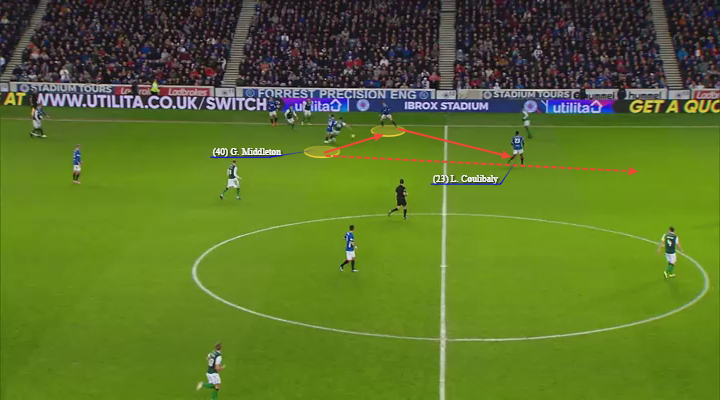 He is very useful when the team counter-attacks. He positions himself closer to his own goal so in case of his team getting back the possession he could receive the ball. Then he uses his pace to outrun his opponents and make the offensive transition. In this picture, he started his off the ball movement once he passed the ball. 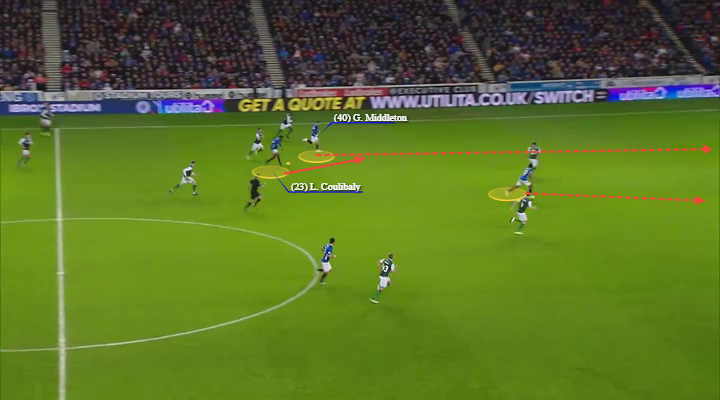 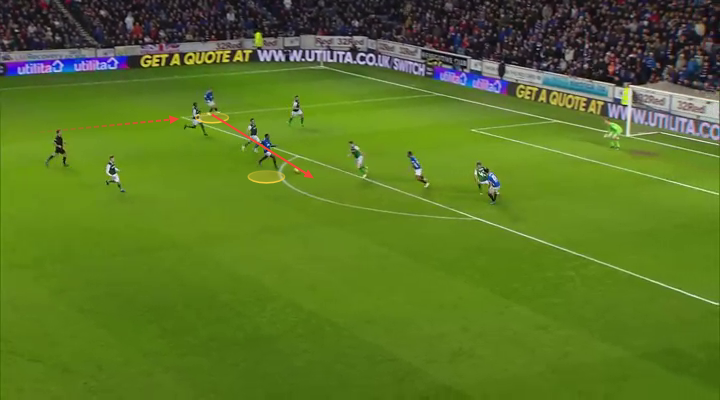 After a nice combination with Coulibaly, he made a run towards the edge of the box and immediately sent a cross to the centre. 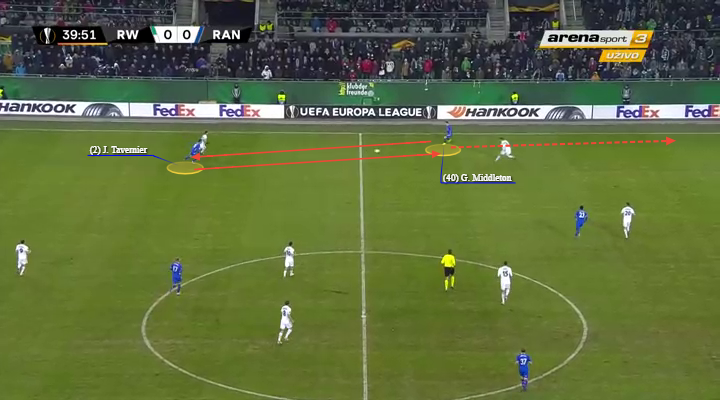 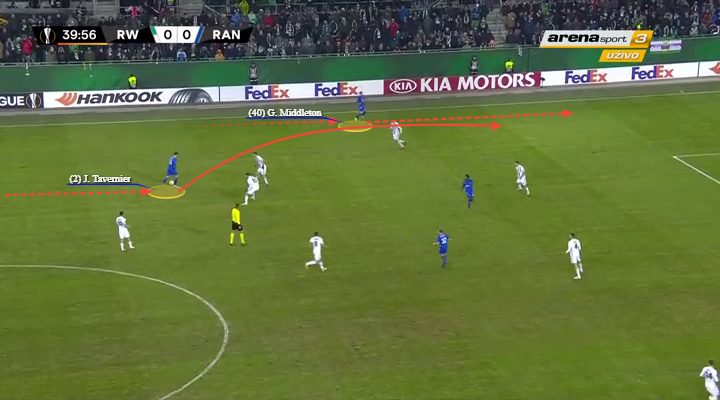 As I already mentioned the Scotland Under-21 winger has the responsibility of making the connection between midfield and attack smoother. As you could see in the picture he is dropping back for fast combination with Tavernier, then moving forward so he could receive the ball and attack the wing. 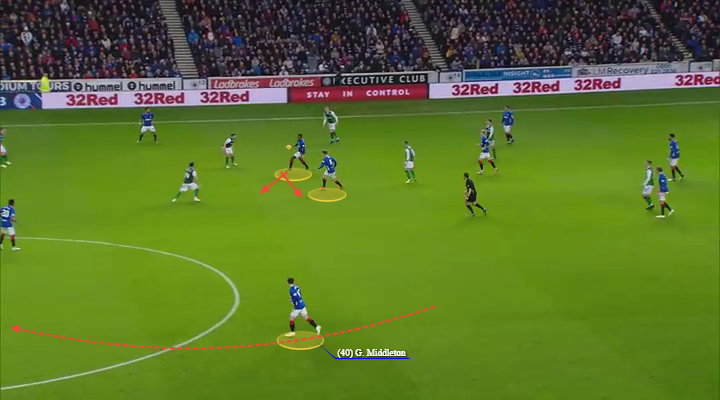 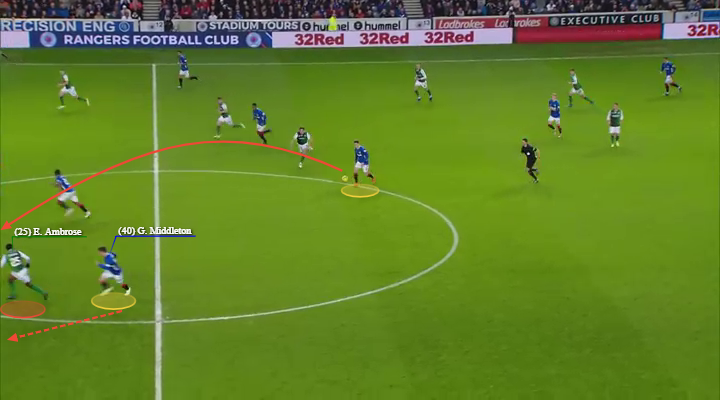 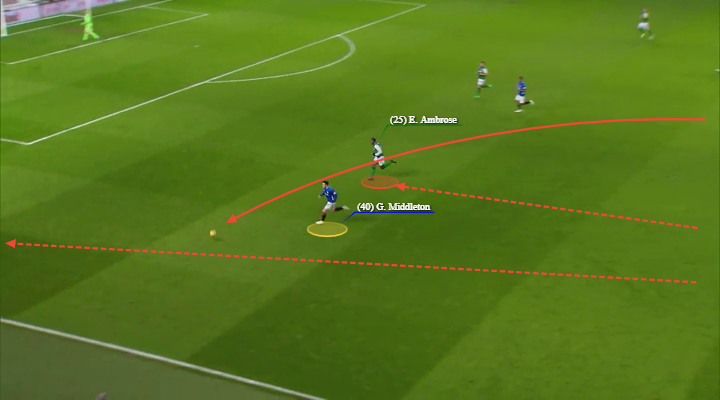 Another perfect example of his vision. He started his off the ball movement early and once his teammates took control over the ball, he has already passed the centre, so he could receive it. He outran Ambrose in order to attack the wing.

Glenn Middleton surely is the bright future for the Rangers. Once he gains more experience, he would fit perfectly into the team’s tactics and formations. He is the perfect addition to the title contender and it looks like he could leave his mark out there. It’s all lying on Steven Gerrard’s decisions and how much playing time the youngster would get.