Gennaro Gattuso managed to outwit his experienced counterpart Carlo Ancelotti and helped Milan defeat Napoli 2-0 to reach the Coppa Italia semi-finals. A few days after their goalless draw in Serie A, both teams offered a much more eye-catching performance.

Both teams started with pretty similar defensive strategies, which forced Gattuso to switch out of their most commonly used 4-3-3 formation. It turned out to be successful, not because it caught Napoli by surprise, but simply because this allowed Milan to think creatively, create opportunities and take advantage of them.

What was the plan?

The Rossoneri started in their most common 4-3-3 formation, as it was in their last Serie A game against Napoli. The difference was that the manager relied on a completely different frontline led by Krzysztof Piątek in the central striking position.

Ancelotti, on the other hand, used a 4-4-2 scheme with the idea of overloading the midfield area in order to use the spaces between the lines. It actually worked well in the first few minutes of the game. His team were successfully exploiting the spaces between Milan’s midfield and defence.

Napoli started with a 4-4-2 system under Ancelotti, and from the very beginning they  looked to dominate the midfield area. Their plan was to get more and more bodies into the midfield, especially between the defensive and midfield lines in Milan’s half. 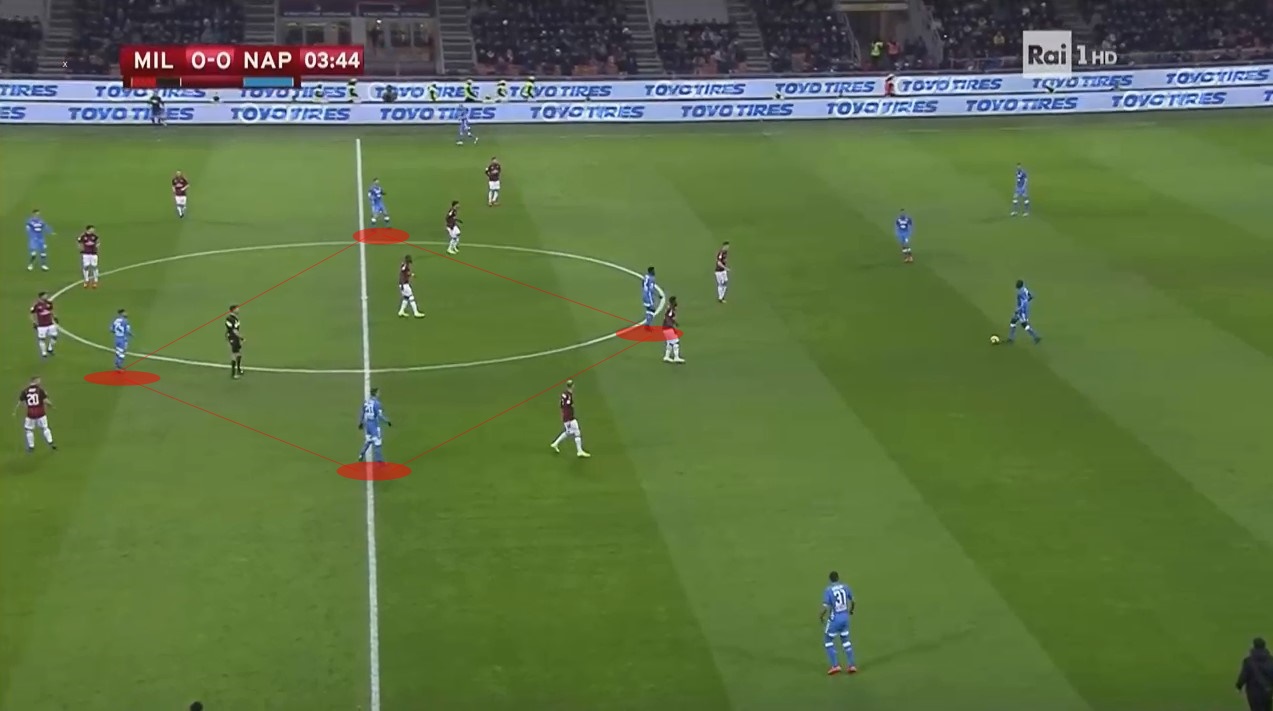 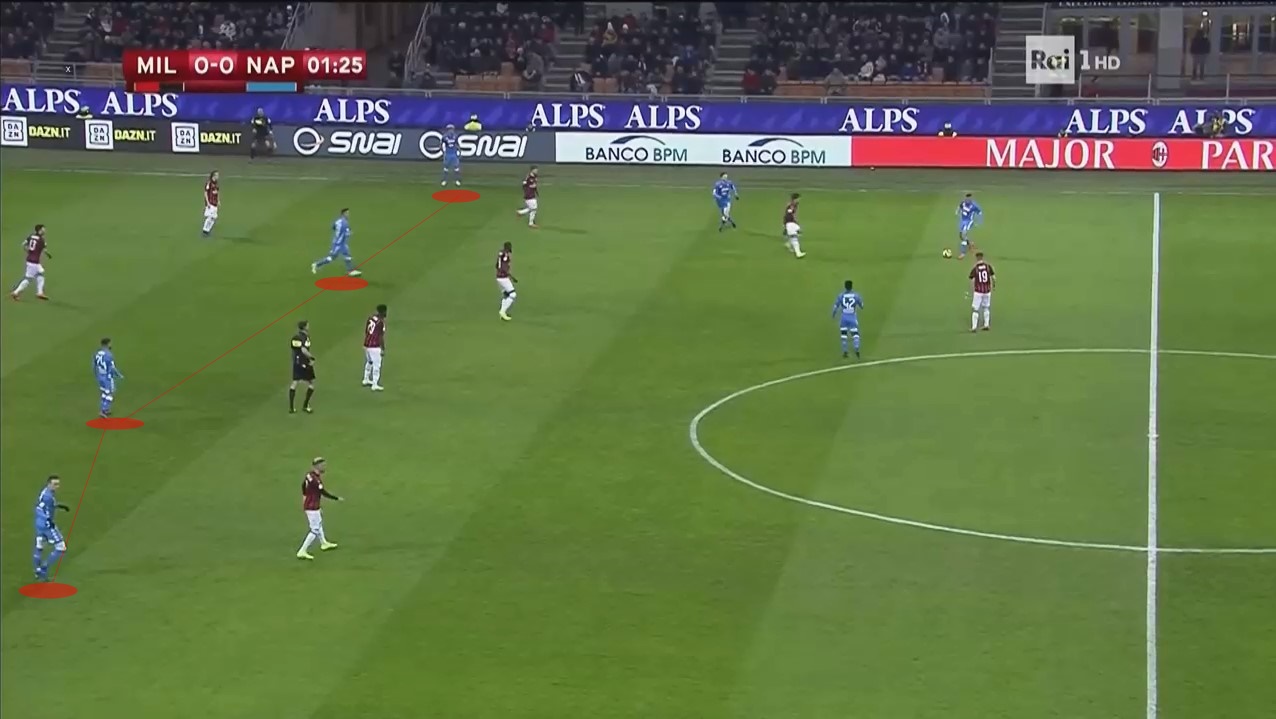 At first, both teams were planning on applying high pressure to their opponents when out of possession and trying to cover the passing options.

Napoli’s defensive plan was clear. They tried to focus their aggression up front with the support of the midfield who were trying to exploit and create spaces. Meanwhile their defensive line was high up the pitch in order to apply a high press.

This is what turned out to be the team’s main weakness. This highly positioned backline allowed Milan to take advantage of the newly opened spaces behind it.

At the beginning, Milan had the same strategy, as they pressed Napoli high and covered the passing options. Having gained back possession, they tried to use the inside channels so they could reach the final third and score.

Seeing the opportunity in Napoli’s high defence, Gatusso decided to switch to 4-5-1 out of possession and drop the backline in their own half. Then Milan once again tried to block the passing lanes and make their opponent’s attacking transition harder. This way the team was covering the central area where most of Napoli’s actions were focused.

The players had two marking strategies. They either formed defensive triangles covering the man in possession giving him no option for a pass, or man-marked their opponents very tightly so there was no space for them to operate in. 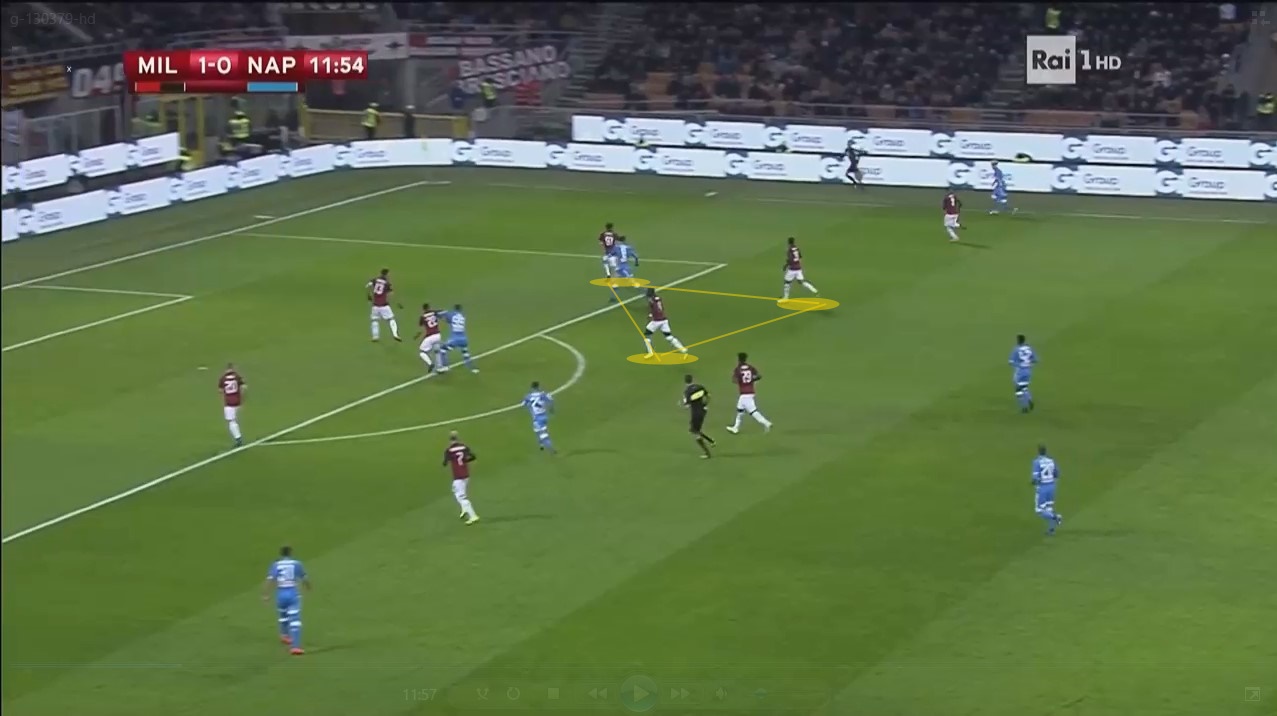 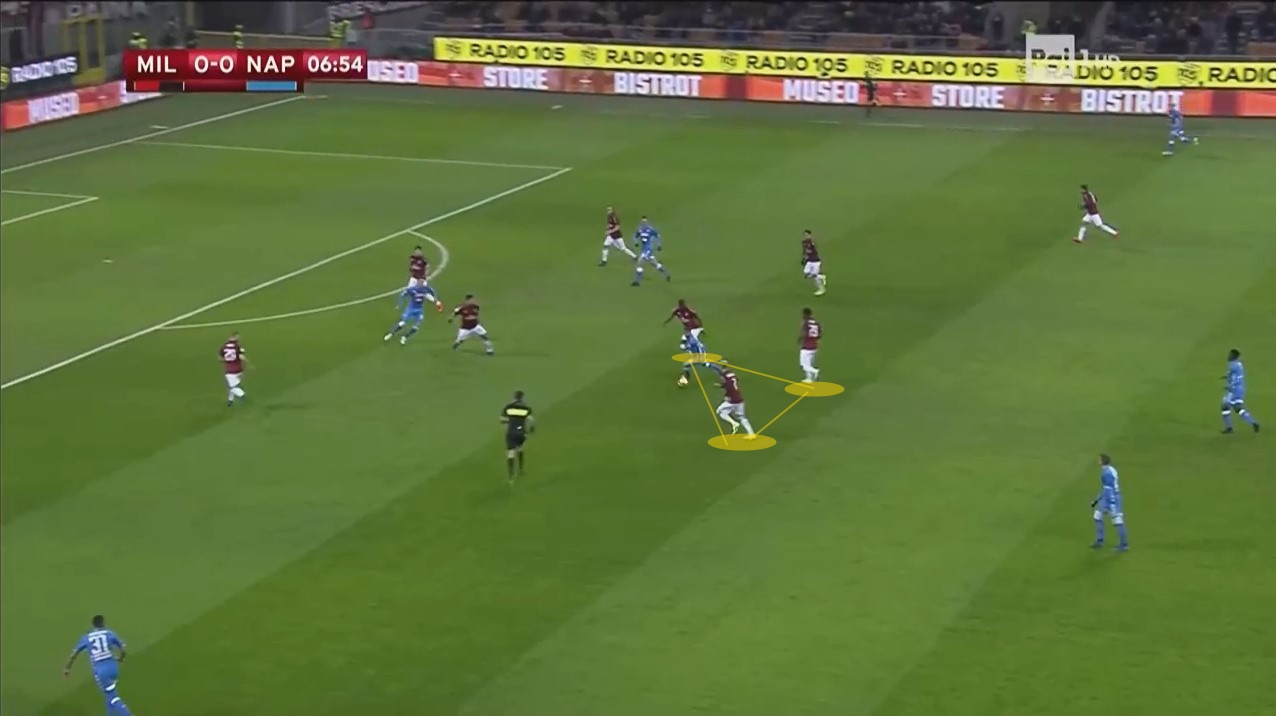 As a result of Milan’s defensive actions, Napoli experienced problems attacking through the middle. That’s why they sought space on the wings, using Lorenzo Insigne as their main man, which allowed them to create quite a lot of chances.

Napoli sent in a lot of crosses but the lack of good finishing was crucial. The team ended up with a total of 22 shots with only six of them being on target. This 27% success rate paled in comparison to the Rossonerri’s 50% (six shot/three on target). Even 64% of possession and their superior passing ability weren’t enough for them to take advantage of their opportunities. They completed 630 passes with 87% accuracy, compared to Milan’s 366 (75% accurate).

Despite the high pressure, Gattuso’s side found a way to create chances. The players saw the opportunity to exploit the spaces behind the highly positioned defence as part of the plan was using long balls. They attempted 76 long balls with 28 of them delivered successfully.

This caused some problems for Napoli as some of the players were caught out of position which affected the team’s defensive transition. It also often left gaps for their opponents to operate in, and resulted in new star Piatek scoring twice early on.

Apart from Piatek’s brilliant performance, there was another player that made a huge difference to Milan’s performance. Tiémoué Bakayoko was the main man in the midfield area. The on-loan Chelsea midfielder contributed a huge amount defensively, making three clearances and nine interceptions, blocking two shots and winning both his tackles. On top of that, he ended up with 89% passing accuracy and four/four successful dribbles.

Milan switched between formations to take advantage of Napoli’s defensive insecurities. They managed to outwit their opponents tactically and also performance-wise when it came to defensive positioning.

Even though Ancelotti found a way to Donnarumma’s goal down the wings, the Rossonerri’s positional play was quite solid. This resulted in them being more secure at the back, allowing them to create chances up front. This win leads to another challenge for Gattuso’s side as they will meet either meet their greatest rival Inter or Lazio in the semi-finals. 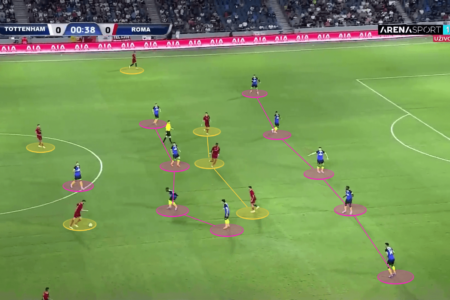 AS Roma: Their smart market moves and Mourinho’s plans for the new season explained – scout report

AS Roma underwent a huge improvement under José Mourinho in the 2021/22 season, with the team building an identity and […]

The 2021/22 UEFA Champions League final is expected to be quite a spectacular one. Liverpool, who have had a striking […] 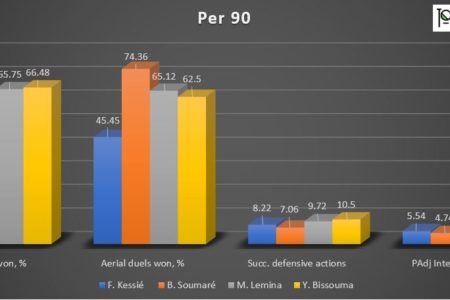 AC Milan 2022/23: What moves must be made in the transfer market to maintain their title-winning momentum – tactical analysis