England started off their Euro 2020 qualifiers with a 5-0 win against the Czech Republic by showing a dominant and confident performance. Attacking down the flanks allowed Manchester City forward Raheem Sterling to score a hat-trick and take Czech’s hopes to an end.

This was their fourth win in the last five games. Gareth Southgate has continuously experimented with the lineup and formation, which has turned out pretty successfully so far.

Despite the result, the Czech Republic had a well-coordinated plan. Even though they put a lot of effort into their defensive structure, they couldn’t hold onto England’s impressive runs and actions in the final third. 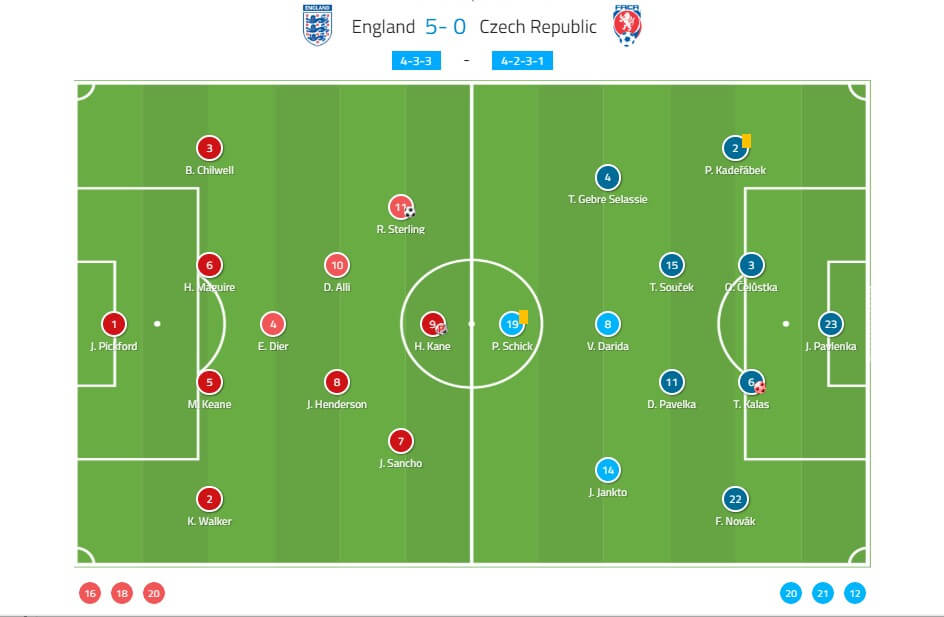 Southgate chose a 4-3-3 formation. In front of his first-choice goalkeeper Jordan Pickford he relied on Kyle Walker, Michael Keane, Harry Maguire and Ben Chilwell. He picked Eric Dier in a similar role to his Spurs’ position in central midfield and with Liverpool midfielder Jordan Henderson and Dele Alli either side. Harry Kane unsurprisingly led the forward line with the newly discovered English diamond Jadon Sancho on the right and Raheem Sterling on the left.

The Czech Republic were structured in a 4-2-3-1 scheme with Jiri Pavlenka in goal. In the four-man defence were Filip Novak, Tomas Kalas, Ondrej Celustka and Pavel Kaderabek. David Pavelka and Tomas Soucek formed the midfield line. Jakub Jankto, Vladimir Darida and Theodor Gebre Selassie were positioned in front of them as a support to the lone striker Patrik Schick. Jaroslav Silhavy’s chosen formation differed from the 4-1-4-1 in their last few games which might be the reason for the disappointing result.

England tried to take control of the game from the start, looking to hold on to the ball for longer periods of time using short passing combinations. This resulted in 703 passes with 89.33% of them being accurate, compared to only 347 (79.54% accuracy) by the Czechs.

Similar to his Tottenham role Dier would drop back and join the defensive line in order to help with the build-up and allow the full-backs to transform into wing-backs when in possession (see the images below). 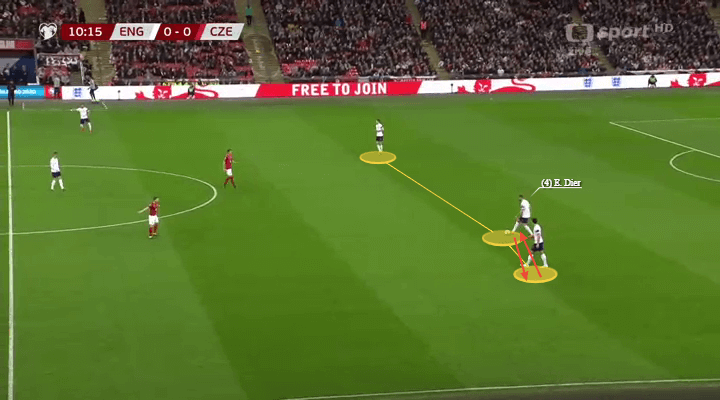 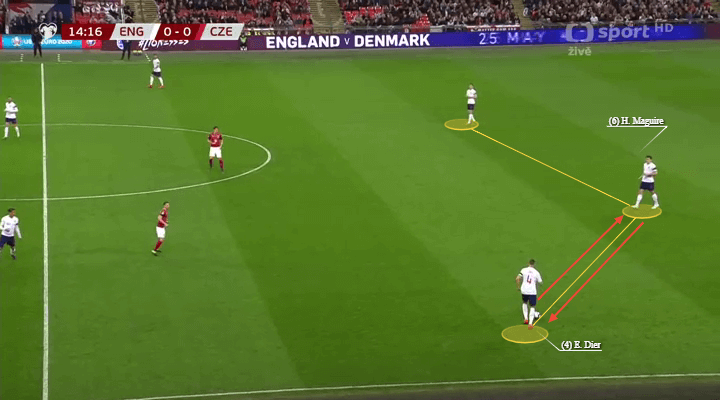 The connection between the back line and the midfield worked perfectly thanks to Dier’s movement and the centre-backs wandering in the wider areas. Despite their unbothered actions in the build-up phase, the Three Lions struggled to deliver the ball in the final third due to the Czech Republic’s well organised defensive actions in the early stages of the game. Their opponents’ low block restricted the space between the lines tightly enough to force Southgate’s side into using long passes and lots of rotations in order to distribute the ball further.

Dier picked up an injury early on which found Ross Barkley replacing him.  This substitution changed things up a bit. The England midfield needed some slight structural changes, although they managed to keep the 4-3-3 formation out of possession with the full-backs joining the midfield when in possession.

Their role in the build-up phase turned out to be crucial as the team had to change strategy and start using the wings more regularly. This happened because of Barkley’s more forward-oriented actions, but also because the Czechs were using Schick and Darida to apply pressure on the centre-backs and block the passing lanes. In the cases when they allowed the ball into their own half they would switch between formations (4-4-2 and 4-4-1-1) and tried to stay compact at the back.

As the first half progressed England started using the wings more regularly. With most passing links being between the centre-backs and full-backs, predictably Sterling and Jadon Sancho became more active.

Neither player was mandated to stay on the wings, but would often cut inside as Kane dropped back and opened spaces for his teammates to operate in. The efficiency of this strategy was proven in the 24th minute as Sterling scored the opener.

Despite the pure dominance in possession and passing frequency, the 2-0 half-time lead was a result of Kane’s penalty kick. The third goal was a result of a combination between Alli and Barkley, who opened space for Kyle Walker to make a quick run into.

He delivered the ball in the final third where Sterling used his positional abilities to score his second goal. Later on, Declan Rice replaced Dele Alli and positioned himself far deeper. This gave Barkley some freedom to cover wider areas and help in the team’s attacking ventures, as it happened for the fourth goal.

The guests had produced only one shot off target during the first half and this was a warning for Silhavy to make some changes. Switching up to a 4-3-1-2 as a result of replacing Jankto with Matej Vydra was part of his strategy. These changes were made in order to start pressing high and try to increase their 29% possession.

They tried to apply a lot more pressure in the central areas as part of the plan to regain possession quickly and not allow play in their own half. The team tried to form their attacks through the right-back Kaderabek and the winger Selassie and this would eventually be the reason for them creating seven chances overall.

But as their runs on the flanks increased, much more space opened up for Alli and Sterling to operate in. The vulnerability on both sides and their highly positioned defensive line resulted in fast breaks by England’s wingers. This made it hard for the Czechs to stick to one formation as they kept on switching from one to another until the end.

England have the clearest chances to progress from group A. The team has improved impressively compared to their World Cup performance and look far better organised. If Southgate manages to keep the balance between rough talent and experience, qualifying for the European Championships won’t be a problem. Despite the devastating result, the Czech Republic showed that they could be extremely versatile when it comes to formation and strategy, and they should not be underestimated in their upcoming fixtures. 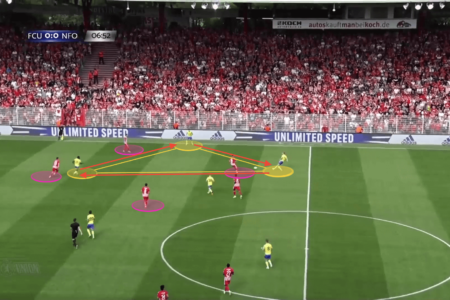 Nottingham Forest: What can be expected from their long-awaited Premier League return? – scout report

After changing 20 managers in 22 seasons, Nottingham Forest finally achieved consistency with the mid-season arrival of Steve Cooper. The […] 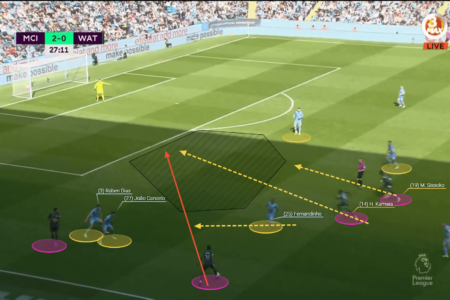 All or nothing for Man City and Liverpool: The tactics that will define who is going to lift the Premier League trophy – tactical analysis

The 2021/22 UEFA Champions League final is expected to be quite a spectacular one. Liverpool, who have had a striking […]