You’ve been going mad in March waiting for this month’s magazine and your wait is nearly over.

We received this recommendation just the other day.

“Total Football Analysis Magazine gives great insight into the world of football analysis. It’s very impressive in the detail in their material and provides good insight into what you need to know when analyzing in a professional manner. It’s a top magazine looking into the depths of football analysis. I’m very impressed and keep up the good work. I will be following the magazine for sure”

But, before you click “LET ME BUY IT NOW” what is in March’s magazine?

? Steel City Three: How Sheffield United’s 3-4-1-2 has led them to the brink of promotion

? Marquinhos: His growing importance at PSG

? The Modern Fullback: An analysis of Andrew Robertson and Trent Alexander-Arnold

? Walter Mazzarri: Building from the back

? Pablo Machin’s flying wingbacks: Would it work in the EPL?

️⚽️ Coaching: How to coach pressing at youth level

️⚽️ Coaching: How to integrate xG into practical coaching delivery

⚽️ The penalty save: How do goalkeepers know where you are shooting?

18 pieces of pure football analysis delivered straight into your inbox when you take out your annual subscription today.

Or, go for the annual option where you get; 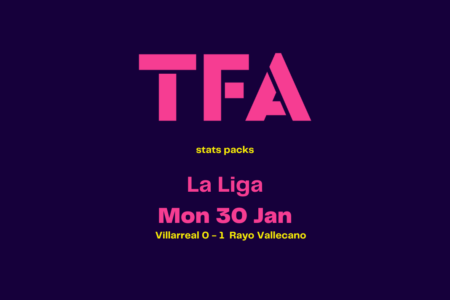 Monday saw Villarreal vs Rayo Vallecano in La Liga. We’ve broken down all the key stats for you to digest in […] 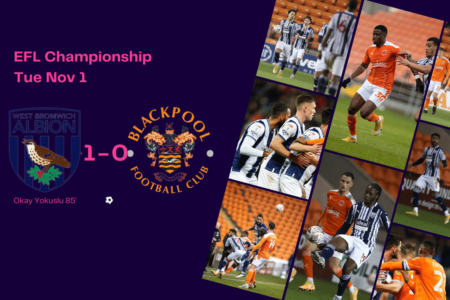 Tuesday night saw West Brom vs Blackpool in the EFL Championship. We’ve broken down all the key stats for you […] 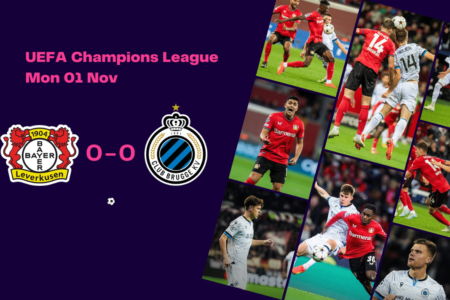 Tuesday evening saw Leverkusen vs Club Brugge in the UEFA Champions League. We’ve broken down all the key stats for […]