Less than a month to go before the winter football transfer window will open in Europe. We await a lot of transfers again, regardless of their costs. One thing that should not be underestimated is the fact of how much each club spent already in summer. Which clubs are even able to spent again in winter? To evaluate that, we take a look at the previous football transfer window in summer 2020.

As part of the COVID-19 pandemic, the football summer transfer window 2020/21 turned out as a particularly special one: The previous season ended late in most leagues and the transfer window in Europe was open until October. But the buying and selling behaviour of the clubs within the transfer market has also changed. This series takes a closer look at the transfer deals in the top leagues in Europe as we continue with the English Premier League.

We start with a comparison between arrivals and departures at each club. How many players are new at the club and how many players left the club? This also includes players who came back from a loan or who are currently on a loan.

It is quite interesting to see that financially strong clubs like Manchester City and Chelsea FC, followed by Brighton & Hove Albion and Fulham, had the most arrivals during the summer transfer window. Most arrivals went to Chelsea (39).

The same clubs are also the clubs with the most departures in terms of saving wages: Chelsea FC (22), Manchester City (21), Fulham (19) and Brighton & Hove Albion (18). 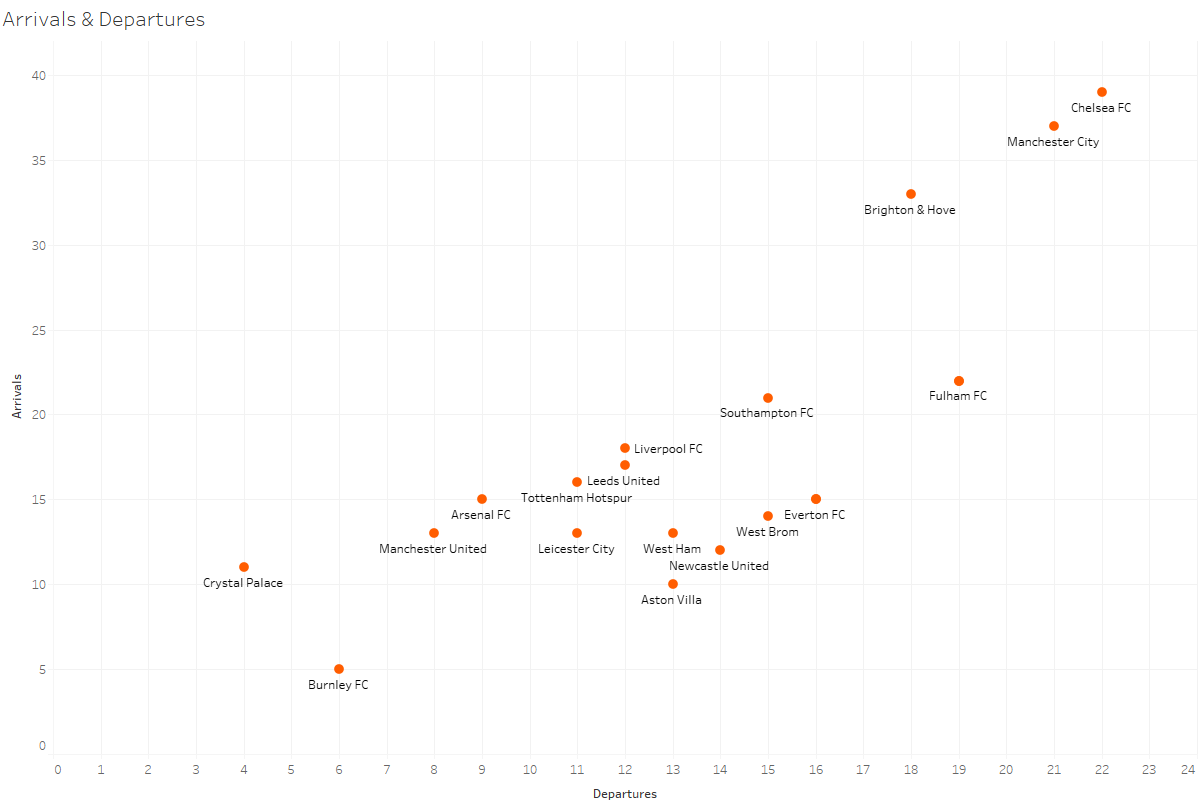 Other financially strong clubs like Manchester United (13 arrivals) and Arsenal London (15 arrivals) were not as active as the smaller clubs but reinforced selectively. Most teams had more arrivals than departures. 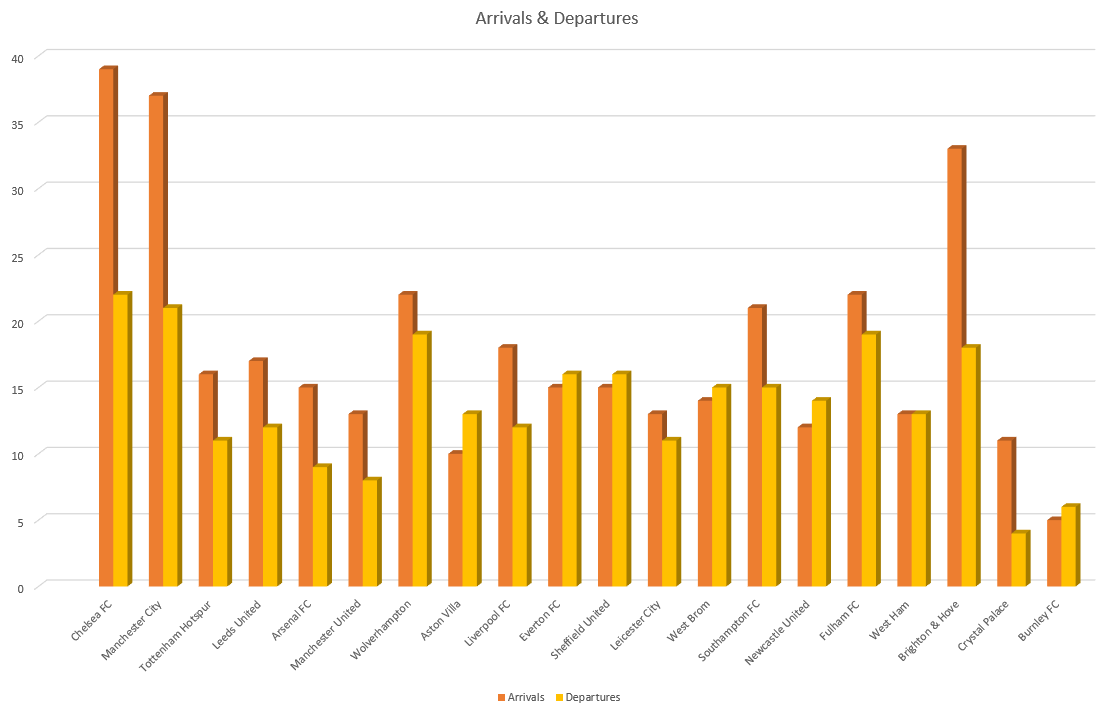 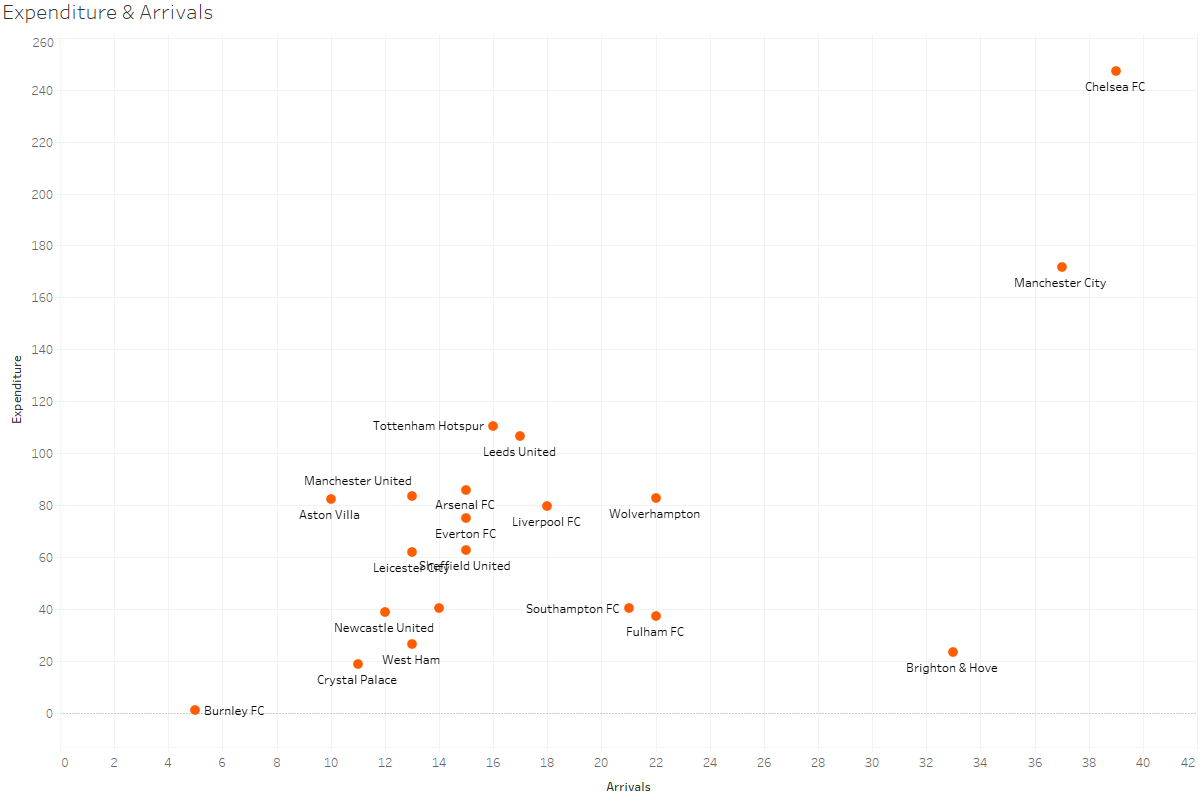 That sounds quite a lot but in comparison to clubs like Brighton & Hove (22 million euros for 33 arrivals) and Fulham (40 million euros for 22 arrivals), they went for quality instead of quantity. Only one club spent nearly nothing for transfer fees: Burnley FC. 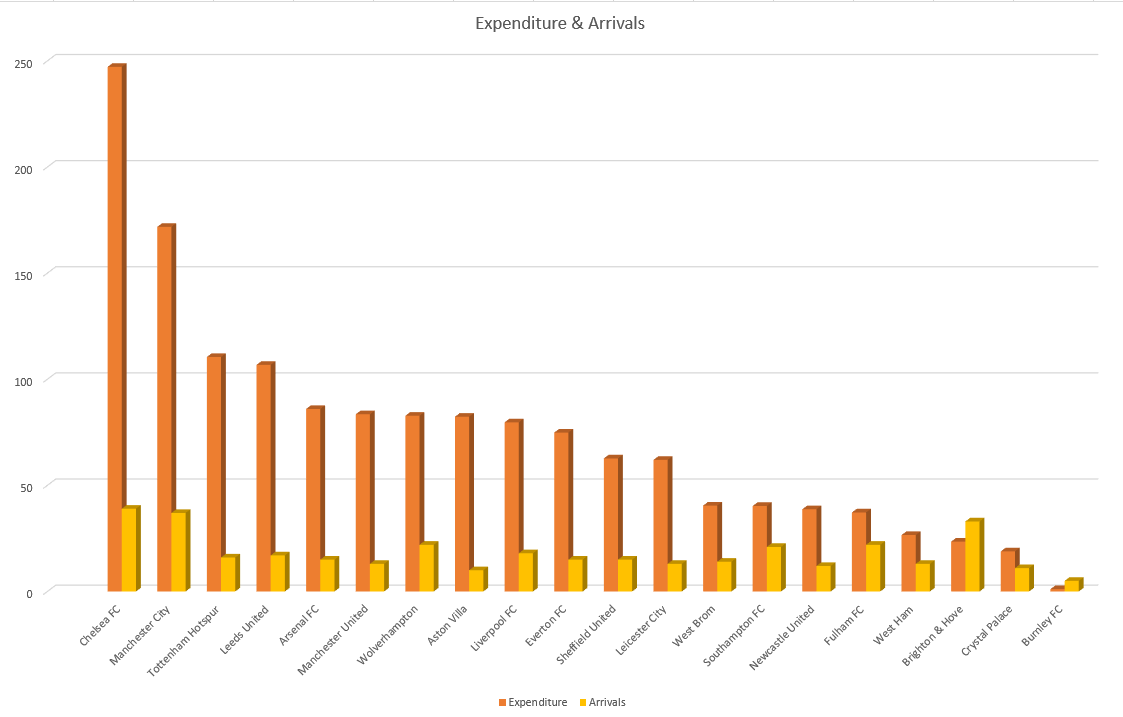 Wolverhampton Wanderers earned the most income by far (80 million euros). The departure of Diogo Jota already brought 44,5 million euros. Manchester City and Chelsea FC are clubs who not just buy lots of players but also sell many. This also shows the previous transfer window as these two clubs had an income of 62 million euros (Manchester City) and 57 million euros (Chelsea FC). With Burnley FC, Aston Villa, Newcastle United and Fulham FC, four clubs did not earn anything for their departures. 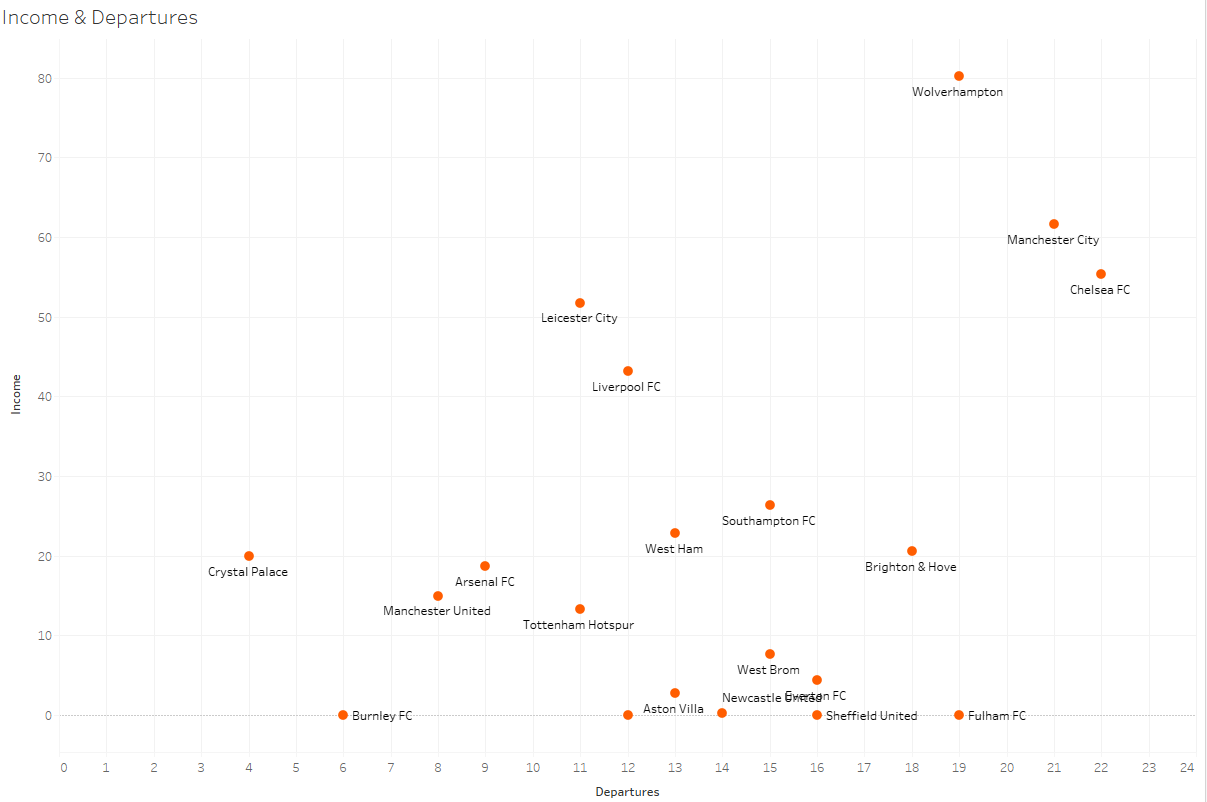 As already said before, Chelsea FC had the most departures of 22 followed by Manchester City with 21 departures. Crystal Palace (4) and Burnley FC (6) had the most reduced number of departures. 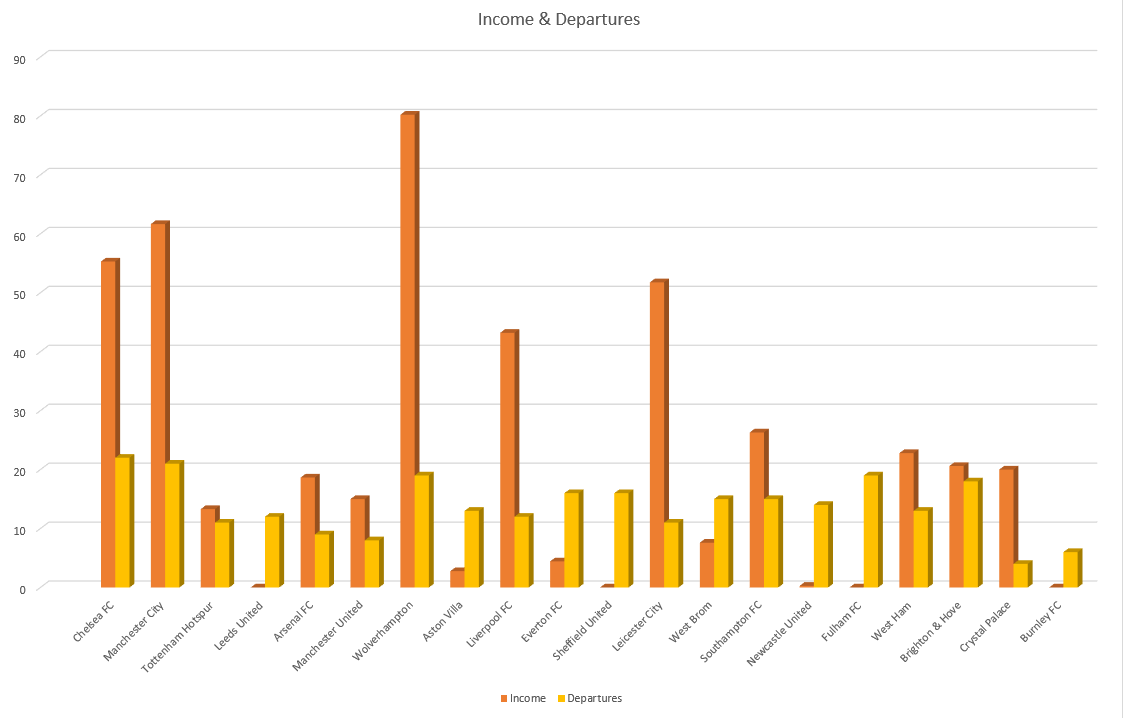 With Crystal Palace, the Premier League had only one club that has a positive balance of approximately 2 million euros. All other clubs provide a negative balance for the transfer window in summer 2020/21.

The biggest clubs in England spent the most money and had the most negative balance. That is why they are unlikely to buy any new players in the winter transfer window if they do not sell any player from their current squad. Wolverhampton act smart in summer and now has the opportunity to buy a Jimenez replacement as he suffered a head injury. Leeds United went in the season with lots of changes in their squad compared to last season in the Championship. Therefore, they do not struggle to play at that high level.