Watford had four different managers last season. After a somewhat disappointing end to the 2018/19 season, the Watford management decided to stick with Javi Gracia for the 2019/20 season. Given that the club finished 11th in the table they believed Javi Gracia was capable of pushing for a top half finish. But four games into the new season, the Spanish manager was sacked, and former manager Quique Sanchez Flores took over. But Sanchez Flores too got the sacking, after ten games into his appointment, winning only one. Nigel Pearson was then appointed with the hope that the Englishman will have a positive impact on the squad and could lead them to another season in the Premier League. Well, he almost did, only for the owners to sack him as well, citing problems off the pitch. So, Hayden Mullins, who had previously been interim manager after the sacking for Sanchez Flores, took charge of the team for the last two games and, unfortunately for Watford, they were relegated.

The below visualisation compares the goals scored by Watford against their expected goals during the 2019/20 league season. 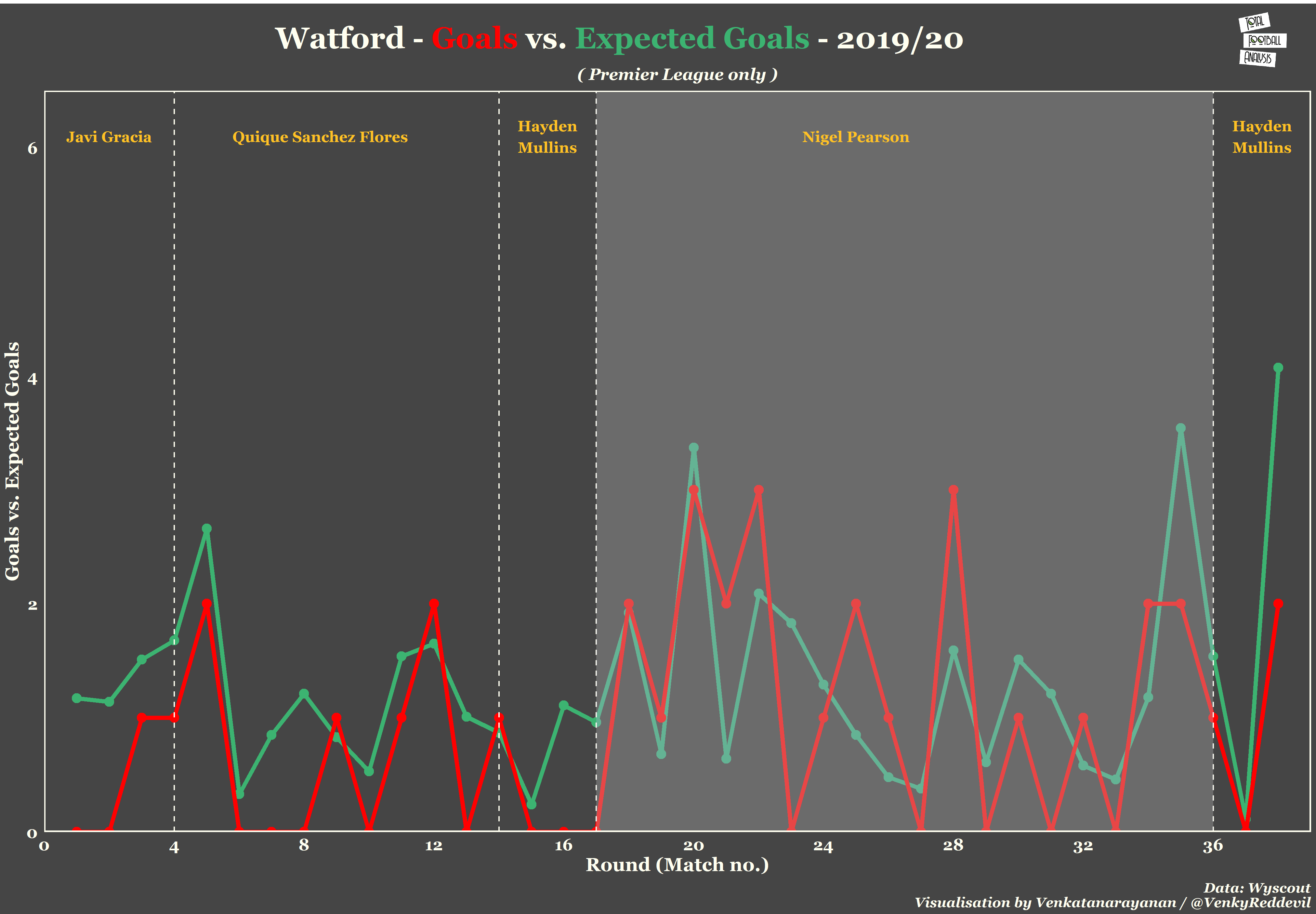 In spite of facing some difficult opponents, Watford under Nigel Pearson did not struggle to score, averaging 1.25 goals per game. Under Sanchez Flores, Watford did struggle to score. Their average xG under him was the lowest among the four managers averaging only 0.5 goals per game. Watford were close to survival but a defeat against West Ham in Pearson’s last game meant it was a mountain to climb with Manchester City and Arsenal their last two opponents. Watford lost both games and ended up finishing 19th in the table, one point behind Aston Villa   who secured a draw on the final day to confirm their survival. One could argue the chop and change of managers had cost Watford their Premier League status. Maybe? Maybe not?