Within the last decades, several different styles of play and tactics got developed in the world of football. Several coaches including Pep Guardiola, Jürgen Klopp, Maurizio Sarri or José Mourinho developed new concepts about how to play football. Especially in the own possession phase and the progression of the ball coaches got new ideas and based their new tactics on these.

One basic indicator for the different kinds of styles of play and tactics are the statistics for team passes per 90 minutes. It is a good indicator to find out how dominant a team act. However, I thought it would be interesting to look additionally at the number of passes per 90 minutes for the player with the most passes of each team.

Therefore, I collected for the following graph in this short data analysis the passing statistics for all teams in the EPL and additionally the data for the players with the most passes per team. Additionally, I took as a single filter that the player must have played in the current Premier League season overall at least 500 passes. The reason for that is that some players haven’t played that many minutes in this campaign like for example Paul Pogba or Pablo Marí, but have the highest values for passes per 90 minutes of their respective team. 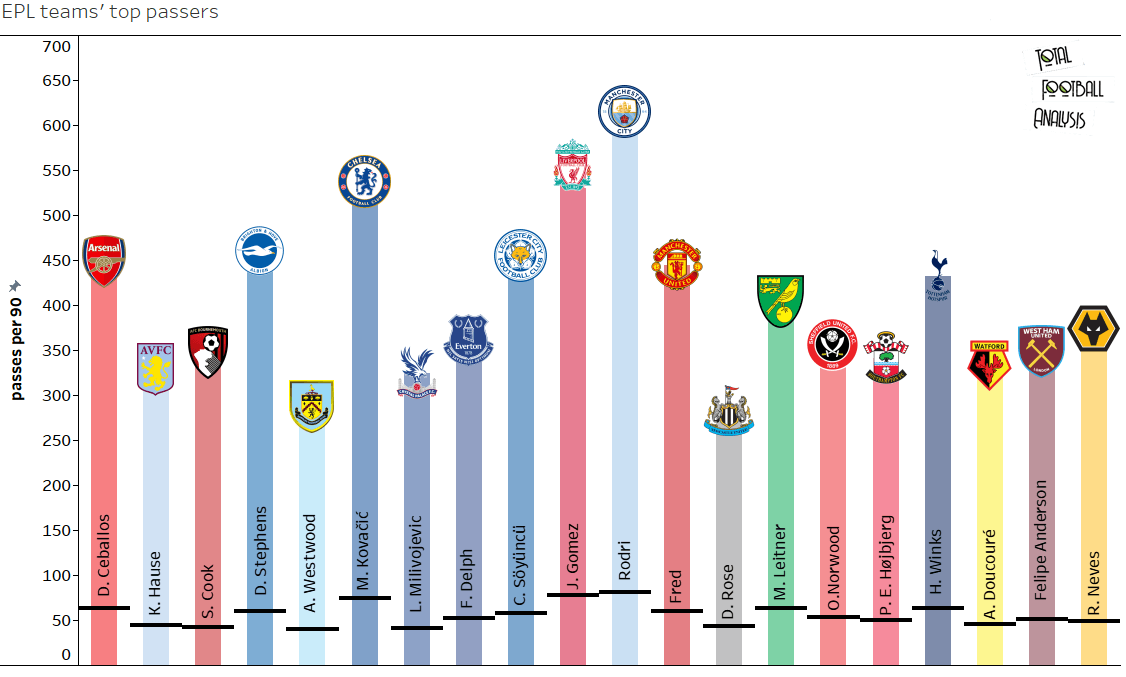 Without any surprise Manchester City, Liverpool and Chelsea are the three teams with the most passes per 90. However, there are some interesting aspects when we look at the players with the most passes per team. First of all, 14 of the 20 players are central midfielders what is not a huge surprise since these players are often the men who organise the build-up of their team.

Rodri of Man City is with 81.51 passes per 90 the player with the most attempted passes of all players in the Premier League. The man with the second-highest value is Joe Gomez of Liverpool with 77.69. The Englishman is one of the four centre-backs in this list besides Caglar Söyüncü (Leicester City), Steve Cook (Bournemouth) and Kortney Hause (Aston Villa).

The only two players who are neither centre-backs nor central midfielders are the winger Felipe Anderson of West Ham United and the left-back Danny Rose of Newcastle United.

To conclude, we saw in this short data analysis that the majority of the players who have the most passes for their respective team are men who have their main position in the centre of the pitch. Rose and Anderson are the two who stand out in this list as these are the only two who play on the wing, but still have the most attempted passes of their squad. 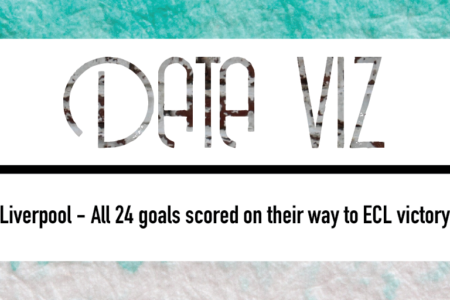 Liverpool – All 24 goals scored on their way to ECL victory