Chris Wilder’s Sheffield United have one of the best defensive records, not just in the premier league but in Europe’s top 5 leagues. The Blades have conceded just 28 goals this league campaign, that is fewer than Barcelona, Manchester City, Manchester United, Bayern Munich. A large aspect behind this excellent record is attributed to their organization and consistent team selection at the back.

Chris Wilder sets up his team in a 3-5-2 formation with the centre-backs overlapping to create an overload in the wide areas. Their football isn’t the most exciting but the athleticism and bravery of their players have got them fighting for the European spots with eight games still left to play.

The below visualisation is called a doughnut chart and it shows the distribution of the different defensive actions that the Sheffield United players take to help out their team-mates in defence. 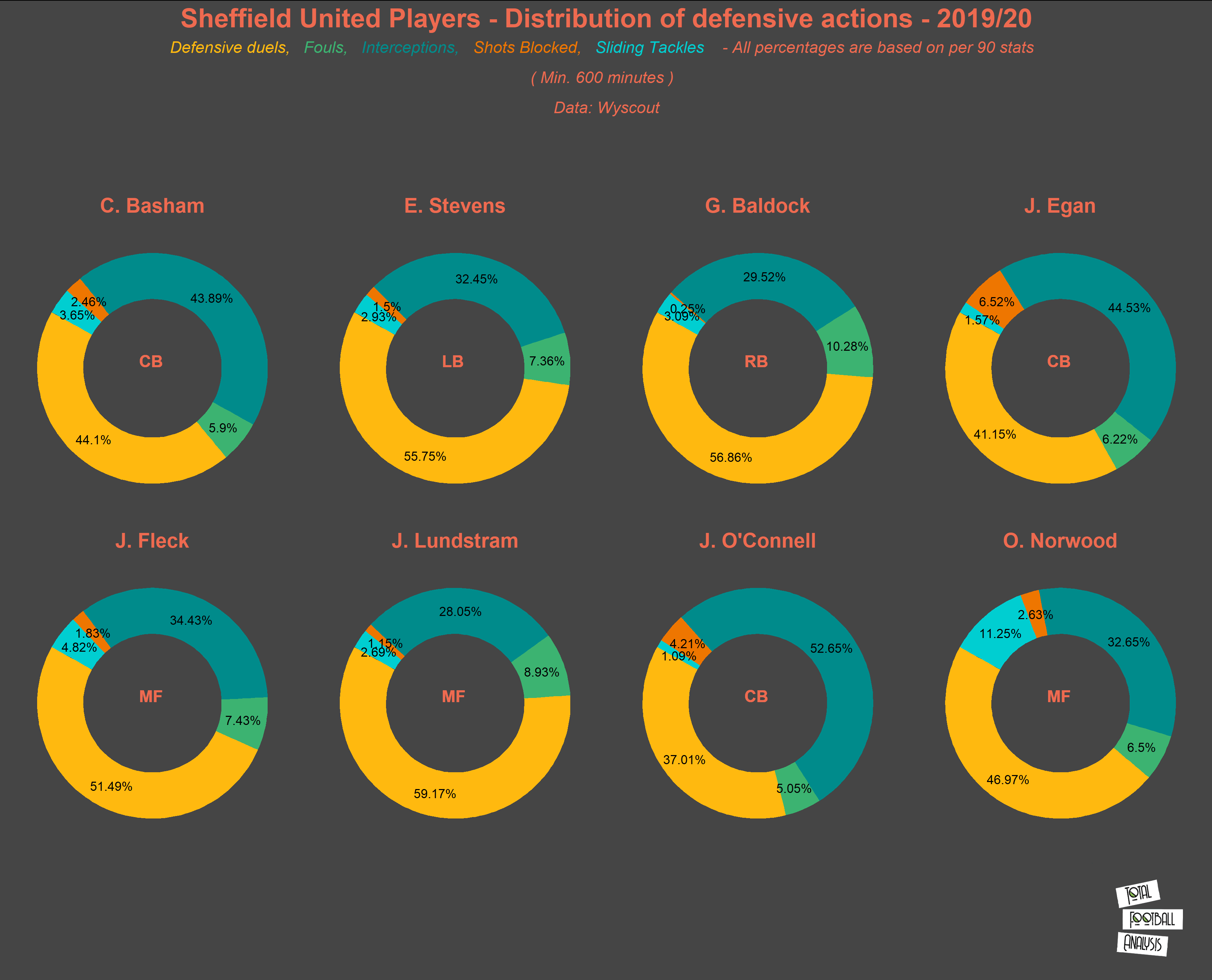 John Lundstram has been a sensation for the Blades this season and you can see why, the 26-year-old seems to be involved in a lot of defensive duels in spite of being the second-highest scorer for his team. The wing-backs Enda Stevens and George Baldock seem to be very similar in their actions with the RB/RWB committing more fouls than his counterpart. The Blades conceded three goals, for only the second time this season, against Newcastle United. Much of their lack of robustness in defence in that game was owed to Jack O’Connell missing the game because of an injury and John Egan getting sent off. The two centre-backs seem to intercept passes more frequently than the others. The visualisation is also evidence of the fact that Chris Basham attempts sliding tackles more frequently than the other two centre backs.

In simple terms, Sheffield United are consistent in defence and each defending player knows what he has to do to stop the ball going inside the net. Each player’s actions are diverse and dependent on the situation and it is tough to pick one player who has stood out in helping the team concede less goals.