Jose Mourinho is back in Italy, managing AS Roma. After having somewhat an excellent start to the season, Mourinho’s men are currently sixth in the table, three points behind fourth placed Atalanta, losing their last two league games while conceding five goals. The Giallorossi have also failed to win their last two European games. So it is fair to say things don’t exactly look great for Jose Mourinho and his men right now. 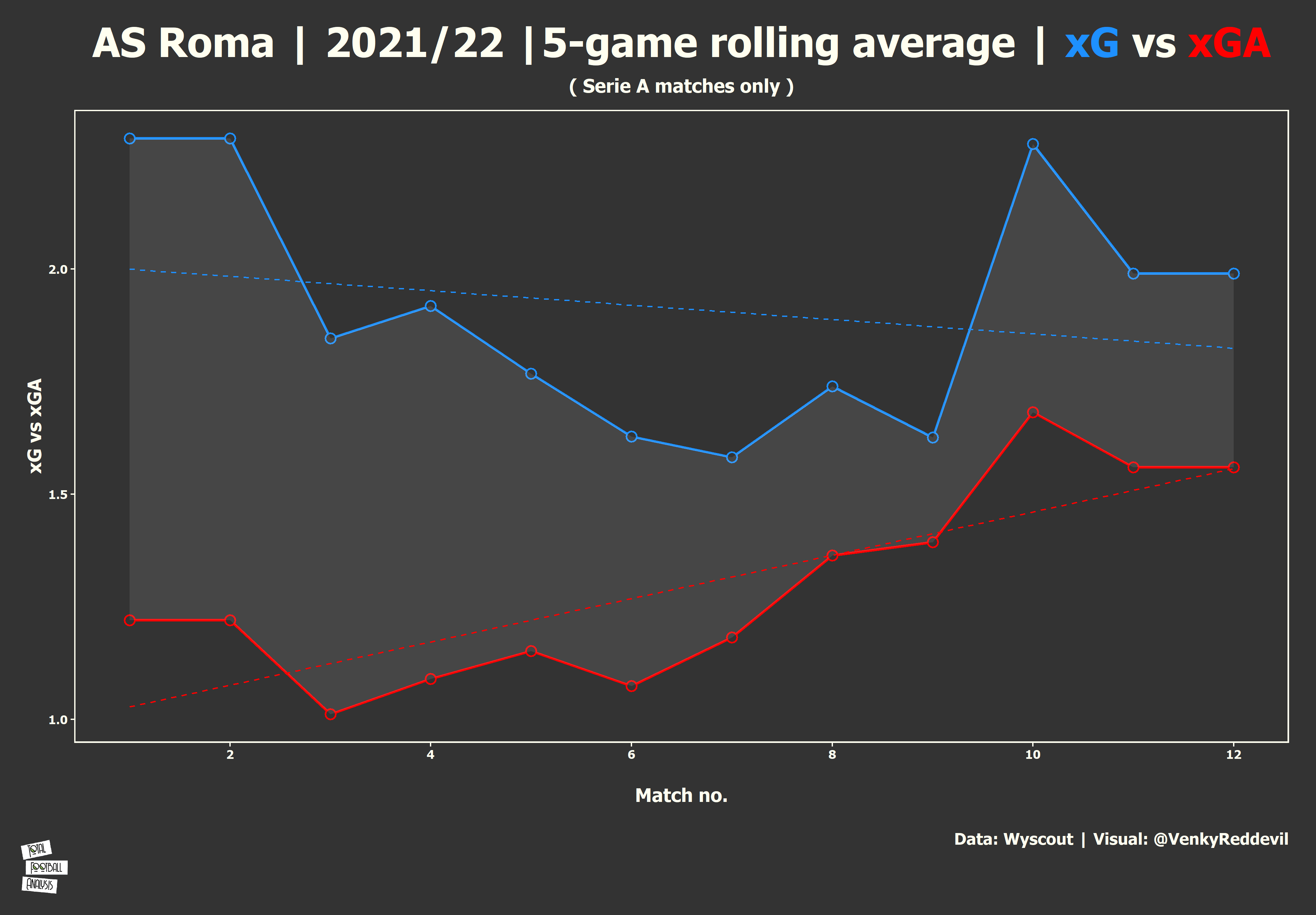 As seen in the visual, Roma were off to a rollicking start scoring nine goals and conceding only twice in their first three league games of the season. Jose’s men then suffered a shock defeat at the hands of Hellas Verona. Roma also had their second lowest xG (1.18) this season in that game as per Wyscout. Their lowest xG value came in their 0-0 draw at home to Napoli. They also lost to their fiercest rivals Lazio. A big reason for Roma’s turn in fortunes is because of their away form as they have lost four of their six away league games this season. Most recently, their defeat away to Venezia came as a shock to most of them, especially as Roma created a lot of chances ending the game with an xG of 5.07. As the trend lines (dotted lines) in the visual indicates, Roma’s defence in the last few games is starting to leak some goals and they are also struggling to create enough chances.

Jose Mourinho has had a very inconsistent start to the league season at Roma, however there is enough time for him to fix this. He will have to do that by first fixing the defence as Roma rank seventh best for xGA in the league.