Recruitment within football, and in a European context, is not constrained purely to the two transfer windows. Instead, it is a year-round endeavour and with the summer window now firmly closed, clubs and agents will be firmly embedded in the planning stages for upcoming windows. Clubs with smart processes will already be planning at least three if not four windows ahead while those that are more chaotic will be planning for the next two windows.

At this stage in the process, I like to start completing data checks for key markets around the globe to ensure that all players of interest are captured and entered into our recruitment workflows. In this article, I will give an example of how this process works with a focus on the Scandinavian market.

Scandinavia is typically a hotbed of talent. The Swedish and Danish markets, in particular, have proven fertile hunting grounds for clubs searching for young talents. In recent seasons, we have also seen an explosion of talent in the Norwegian game, and I like to follow the Icelandic and Finnish leagues, where clubs have a tendency to trust and play young, talented players. There can be a temptation for clubs to just concentrate on the first two nations and this creates an opportunity in taking a broader approach and assessing players across the whole of the region.

In this article, I will take you through the region as I have identified five players who are having an excellent season so far from a data perspective. Each player has a different profile with a central defender, a fullback, a central midfielder, a winger and a striker identified but they also have slightly different potential markets as I will discuss when we move through each player.

The process that I use for data scouting is relatively simple. I use Wyscout as my data source. There are of course drawbacks in their event data, and the likes of Opta and Statsbomb are better data sources, though they are also prohibitively expensive. Wyscout offers the best option in terms of breadth of coverage and cost. I then take this data and use Tableau to compare performance against a few key metric combinations that I have to identify interesting players, though these are not for public consumption.

From that point, I use my custom-built Tableau dashboards to visualise the performances of the players on my shortlist. This allows me to quickly benchmark and compare various players across key metrics for their position. This is where the article starts, as I will introduce one player at a time.

Gustav Valsvik is the oldest player on my shortlist but given that he is a central defender, he is firmly in his prime with at least 3-4 seasons before we need to start really being concerned about regression in terms of his performances. He is currently contracted to Strømsgodset in the top-flight of Norwegian football and he is 28 years old.

Valsvik is predominantly left-footed and as you can see from his heatmap on the profile, he plays for the most part as a left-sided central defender. He has good size for the position at 196cm | 6’4” but crucially he is very good with the ball at his feet.

So far this season, remember the Norwegian leagues run on a summer schedule, the towering central defender has played 1707 minutes. He has good volume in terms of his passes with 44.71 passes per 90 but he uses the ball well. His ability to play line-breaking passes or to change the angle of attack through diagonal passes is also evident when watching him play on video. So far this season, Valsvik is averaging 11.12 progressive passes per 90 and 9.23 passes to the final third per 90.

His club tends to play in either a 4-2-3-1 or 4-3-3 structure, with Valsvik playing as the left-sided central defender. He clearly takes responsibility for progressing the ball in the build-up phase and he does so very effectively.

If it wasn’t for the constraints placed upon British clubs by the new regulations post-Brexit, then Valsvik would make an intriguing option for upper-level clubs in the Championship or lower-level clubs in the Premier League. Instead, his style of play feels like an excellent fit for German football.

The next player on my shortlist is the 18-year-old Danish fullback Victor Kristiansen who plays in the Danish top-flight for Copenhagen. The young left-back made his first-team debut for the club in November 2020 but this season he looks to have firmly established himself as a part of the first-team squad. At the end of 2020, having just turned 18, Kristiansen signed a new contract at the club that runs to 2023.

Kristiansen is listed at 181cm | 5’11” and he is predominantly left-footed. So far this season, Copenhagen have preferred to play in a 4-2-3-1 system with Kristiansen being played as the left-back. He also looks to have the physical and technical profile to play as a wingback in a back three system.

The young fullback is extremely aggressive both in and out of possession. When Copenhagen are in possession he displays the ability to receive the ball on the same line as the deepest central midfielder before then acting quickly to progress the ball forward. He can do this either through his ball carrying, and he is averaging 3.62 dribbles per 90 and 2.41 progressive runs per 90, or through passes that break the lines of the opposition. He is averaging 45.38 passes per 90, high for a fullback, with 10.25 progressive passes per 90 and 4.27 passes to the final third per 90.

Defensively, Kristiansen is also very strong. He is averaging 7.99 defensive duels per 90 with a success rate of 69.81%, as well as 5.57 possession adjusted interceptions.

Victor Kristiansen has all the makings of a top-level fullback at a Champions League club. Eventually, a move to the English or German leagues would appear to make a lot of sense but in the short term, I can see him making a move to either Ajax or Red Bull Salzburg, both of whom have ageing left-backs that they will need to find a solution for sooner rather than later.

The next player on my list also plays in the Danish top-flight but this time with Silkeborg. Mark Brink is a 23-year-old central midfielder who is an extremely effective ball progressor in central areas. He was initially a product of the youth system at Esbjerg and was putting in some very strong performances before making the slightly surprising move to join Silkeborg in 2020.

This season we have seen Silkeborg play in a 4-3-3 structure and Brink plays as the deepest midfielder of the three. From this position, he is capable of accessing all areas of the pitch through line-breaking passes or diagonals that switch the play.

So far this season we have seen Brink play 753 minutes in the Danish top-flight and his passing metrics are extremely impressive. He is averaging 80.32 passes per 90 with 12.19 progressive passes per 90 and 9.80 passes to the final third per 90.

He is very much a passing midfielder and despite playing as the deepest midfielder he is less effective from a defensive perspective. This is an area of his game in which he needs to improve but his profile is very much as a playmaker type.

With AZ Alkmaar of Holland having sold the excellent Teun Koopmeiners to Atalanta, I would suggest that Brink would make a perfect replacement for the young Dutch midfielder.

The next player on the shortlist is the 21-year-old attacking player Jason Svanthorsson who is contracted to Breiðablik in the Icelandic top-flight. Svanthrosson plays predominantly from the right-hand side of the attack but he is two-footed and equally comfortable attacking the opposition down the outside or cutting in towards goal.

Svanthorsson is at a point where he has to test himself at a higher level. A move to a top-flight Swedish side would appear to be a good stepping stone but I would not be surprised to see him make a move to the top-flights of Holland or Belgium.

The final player on the shortlist is the 22-year-old Danish striker Jonas Wind who currently plays in the top-flight of Danish football with Copenhagen. Wind is listed at 190cm | 6’2” and he has an excellent physical profile as a striker. He is technically strong with the ability to finish in a variety of situations but he is also strong and aggressive in the air. Copenhagen tend to play in a 4-2-3-1 system and Wind is effective as the lone striker in the system.

Wind had an injury-affected season last term but seems to have regained full fitness this term. So far this season, he has played 462 minutes in the Danish top flight.

His goal output so far this term has been excellent. He is averaging 0.78 goals per 90 from an xG per 90 of 0.86. His strong attacking output is further underpinned by the fact that he is averaging 4.09 shots per 90 and 4.09 touches in the opposition area per 90.

Wind is already on the radar of several top clubs around Europe and his profile and playing style suggests that he will not need to make a move to a stepping stone league before he makes the move to a top-5 league. English sides should be monitoring his performances closely. A move to Aston Villa, for example, would make a lot of sense given the knowledge that their recruitment team already has of the Danish market. Failing that, his skillset feels like it would translate well to the Italian game.

So there we have it. An example of how I identify and think about interesting players in key markets. The Scandinavian leagues are full of talented players with good valuations and relatively low wages—a set of conditions that make them extremely interesting from a recruitment point of view 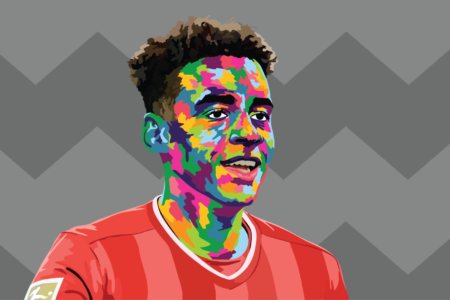 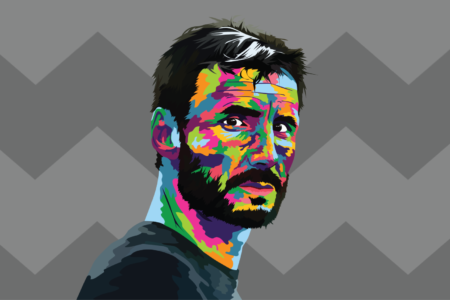 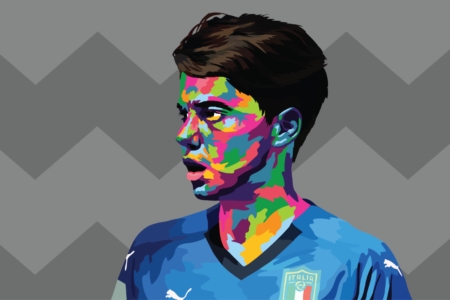 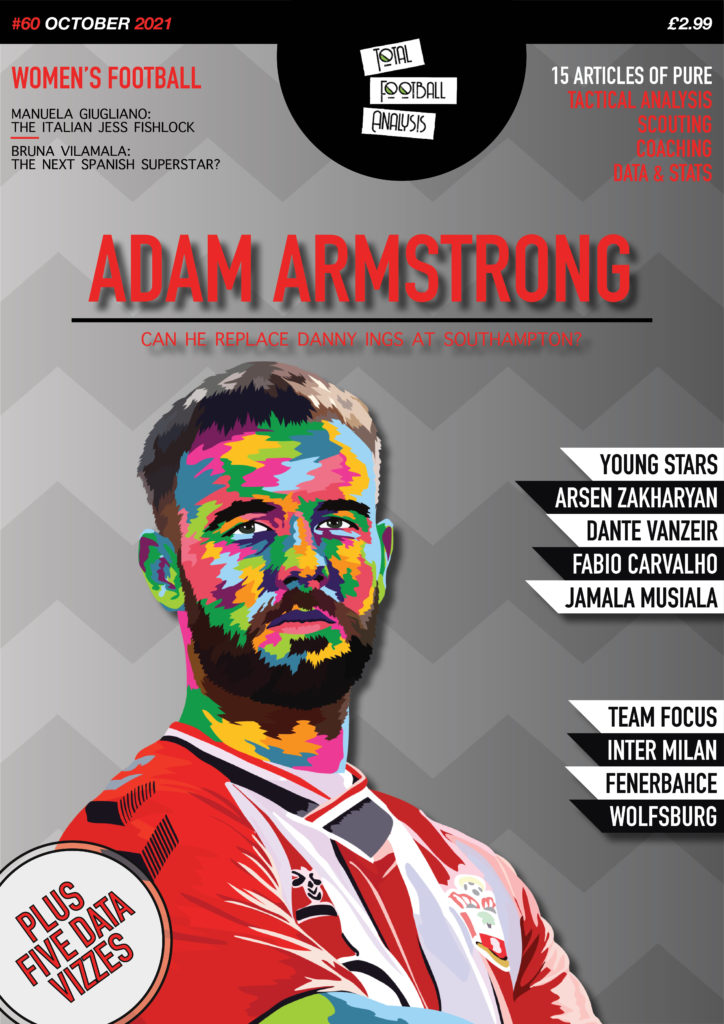