We are in the business end of the 2020/21 Premier League season. Manchester City are only a few points away from winning their third Premier League title in four years. Sheffield United are not yet relegated mathematically but it is only a matter of time before that happens. However, there is still a lot left to play for with respect to the European places. Now is a good time to look back on the season so far and see how certain teams have performed. One way to do this is by finding out which teams prefer to have more of the ball and which teams don’t.

The following visualisation shows the average possession (for and against) of each team in the Premier League this season. Data to create this visual was obtained after the completion of the Manchester United vs Brighton game on 4th April, 2021. 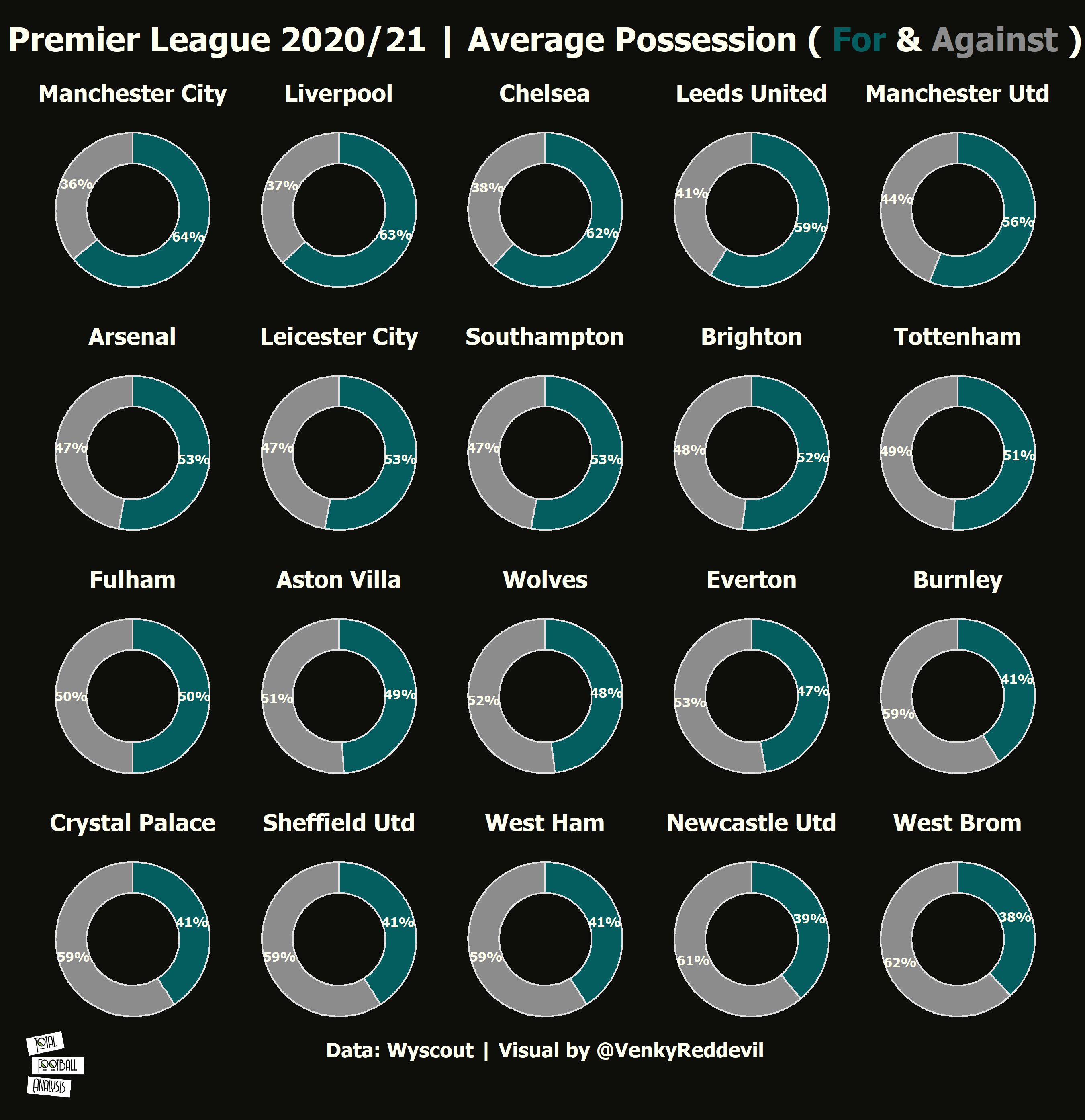 There are no surprises to see Manchester City top the chart with 64% average possession. They have topped the table for this stat since Pep Guardiola took over in 2016/17. Liverpool are second in the table with 63% possession – the same as last season. In fact Leeds United are the only different team from last season’s top five teams for the highest average possession. Marcelo Bielsa’s side, known for some intense football, are fourth with 59% average possession behind Tuchel’s Chelsea. Leeds are followed by rivals Manchester United. Ole Gunnar Solskjaer’s side, who are known for their counter-attacking football, have averaged about 56% of the possession for the season so far.

Leicester City are the one team to have dropped from last season’s top five most dominant ball possessors. Brendan Rodgers’ side sit third in the points table and have about 53% of the ball on average. The team that shows the biggest change from last season’s numbers is Aston Villa. Dean Smith’s side averaged only 44% possession of the ball last season. This season they have improved on that and have almost an equal share of possession with their opponents. Graham Potter’s Brighton, having really impressed everyone so far with the way they play. In spite of their poor results they have a better share of the possession than their opponents on average. Newcastle United are once again in the bottom two for average possession.