Last season’s performances confirmed that Kevin De Bruyne is one of the best playmakers to have ever played the beautiful game. It is still in discussion whether he had 20 assists or 21, which would have broken Thierry Henry’s record for most assists in a single Premier League campaign. The assist against Arsenal wasn’t credited to him by the Premier League, but almost all event data providers gave De Bruyne the assist. 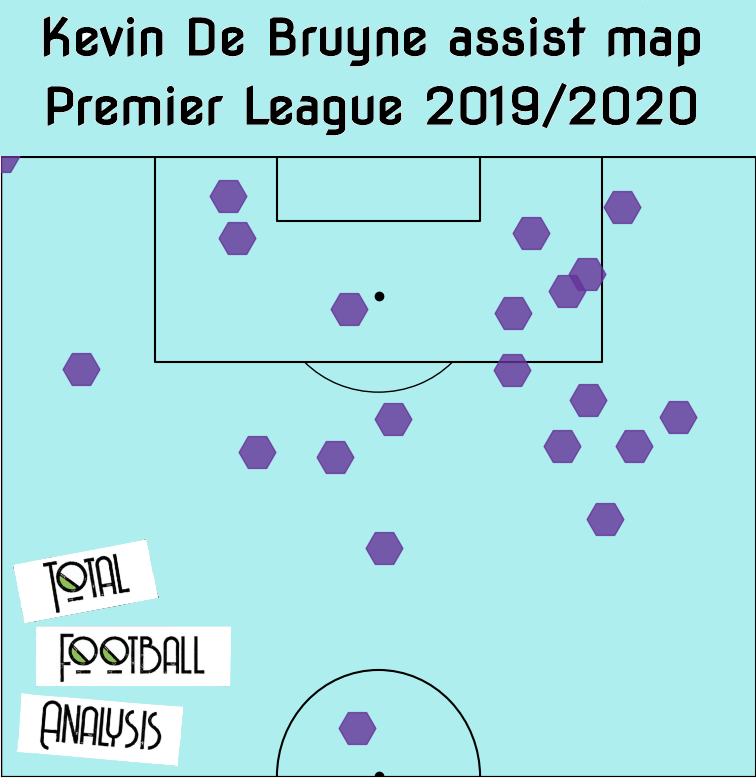 We saw a lot of situations last season where he assisted from the right flank and from half-space closer to the right side. It happened a lot of times when Walker overlapped on wing and let De Bruyne trail behind him before passing to him backwards. This led to dangerous crosses from the Belgium international. What is impressive is that when Manchester City were attacking, Walker was used in central areas in some matches and De Bruyne would cover the right side, which allowed him to regularly try dangerous low crosses that often found his teammates. He is an excellent set-piece taker which gave him a couple of assists as well. He can assist from deep with long balls over opposition defences, but also has a soft touch to play defence-breaking passes.

It was a pleasure to watch De Bruyne last season and it is hard to find better passer in the world than him. He is at his peak and we can expect his impressive performances in the future as well. With Messi and Ronaldo ageing and playing on a slightly lower level than in recent years, maybe it is time for De Bruyne to aim for Ballon d’Or. Obviously, to earn this award he will need to win the Champions League or European Championship in the next summer, judging on the recent years’ winners. One thing is certain though, he will continue to bring joy with his performances to Manchester City fans, but also to football fanatics all around the world. 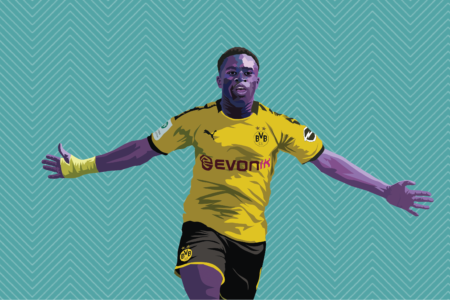 In the last couple of years, Borussia Dortmund had to fight with several set-backs as other clubs became attentive of […]