Mason Greenwood could not have asked for a better full season in the Premier League last season. The teenager from the Manchester United Academy netted 17 goals (in all competitions) to his name in 2019/20. After a season like that, the pressure and expectations on his shoulders were naturally high for this season. After making his debut for the national team in September and then controversially getting removed from the squad for questionable behaviour off the pitch, it is only fair to say that Greenwood has had a poor start to the season on and off the pitch.

So far Greenwood only has three goals to his name this season, only one of which came in the league, as shown in the following graph. He has really struggled to get going in the games he has been involved in. In the games against Chelsea and Wolves, Greenwood did not have a single shot to his name as per InStat. Scoring one goal from 18 attempted shots is a poor conversion as per the standards he set during the last Premier League campaign. 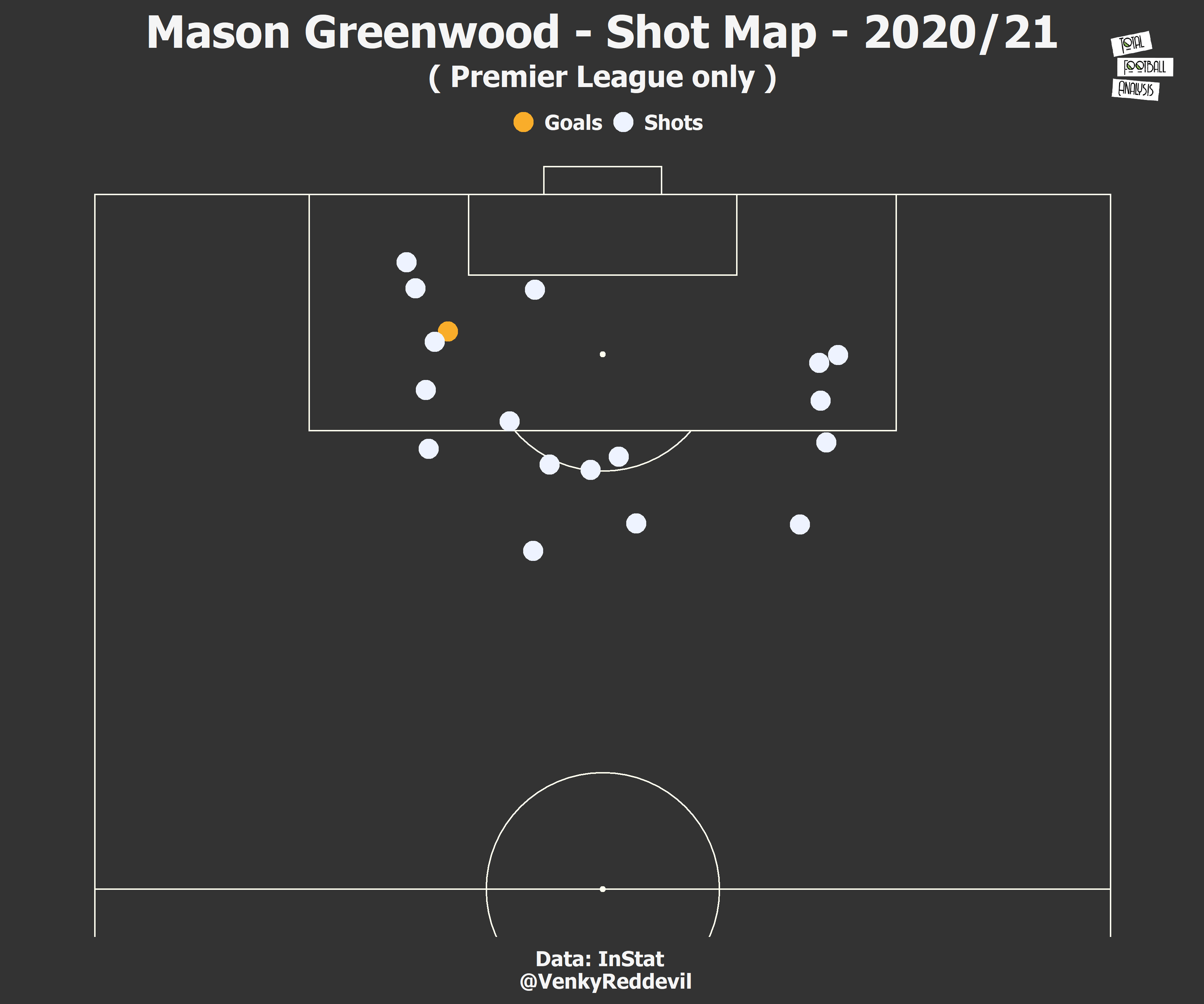 Another worrying aspect is his contributions off the ball. He is rarely involved in the build up of an attack. Does this suggest that he has become predictable? Is there too much pressure on him? With all that being said, Greenwood is still very young and has many years ahead of him. His manager has repeatedly referred to him as the best finisher he has ever come across. Only time will tell if he can live up to meet those expectations.