The race for this season’s Premier League Golden Boot has some familiar faces, including Mohamed Salah, Harry Kane, Hueng-Min Son. Dominic Calvert-Lewin was comfortably leading the table a couple of months ago but recent dip in form has enabled the others to overtake him. However, Everton’s number nine is still not too far behind.

One player who has very recently impressed with his goal scoring and shooting is Hueng-Min Son. The Spurs player is one of the most efficient shooters in the league as shown in the following graph. Son, with a goal conversion rate of roughly 42%, is the best in the division for shooting efficiency among players with minimum 10 shots and more than one shot per 90. Jamie Vardy is always known for his clinical finishing in front of the goal. He is behind Son in terms of goal conversion percentage with close to 32% of his shots ending up in the back of the net. 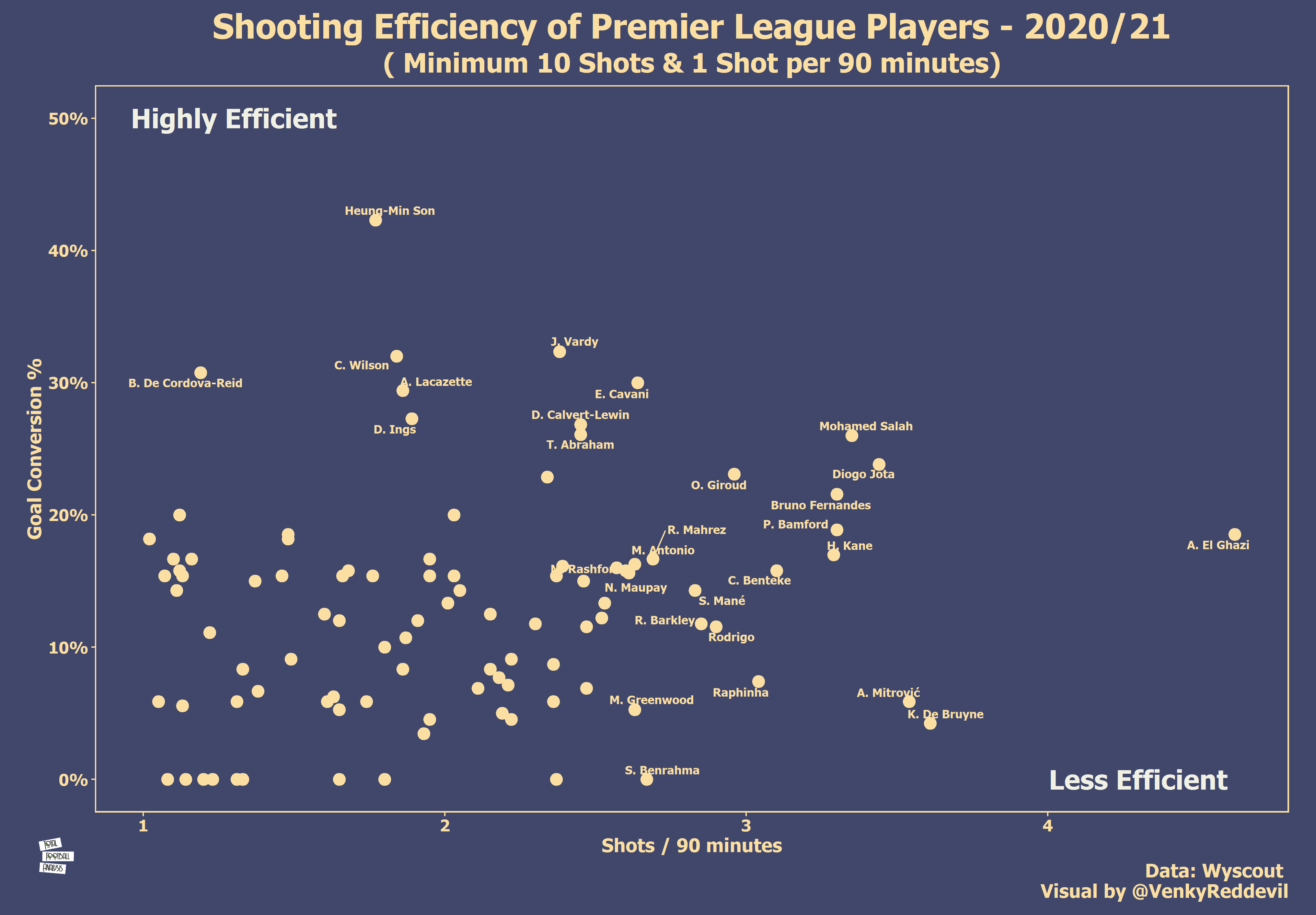 Almost every time Mason Greenwood took a shot last season, the ball ended in the back of the net. However, this season the Manchester United forward is among some of the least efficient shooters in the league. Another player who has struggled to find the back of the net is Fulham’s Mitrovic. The Serbian, who excellently led the line during the 2018/19 season, has only converted roughly 6% of his shots to goals. Kevin De Bruyne is in top five for the number of shots taken but the Belgian’s goal conversion is one of the worst in the league at only 4%. surprisingly the Belgian’s ‘Goal Conversion %’ is only 4% and is among the worst. Mohamed Salah, Harry Kane, Bruno Fernandes all fall somewhere in between ‘Highly Efficient’ and ‘Less Efficient’ and deserve to be mentioned. The same can be said of Manchester United’s Anthony Martial, who has a conversion rate of only 8% so far.