After 15 rounds in this season’s Serie A we have a surprising, but familiar, leader at the top of the table. Stefano Pioli’s Milan are top of the ladder leading rivals Inter by just one point. Defending champions Juventus, under new manager Andrea Pirlo, are fifth in the table with 27 points. Milan are the only team in the division yet to lose a game.

Milan’s excellent start to the season must be attributed to their excellent goal scoring run. The Rossoneri have scored in every league game so far and are joint-top for the number of scorers in the team (12). Second placed Inter have scored the most goals in the division with Conte’s men having 10 different scorers in the league so far. 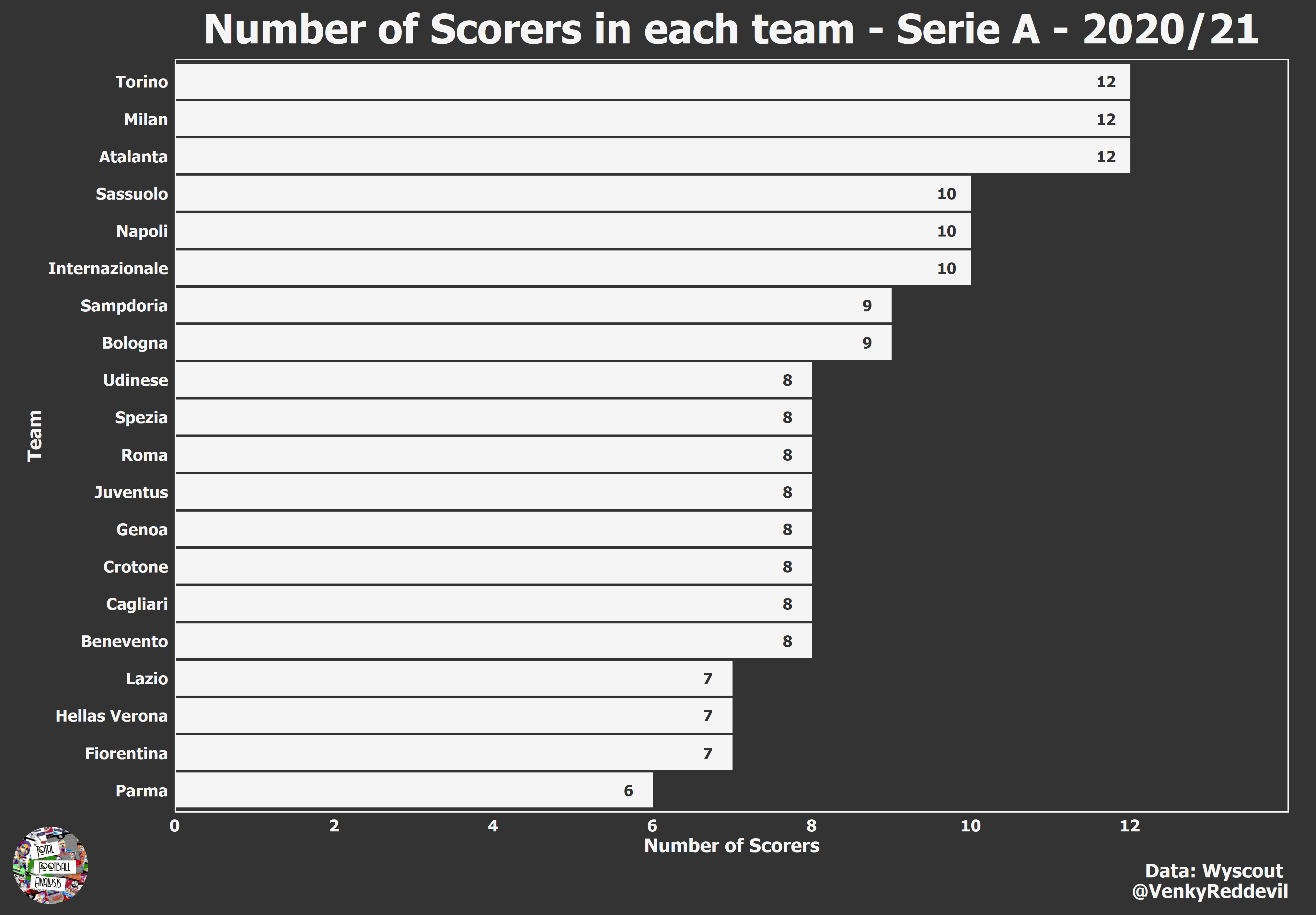 Torino, who are joint-top of the pile for number of different scorers, yet are 17th in the league table. Parma, who only have six different scorers are struggling to score goals this season with Fabio Liverani’s men scoring only 13 goals so far. Atalanta, who scored 98 goals last season, are once again on track to achieve the same with Gasperini’s men having 12 different scorers to their name so far.

Please note that the data used to find the number of different scorers in each team is pertinent to the Serie A’s 15th game week and could differ when you read this.