Confidence is a very important factor if you want to keep winning games in football and there is nothing like keeping clean sheets in giving that confidence for any player(Try asking De gea about this, maybe?). A forward is going to be equally happy for his team as a defender would be, if his team keeps a clean sheet at the end of a game. Keeping a clean sheet is a team job and every single player needs to be alert when the opponent makes a pass or takes a shot. If and when, eventually, the ball crosses the goal line, we , as fans sit and analyse whose mistake was it? Which player was responsible for conceding the goal? Could the goalkeeper have done any better? We start to ask all sorts of questions. In spite of all this, at the end of the day, a goalkeeper is the only one for whom the clean sheet matters the most. The game has indeed definitely evolved and we are looking for more Manuel Neuer(s) to come out and help a team in possession, but am sure Manuel Neuer himself felt a clean sheet was more important to him than making a 50 yard assist and that is why I have decided to take at the clean sheet performance of different goalkeepers in the premier league. 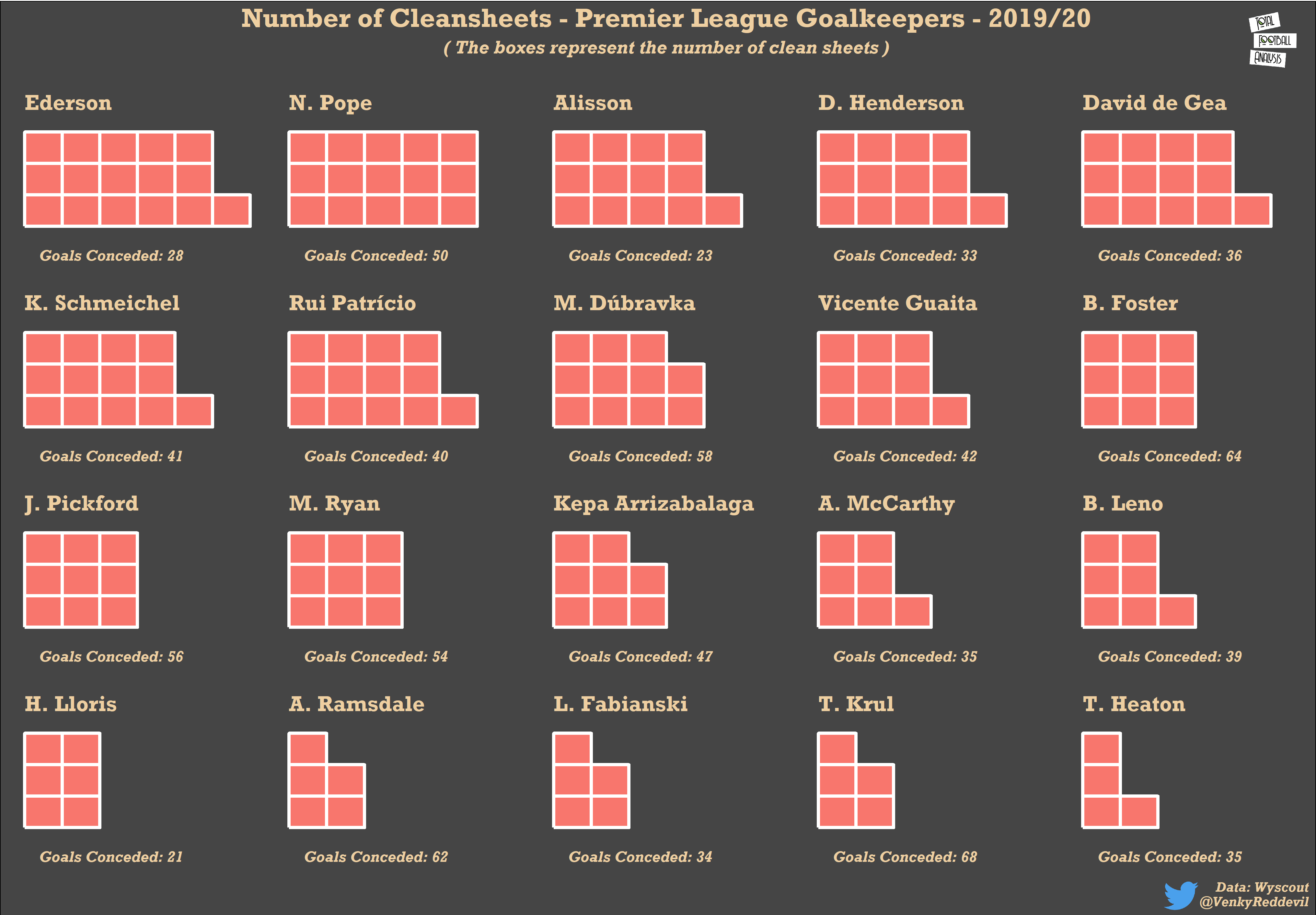 In spite of Manchester City finishing 18 points behind Liverpool in the title race, the city goalkeeper Ederson finished top of the chart with 16 clean sheets, his first golden glove award since joining the club in the summer of 2017. His fierce competition(until the last day) for the award was Burnley’s 28-year old Englishman Nick Pope who finished only behind Ederson with 15 clean sheets. Two goalkeepers who were under a lot of criticism over the course of the season were Manchester United’s David de Gea and Chelsea’s Kepa Arrizabalaga. The two Spanish keepers kept 13 & 8 clean sheets respectively. Chelsea conceded a record 54 goals and one could say their spanish goalkeeper was partly responsible for letting in a fair number of those goals. It will be interesting to see if Chelsea retain him between the sticks for next season.

Tim Krul may be second best in the league for the number of shots saved, but his clean sheets number does not look good, however, I am very sure I know why that is (and I guess you know it too). Watford’s Ben Foster has conceded the most goals(64) in spite of keeping 9 shut-outs which is a better record than some of his colleagues.