West Ham’s unbeaten four game run came to end against defending champions Liverpool at Anfield and the Hammers wouldn’t be having too many complaints about their performance in the game, in spite of the defeat. Once again, the London club set up in a 3-4-3, that has been the most comfortable for them in recent games. Declan Rice stood out with an eye catching performance at the heart of the midfield.

The following visualisation shows his various actions across the pitch. 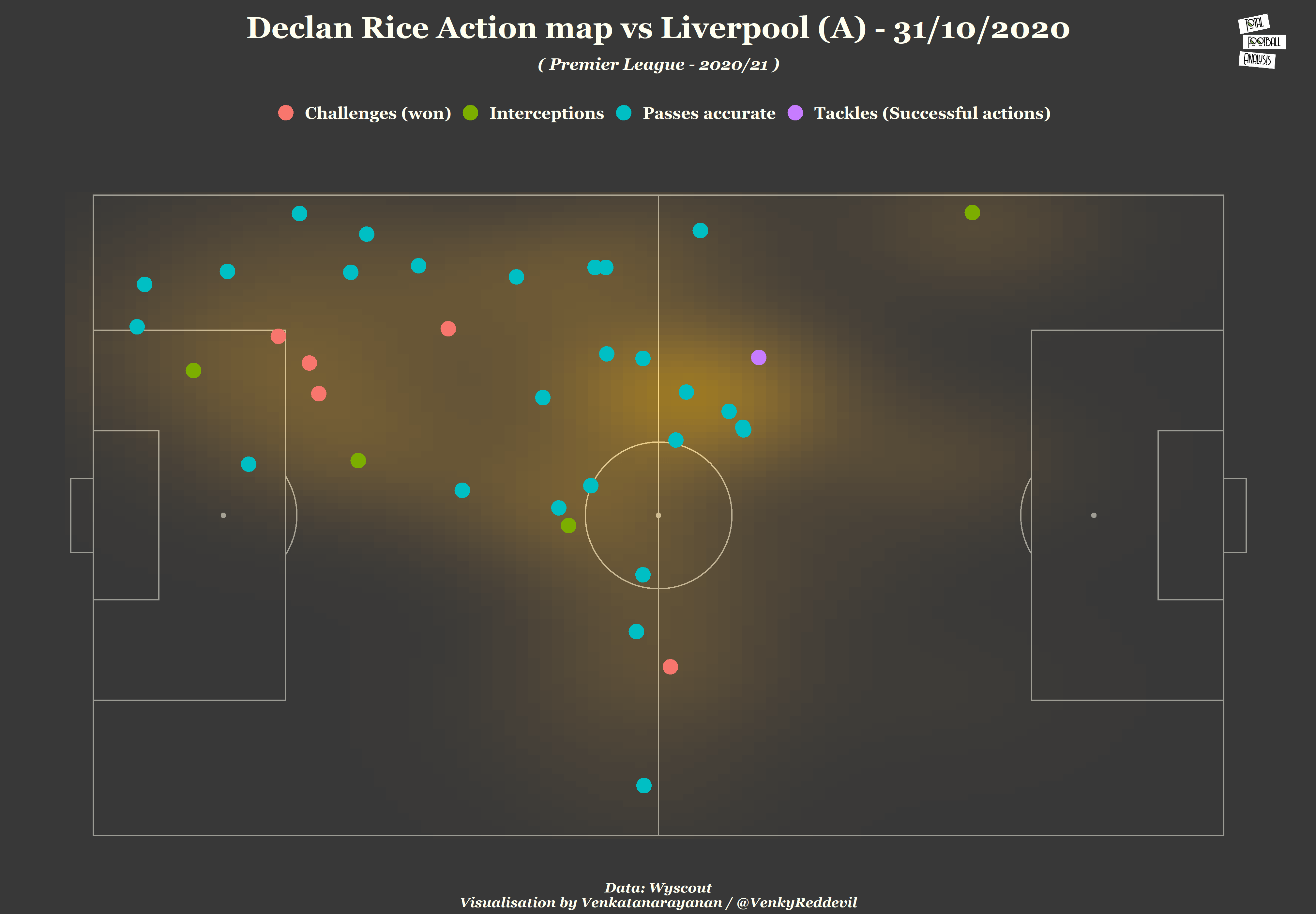 The data shows Rice dominating in the midfield, especially in his own half, winning challenges in crucial positions. Rice made more interceptions than any other midfielder on the pitch. Rice also won 75% of his defensive duels. Only Aaron Cresswell and Pablo Fornals had a better success rate among the West Ham players.

West Ham and Rice in particular have had good starts to the season. Now that a difficult fixture run is behind them, the Hammers will look to establish themselves in and around the middle of the table and stay away from the relegation zone to maximise their push for a top half finish this season.