With the second international break of the season upon us, it was time to notice one of the major issues that have been plaguing Arsenal for quite some time – their lack of creativity and subsequent attacking numbers. 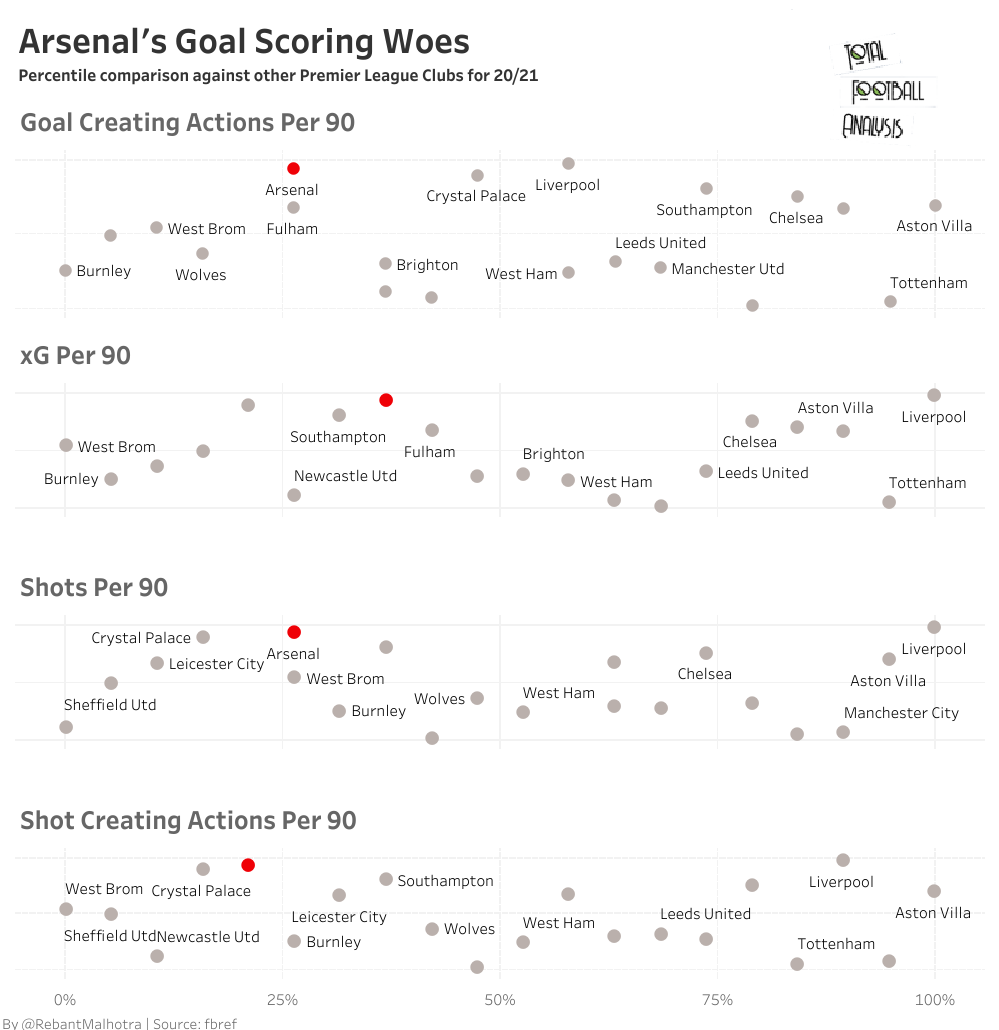 While historically, Arsenal as a club have never been shy when it comes to attacking, things took a downward turn after the departure of Arsene Wenger. The biggest concern during the Emery era was the lack of shots and Arsenal’s continuous issue of being “out-shot” by seemingly weaker oppositions. Critics pointed out that Arsenal could no longer take the game to the opposition, playing each game in a cagey affair often with defensive lineups.

While Emery had to leave after a spate of disappointing results, one major problem that has spilt over to Arteta’s Arsenal is a similar pattern where the team is increasingly frustrating to watch with limited attacking during the game.

To the eye test, it is amazingly clear that the current Arsenal team are far better drilled when it comes to their overall structure when compared to the team under Emery, but the offensive issues and lack of chance creation persists.

One of the major problems that has plagued Arsenal this season is the predictability when it comes to their attack, especially from the flanks. Auba’s contract signing was a major boost for the gunners, but his position on the left has often seen him stay completely isolated. On the right side, Willian has been a source of major frustration for fans and Pepe’s inconsistent performances have seen him become the second choice in the league.

The encouraging fact is that the club seems to have recognized this as an issue which was evident from their extensive moves to bring in Houssem Aouar from Lyon. While this could not work out, there has been significant news that Aouar’s refusal may force Arsenal to pursue Bundesliga youngster Dominik Szoboszlai.

The signs are clear, yet Arteta has not made many clear tweaks to a system that has failed him in the league offensively. With Ozil effectively shunned out, the likelihood of the German being brought back is limited. It will be up to Arteta now on how he can use the existing set of players to bring about a change from a situation that has Arsenal on crutches at the moment.