The Premier League returned after a short summer break over the weekend. Defending Champions Liverpool welcomed Championship winners Leeds United to Anfield. One could argue that the game was the best fixture among the first round fixtures with Liverpool triumphing 4-3 in the end. The game was nothing short of entertaining for the audience with the two teams producing end-to-end football accompanied by some defensive calamities. 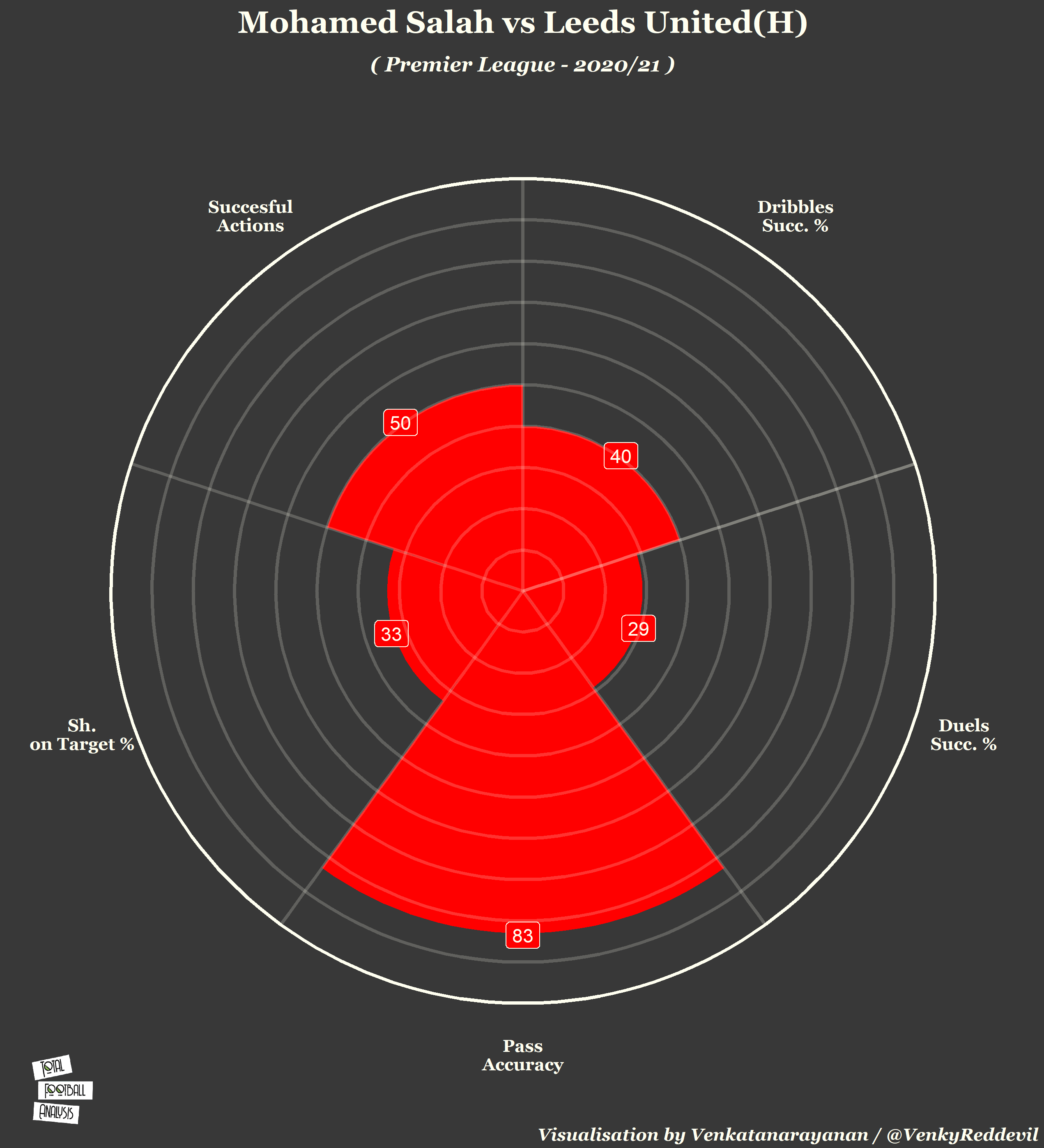 Mohamed Salah in particular produced a 10/10 performance, scoring a hattrick and becoming the first Liverpool player to score in the opening match of a campaign for four successive seasons. The Egyptian looked sharp as ever, converting two penalties and a powering shot from just inside the top of the box. The visualization above shows his key statistics from that night. Salah attempted the most shots, shots on target and successful dribbles on the pitch. It is fair to say that Salah looked the sharpest Liverpool player on the pitch. It’s early days, however if he is to carry this form throughout the season, then the other 19 teams have something serious to worry about.