Sam Beukema is a 21-year-old centre-back currently playing in the Dutch Eerste Divisie for Go Ahead Eagles. He is right-footed, with a lean but strong build, and stands at 6’2”, or 188cm tall. He came through the Go Ahead Eagles academy, although spent time with both DSC Diepenveen and Twente, and made his first-team debut at the beginning of the 2017-18 season at the age of 18. He has made 36 appearances since, and was a regular in the starting XI last season, and has continued in this vein in the current campaign.

This scout report will give an in-depth analysis of Beukema’s ability and his role in Go Ahead’s tactics.

Before looking at footage of Beukema we can look at a few key data points from this season to see how he fairs against his peers in the Eerste Divisie. 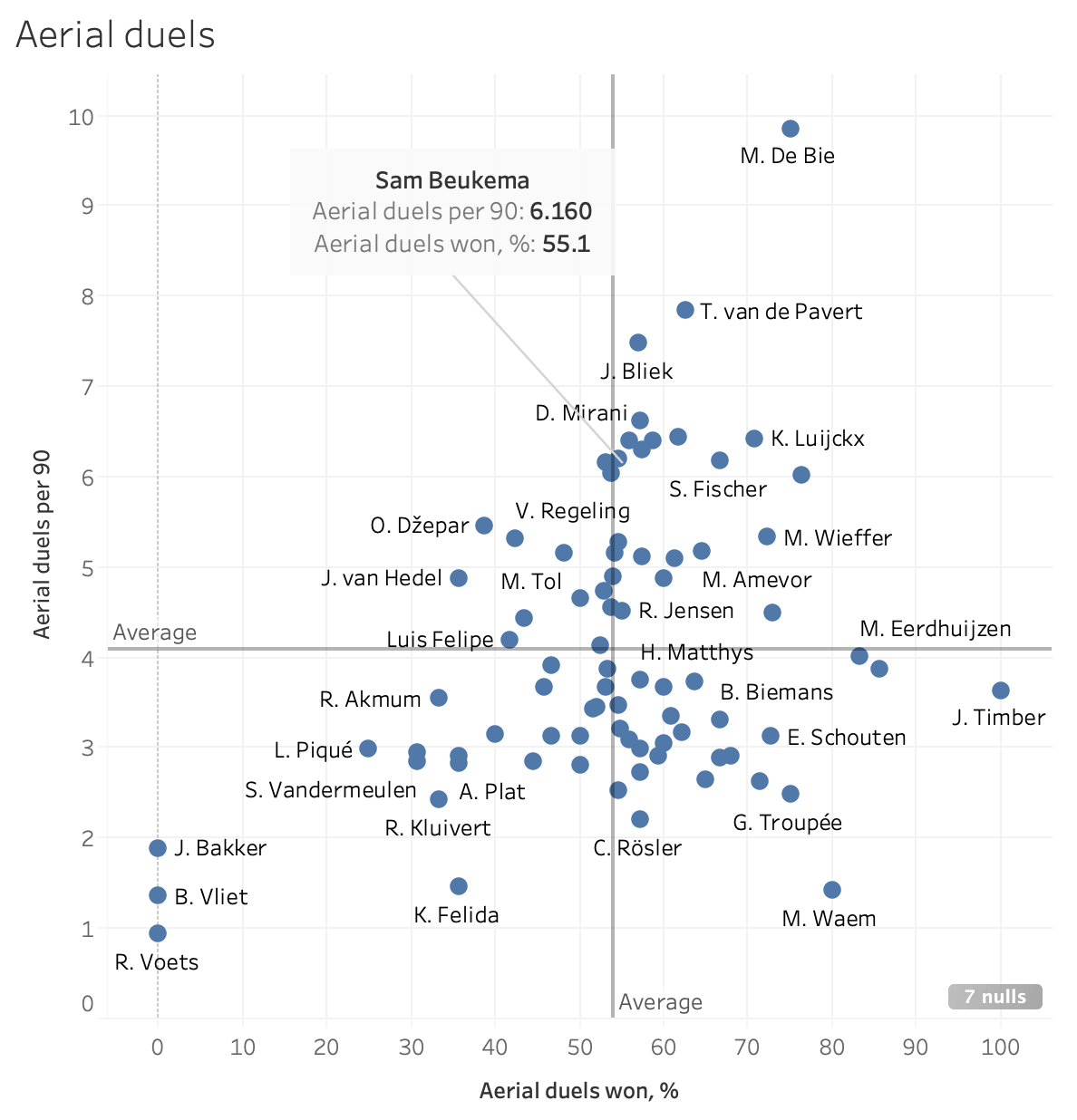 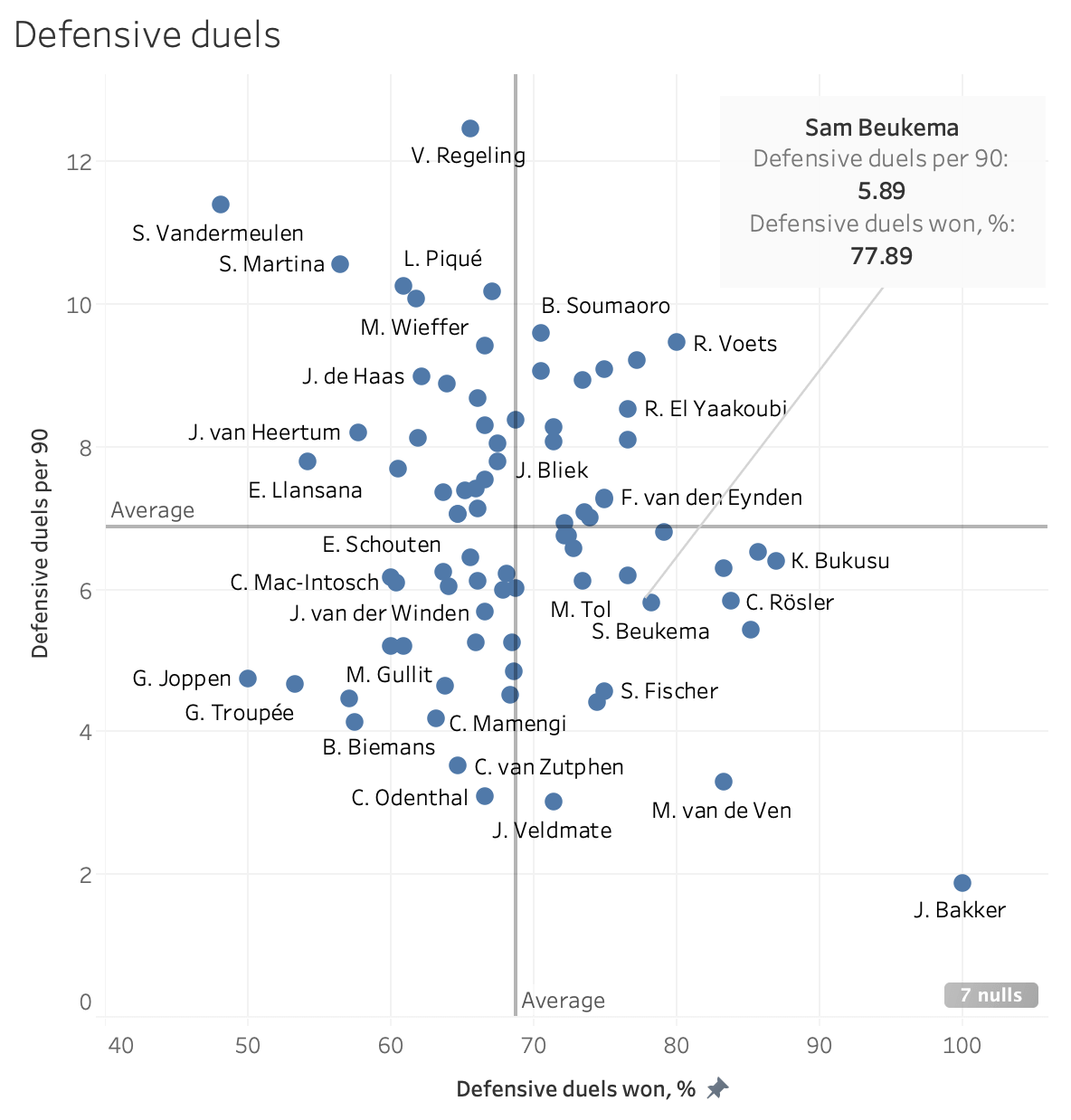 Beukema’s data suggests he has good positional sense and a good reading of the game to go with this. Where he ranks for padj interceptions and shots blocked is probably where he is strongest. We can see in the image below he ranks well above the league average in both metrics, whilst only two centre-backs, Dehninio Muringen of FC Dordrecht and Reda Akmum of Jong FC Utrecht, have a better rating in both categories. 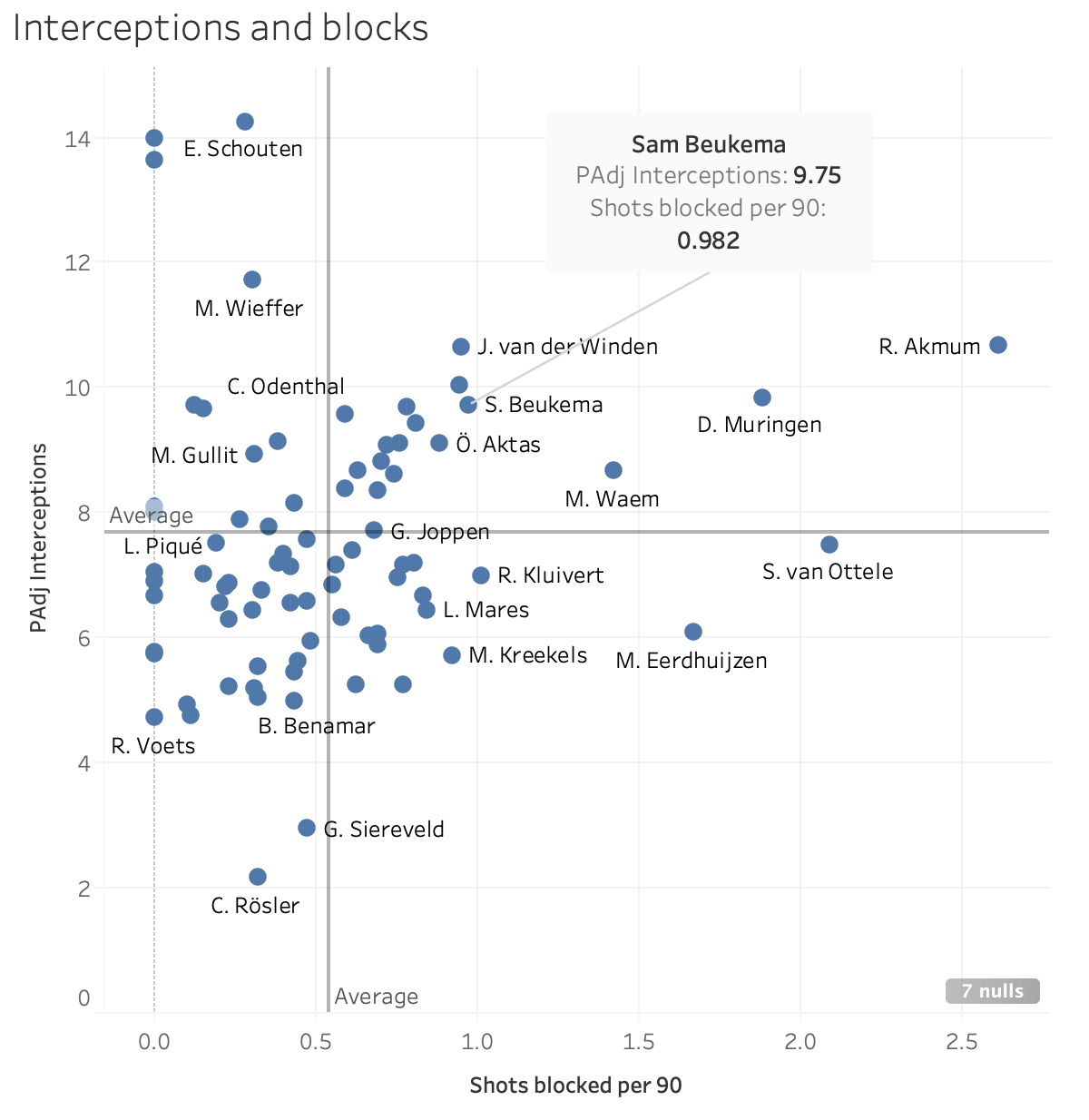 Moving away from looking at Beukema’s defensive statistics, he holds his own in possession too. Whilst not an outlier, he shows strongly for both his amount of progressive passes per 90 and accurate progressive pass percentage. 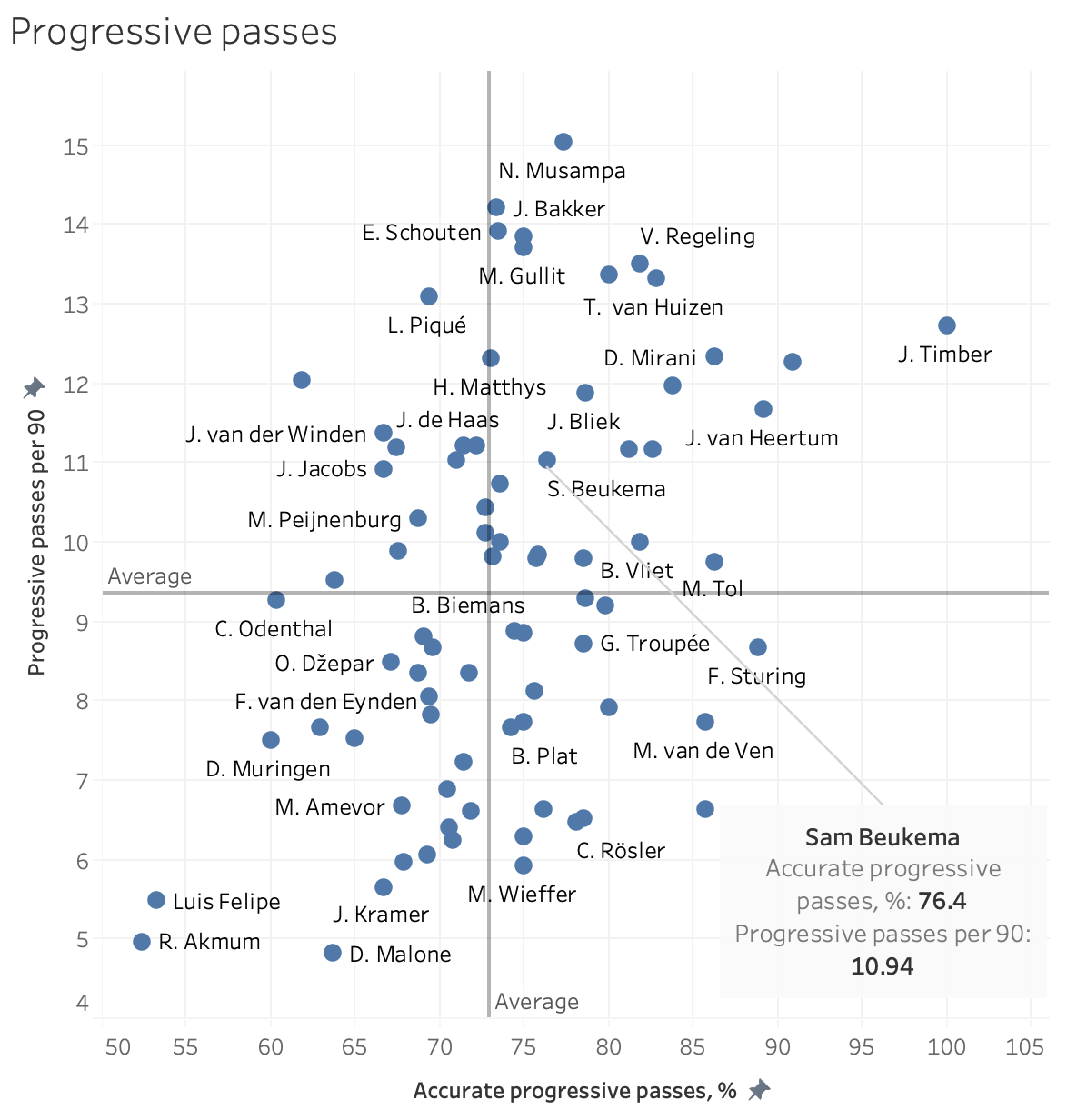 As for his preferred method of passing, it became clear to see that Beukema isn’t shy of making long passes and there aren’t many centre-backs in the league attempting more, whilst his completion on this type of pass is average when measured against his peers. 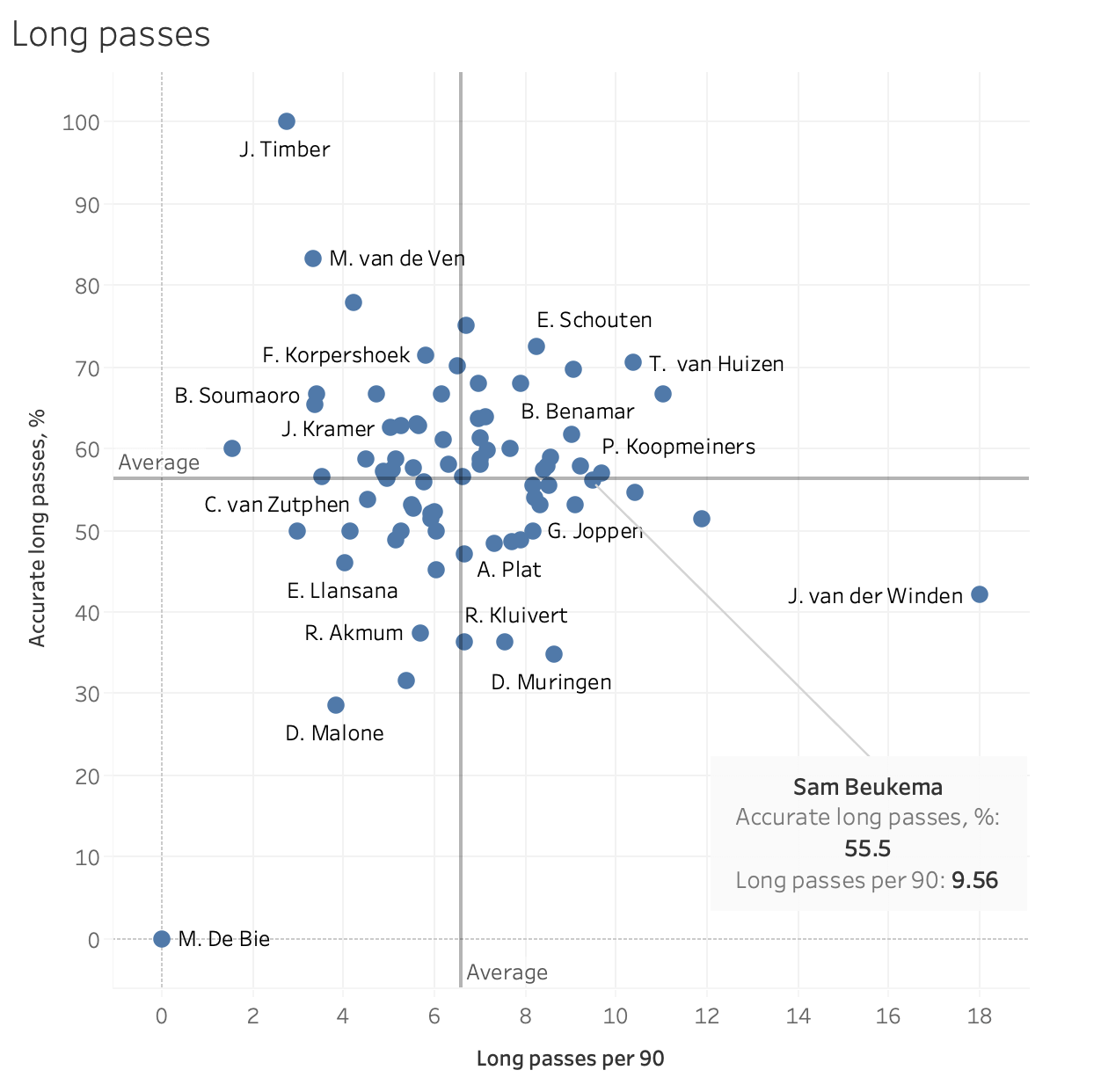 Beukema is an accomplished ball-player who is confident in possession. He frequently looks for diagonal passes, and he is very accurate with this type of pass, often switching the ball to the left flank, when afforded any space close to the half-way line. 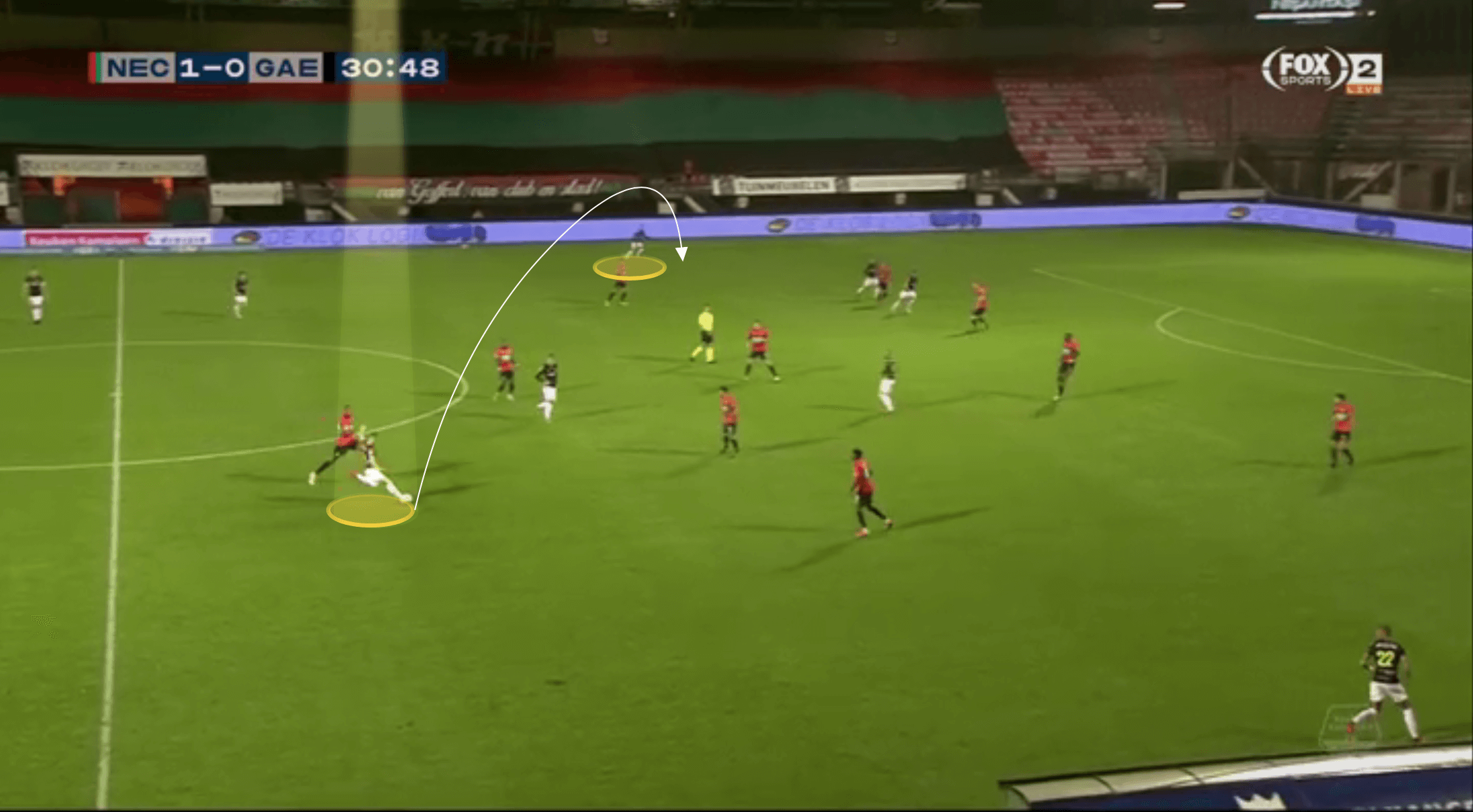 He will take this option on despite there being easier passes on, as we can see in the image above, but he can strike this with such precision that it has the potential to catch a particularly narrow defence off guard, or at the very least force the defence to quickly switch across as a unit, potentially leaving space between them.

Beukema is confident driving forward on the ball well inside the opposition half, and while he may still choose to hit the cross field ball from this area, as we can see with the red-arrow in the image below, he is good under pressure and can hit closer, line-breaking passes. We can see how he sees his forward dropping deep to receive, and he obliges with a pass inside. 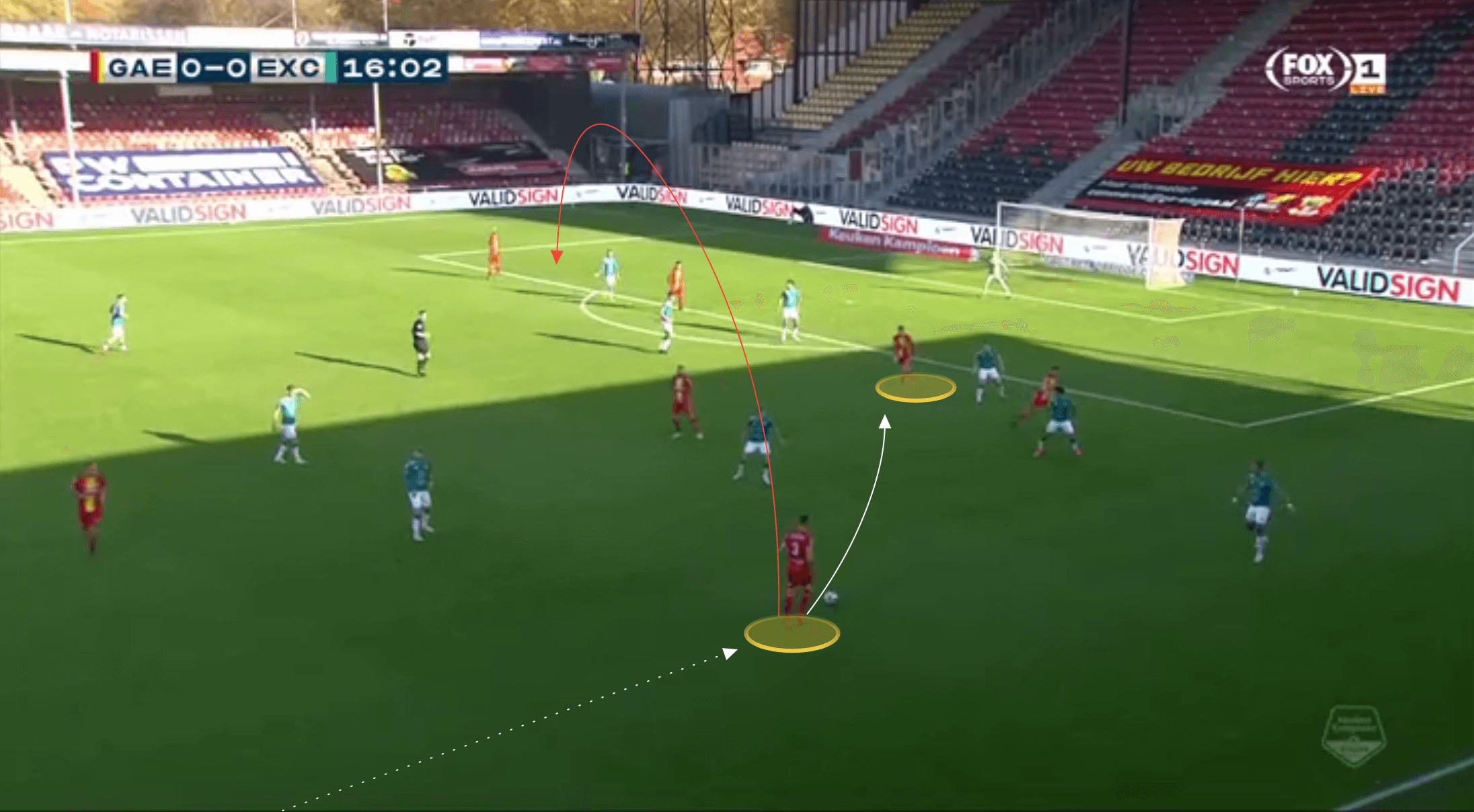 Beukema generally plays pretty quickly in possession, making his decisions in little time, and he has the technique and game-reading to go with this to make him an effective participant in build-up play.

Beukema is a positive ball player and will be aware of whether he can break the lines as soon as he receives possession. He often drifts wide into the half-space in possession where he can take advantage of the angle afforded by this position to hit passes immediately into the front line when he receives the ball. 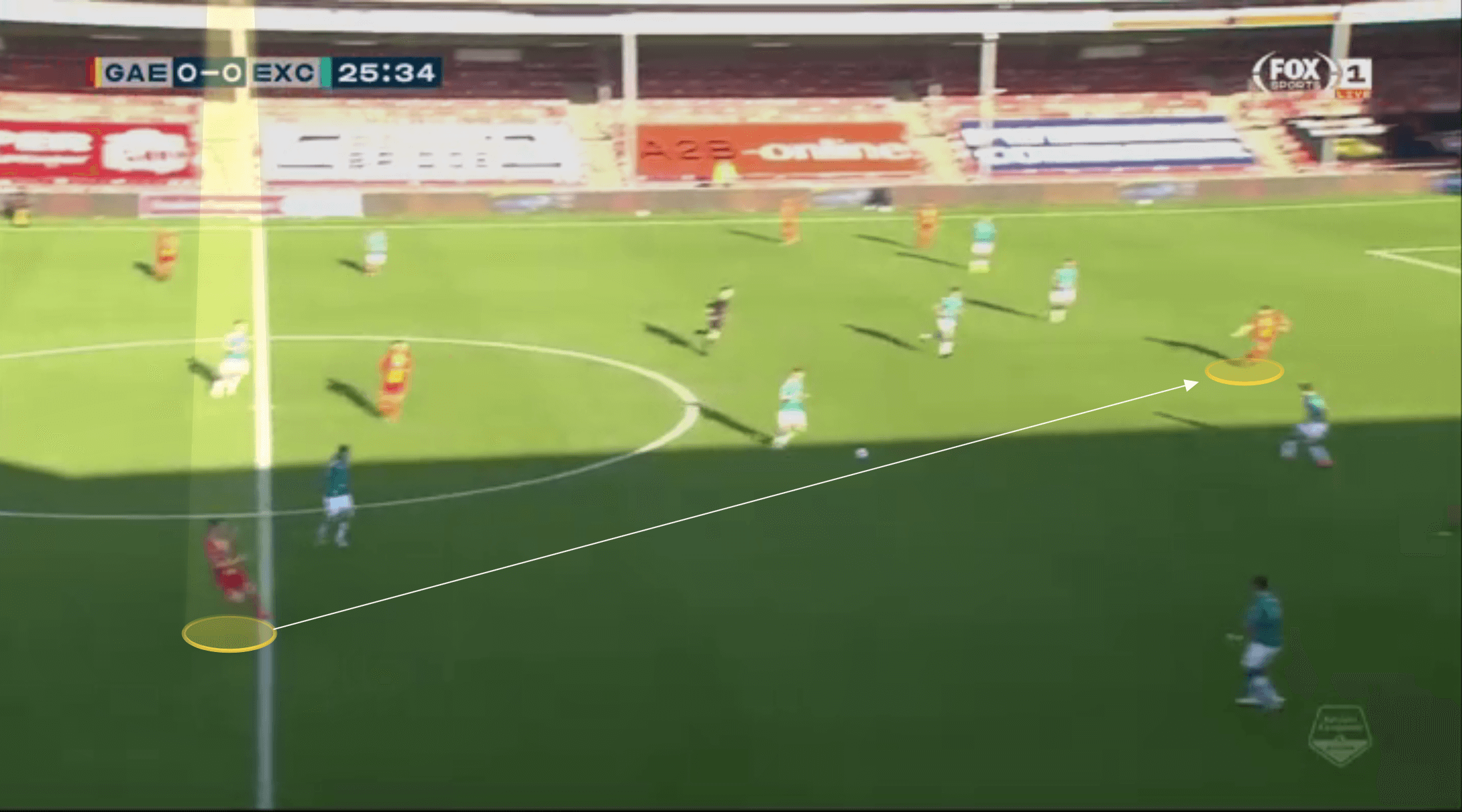 Beukema is predominantly right-footed and as such operates on the right side of the defence, where during build-up he pushes high as Go Ahead advance the ball, and continues to play an active part in their in possession phase right up until the ball is in the final third. 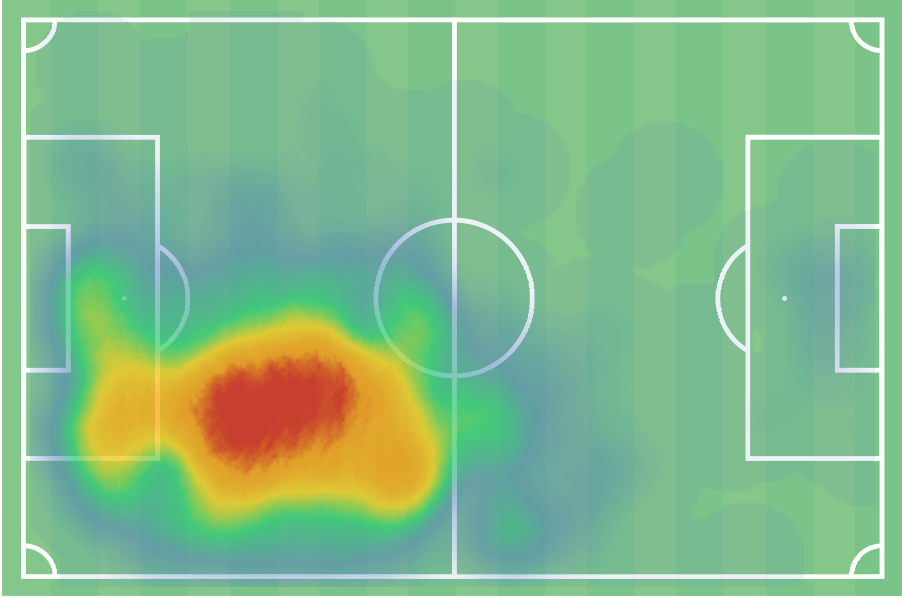 With his poise on the ball, and passing range, Beukema has the potential to be a centre-back who can dictate play more consistently from the back, potentially at the heart of a back three, but for now Go Ahead like to drop a pivot in between their centre-backs and have them split wider.

Beukema will at times push all the way out onto his right-flank, particularly when facing a high press, and in doing so his right-back can push up further whilst the pivot dropping into the centre will dictate possession. We can see this in the image below, but what we can also see is Beukema’s press-resistance in action. Despite being fond of a longer pass, he isn’t the type of player to hurry the ball up field in a panic but instead will continue to look to keep possession and find a pass whatever the circumstance. 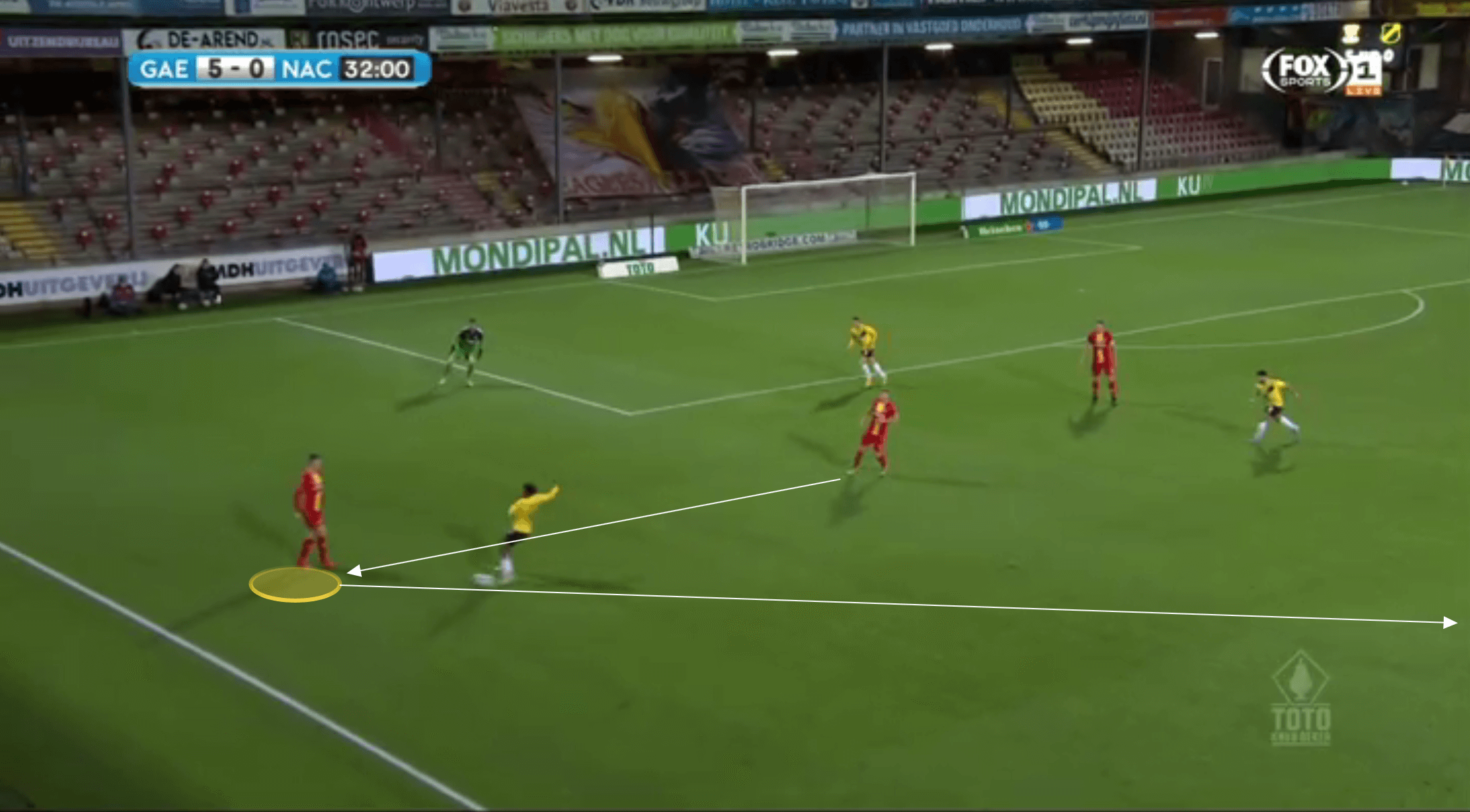 His confidence on the ball can mean he has the potential to play himself into trouble, and this is an area he must work on if he’s going to be a ball-dominant centre-back going forward.

Below we can see how despite being pressed intensely by two opponents he has the ability and calmness to cut inside, wrong-footing his closest opponent. 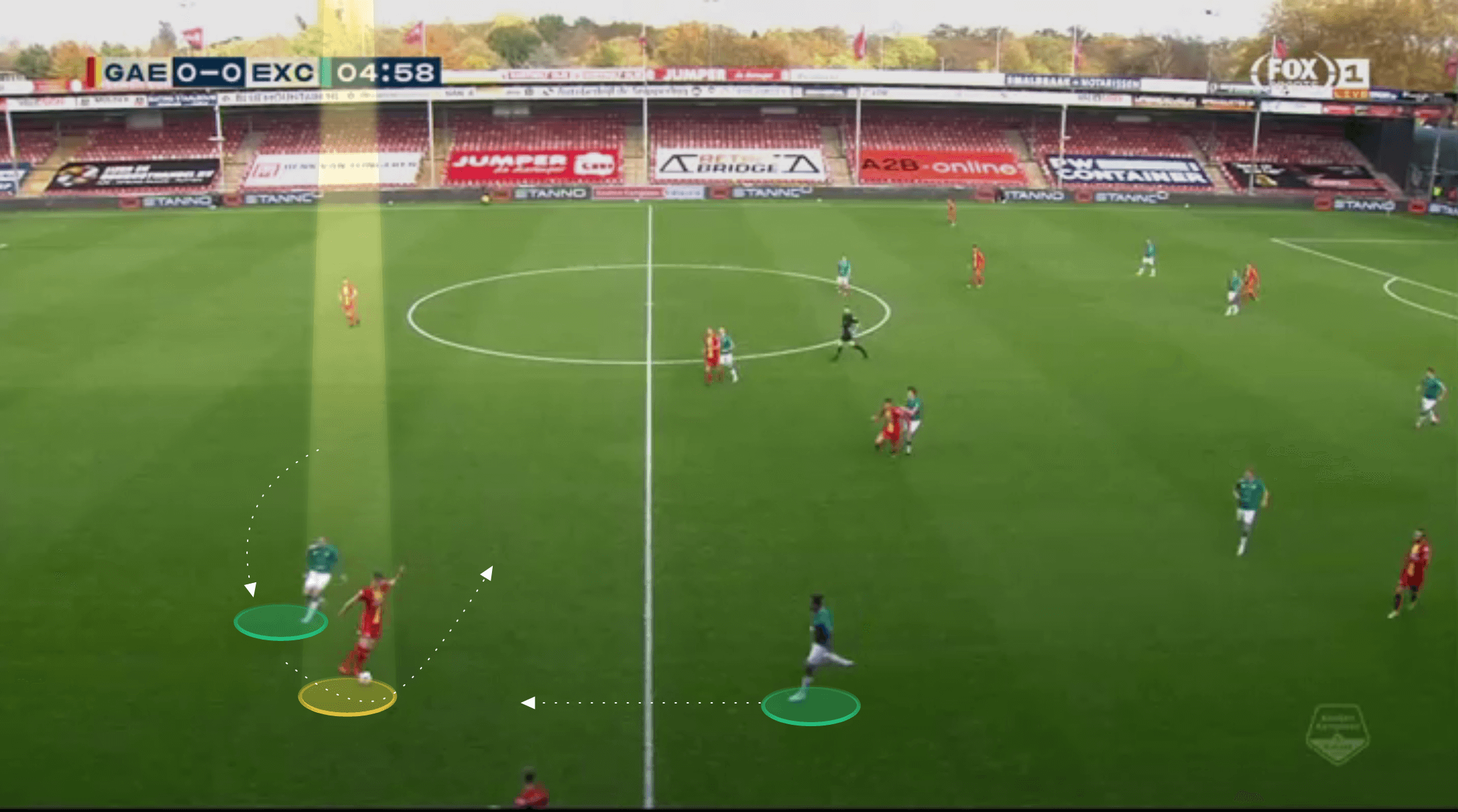 However, he underplays a dangerous lateral pass against this press, and as such gives the ball away in a poor position. Ironically it would have been far better to have played a diagonal ball to the opposite flank in this circumstance. 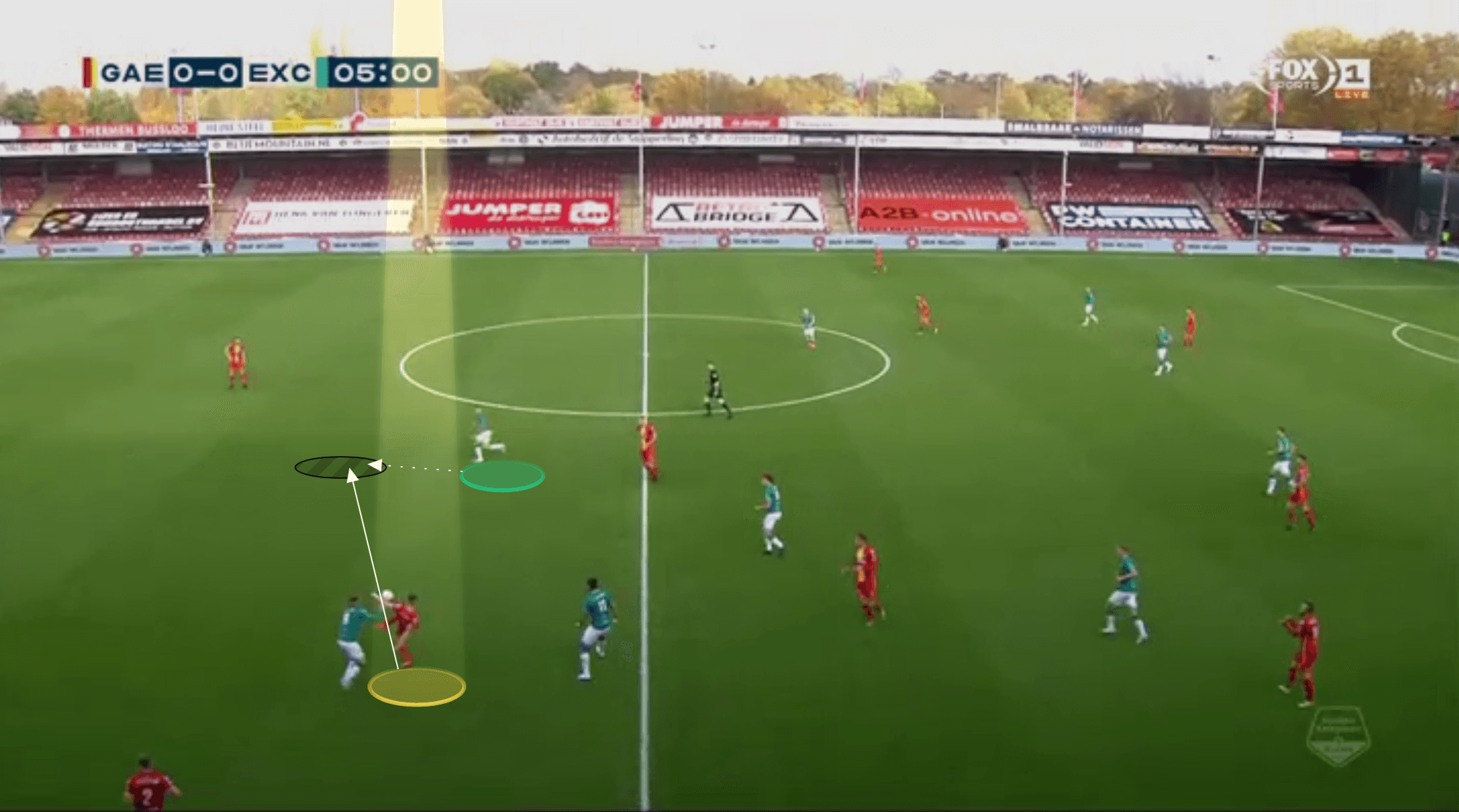 Beukema is terrific defensive talent, who has both an outstanding reading of the game, to go with his overall ability to dispossess opponents in defensive duels.

He is quick to react and stays close to his marker, rarely allowing them space to turn in possession no matter how far they drop into their own half to receive the ball. 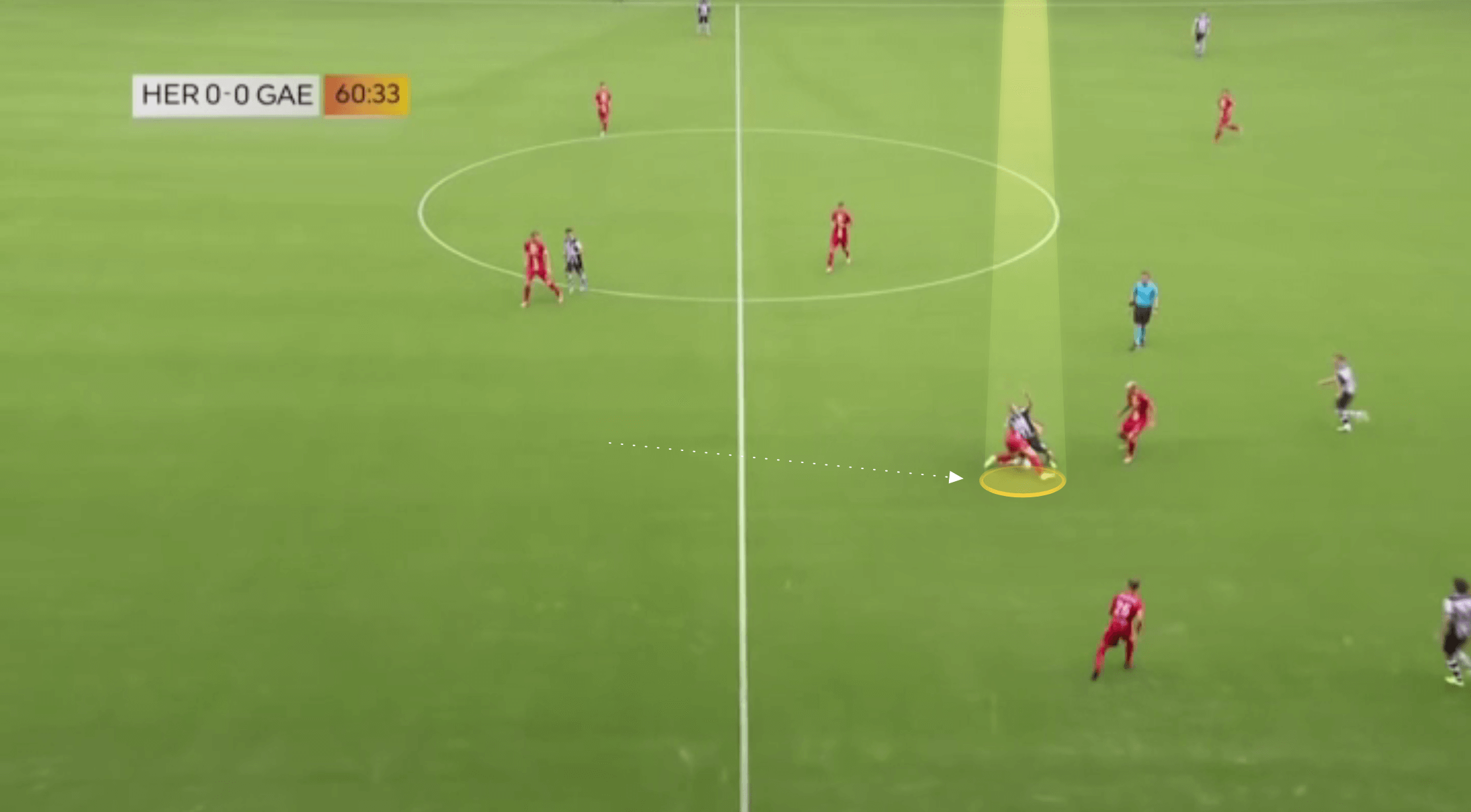 This, of course, can be a risky tactic, particularly against skilful or pacy forwards, and while he gets away with this frequently at Eerste Divisie level, he may need to be slightly more conservative in this area the higher he plays, and pass opponents on to his midfield in situations such as this.

Admittedly, otherwise, he is actually very disciplined defensively, and excels in 1v1 duels or even when overloaded against. Beukema is reluctant to dive in in these situations and does a great job of always showing his opponent away from goal, whilst waiting for the right moment to intercept possession.

We can see in the image below how he doesn’t get too close to the forward initially, inviting them to attempt to shift the ball past him, but inadvertently push the ball to a slightly more difficult finishing angle. 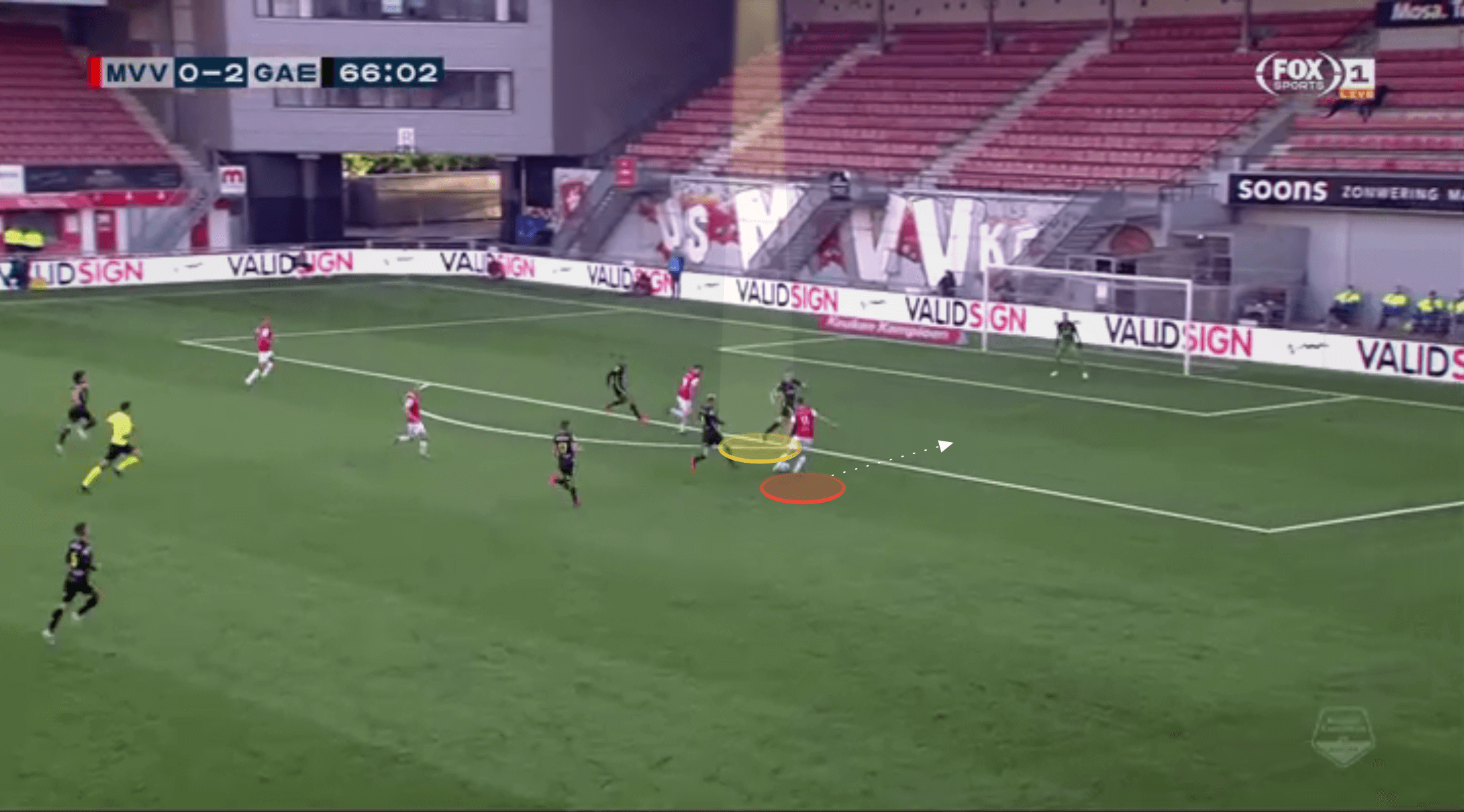 As the forward does this Beukema closes the gap quickly and times his last-ditch tackle to perfection, which is a theme that repeats itself too often in his defending for it to be sheer luck, Beukema has the ability to consistently make successful last-ditch tackles. 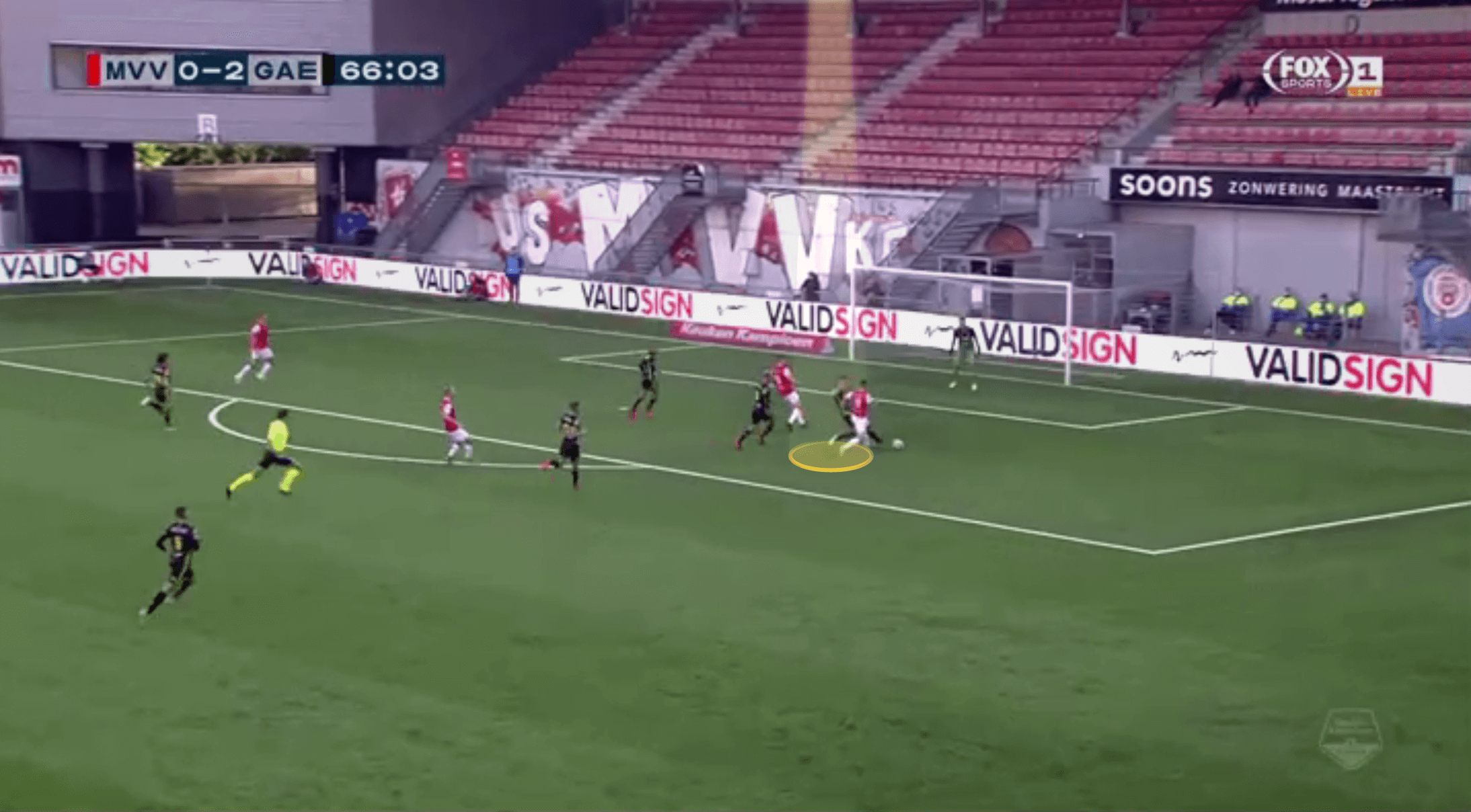 Beukema delays opponents well, always fully aware of the space behind him that could be exploited, so he doesn’t get pulled into attempting to make an early tackle to dispossess the opponent. 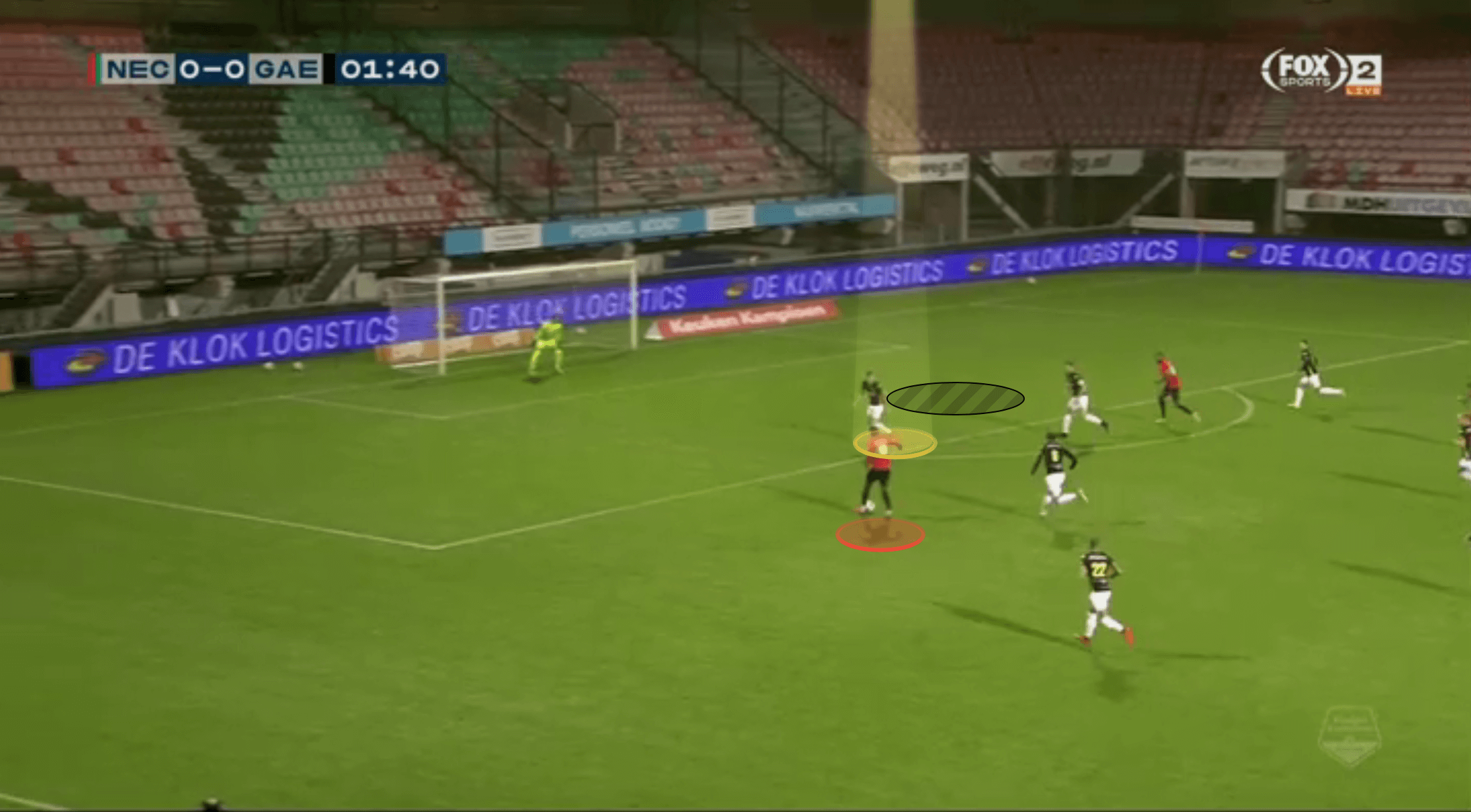 Instead, Beukema waits for the right moment to make a challenge, and should he not make the block or interception, his ability to delay the opponent allows reinforcements to drop in and support behind him. 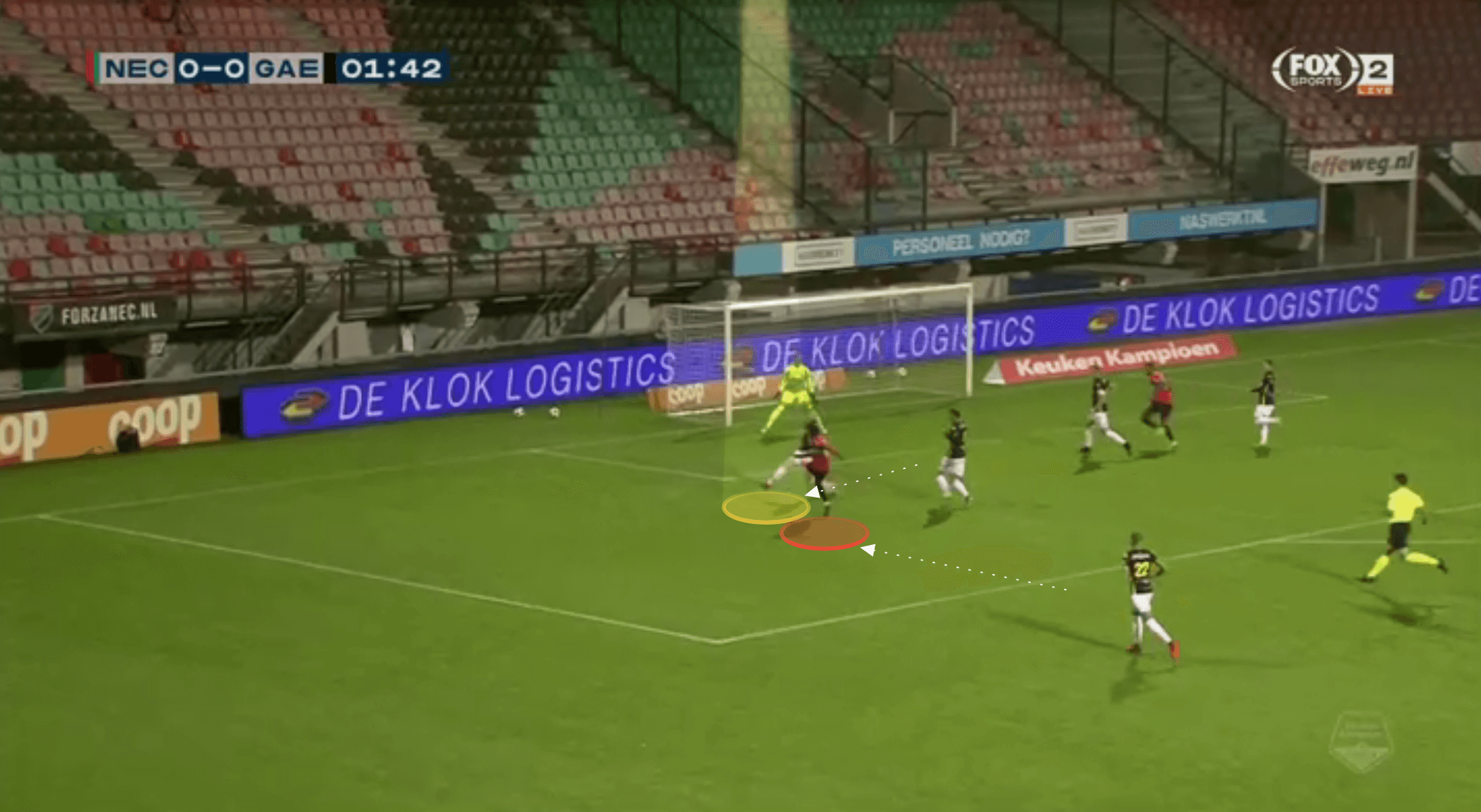 Beukema is quick too, both in a straight line and on the turn, and recovers well if he or his teammates are beaten with a ball over the top, by a quick forward, or through an individual error. 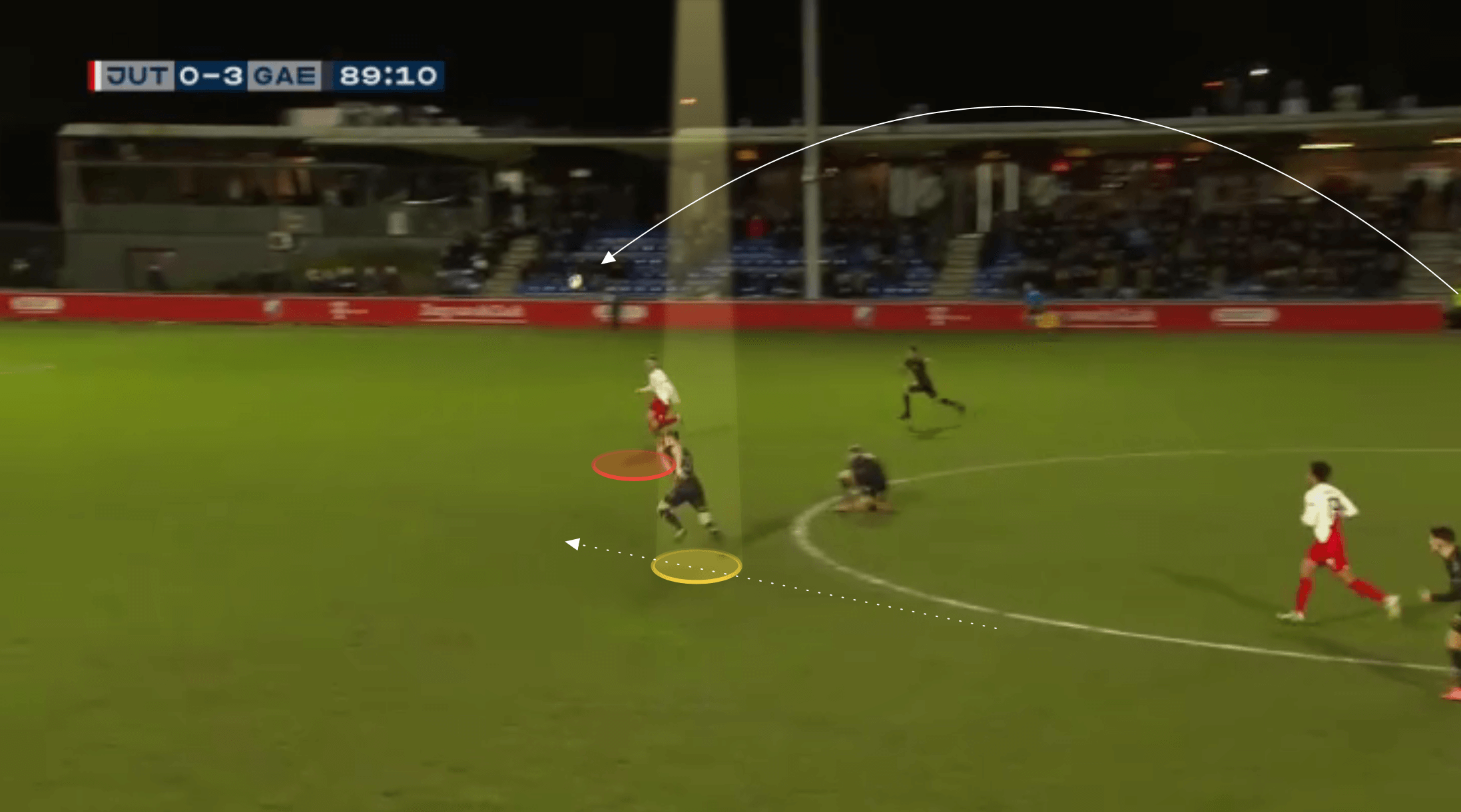 Again, in these scenarios, his ability to time his tackles and actually make these last ditch efforts is what sets him apart, and what doesn’t show in the data. 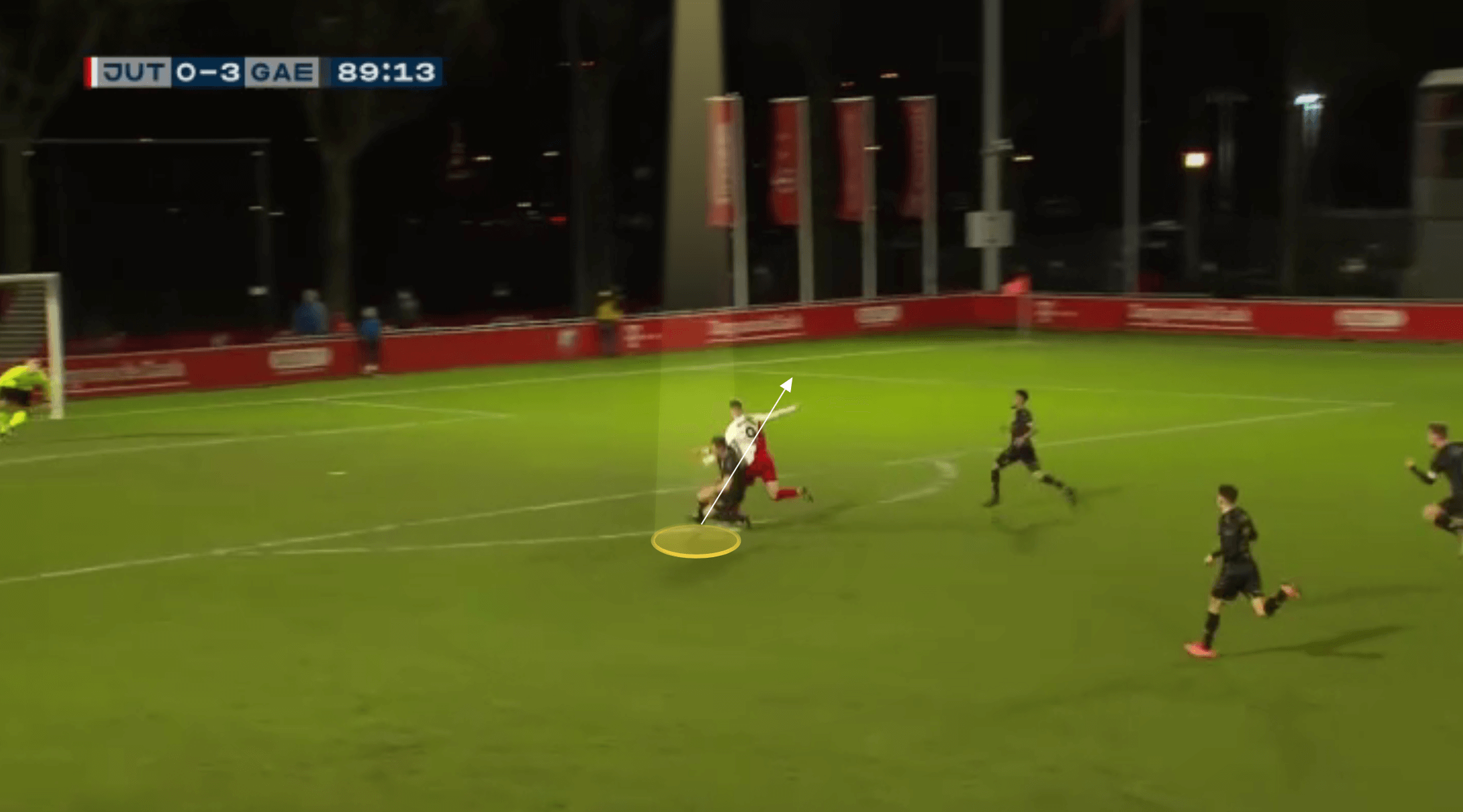 Beukema is a player with plenty of ability already, however, with his clear defensive prowess and potential to continue growing as a ball-playing centre-back, Beukema is a player with a high ceiling. Whilst he will likely be left to develop at Go Ahead for another season, it wouldn’t be a surprise to see him picked up by a side in Europe’s top five leagues in January, or certainly in the summer. He would be a fit stylistically for the Premier League and Bundesliga, possibly Ligue 1 too, whilst the likes of PSV, Ajax, and AZ will no doubt be monitoring his situation too.