Football and poker might seem like polar opposite forms of competition. Poker is a game of the intellect, based on skill and mathematics. Football, on the other hand, celebrates brawn and sheer bravery. Yet as different as poker and football are, they both have some surprising similarities. Both games require strategic, long-term thinking for success, rather than just playing in the moment.

Just like playing a game of football, poker is often said to be easy to learn but hard to master. The rules may seem simple, but there are experts who devote their careers to pouring over the nuances of both. In fact, some of the same categories of strategy that top poker players use can also be applied to athletes in football. This article will explore how different styles of poker play can be used in a football match. 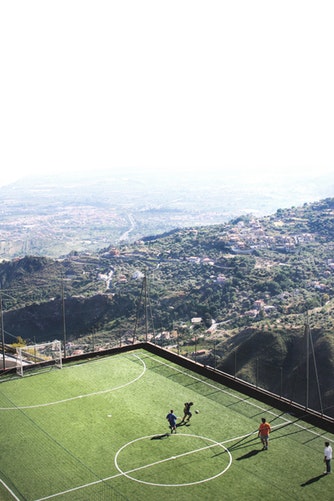 In poker, a tight strategy is used by a risk-averse player who only plays a small number of hands. In contrast, poker players with a loose strategy play many hands in order to take those big risks that can lead to big rewards.

These contrasting styles can also be seen among pro football players. In a recent Champions League match of Liverpool versus Bayern Munich, both styles of play were on display. Liverpool is managed by Jürgen Klopp, who emphasized an offensive style of play in the match — which is similar to a loose play in poker. Klopp adopted this loose tactic for good reasons: two of his best defensive players were out for the game. Klopp adjusted to these circumstances by using the risky 4-3-3 formation, which emphasizes an offensive approach from both forward and midfield strikers. Liverpool’s strategy allowed them ten shots at the goal in the first half. But these high level of shots came with risks: Bayern Munich’s Javi Martinez managed to get three interceptions.

On the other hand, Bayern Munich, representing a tight style, invested heavily in defence its primary goal to avoid being swept away by Liverpool. It fended off all ten of the shots against it. But it struggled to get the ball past Liverpool’s midfield. Overall, the match was a 0-0 tie. Perhaps if Bayern Munich had noticed the weakness of Liverpool’s defence and taken more risks, they could have won. 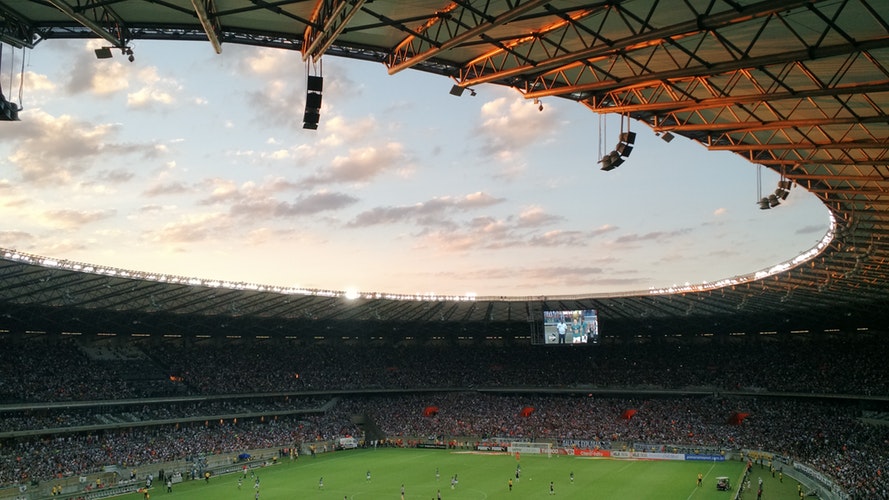 When it comes to opening pots and making bets, there’s two main styles of play in poker: aggressive and passive. As the names indicate, an aggressive style favors making big, dramatic bets and dictating how the competition plays out. In contrast, a passive style can best be understood as reacting to these big bets. It’s important to note that an aggressive style is not necessarily better than a passive one. They both have their strengths and weaknesses. An aggressive poker player may be able to win big, but at the risk of exposing him or herself to clever retorts by passive players.

The way aggressive and passive styles play out in football matches was recently demonstrated by a Man City vs. Arsenal game in the Premier League. Man City’s manager, Pep Guardiola, is known for giving his team an aggressive style. On top of this, Man City had just lost to Newcastle, so Guardiola was keen to stop any negative narrative about his team. Man City hit Arsenal hard with big, aggressive plays early in the game. The defender Aymeric Laporte even took on an offensive role and stole the ball from Arsenal. This allowed Man City’s famed striker Sergio Agüero to quickly score a goal with a header. This aggressive style of play led to two more goals on top of that from Man City.

Arsenal just wasn’t that good at adopting a passive style, and their defense never found a way to get around Agüero’s dominance on the field. Arsenal’s failure isn’t so much that they adopted a passive style of play but that they could not find a way to translate it into a point-scoring strategy. Their team, like Man City, is probably more suited to an aggressive style. When Arsenal got a set play to direct the ball themselves, they were able to make one score. The match demonstrated a rule applicable to both football and poker: know your strengths and weaknesses.

The TFA EPL Analysis Podcast: Half-Spaces and the Team of the Season