Xavi Simons: The former “next Messi” making waves in the Eredivisie – scout report

Xavi Simons was once touted as the greatest thing to come out of Barcelona‘s La Masia academy since Lionel Messi. The Dutch attacking midfield player moved onto PSG where he made his professional debut in Ligue 1. With limited game time with the star-studded first team, Simons has been racking up the minutes with the youth team.

Having left in the summer over a contract disagreement he has returned home to his native Holland where he signed for Eredivisie side PSV Eindhoven. Simons is on the hunt for more consistent game time and so far has found that. A bright start to the season with 3 goals and 2 assists already. If the Dutchman keeps this form up the buyback clause PSG have installed may be activated.

This scout report will provide a tactical analysis of how Xavi Simons is deployed by Ruud van Nistelrooy in his PSV team. It will be an analysis of the 19-year-old and the tactics used to get the best from him.

Throughout his short career, Simons has been utilised as a ’10’. So far he has played this position in all of his games for PSV. Simons is a small nimble player who loves to get on the ball. The ’10’ position, if set up right is perfect for someone of his ability. Along with this, Simons has also been deployed as a winger but also as an ‘8’ on occasion. His versatility and ball control allows for him to be a good asset in all these positions. 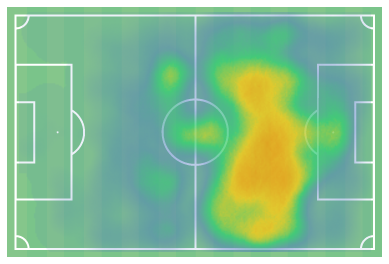 Simons often finds himself drifting into the wider channels to pick up the ball in half spaces. He is quick enough to act as a winger and also very direct once on the ball. At 5’6” tall and weighing 58kg, Simons is one of the slightest players in football. He uses his body well and ensures the ball is secure. Simons is aggressive and is no pushover despite his stature.

To put it simply, Simons is a joy to watch with the ball at his feet. He is a very naturally gifted football player who travels effortlessly in possession. He loves to drift through the game and find pockets of space where he can pick the ball up. By developing the ability to find space at the top end of the pitch, Simons is a threat to all teams.

His movement to play high on the defender before dropping deep into the space where he can receive the ball is what stands him out from other young players. Not only this, he is able to position himself well enough to create an obvious passing angle for his teammates. The lack of defensive responsibility for a ’10’ enables Simons to stay high during the build-up. 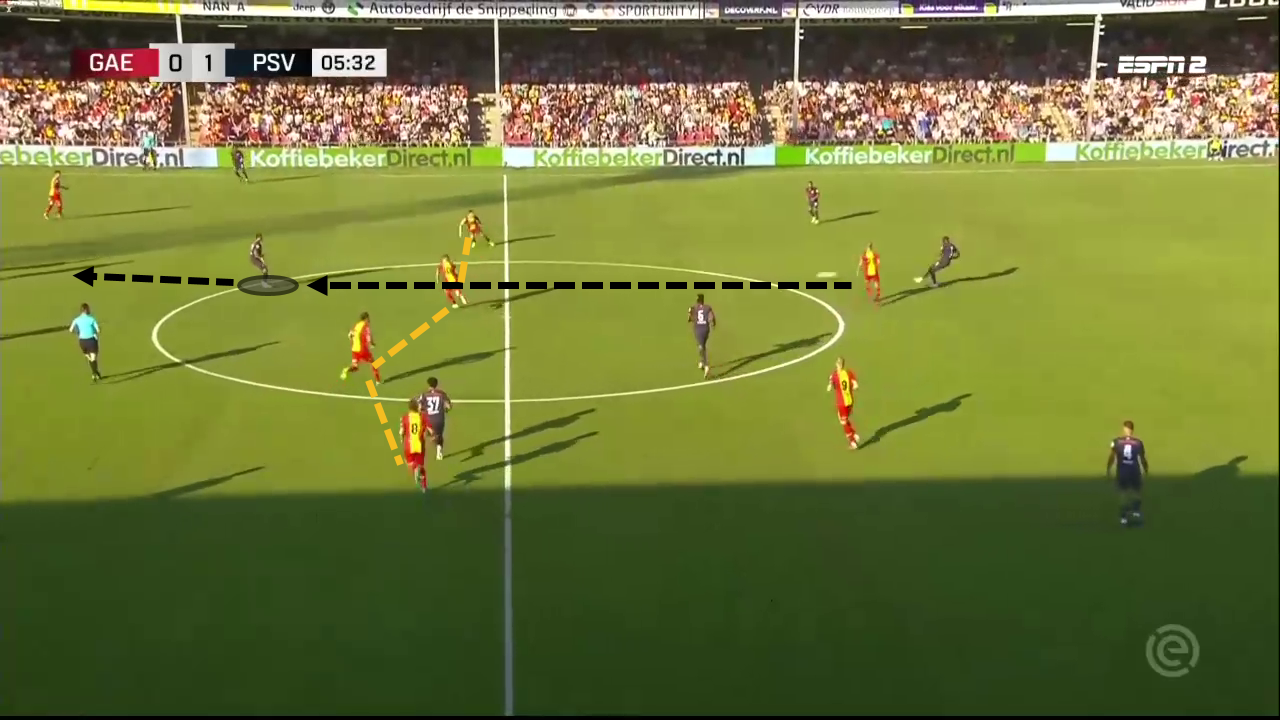 Simons positions himself well so that he Is difficult to mark. He plays between the lines as a traditional ’10’ should. Not only this but the Dutchman also loves to combine with the Striker. Simons is quick to anticipate when a combination could come off and plays alongside the number 9.

As all good ’10’ do he has formed a great understanding with PSV front man Luuk de Jong. Simons and de Jong combine well and understand each other’s movement. The height of de Jong compliments Simons’ play style. 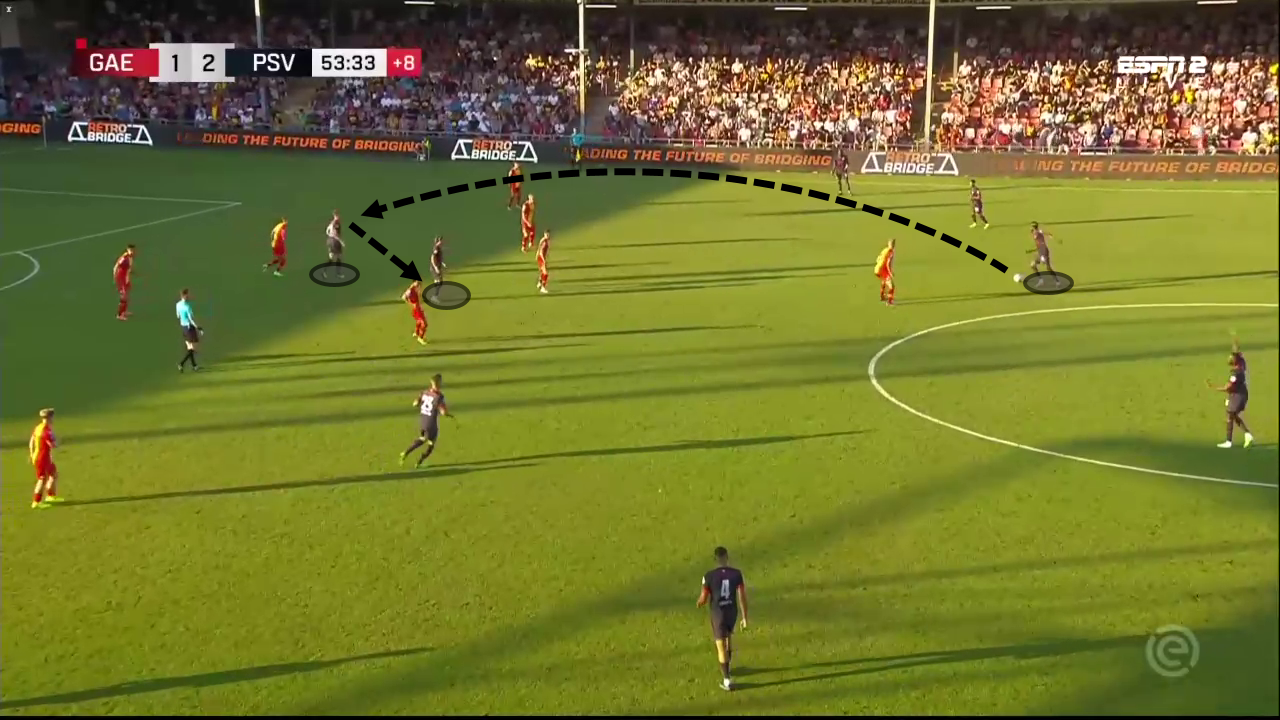 The close gap between striker and ’10’ means that effective combination play can take place. It gives PSV a good way of progressing forwards as they have good central dominance with two assertive forward players.

Simons’ first goal for PSV came from a wonderfully worked piece of combination play with a teammate around the top of the box. The fast thinking and movement from Simons is what made the goal, as well as the composure to take it around the goalkeeper. Below you can see the move in progress as Simons plays a quick one-two with his teammate. 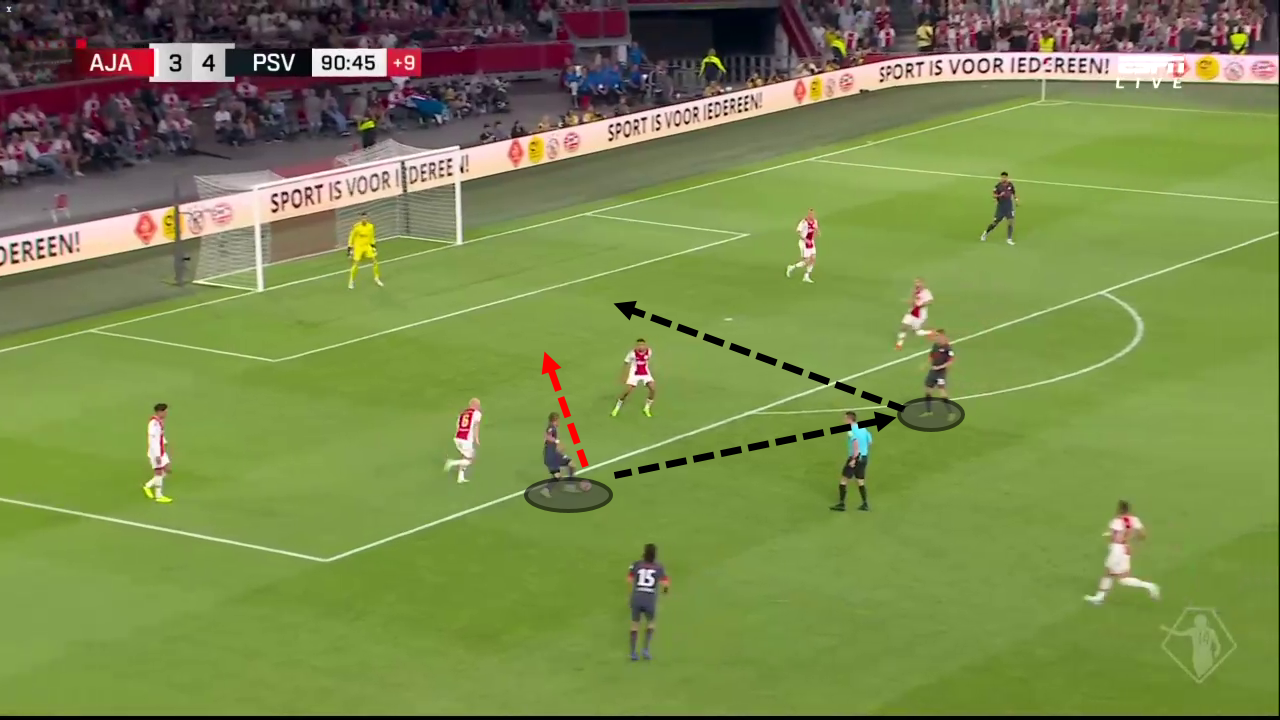 His quick combination play is something that he excels in as he never stands still to admire his pass. Simons quickly looks to make a move and affect the game in another way. As a ’10’, combination play is up there with the most important attributes to have and for Simons to have this at such a young age is only going to benefit him and his team.

Below is a pass map of Simons’ passes into the penalty area against Go Ahead Eagles, as you can see he completed all 5 of his passes. He is great at linking play around the box and slipping in teammates. His short passing is really penetrative and he can easily cause opposition issues. 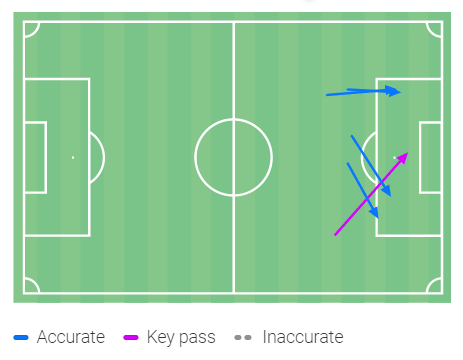 With the pressure of opposition midfield players closing down the space, Simons cleverly opens his body up and receives the ball in motion. This allows him to accelerate away and into the space behind him. By avoiding the pressure Simons is able to link up play from the defence to the attack whilst relieving his team of pressure. 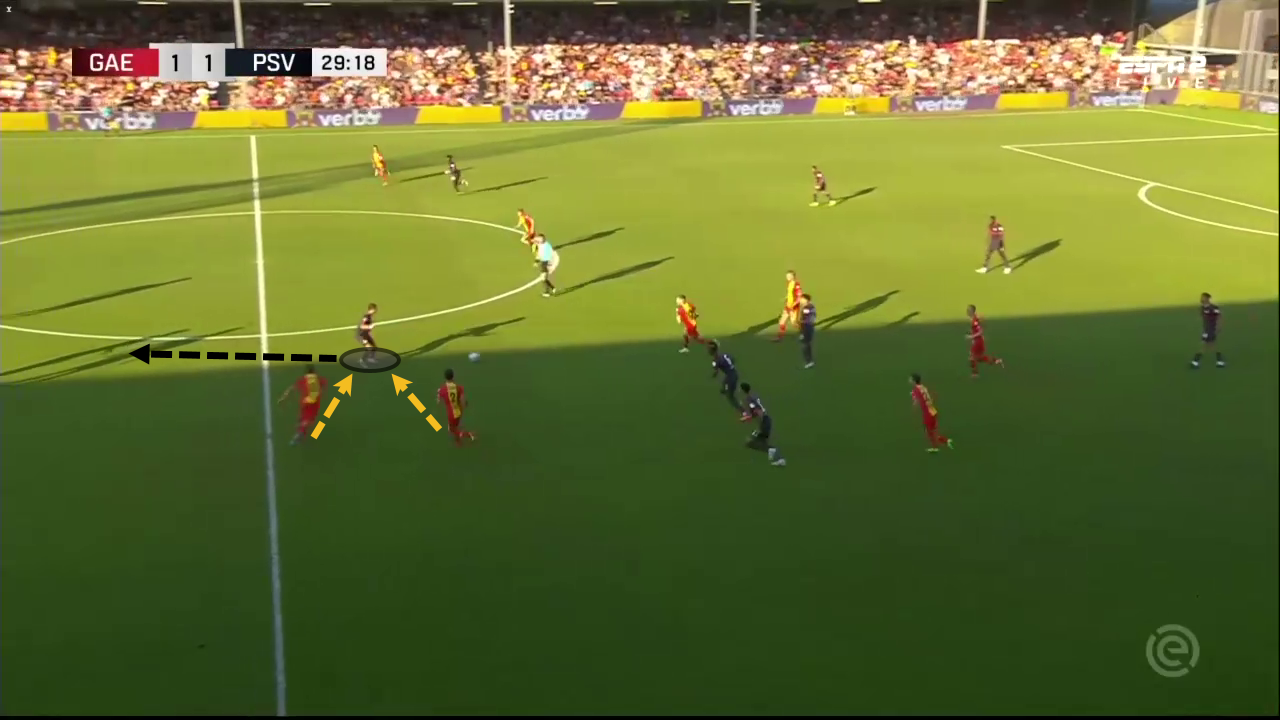 When the game is getting away from him, Simons looks to get involved in the game. To do this he drops deeper to receive the ball from the defenders. By doing this he looks to speed up the ball and progress the ball forwards quicker than it has.

As mentioned he is very comfortable on the ball so picking the ball up deeper is of no danger. He loves to spread the play with cross-field passes when under no pressure. He wants the game to progress and move forwards. He knows his role well and when to drop deep to speed play up. 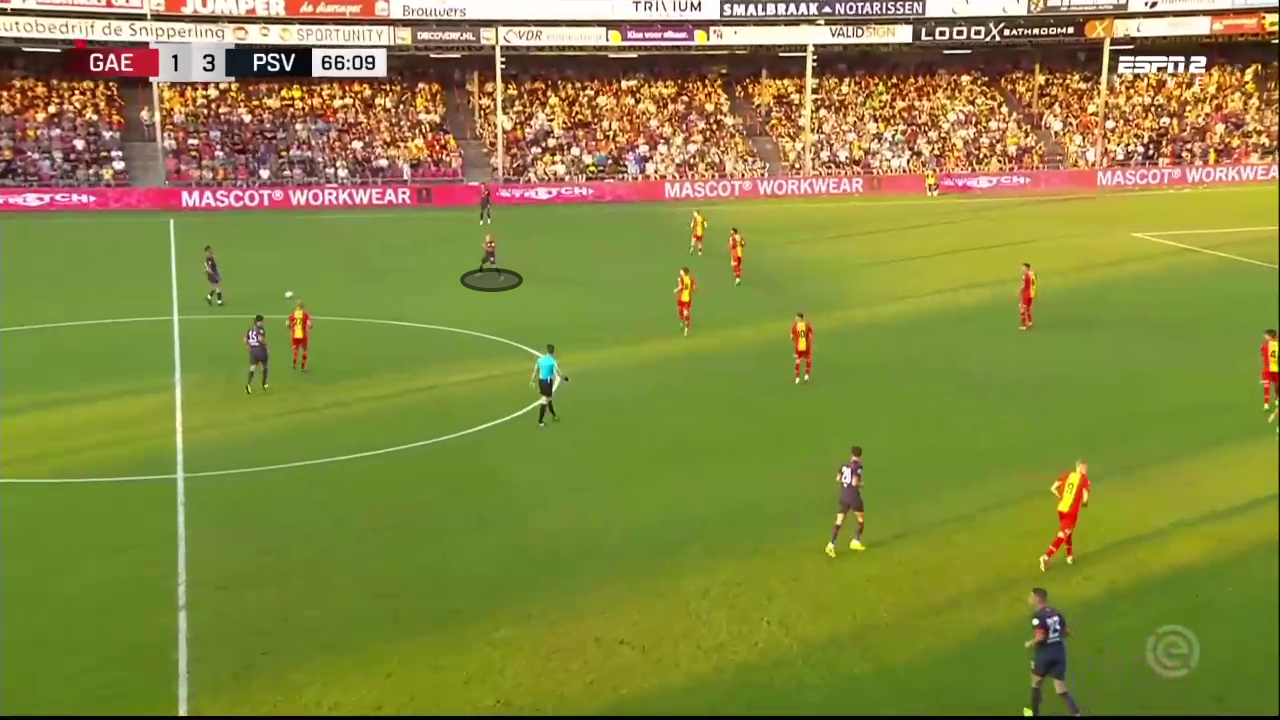 At the business end of the pitch, Simmons is very tidy with his finishing. He is composed in and around the box making him a threat to the opposition. His role is usually to provide assists and create chances but he has chipped in with some goals. A good finish following a ping pong moment in the box shows his positioning and ability to control the ball.

Below is an example of how sharp and clever Simons is. In this passage of play, he readjusts his run a number of times to ensure he remains onside whilst also pulling away into space. His body shape and positioning ensure he has a perfect view of the defensive line and the man with the ball.

Once the ball is played he is able to accelerate quickly into the space before calmly slotting it past the goalkeeper. His off-the-ball movement is something which is already of a high standard and is only going to get even better. Being without the ball whilst in possession is something which happens a lot for someone who plays the ’10’ and Simons is able to understand his role and not get frustrated. 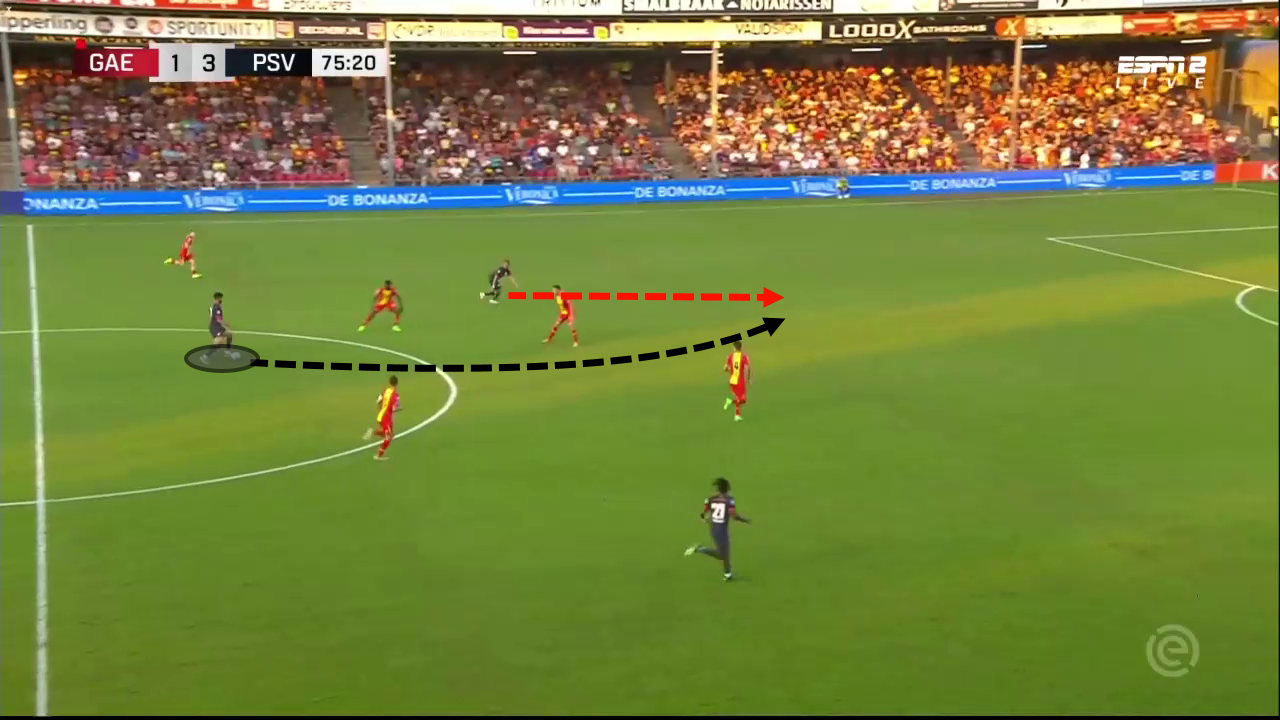 Furthermore, Simons is sometimes a bit too conservative when it comes to playing the ball forwards. He often plays the ‘safe’ option and keeps possession which in the long term may be a good thing as his team build-up. But playing as a ’10’ means that risk-taking is part of the role and riskier more difficult passes should be played.

An example of where Simons could’ve opened up the opposition with a forwards pass is below. He chose to play the ball wide to an unmarked layer rather than play the riskier pass. All be it this is a harsh criticism, but the best creators play these passes and it is something he will have to do if he wants to reach the top. 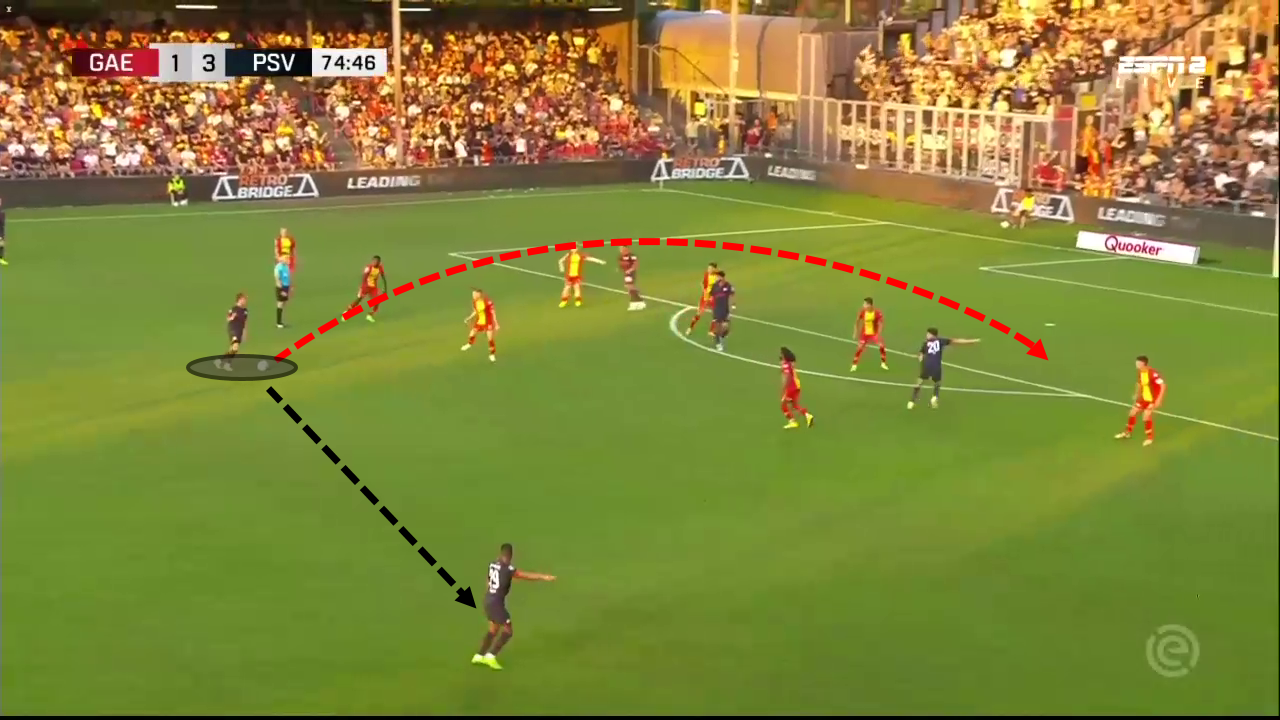 Off the ball, Simons works hard to give his team the best chance of regaining the ball. He is a fighter and is strong in a challenge. Along with this, he is quick to anticipate the passage of play and press. He is already in a full sprint before the ball is even halfway to the goalkeeper. His speed allows him to cover a lot of ground and press the opposition hard. 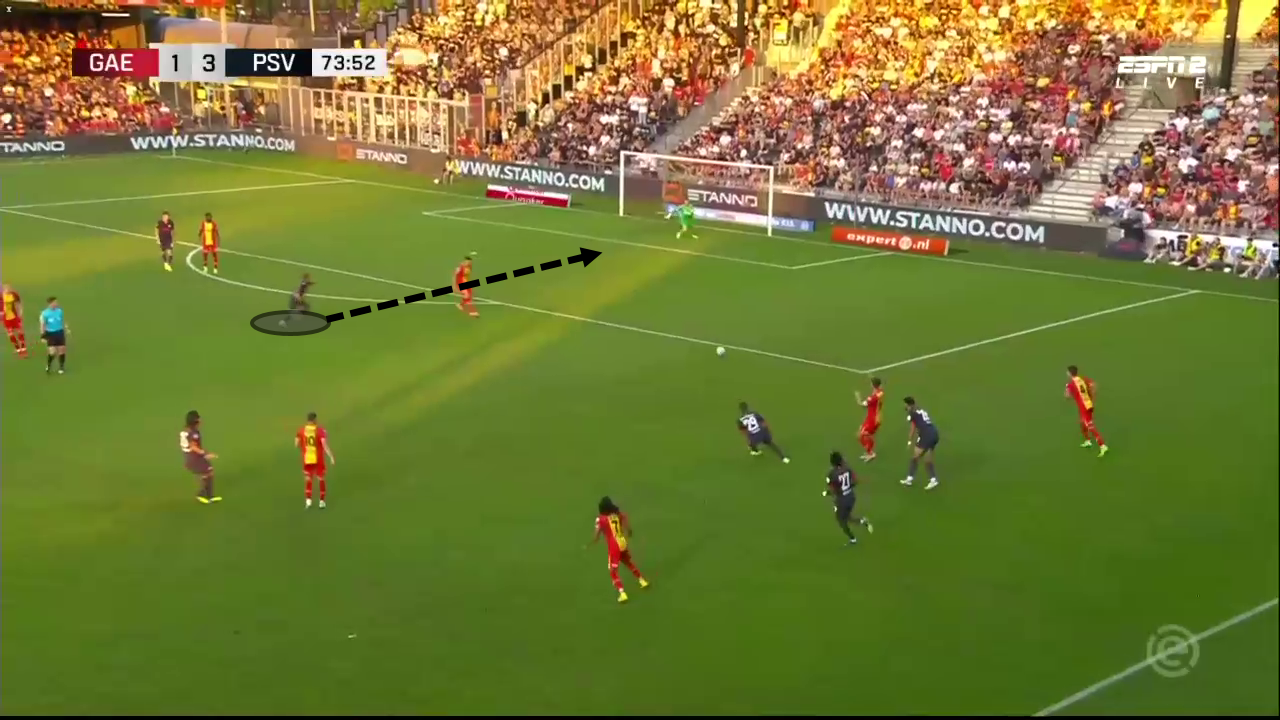 Along with this he has been somewhat defensively disciplined and helps to regain a defensive shape. He works hard into the midfield and covers any space well. Here you can see him winning a header in his own box showing he is willing to track back and work for the team.

Sometimes players run past Simons and he doesn’t track them this is something he needs to be wary of as it could cause trouble to his teammates. His understanding defensively will come with maturity and match experience. 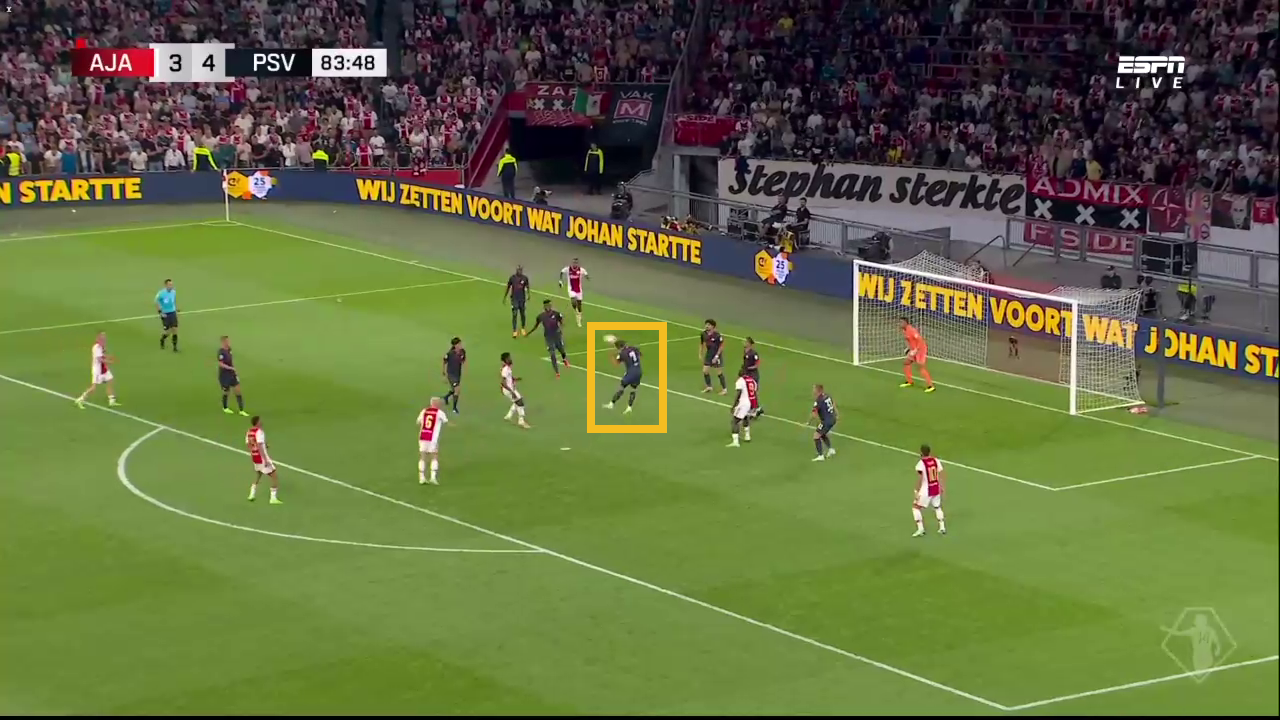 To conclude this scout report, Simons has made a bright start to life back in the Netherlands and will look to continue this across the season. He made a statement by leaving PSG in the summer and hopefully it bring him opportunity and success. This young PSV side will be competing hard across the season for the league and also cup competitions.

Simons will make an impact in every game he plays and if he remains dedicated then there is no reason as to why PSG wouldn’t active their buyback clause for the playmaker.