After finishing as runners-up at their last major international tournament, the 2019 Women’s World Cup, the Netherlands will this summer turn their attention towards continental matters, as they aim to defend their Euro 2017 title. This will also be their first major tournament since former Portland Thorns manager Mark Parsons replaced Sarina Wiegman, following the latter’s switch to take charge of England last year.

There have not been many squad changes since 2019, with Arsenal Women striker Vivianne Miedema, Bayern Munich Frauen forward Lineth Beerensteyn and Barcelona Femení winger Lieke Martens all still regular inclusions. However, younger and newer players are also being given opportunities to shine, such as Ajax Vrouwen’s 22-year-old midfielder Victoria Pelova. This tactical analysis will look at why Pelova could be one to watch this summer, with a focus on her ability to work with teammates, her final third play and her defensive qualities, all of which have made her an essential part of the Ajax team.

Ajax Vrouwen’s tactics revolve around keeping the ball on the ground and putting together long sequences of passes, which leads to plenty of attacking opportunities. However, this style of play only works if there is good teamwork and communication between all players.

Victoria Pelova is good at both, constantly dropping into holes during games and helping her team to maintain possession through her link-up play, and her 76.9% passing accuracy highlights how moving the ball around the pitch is one of her strengths. Creating these shorter passing options also means that there is less distance for the ball to cover whilst moving around the pitch, making it harder for Feyenoord Vrouwen, in this case, to intercept it.

As for the effect of Pelova’s positioning on her teammates, it allows the attackers to stay higher up the pitch and occupy opponents, whilst the defenders can remain further back and focus solely on not leaving any spaces open, so it benefits everyone when the 22-year-old gets into these areas.

Her movement is just as crucial when the ball is in her own half, as this example shows. VV Alkmaar’s Ginia Caprino, wearing number two, is pressing the Ajax defender, and the obvious way to relieve this pressure is by passing to Sherida Spitse, as indicated by the yellow arrow.

The problem is that Alkmaar’s Sanne Koopman, in the blue circle, is in a good position to intercept this pass, so Pelova moves towards the ball and forces Koopman to go with her, as she assumes that Pelova will receive the ball instead. However, this is just Pelova being clever, as the ball does travel towards Spitse, but Koopman is no longer in a position to intercept it, instead having to curve her run. Therefore, again, we can see how Pelova’s awareness gives her team time and helps them to keep possession in difficult situations.

Another key aspect of Ajax’s tactics is to get numbers forward in attack, ensuring that they maximise their opportunities in front of goal, and this situation demonstrates one way in which this happens. Midfielder Nadine Noordam, another to have recently been called up by the national team, has the ball in the middle of the Alkmaar defenders, who are all looking to close her down. There are two players ahead of her, who would be in a position to shoot at goal, but there is a strong possibility that the ball will be lost here.

That is where Pelova and Eshly Bakker come in, with both currently behind Noordam, as shown by the white line. Their role here is to provide her with support and to not allow Alkmaar to gain too much ground once they have possession. In effect, this gives Ajax three lines of attack; the front two, the attacking midfielder, and the two protective players behind, and this is not a setup that we see many teams use. However, it demonstrates from Pelova’s point of view that she fills in wherever needed, even if that is only in a supportive role, and that is another reason that she will be key for the Netherlands at Euro 2022.

In the final third

Both Mark Parsons and Ajax Vrouwen boss Danny Schenkel see Victoria Pelova as a player who is at her best when in their final third, and the next section of this analysis will explore why they share this view.

As we already know, Pelova has a good awareness of her surroundings, and this comes into play here as well, with her ability to link up with teammates enabling the ball to be moved around at speed. The key thing to mention here is that, no matter who is ahead of Pelova in these situations, she always does the running, whilst the pivot player occupies any opposing defenders in the vicinity and prevents them from closing off the spaces.

In this example, Noordam is the pivot, but it is more common to see forward Romée Leuchter combining with Pelova, as she is Ajax’s target player and the one who generally leads their line. The speed at which these moves happen has led to plenty of opportunities being created, and we can see how Pelova is central to that.

Ajax this season have posed a huge threat from corners, with a well-rehearsed routine that forces spaces to open up in the goal area. The first move sees one player receive a short corner and draw the nearest opposing defenders out of line, before another player then receives the second pass further inside the pitch, just as Pelova has done here.

From these areas, they can then exploit the spaces that have been left open by the defenders losing their shape, and Pelova ends up scoring from this opportunity. She has only netted twice in the Vrouwen Eredivisie so far this season, which may raise questions about her shooting ability, but the reason for these low numbers is that she doesn’t usually get into areas where she can shoot at goal, having only touched the ball 13 times inside the penalty area this season. Instead, she likes to build attacks and take on a more creative role, and it is often her who goes to receive the short corner in these situations.

Pelova mostly floats around the central and half-spaces, looking to create problems for opponents, but she is also capable of playing on the wing. Her aforementioned awareness once again comes into play when in this area of the pitch, as she is constantly alive to what is going on around her, looking to see where she can move the ball to. If there are no options available, she is also capable of holding onto the ball and waiting, and this makes it harder for opponents to defend against Ajax, because they can’t predict when the ball will be crossed in.

Her crossing accuracy of 38.9% might imply a lack of precision from her when putting balls into the box, but the reason for this number is actually because she doesn’t find herself in these areas of the pitch that often, as with the previous image.

Whilst she is normally an attacking player, Victoria Pelova can also play in defensive areas of the pitch, adapting and using her individual qualities to help her team out when they are under pressure.

When opponents have the ball, Pelova constantly looks to get tight to them, limiting their thinking time. Twente Vrouwen are looking to break through the Ajax defence here, but Pelova has come across to block the run and end the threat, and what makes this particularly important is that she is the last player between the ball and the goal. Therefore, her awareness and speed was crucial in preventing what could have been a goal.

This is not the only time that Pelova has successfully closed her opponents down this season, with Mexico forward Anika Rodríguez passing out of play after being squeezed towards the wing during PSV’s trip to Ajax, so it is a common trait in the Dutch international’s individual play. In fact, she has won 70.8% of her defensive duels this season, so it is evident that she instantly turns her thoughts to winning the ball back whenever it is lost, and this is another reason that Ajax play well whenever she is on the pitch.

When the situation is not quite so perilous, Pelova tends to once again position herself between opposing players, though this time she doesn’t look to close the ball down. Instead, she dictates where her opponent moves the ball to, and where she stands to do this is clever. By staying back here, she puts herself in a position where she can make a tackle attempt once the ball has reached the player in the red circle, and this takes time away from PSV, in this case.

As a result, the other Ajax players can move into position behind her and decrease the space available to the attackers, with this situation not leading to anything. Again, Pelova’s defensive positioning has been essential in this being the case.

We have already mentioned how Pelova is calm when on the ball, and this helps when in her own third too. Ajax have regained possession from PSV here, and are now looking to play the ball out of danger. We know that they keep the ball on the ground, so Pelova instantly looks for a teammate near her when she receives it, again waiting for the right moment. The other Ajax players know that, as soon as Pelova receives the ball, they need to create passing options, and we can see how there are players already running into spaces to do just this. Again, Pelova’s accuracy and timing are key here, and this is yet another reason that she is just as important in defence as she is in attack.

In conclusion, this tactical analysis has shown that Victoria Pelova is a player with lots of attributes that benefit her club and country. We have analysed her ability to work with teammates, her qualities in the final third, and the way that she helps out defensively, all of which have indicated her versatility and ability to play in whichever role she is needed in, even being able to switch between them during games. After watching her play at the age of 19 in a youth match, one analyst noted that she was “one of Dutch football’s brightest hopes”, and the points made in this scout report have proven that she is someone that Dutch fans can put their faith in this summer, as they dream of a second consecutive European title. 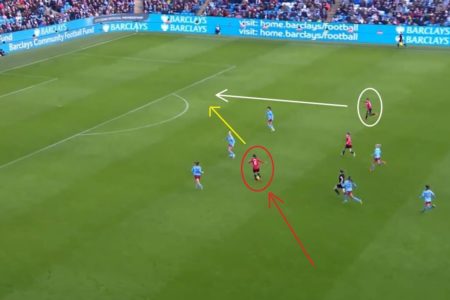 When Sarina Wiegman led England to Euro 2022 success at the end of last summer, many Lionesses fans felt that […] 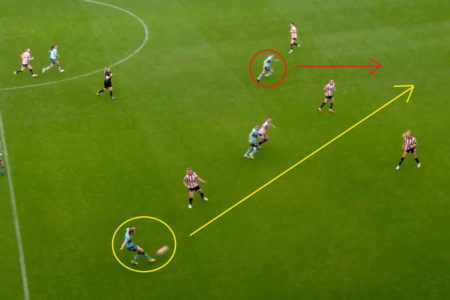 “We want to be a WSL club”: Why the sky is the limit for Southampton after a strong start to life in the Championship – tactical analysis

Whilst the men’s World Cup will of course take centre stage for football fans over the next month, with the […] 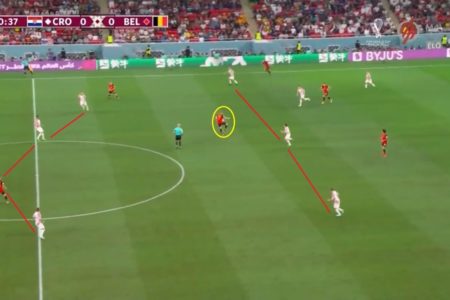 FIFA World Cup 2022: Why Croatia’s quarter-final meeting with “terrifying favourites” Brazil is shaping up to be an even affair – tactical preview

As World Cups go, this will undoubtedly be one that many will remember for reasons both on and off the […]