Located on the western edge of the Black Forest, SC Freiburg have won the hearts of many football fans. With a lack of funding in comparison to the likes of Schalke, Bayer Leverkusen and even VfB Stuttgart, Freiburg have spent just one season in the 2. Bundesliga since 2009.

With an emphasis on youth development, Christian Streich has helped establish the club at the highest level, coaching the team in two Europa League campaigns which is a huge feat for a 220,000-populous city that hosts SC Freiburg in a 24,000-seater stadium.

The Freiburg side that held Borussia Dortmund to a 2-2 draw this season had an average age of just 25,3 while perhaps what’s more impressive is the fact Streich fielded just three foreigners.

One of those players is Caglar Söyüncü, who looks like the next potential star ready for a big money move with Premier League club Arsenal interested. With a rumoured €30 million fee, let’s look to see if the Turkey international is worth that.

One trait that Söyüncü possesses is pace which is becoming important as a central defender, especially if you’re playing in a back three just as Freiburg have done for most of the 2017/18 campaign.

With Arsenal yet to announce Arsene Wenger’s successor, it’s unclear as to how they will set up next season. Something that was tried and tested this season was a three-man defence which didn’t work as well as hoped.

However, Söyüncü is equally adept at playing on the left or right of a back three, which allows him to play a cover role due to his pace, as we see below. 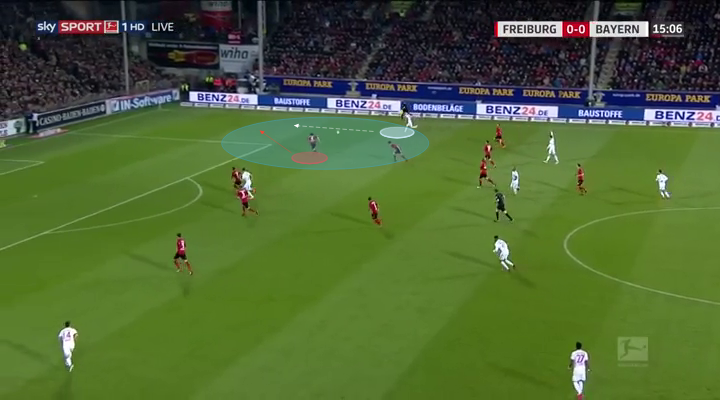 There’s been situations this season where Söyüncü has been prone to a mistake when under pressure, but here we see that he’s recognised the situation, with Bayern Munich have a man over after Freiburg’s LWB had pushed forward. 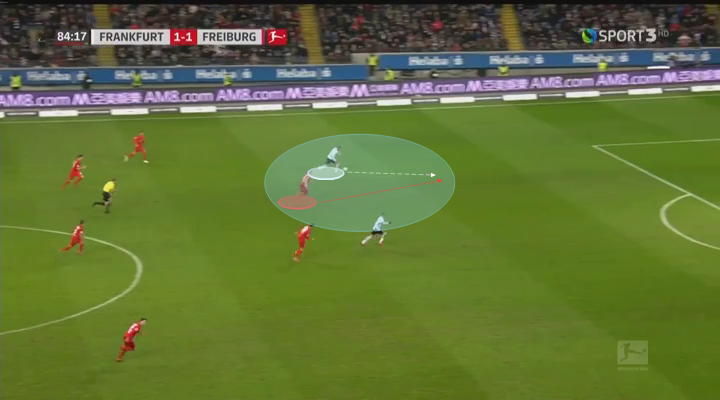 With Söyüncü’s acceleration, Streich can afford to play a higher line than some defences allow. Here we see the Turkey international make up for a lapse in concentration trying to play the offside trap, showing exceptional pace to not only get himself back into position, but to also clear the danger.

Against Hannover, we saw Söyüncü play on the right side of a back three which showcases his versatility. Söyüncü shows his ability to be able to read the game, cutting out the pass and winning the ball ahead the opposing striker before bringing the ball out of defence and drawing the foul. 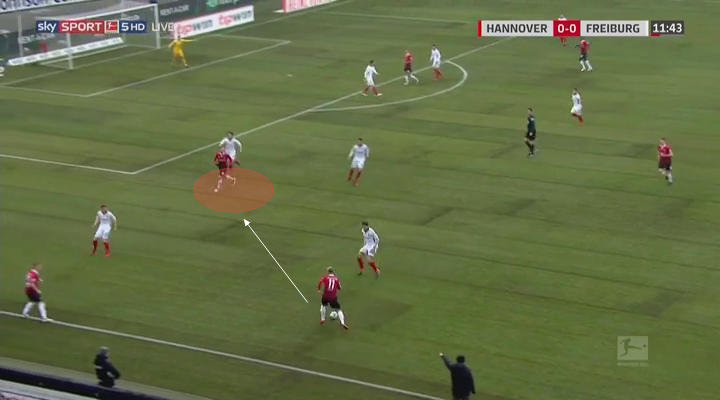 But for everything that Söyüncü does right, you can’t help but see a mistake in him. At 21, he is young but it’s something Arsenal can’t afford to take a risk on, given Per Mertesacker is retiring and Laurent Koscielny is not getting any younger.

The Gunners already have a young defence with Shkodran Mustafi potentially being the only experienced central defender in the Arsenal squad next season and although Söyüncü has been an important player for Freiburg, Arsenal can ill-afford to take a risk.

Here we see Söyüncü caught out of position. A disjointed back three not only allows Guido Burgstaller wide open to double Schalke’s lead, but it also leads to a potential 2v1 situation at the top of the picture. 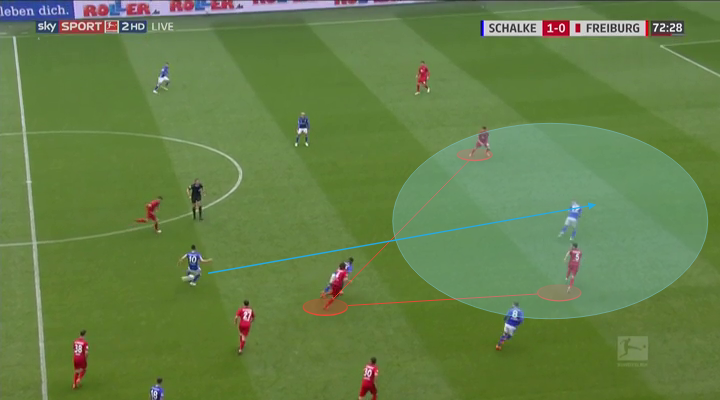 Like Arsenal, Freiburg believe in total football and like to play the ball out from the back. Here we can see the Freiburg defence taking up a good position when in possession, looking to stretch the opposition in the wide areas. 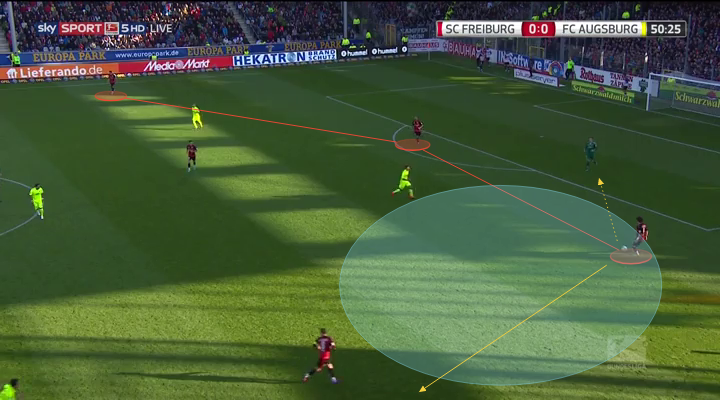 Receiving the ball from his defensive partner, the opposing team already know Söyüncü isn’t the best under pressure. A press from the opposing attacker results in Söyüncü playing a blind pass to Freiburg’s wide man. It’s a simple pass for a defender who is confident in possession, but instead Söyüncü kicks the ball out for a throw in.

Had Söyüncü been comfortable on the ball, he could’ve taken a touch before either playing the ball to his original target, or back to the goalkeeper. Another instance of this was in their fixture against Bayern Munich, Söyüncü dwelt on the ball in the wide area for too long, trying to play his way out of possession, instead putting Freiburg under unnecessary pressure.

We’ve seen some examples of areas Söyüncü needs to improve, his positional awareness and on the ball ability and looking back over further footage, Söyüncü comes across as a rash player, which is to be expected at 21-years-old.

Söyüncü was at fault for Hamburg’s opening goal when he failed to clear the ball on the penalty area on two occasions. In that fixture, Söyüncü was also shown a second yellow for a tackle that he didn’t need to make on the halfway line. Prone to giving away a free-kick, this is something that is more likely to be punished in the Premier League, a physical league in comparison to the Bundesliga.

A Premier League club spending €30 million on one player is nothing in modern day football. However, spending that amount of money on Söyüncü could be a risky move. If he’s going to make it at the highest level, Söyüncü needs another season in the Bundesliga, whether that’s at Freiburg or a side like Bayer Leverkusen.

At 21, joining Arsenal this early in his career for a high fee isn’t likely to reap the rewards, not just yet. However, Söyüncü may benefit from a move to Arsenal if a player like Borussia Dortmund’s Sokratis also joined the club. Joining Arsenal as the potential defensive partner alongside Mustafi isn’t one that’s going to win them the Premier League.

If you enjoyed reading that, you can catch some more analysis here: Niko Kovac – Eusebio Di Francesco 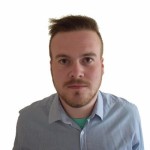