A lot can change in a very short time in football, and Dean Smith is the latest to find that out first-hand. After a poor run of form, the boyhood Aston Villa fan was shown the door by the club, in a move that left supporters saddened that it hadn’t worked out for one of the most popular managers to grace the club in years.

The club have acted fast in appointing Steven Gerrard as their new head coach, but in all the excitement there is a danger of Smith’s departure getting washed over. So, just what went wrong for the former Walsall and Brentford boss? Let’s take a look at a few factors.

The simple fact is that results were not good enough. At the time of Smith’s sacking, Villa had lost their previous five Premier League matches, and supporters were beginning to get frustrated. Constant changes in formation and personnel were not yielding any upturn in fortunes, and so it was no surprise that the Aston Villa hierarchy decided it was time for change.

It was the home form especially that left a bitter taste. Leading 2-0 against Wolves in October, Villa capitulated in the final 10 minutes, conceding three goals and somehow losing the match. That was followed by a 4-1 defeat at the hands of West Ham United in their next game at Villa Park, which left supporters heading for the exits en masse before the final whistle.

It’s a pattern that had been emerging since the second half of last season, and while it was the most recent run of results that ultimately cost Smith, Villa’s chances in the Premier League odds from Betfair have been dwindling for some time.

Much was expected of Aston Villa given the money they spent in the summer transfer window. The arrivals of Danny Ings, Emiliano Buendía and Leon Bailey amongst others promised exciting football and perhaps a challenge for European football, but Villa’s new signings have largely failed to hit the ground running.

Injuries have also cost the team, with Ings and Bailey both struggling with various issues since arriving. All in all, the club’s recruitment drive has backfired somewhat. The failure to capture the signature of either James Ward-Prowse or Emile Smith Rowe was another embarrassing indictment of the club’s transfer strategy.

Another thing that cost Smith was the fact that the ways in which clubs hire and fire managers has changed dramatically in recent years. Despite Smith’s deep connection with Aston Villa, having supported them as a boy, nowadays coaches are not really afforded time to build a real legacy.

In many ways, coaches are treated more like players. Those who perform to a high level that matches the club’s ambitions are retained, while those who sink below the required standard are cast out in favour of a fresh face.

There are few who would argue that Gerrard is a better coach than Smith, but sometimes a change is what’s needed to spark an upturn in fortunes. Smith’s time at his boyhood club has come to an end, and the sadness of that fact should not be forgotten amongst the revelry surrounding Gerrard’s appointment. 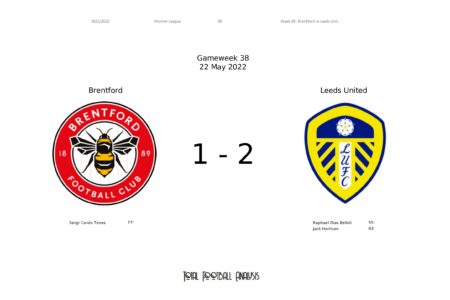 Sunday evening saw Leeds United avoid relegation by beating Brentford 2-1 in the Premier League. We’ve broken down all the […] 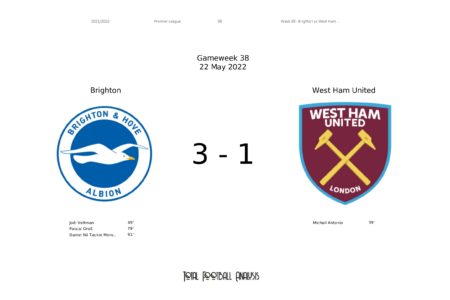